Mafuyu(^q^)/ :Have you been playing smartphone games!?!!

【Dankira!!!・DREAM!ing】Survive! A Special Article for the Latest Smartphone Games!

Mafuyu(^q^)/ :It’s the Age of Smartphone Game War here in Japan! More and more attractive smartphone games have been released, making everybody want to enjoy playing them!

So today! I’ll pick out some of the most impressive smartphone games for you! Get this! They might be so popular that they will be made into an Anime, a Manga and a movie…!! 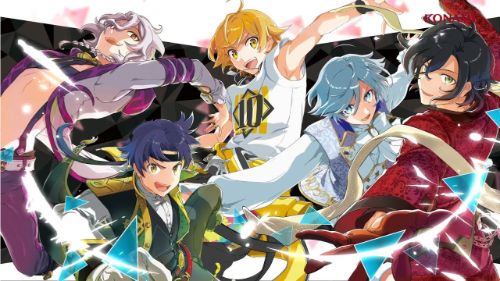 One of the events called “Dankira” mixed of dancing and a killer trick (It’s the combination technique that shows competitors’ originality) hit a huge fever in the whole world! The main characters, as the students who belong to the coach department, train boy dancers who aim to become the “Dankira Master”!

The recent smartphone games tend to express boys’ characters “cute” but in this game, they are depicted more “stylish” because the theme of this game is a dance! The music used in dancing are not the Anime song-type but rather the professional hip-hop or jazz-type~!! To me, I love “TOXIC” team because they are so unique~!! I couldn’t but laugh by the comment “They’re not the team, who dance outside in a daytime!”! 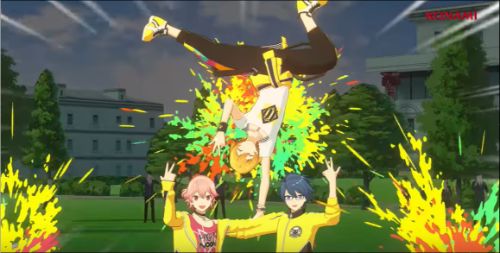 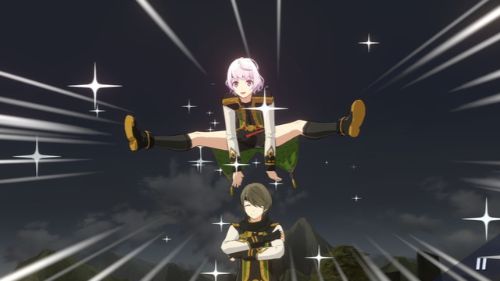 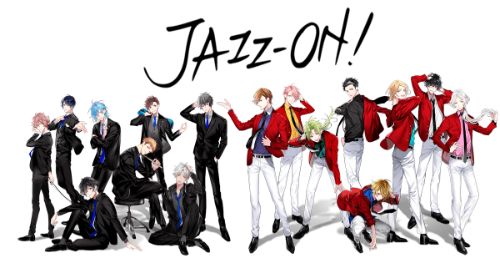 A new-established unified high school kept two JAZZ clubs from each of the two abolished schools.

One is called “Swing CATS”, where they professionally perform JAZZ.

The other one is called “Hoshikuzuryodan”, where they enjoy Anime Song JAZZ.

What is the story by the two JAZZ clubs going to be like…?!

I don’t know when it’s going to release but I already watched the trailer of Hoshikuzuryodan, who loves Anime song jazz, “Senbon Zakura”, and it was so lovely…! Maybe it’s going to be a classic type game, like a rhythm game? I still don’t know which genre it is going to be but they’ve already announced that its CD will be released so it could be just like Hypnosimic, developing mainly the music?? 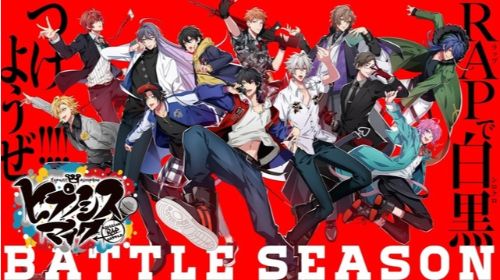 I’ve heard that there are some newbies who are completely the beginners for the JAZZ. This reminds me of K-ON!... Can’t wait for another news!!

Mafuyu(^q^)/ :This game’s setting is interesting!!

Even though this game is not like a rhythm game or a puzzle game, the setting where we have to liven up the theme park (where the Heroes work) by saving crisis of town, is interesting~! You see the traditional hero-type story always hold two issues; one to defend peace in town, the other one to fix the character’s private life… It looks like this game is not the exception, which is awesome! By the way, not only the Heroes but the villains will also appear in this game! 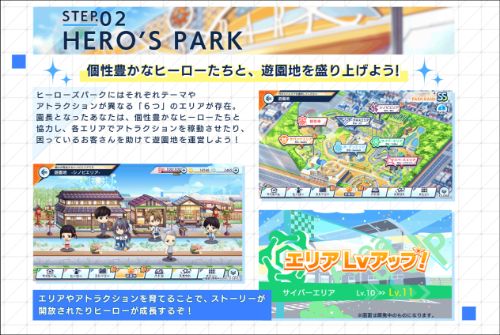 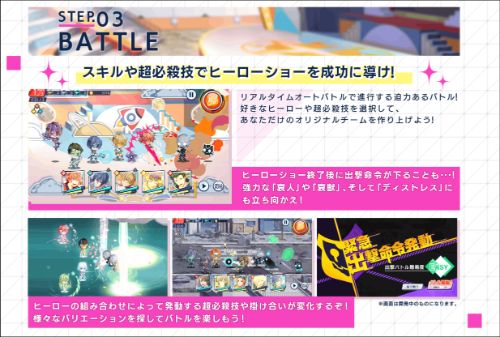 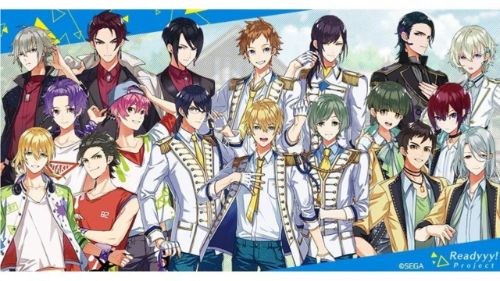 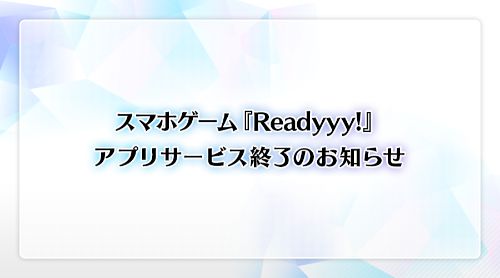 Mafuyu(^q^)/ :But guess what? Tons of their Goods are being released so check them out!!! 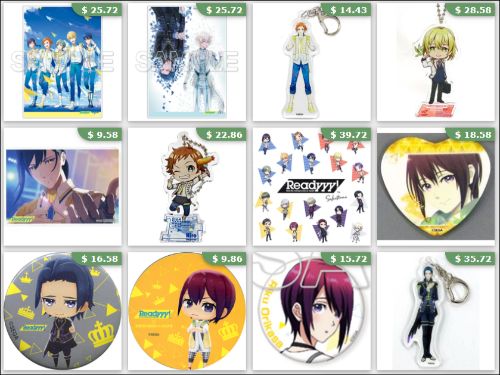 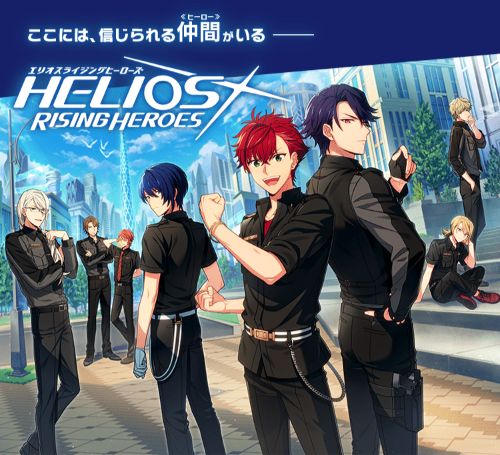 The latest app game, releasing in 2020 (tentative)! It’s the Hero training command battle RPG, taken place in the big city, where heroes who were separated into four sectors, will grow together, trying hard! The story develops under the theme of “teamwork” or “friendship”, grouping each team with the rookie and a mentor.

Speaking of Happy Elements, it’s the game producing company, which also released Ensemble Girls! Or Ensemble Stars! Even though no details have been announced yet, the command battle is usually the one, where we fight against the enemies, selecting the buttons or the techniques! So! I have a feeling that there will be the “fighting against the villains”!! Maybe it might collaborate with Ensemble Stars!...!? 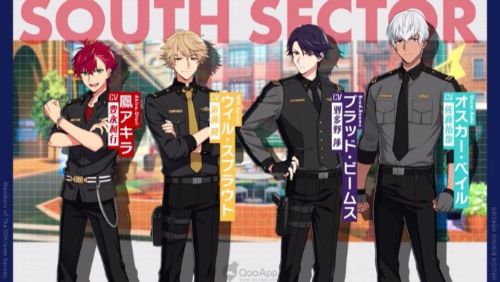 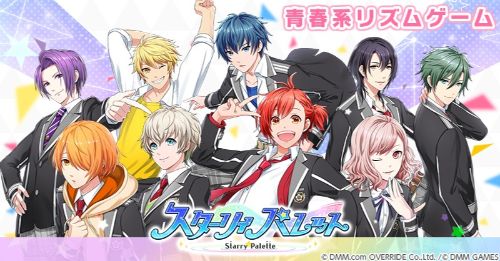 It’s a rhythm game app, where nine apprentices idols who go to the idol training school and the main character, who manages the idol club, face difficulties together! Usually the idol training games are not the rhythm game but this focuses on it! It’s quite hard for us to do it using only four fingers and it reminds me of SHOW BY ROCK!, which I used to play!!

Mafuyu(^q^)/ : This game… the rhythm game is professional!! 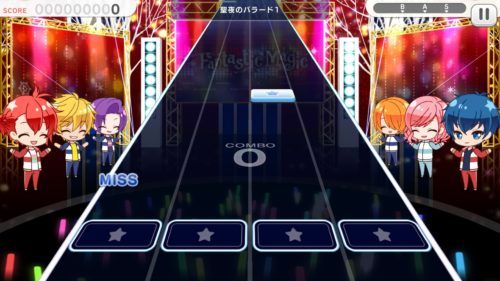 By the way, I noticed it when I was writing this article but… it will stop distributing the service on September 6th, 2019… which means…….One day after this article is updated… the service is finished…. Wh… why…? 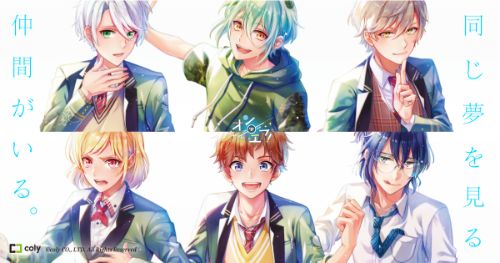 It’s rare for the recent training-type game… but yeah! It’s a “voice” actor / actress training app! The player is a girl student who is a scholarship student from the prestigious school. She spends school life with other 30 students who are aiming to become the voice actors! By the way, the 30 students are all boy students!!!

Mafuyu(^q^)/ :This game focuses more on the storyline!!

This game is a voice actor / actress training app but… I’m a little curious. I wonder how the voice actors /actresses usually train… A3! is famous for training the stage actors / actresses but this time, it’s the “voice” actor and actress! I’m simply curious about what the whole year of the voice actor school is going to be like…! What the voice actor does is not only dubbing, you know? I shared this one with you because we will know such info too!! 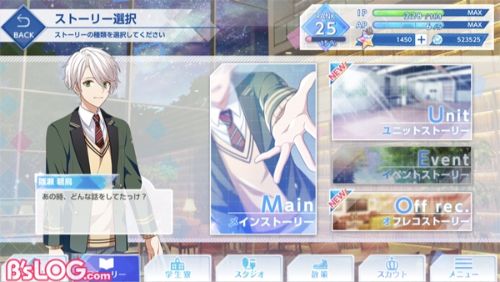 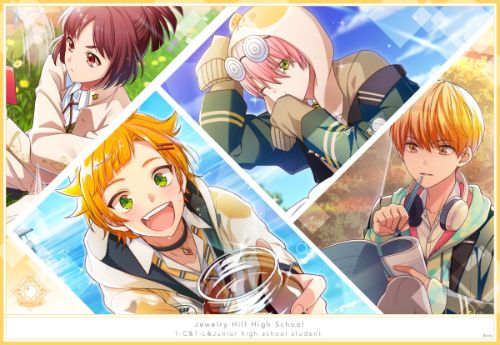 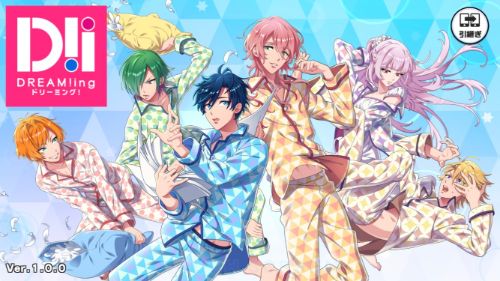 Genre: Bonding training game by the boys who have a faraway look

It’s a story about the future, where there is a new technology of sharing their dreams with others.

At a school, where talented students come from all around Japan, the students who graduate from school with the top grade, are promised to be the authority, “whose dream would definitely come true”. The assignment of such a special advanced class is “The pair has to share each other’s dream and perform something together to attract the audience at the Yume live concert” and the pair also has to be popular!

Which pair will be the best performers at the “Yume live concert”….?

What… what does it mean…? I bet you wonder why but this game is not like the typical training games, where “there are players’ doubles, who support the characters”. In short, we, the players, are just supposed to watch over the students’ struggles… This setting is so rare as well as this world view, huh? By the way, we can select the pair freely! We can participate the “Yume concert” with our favorite Chara too! 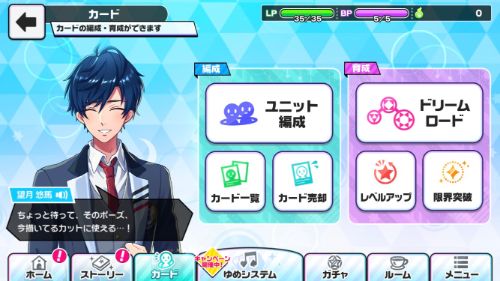 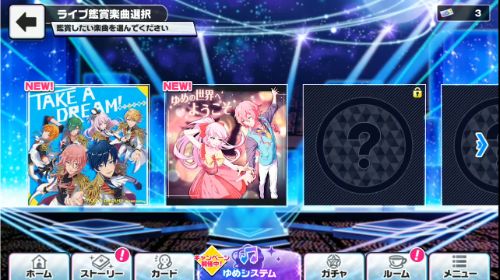 Mafuyu(^q^)/ :I was surprised though… there are some titles, which I picked out, will be finished before I complete this article…

Mafuyu(^q^)/ :So you guys! As for the smartphone games… the popularity matters!!!

Ah~ I’m interested in this game… but now I’m busy so I’ll play it when I have time… Watch out! Maybe the service might already be over!!

So give it a try NOW, even for about half an hour! And let’s cheer them up so they can be a popular smartphone game!!