【Extra Edition】Travel with Anime Merch! Went on an Onsen Trip with GR Members! 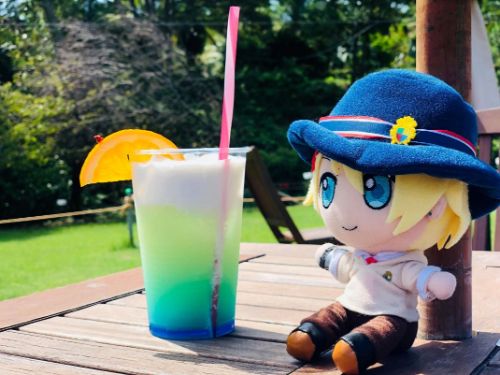 Mafuyu(^q^)/ :So… yeah! I went on an over-night onsen trip to Atami with the members of Goods Republic and Otaku Republic! Of course, I brought some of my favorite Anime Merch too~!! Check out how lovely all the pictures will turn out to be!!

Atami is a famous sightseeing spot, located in Shizuoka Prefecture, in the south-west of Tokyo. We can see both retro cityscape and the latest onsen (hot spring) facilities. Since it’s close to Tokyo, many sightseers visit here. 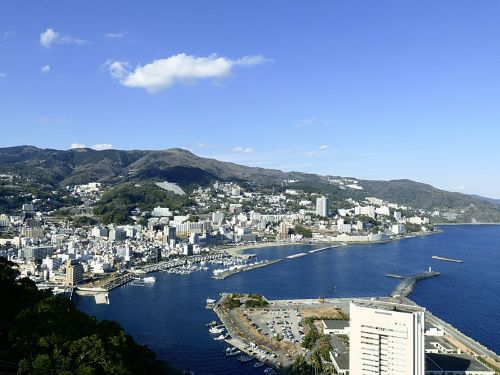 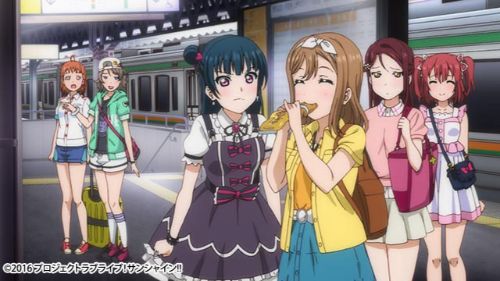 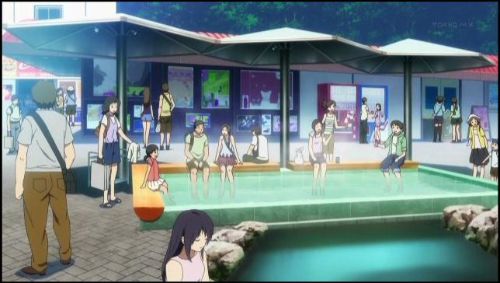 Mafuyu(^q^)/ :First off! There is an island called Hatsushima in Atami and we’ll be sightseeing there! We are now heading for the harbor…. 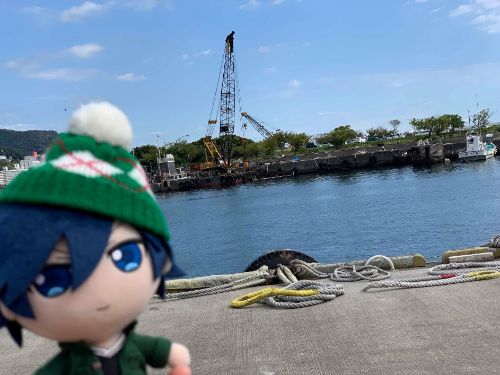 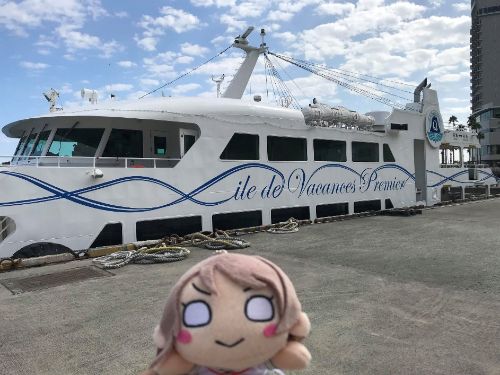 Mafuyu(^q^)/ :Tada~~~! This ferry! You-Chan is already excited, huh?? Get on the ferry and now off to Hatsushima!! 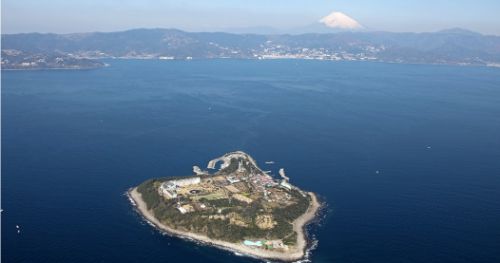 Mafuyu(^q^)/ : Hatsushima is about 20 minutes away from the harbor by ferry and one of the tourist spots, where we can enjoy outdoor activities, Asian garden, outside pool, fishing and diving in abundant nature! Today, we relaxed at the Asian garden together! 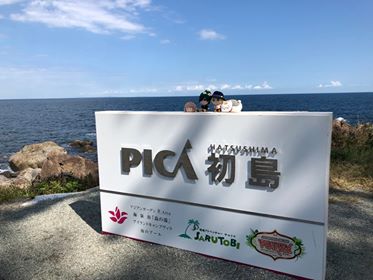 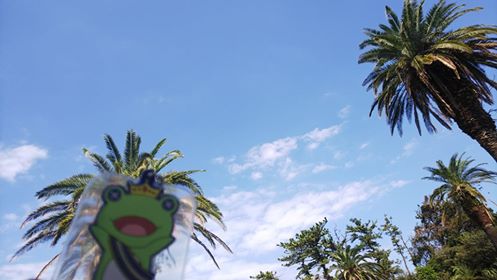 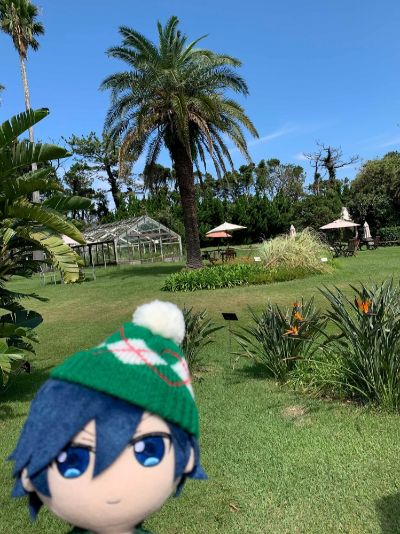 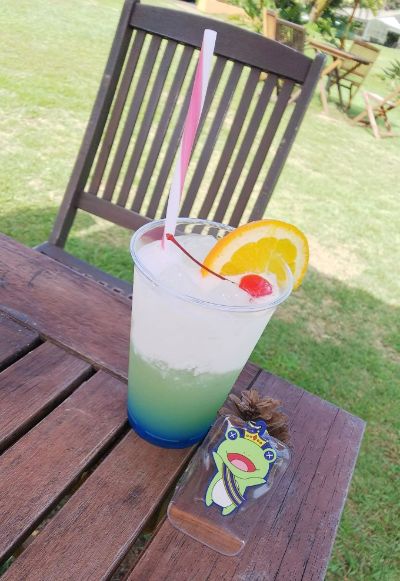 Mafuyu(^q^)/ :It was such a great weather that we had delicious drinks or took a nap, laying down on the hammock… With the sound of the wave from the ocean, we were able to relax together! 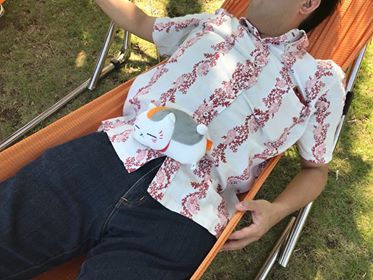 Mafuyu(^q^)/ :What’s more? Another team, who was sightseeing in another tourist spot called, Odawara, sent us these cute pictures! 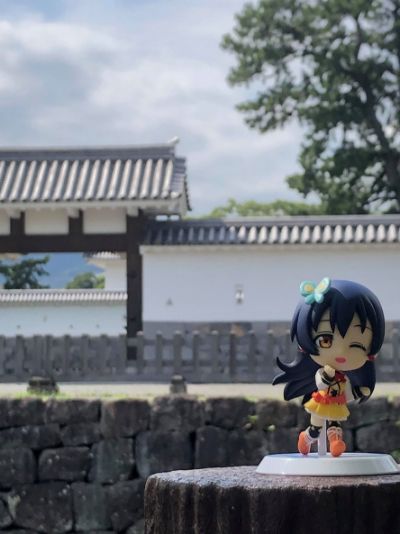 Odawara was prospered as the ‘castle town’, governed by the Hōjō clan during the Sengoku era and was loved by the political and business leaders and the cultural figures, as their ‘leisure houses and residences’ during the Meiji era. Now it’s well-known as one of the tourist spots in Kanagawa Prefecture. This place is great for the history lover, full of historical buildings, castles and mansions where great figures used to live. 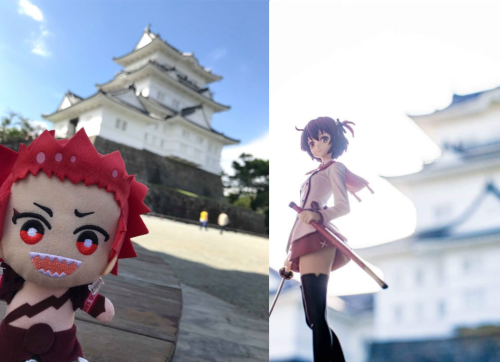 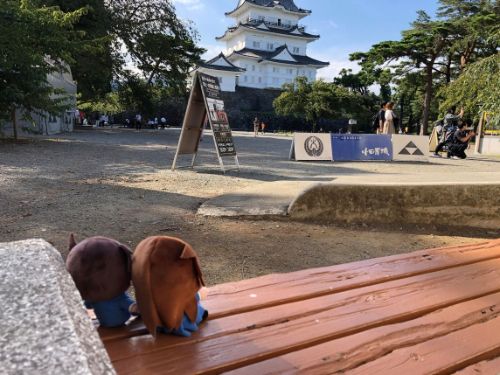 Mafuyu(^q^)/ :What a brilliant castle~!! I see we can do a Ninja experience inside of the castle too! Then-owner of the Odawara castle was the Hōjō, who lead the legendary Ninja, Fuuma Kotarou! So you’ll see full of attractions, which relate with Ninja! 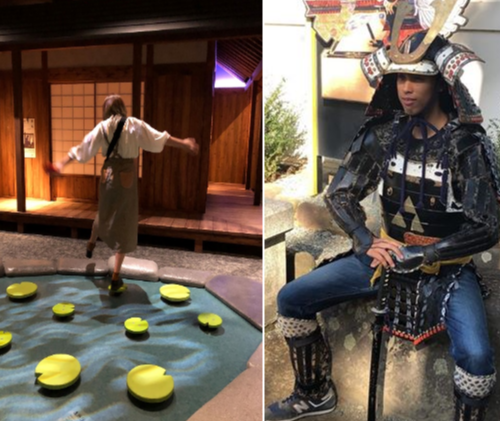 Mafuyu(^q^)/ :Of course! They do have delicious sweets and gourmets in Odawara! It looks like they ate yummy sweets as well as visited the Odawara castle! They are both cute and delicious, huh??? 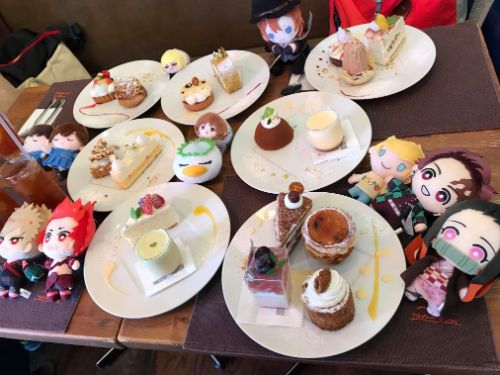 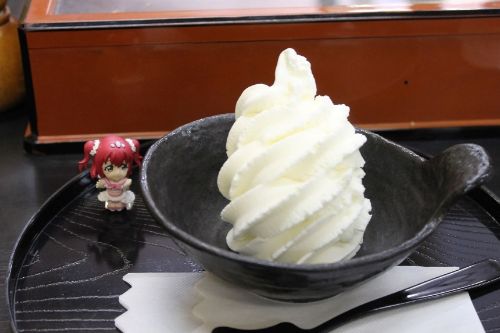 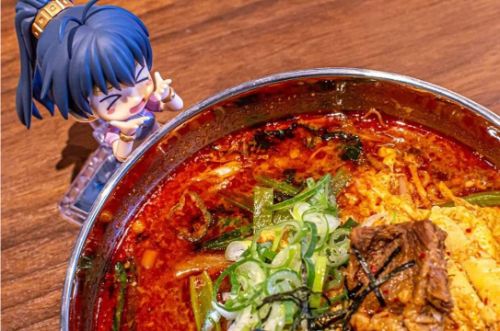 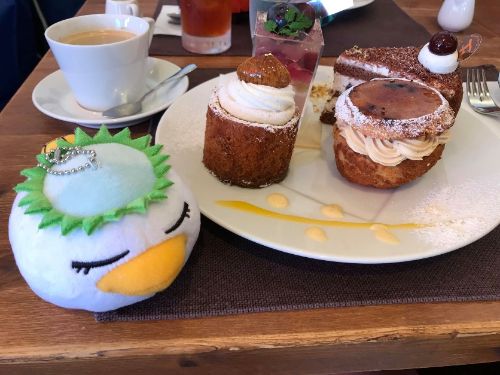 Mafuyu(^q^)/ :The hotel we stayed in was awesome too~… Since it was by the sea, both the night view and the sunset were so beautiful…!! 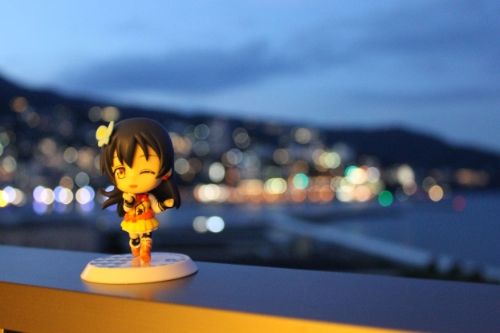 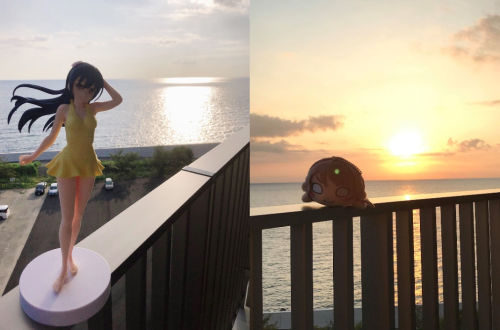 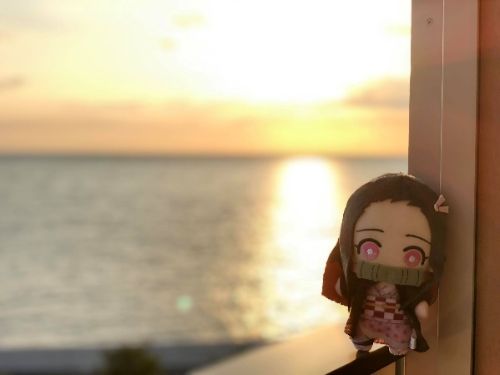 Mafuyu(^q^)/ :Both breakfast and dinner were luxurious all-you-can-eat buffet style!! I have to say that the roast beef was especially delicious! Of course I took only the amount I could eat and didn’t waste any food! 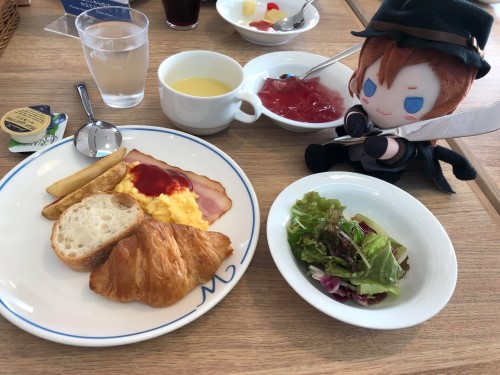 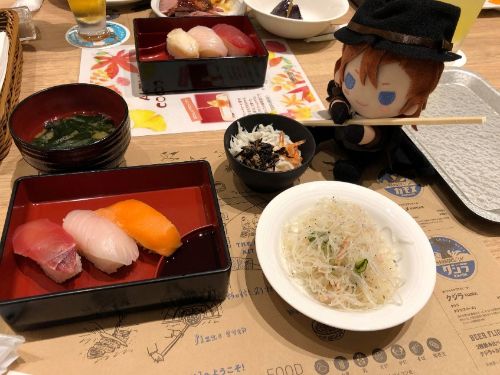 Mafuyu(^q^)/ : How was it?! Don’t you feel heartwarming just to see Anime Chara in the memory of our trip…!? Why don’t you go on a trip with your favorite Chara? 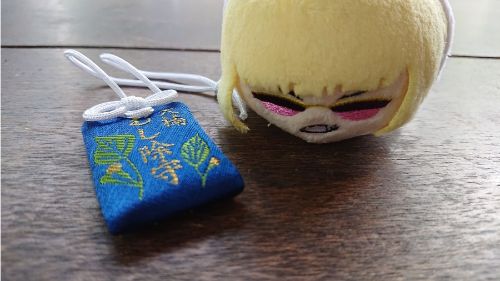 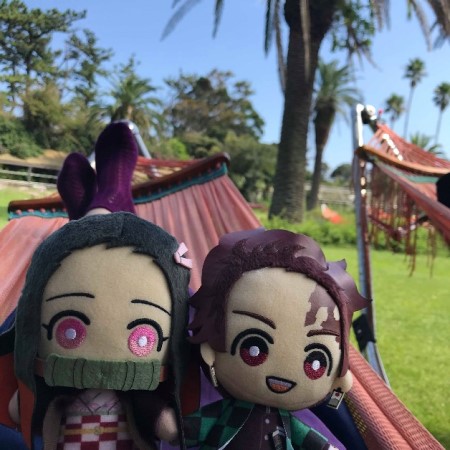 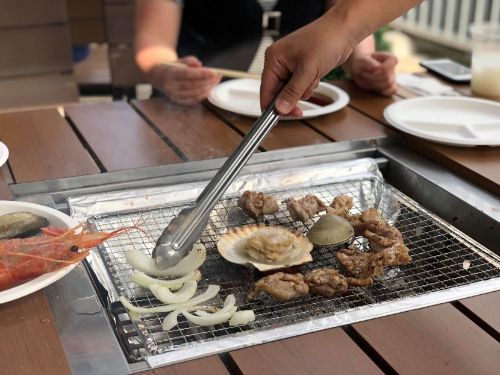