Mafuyu(^q^)/ :Episode 1 and 2 of Fate/Grand Order aired…. Since I prepared for it by the article, I was able to mostly understand the whole story!

【Fate/Grand Order】I had a FGO Otaku Explain It Clearly. 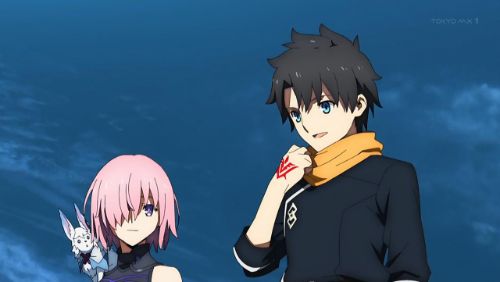 Mafuyu(^q^)/ :For today’s article! To get to know more about the world view of Fate/Grand Order… Hehehe! I went there! The Anime’s sacred place, Ikebukuro! I joined the new-type real event, where we can feel Fate/Grand Order×Sky! 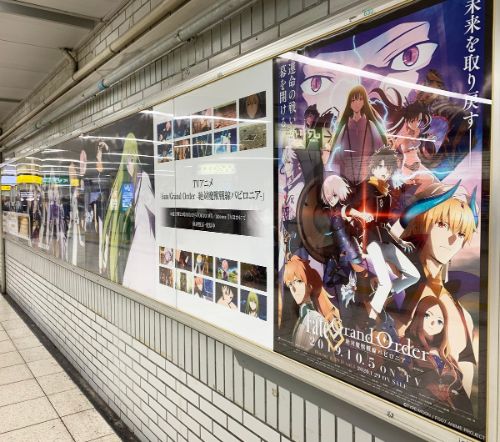 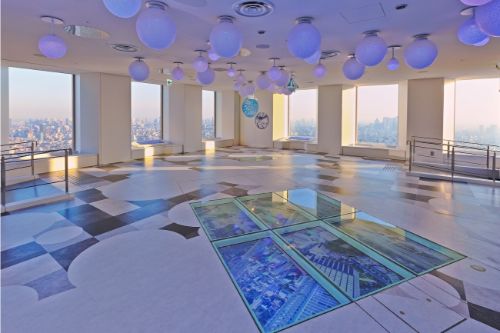 Mafuyu(^q^)/ :It’s the observatory which is located 125 meter (≒410 feet) above sea level. The event includes displaying newly-drawn illustrations, Anime’s scenes, casts’ actograms, a stamp rally project, a store for special Goods and a restaurant offering the collabo menu, which we can definitely enjoy FGO more!! This time, I’ll share the special illustration displays, collabo menu at the restaurant, and the stamp rally project!!! 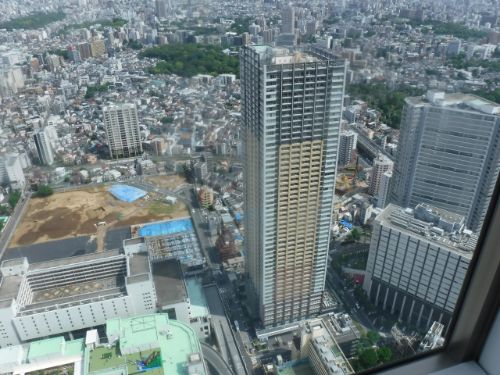 ★Here I am! The special displays on the observatory!! 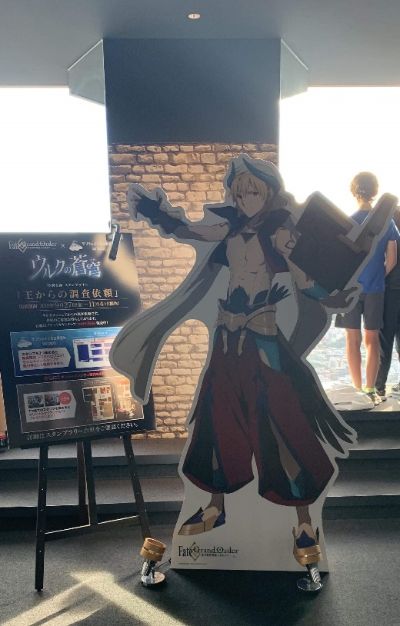 Thinking about that, I kept walking to the room…!!!! 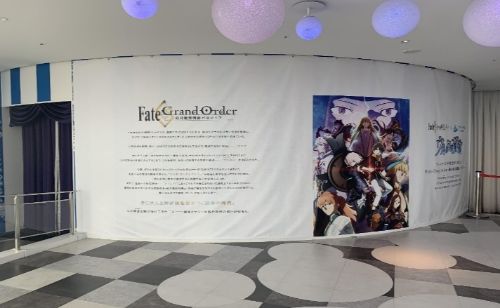 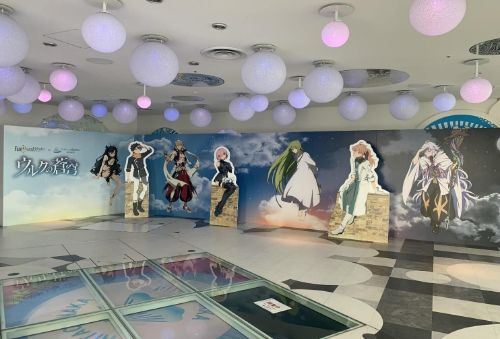 Mafuyu(^q^)/ :Here comes again! There are more newly-drawn illustration panels!!!! We see everybody in Anime, huh? Oh, by the way, on the other side was the observatory,, where we can see the perfect view of Ikebukuro town! Highhhhh~~~~~!!! 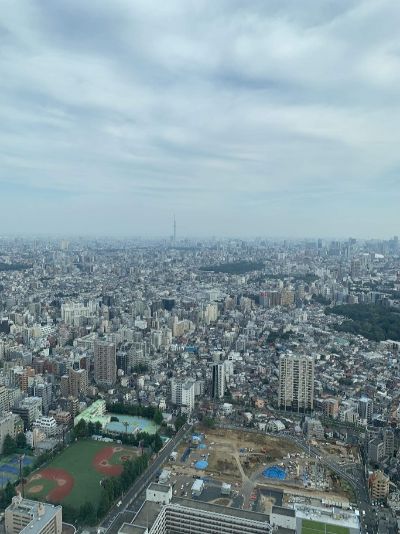 Mafuyu(^q^)/ :It was a little cloudy but we could see TOKYO SKY TREE too. This itself made me super excited! The Chara we can see in Anime were here and there so I felt so happy even though I’m still the beginner of the Anime!!! BUT! As I kept on walking… 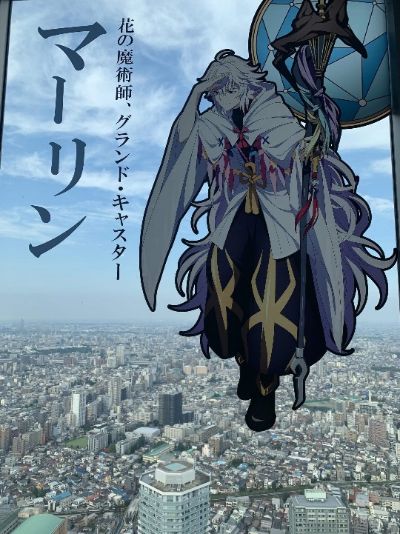 Mafuyu(^q^)/ :Guess whaaaaat? Merlin, who was shown as the illustration earlier, was looking down to the town… What’s more? There was a round mirror table in front of the window…!! 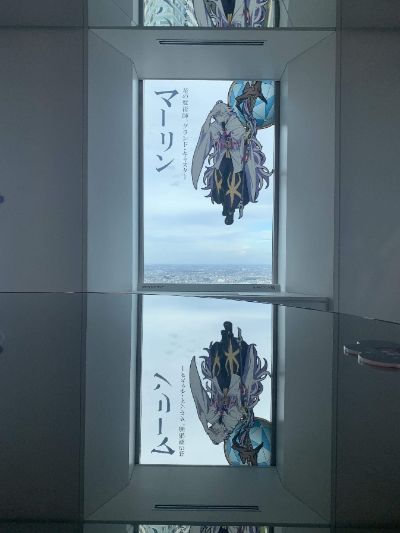 Mafuyu(^q^)/ :Like this, we could see as if Merlin was in the kaleidoscope too! It was such a lovely display! You might not be able to feel real but actually, it was beautifully reflected and so pretty…!

I already felt missing but kept walking. Then!!!! 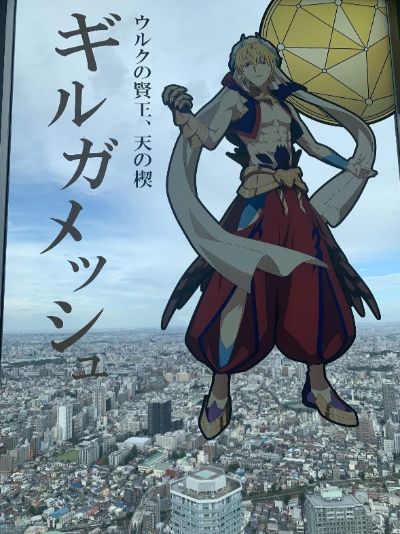 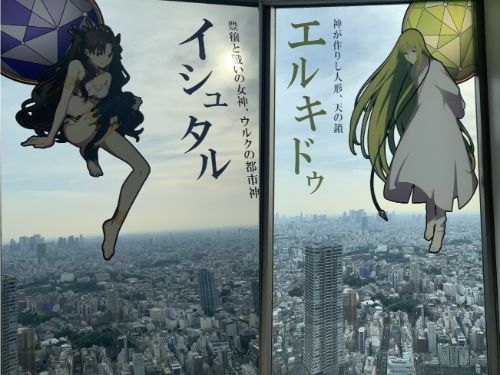 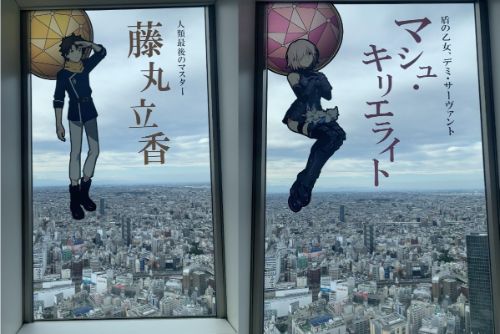 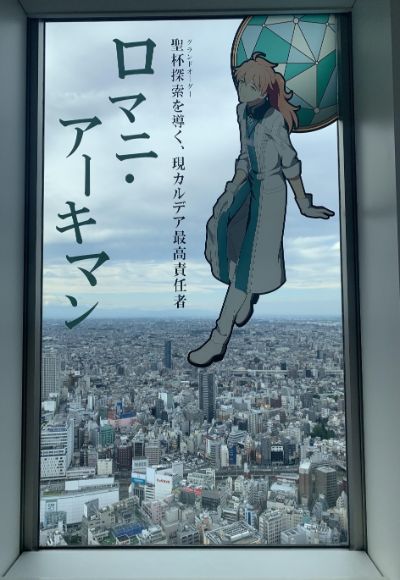 Mafuyu(^q^)/ : While the main character Fujimaru-Kun, was “looking up”, people who they meet in Uruk are “looking down”, which was awesome and well-balanced! The King Gilgamesh was the only one who was staring straight, which seemed to have a deep meaning…!

And this one is the display on the hallway. 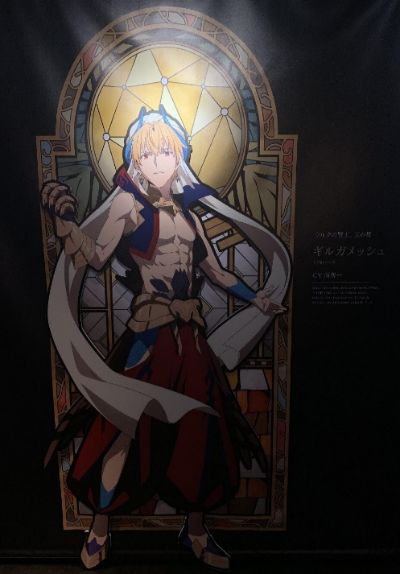 I watched Episode 2 too and I thought he was the best【KING】-like【KING】among the ones I have watched recently. He is such an awesome Chara that we can feel that he is the King just by hearing him speak…!! Noble….!! Even though he didn’t appear much in Anime, I’m actually into him. 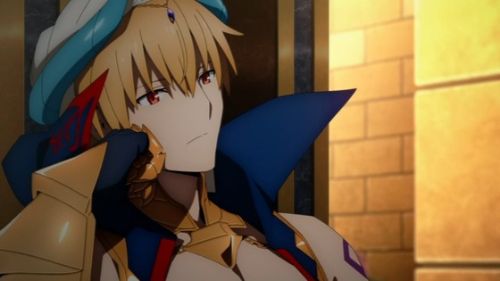 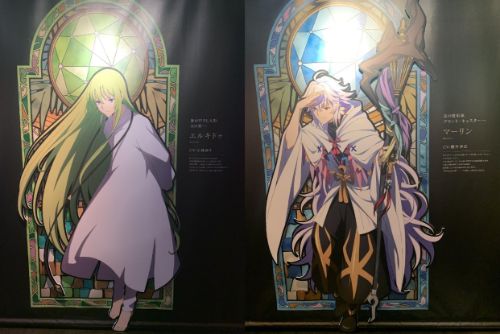 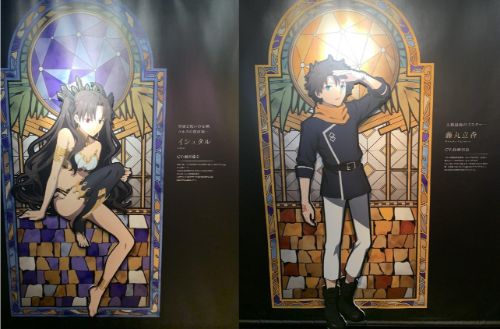 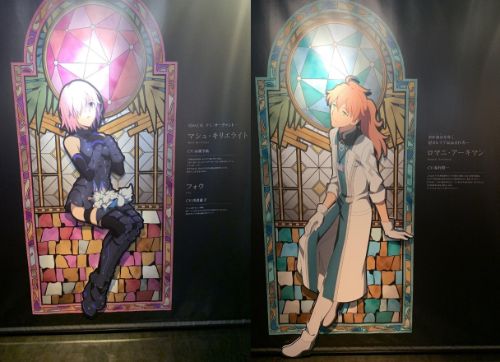 Mafuyu(^q^)/ :Watch other characters’ background too. When you see them clooooosely, they were drawn, just like the stained glass. That’s why they were displayed on the window, huh????? Since it was cloudy that day, I really couldn’t see them clearly but if we come on sunny day or in the different time, you might be able to see them differently due to how the light sheds?!

Mafuyu(^q^)/ :After I enjoyed the observatory fully, I went to the restaurant in the Sunshine City! I had two dishes from the collabo menu! 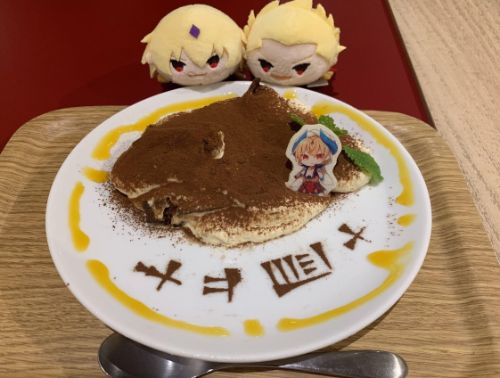 Mafuyu(^q^)/ :Cu…cuteeeeee~~~~~! It’s a deformed Gilgamesh~~~~ he’s super cuteeeee~~~! The MochiMochi Mascot, which I brought with me because Saori Senpai advised me to, perfectly matches with it!!! (I thought I should have taken the pictures with them in the observatory too then…!!)

The yellow sauce on the edge of the plate was a mango sauce which was the image of Gilgamesh’s gold color. Cuneiform character was even written with the cocoa powder too! What does it say?

It tasted good too with the cheese flavor and bitter taste, just like tiramisu for adults. I should say it was the sweets of the King! No.2 is this! 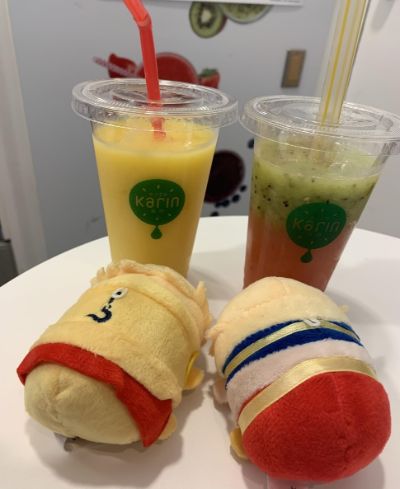 Mafuyu(^q^)/ :The one on the left is Gilgamesh, the one on the right is Enkidu! It’s the Chara image drink! Gilgamesh was mango and orange juice and Enkidu was kiwi and grapefruit juice! I gotta say it was sooooooo..........tastyyyyyyy~~~~~~~~~~!!!

It was so fresh with pulp and thick too! It was the best! All the food and drink that had the images of my characters looked good, tasted good and made even my mind full!

★Keep a trip to your memory! Stamp Rally!! 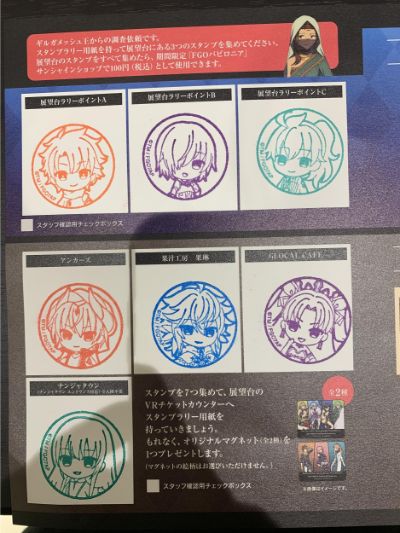 Mafuyu(^q^)/ :I will not say the place because it could be a spoiler but there were three stamp booths in the observatory and four in the Sunshine City, so seven in total!

All the deformed characters were so cute and the color of each stamp were just like their images, huh? I really liked such detailed ideas on this project!

Since the Sunshine City was pretty spacious, I completed, getting lost sometimes! I got a magnet of the King Gilgamesh that I’m now a little into as a prize~~~~~~~! I’m happy! 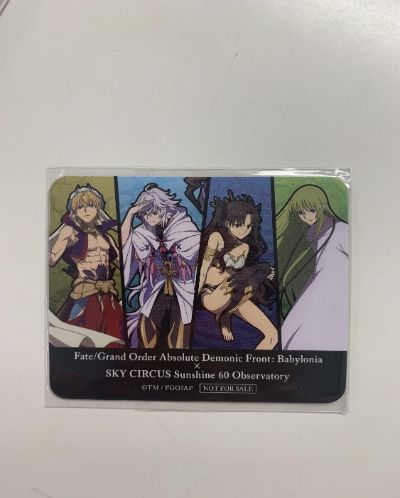 It was such a lovely FGO real event, where I could see a beautiful scenery, eat delicious food and drink, and even get the souvenir too…!!!!

There are more places, where they hold the special projects, collaborating Anime titles and the commercial buildings besides the Sunshine City. One of the best parts is that anybody can casually visit! If you have a chance to come to Japan, why don’t you look it up if your favorite Anime is collaborating with some places?