Mafuyu(^q^)/ :Hi guys! About a week ago… do you know there was a big change in a certain Anime?! There used to be four teams but another team was added on October 30th and November, making it SIX teams in total! Now new media and scenarios have been developed with six teams!

【Hypnosismic】Osaka Division Made a Debut!
A Special Article for NEW Unit Members With Nagoya Division! 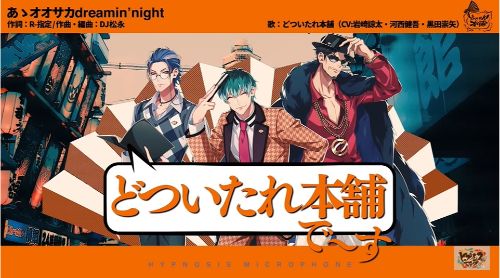 Mafuyu(^q^)/ :The news that Osaka Division made a debut was announced on a large scale, not only through Anime events but also through the newspaper!

Dotsuitare is one of the Osaka dialects, meaning ‘knock someone down’.

Hompo means a ‘head store’, where they produce and sell particular items.

Mafuyu(^q^)/ :… That means it’s an ‘exclusive unit who knocks someone down’? Since there is a comedian in this unit, it might mean an ‘exclusive unit of vaudeville duo’, which is one of the comedy elements….? Maybe it might be the unit where one becomes a funny man and the other becomes a straight man….? 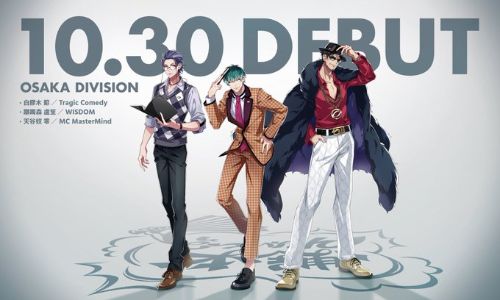 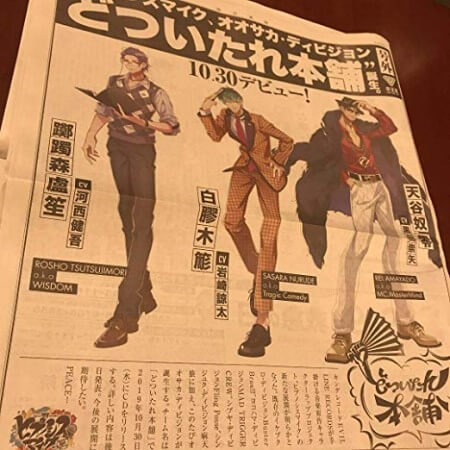 Mafuyu(^q^)/ :So today! I’ll introduce the members who belong to the Osaka Division. They have pretty strong characters just like other units…! 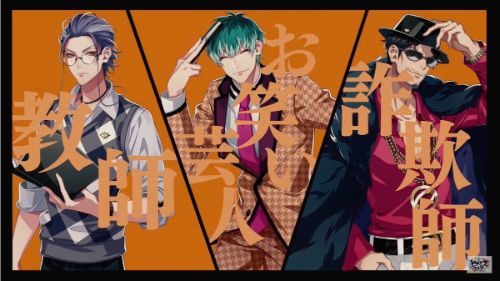 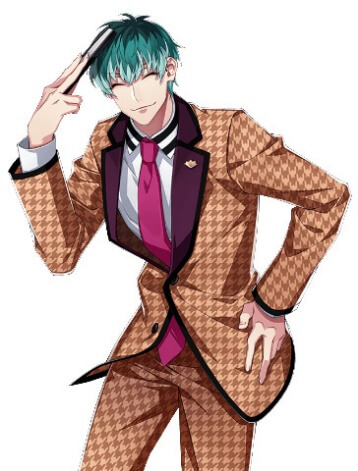 The leader of Osaka Division. He loves to make people laugh. His conversation skills always make people laugh but in his private life, he somehow keeps giving everybody ‘dad jokes’. He used to pair up with Tsutsujimori Rosho, who was also a member of the Osaka Division but they ended up breaking up the duo since Tsutsujimori was painfully shy that he couldn’t talk in front of people. He realized that he was far behind Nurude when it comes to talent in conversation. He used to smoke in the past version but now he no longer smokes, having candies, instead.

Nurude used to pair up with Aohitsugi Samatoki, who was the leader of Yokohama Division, and govern a part of Ikebukuro. You’ll see more details in the prequel of comics version. However, things like why he was in Ikebukuro or why he paired up with Samatoki-Sama, haven’t been revealed in the sequel yet… I wonder what happened to them… 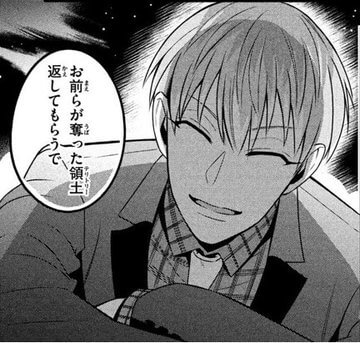 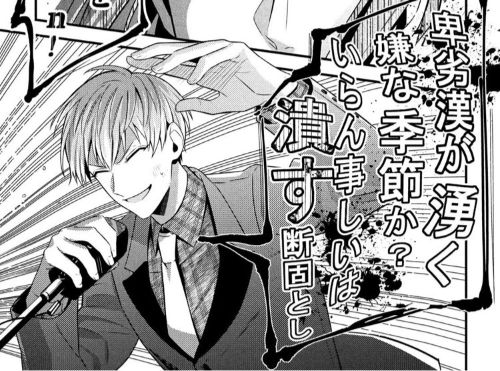 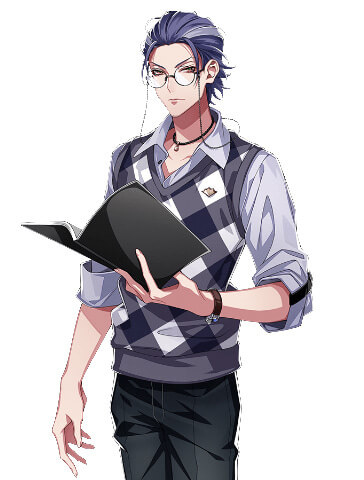 Nurude Sasara and he used to be in the comedy duo before.

He is popular and dependable among all the students. He knows he gets too nervous in front of many people that he really cannot speak in front of them. That is why he chose to take a path with Nurude-San in Osaka Division, after he left the comedy duo.

He’s the only one who haven’t appeared in the comics version so there’s not so much info about him. I assume that we’ll know more about him in the drama part, which could be in the unit CD. Check it out! 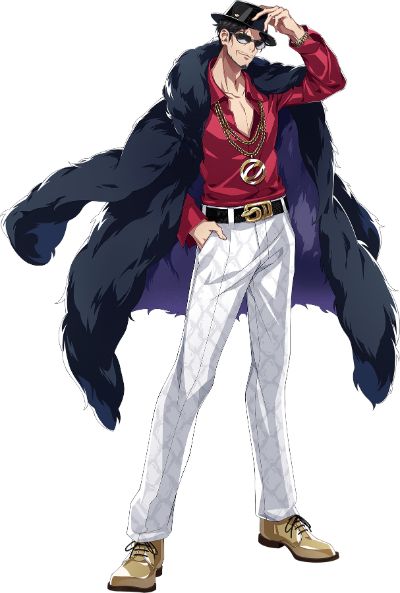 He is a 43-year-old man, who publicly calls himself a swindler.

He is very sociable, always with smiles on his face but he also does whatever it takes to make things work. He has his own aesthetics, where he has belief that he never breaks his promises.

Actually, he has already appeared in the comic version, where he contacted with Yamada Saburo, introducing himself with Yumeno Gentaro’s editor. I have no idea what he did in the past version, but it’s possible that he was active behind the scene. 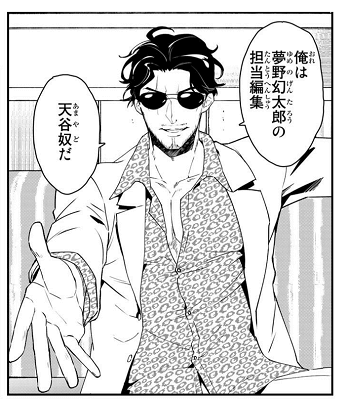 Mafuyu(^q^)/ :So! Who’s gonna be the members of Nagoya Division “Bad Ass Temple”, which will debut on November 27th…? We really don’t have much info but let’s check it out! 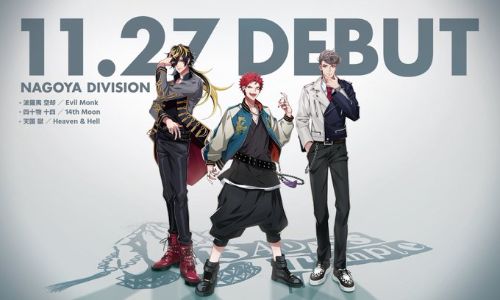 Mafuyu(^q^)/ :The name of the unit is Bad Ass Temple! They haven’t officially given us where this name originally came from yet but we do know that there is the oldest temple in Aichi Prefecture, Japan, where Nagoya is located and the word “Bad Ass” as a slang means【Super Cool!】too.

And there’s another assumption: “Dera” (temple) means【very】in Nagoya dialect, which might mean Super super cool!... I wonder who named this unit anyhow… 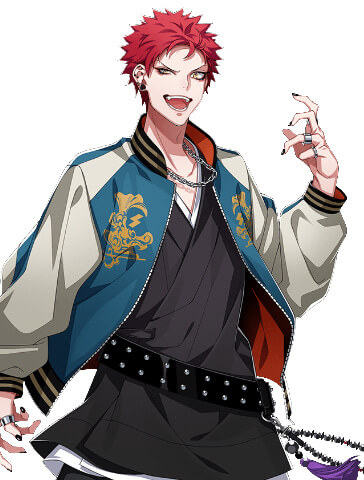 He is a son of the historical temple but nobody would think he is because he talks rough.

While he looks frivolous, he is such a hard-working person, who completed the training when he was 14 years old, which his father could not do.

He used to pair up with Ichiro as a team, Naughty Busters, in the comic version of the prequel. He has a strong belief where he never betrays his buddies. 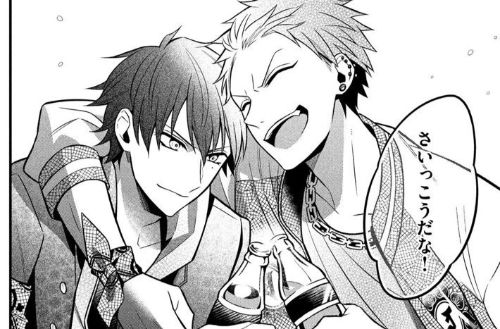 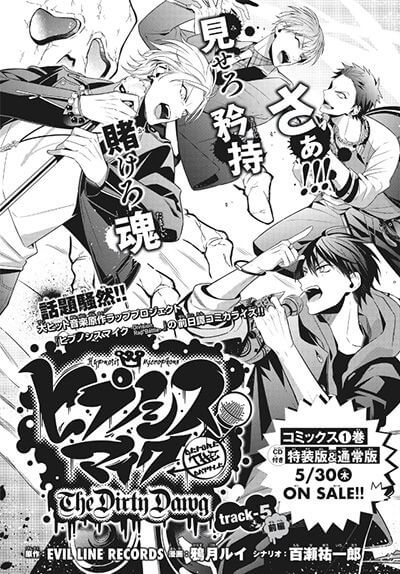 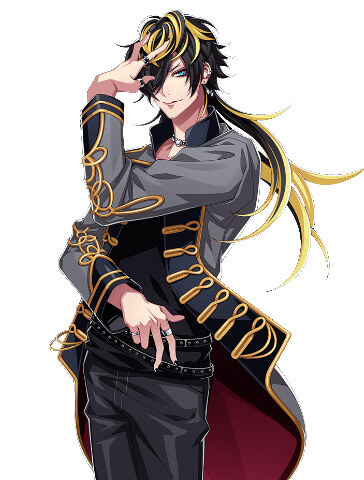 Occupation: A vocalist of the visual kei (visual style) band

He has gotten bullied so bad when he was a student.

At that time, Hitoya (see below) saved him as a counsel and since then, he started looking up at him.

Having few friends, he cherishes a pig’s stuffed animal, “Amanda”. He hasn’t appeared in the comic version yet. 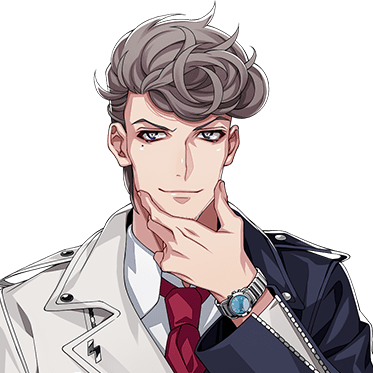 Even though he accepts any kind of work as long as he gets paid enough, he accepts the work from the victim of bullying for free since he really hates the bullying issue. He saved Jushi who got bullied back then and has been looked up to by him since then. He talks rough but easily gets emotional and cannot help but save those who in need.

Mafuyu(^q^)/ :Like this, the members of Osaka Division and Nagoya Division have already appeared in the comic version of the prequel. Not only the comic version, Hypnosismic also has various media development such as a play, a smartphone app and etc…, where you see some different aspects and the story about the past! Why don’t you check out such media besides CDs?