【Uta no Prince-sama】Congrats! I Went to the CG Live Concert!! ST☆RISH SECRET PARTY! 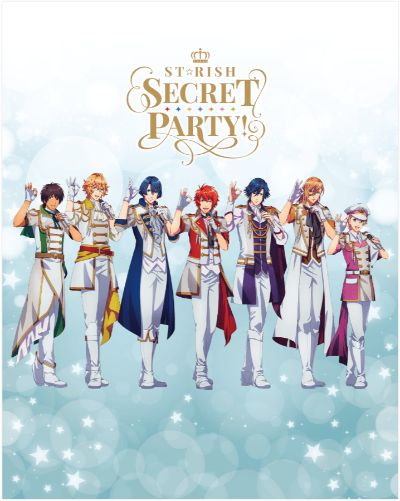 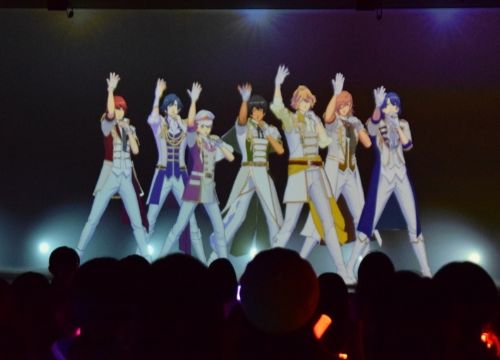 It’s a CG Live event, which all the fans have been looking forward to joining!

It’s a special concert, where not the voice actors, not the movie… BUT the Uta no Prince-sama’s characters themselves sing and dance! It’s literally a dream-like event, where we can see our favorite idols SOOOOO CLOSE!!

Mafuyu(^q^)/ : Yeah! It’s a special CG live concert, where I can see my favorite Tokiya dance and talk on the stage, just in front of me! So many fans have been waiting for this moment too!! PLUS! The character who is in charge of the MC will change in each event, which gives us a different talk style and content…!

Mafuyu(^q^)/ : The Chara who was in charge of the MC when I was there with the ticket which I miraculously got, was Cecil Let me go inside now!! 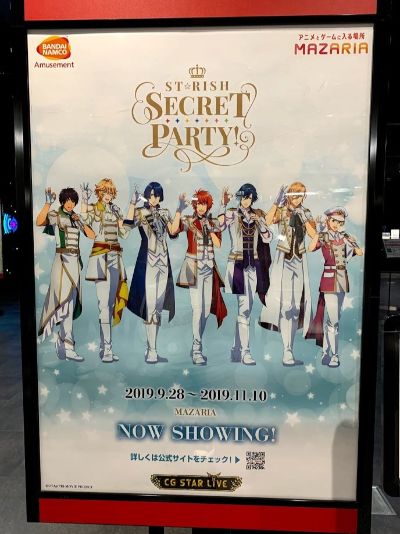 Mafuyu(^q^)/ :Wow, I see many Goods displaying beautifully, releasing for this ST☆RISH SECRET PARTY! Shushu (chouchou) are stylish but the acrylic stands are so cute too, huh~??? I came here for the live concert today but these New Goods attracted me too… 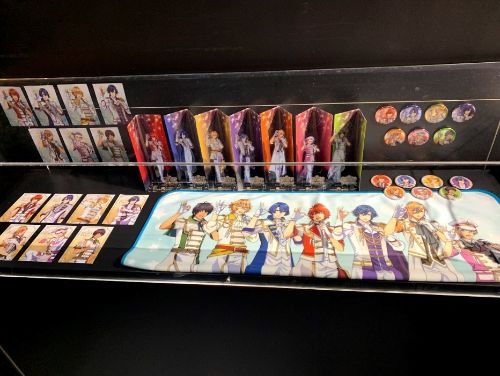 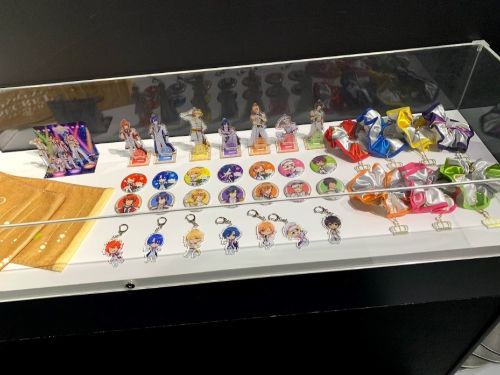 Mafuyu(^q^)/ :And when I was guided to my seat, the staff lent me a special penlight! I brought mine too but… it seems that they lend everybody the same penlight! 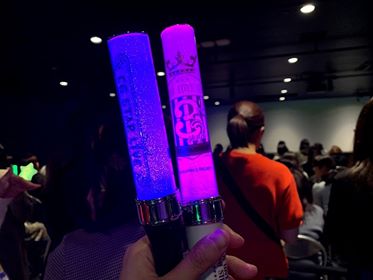 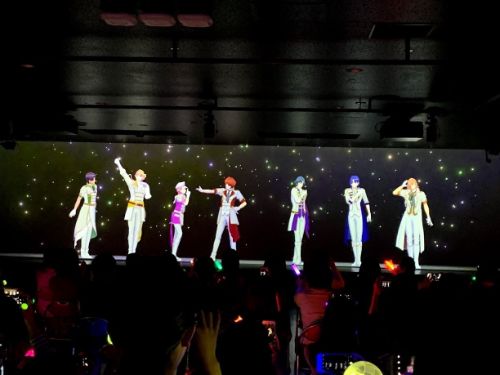 Mafuyu(^q^)/ :For the event, ST☆RISH SECRET PARTY!, this time, there was the time period when we were allowed to take pictures so I took a lot of them!!! We were not allowed to take the video so I can’t share that with you but it was definitely the fantastic time when all the Chara moved and smiled to us!!! 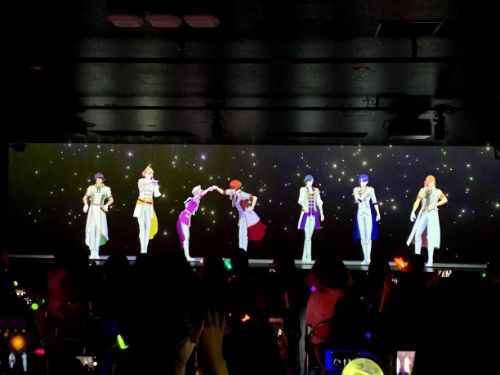 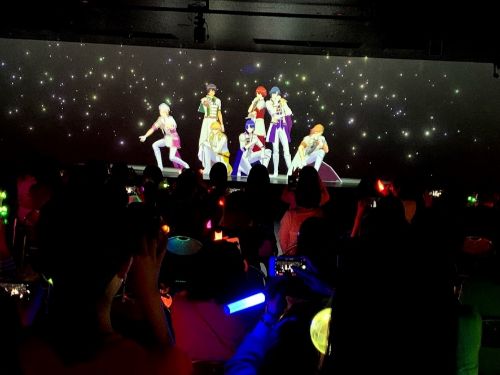 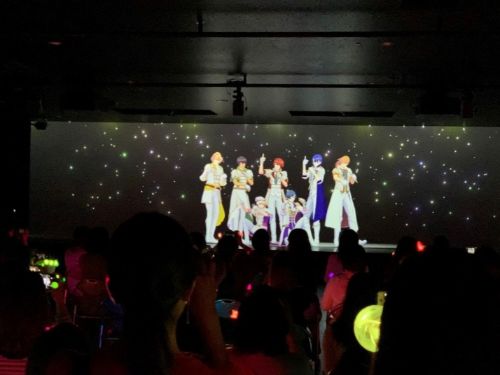 Mafuyu(^q^)/ :The songs they performed this time were Maji LOVE Legend Star, Shining☆Romance, Maji LOVE Revolutions, Maji LOVE2000% and more…! They were all familiar to Uta Pri fans! So I was comfortable listening to them and looking at their dancing and facial expressions as well…! As for Maji LOVE Legend Star, they didn’t show us choreography in Anime so I was super excited to see that today!!!!!!!

We were able to see two talking sessions and for one of them, what they talked changed as the audience requested! It was so special! The titles were…

Answer to us! SECRET QUESTION!

Mafuyu(^q^)/ :The session I saw was【Tell us! SECRET LOVE!】I really liked the way where they changed the topic as the audience requested, especially because it was the live concert!!!! When the audience shouted for a joy most was when they were dancing with the song Maji LOVE2000%, huh…? They were showing us super sharp movement on dance…!!!!! 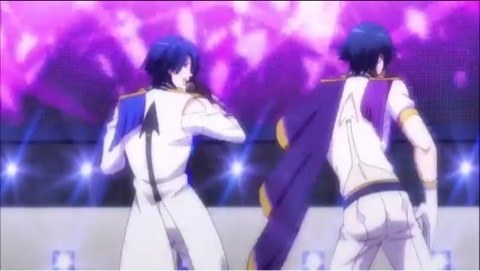 Mafuyu(^q^)/ : Anyhow, it was such a dream-like time… They have had the concert by the voice actors and I’ve always wanted to see the one with the Chara… So! It was awesome!!!!

But yeah, Tokiya had such a great meet and greet with fans! (waving his hands, smiling at us…)

We really don’t see him smile in Anime and games so it was worth coming to the live concert…! I was actually surprised to see him having a meet and greet with fans in the movie ‘Maji LOVE Kingdom’ and now I just saw it in person!!

He looked so happy even though he always looks grumpy. If I remember him having had struggles when he was a student, I just get impressed…!! 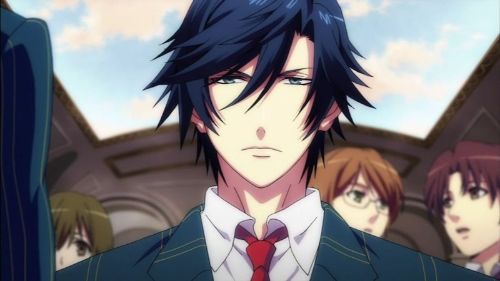 Mafuyu(^q^)/ :I really hope there will be more CG live concerts, where we can actually see the characters, overseas as well…!! It was fantastic, I mean it was just so awesome!!! If you have a chance, go ahead and apply for it! I guarantee that it will be the best live concert ever!!

Already now! I’ll see you guys at the next article! Bye~!