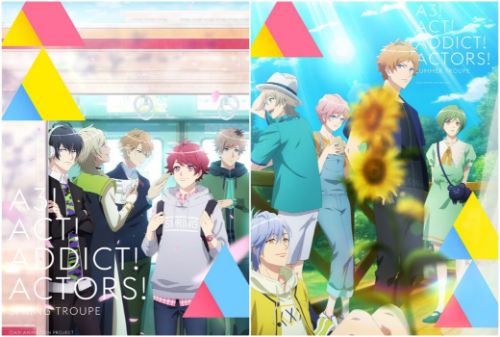 Mafuyu(^q^)/ :You’re reading this article now.. that means you might be curious about A3, which will air or has been on air! Maybe some of you want to learn it before you watch, or others might have already watched it but want to know how I’m going to write about then in this article…?

Mafuyu(^q^)/ :I know how you feel! So today! I’ll write a short article which you can read in about five minutes so you will know what kind of Chara will appear!! 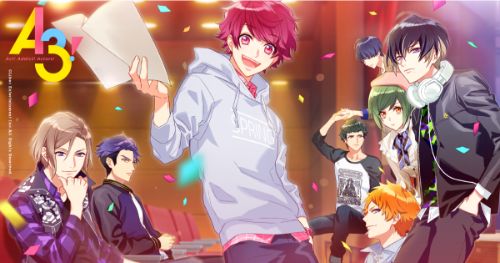 The original is a smartphone app, “A3!”. The genre is a “Training good-looking actors” game. (By the way, the title A3! is derived from the first concept, “Act! Addict! Actors!”)

One day, a player, who used to be an actor, received a letter written to his/her father, who ran away from home. Thinking that he/she might be able to find where his/her father was, the player visited the MANKAI Company, which his/her father founded. However, MANKAI Campany was in bad condition and about to be closed by yakuza (mafia) named Furuichi Sakyo. The player found out that MANKAI had been in debt by 10,000,000 yen (≒ten million dollars), while there were no audience on the closing day and there was only one actor, who just joined on the previous day. The player will try to restart the company on behalf of his/her father as the leader and the director…!! 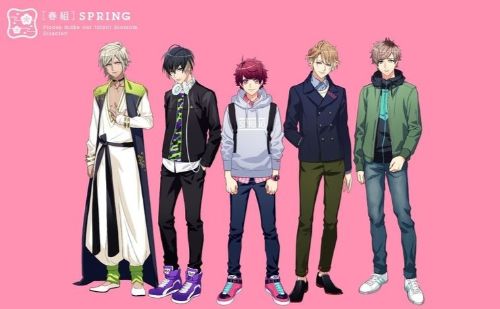 Mafuyu(^q^)/ :The spring team which I will share with you today is FIVE actors, who came to join the MANKAI Company, which was about to be closed! They try their best, playing roles as the actors and preparing for the scenario and the costumes…! 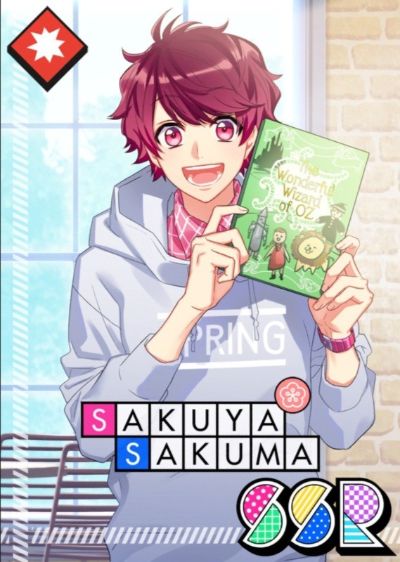 He has loved playing roles since little and joined the MANKAI Company’s audition, knowing that it was recruiting actors who are able to live in their place, while playing. He hardly had experience playing roles before but he tried very hard on everything, knowing that he was still the beginner. That serious attitude has changed other four actors, ended up being chosen to be the leader of the spring team. His hobby is to practice playing his favorite play by the river. 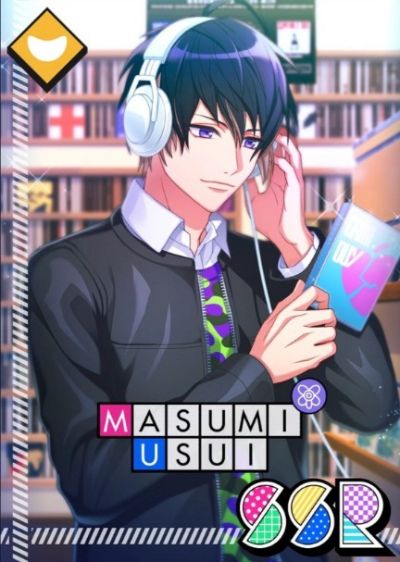 He is the second actor who joined the spring team of the MANKAI Company. He fell in love with the director (player) when they were in downtown. He is also the beginner of playing roles but because he has good intuition and sense, he acquired things very quick. He is genius! However, his negative point is that his motivation never gets higher unless he gets a compliment from the director. He is good at doing a math and listening to music. 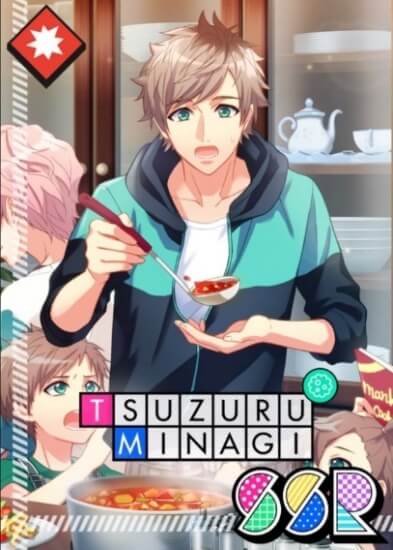 He is the third actor who joined the company and the third oldest son of ten, taking care of his younger seven brothers.

His dream is to be a playwright and his joining the Company means he can save money, living in there, which was one of the reasons why he joined it. He does most part of writing the scenario, which becomes one of the biggest attraction for the MANKAI Company because he is the actor in the first place.

He is good at doing all the housework and has experienced various part-time jobs. His hobby is to find an interesting pat-time job and actually experience it. 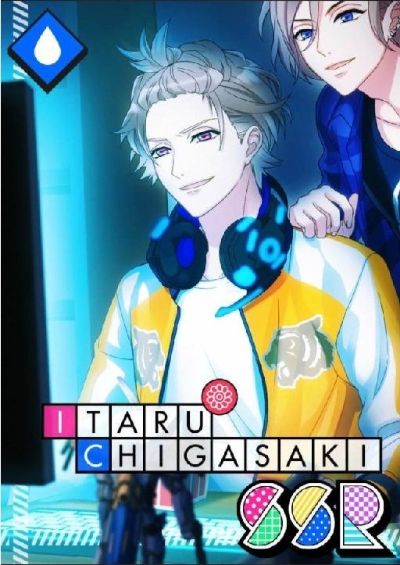 He is everybody’s ideal person at his office since he does all his work perfectly and cares about people around him.

However, he is actually addicted to playing the games. He is the fourth actor who joined the MANKAI Company because he wanted to save money by living in their place so he could spend more money on the games. At first, he joined the Company because he wanted to enjoy the game more effectively but he has gradually realized how enjoyable to play roles and also to create each work, encouraging with other actors. 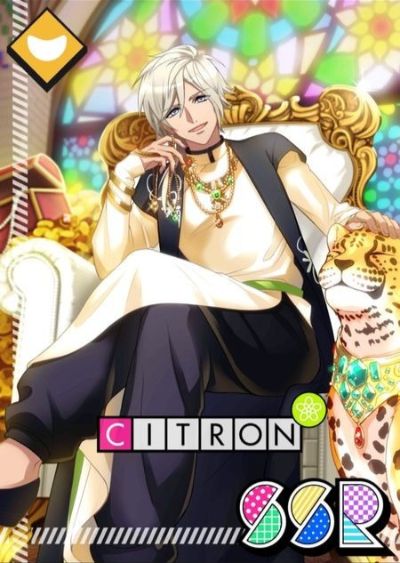 22 years old, an international student (at least he thinks he is)

He is the fifth actor who came to the MANKAI Company without making the appointment and joined it.

Even though he is not used to speaking Japanese, he makes a lot of efforts studying Japanese ad playing the roles enjoyably. He is cheerful and likes doing something fun, which makes everybody in the spring team happy. Since he is good at singing and dancing, he is able to liven up the gorgeous scene while playing roles.

Mafuyu(^q^)/ : Citron’s half-way Japanese is so funny and I love it!

Especially in one of the events, he paired up with one of the spring team members, Tsuzuru-Kun, as a comedian combination called ‘Citrun’, and that event was super funny, which made me like him even more! This is one of the event scenarios, which I want to see also in Anime! Can’t wait…! 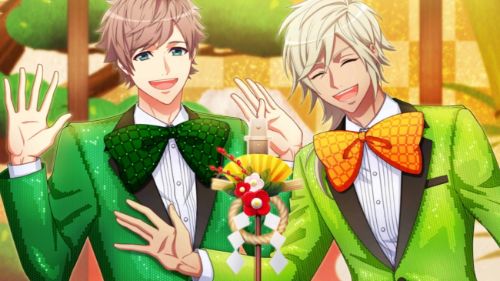 Even though he is always peaceful and calm, he has a huge secret and has secretly been thinking about it, which finally became clear to everybody! That’s his huge gap of when he enjoys playing roles and Japan, and when he thinks about the huge secret seriously! That’s his charm!!

Mafuyu(^q^)/ :So! A3 is one of the 2020 Winter Anime, which I look forward to watching!! Do you think MANKAI Company will be able to pay all the debt back? Above all, how are these individual members going to play?? Look forward to it!

Oki-doki! I’ll see you guys at the next update! Bye~!