Here are FOUR Attractions about Episode 1 of Hanako-kun!! 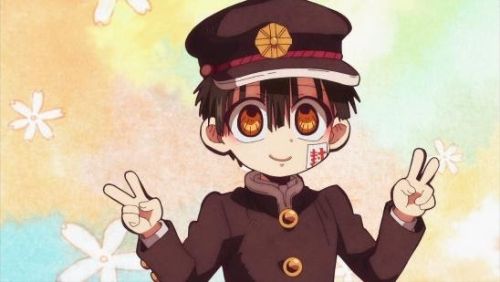 Mafuyu(^q^)/ :So! I’ve read Episode 1 of its Manga version, ‘Jibaku Shounen Hanako-kun (Toilet-Bound Hanako-kun)’ in advance! Since I featured the content of Episode 1 in the previous article, check it out if you want to know more about it! 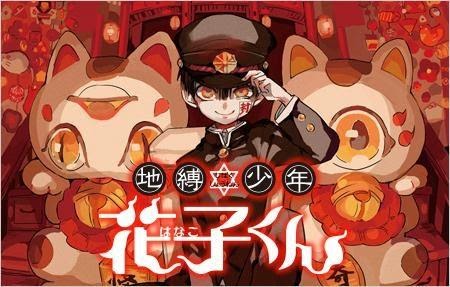 Mafuyu(^q^)/ :Let me get straight to the point! 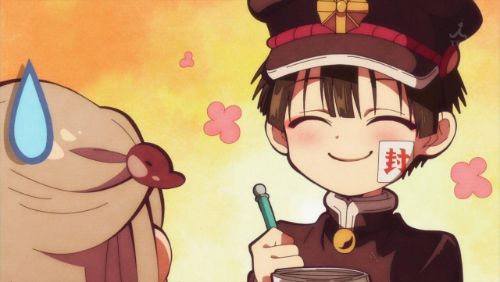 Mafuyu(^q^)/ :So today! Let me give you a quick feedback after I watched the Anime version Hanako-kun Episode 1!

1. The music is fantastic! It’s a complete reenactment from the original’s mysterious world view! 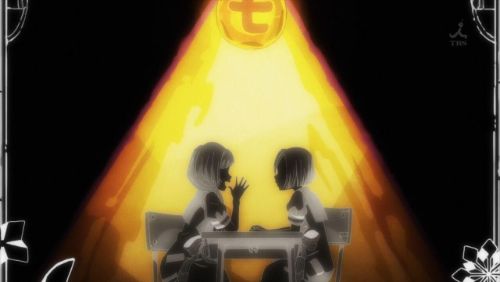 Mafuyu(^q^)/ : As for the Anime version Hanako-kun Episode 1, it focuses on characters’ introduction and its unique worldview, full of ‘gagged scenes’! Especially the scene, where two main characters try hard on fulfilling their love, is so adorable! The music is comical, which makes us think they get along better than in the manga version! 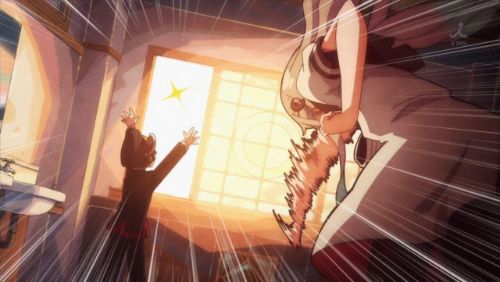 Mafuyu(^q^)/ :Due to how the Episode 1 composed, the scenes, where we can see mysterious and creepy things, are not often depicted. However, the music used in such scenes, was ‘retro’ and gives up an ‘impression of creepiness, which makes the story well balanced! Not only fun but it’s also creepy! That’s one of the attractions about the title, Hanako-kun, I guess! 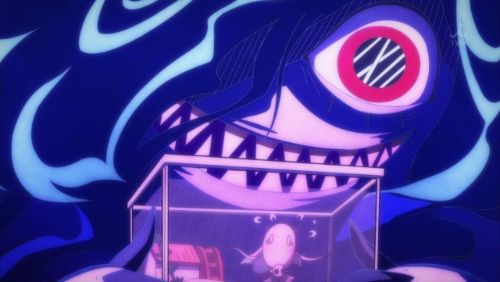 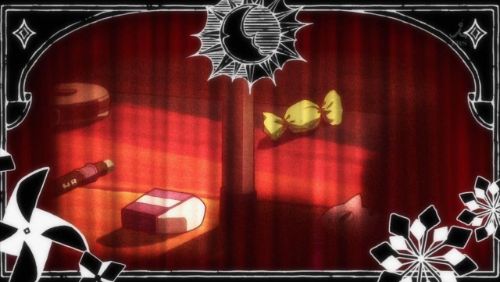 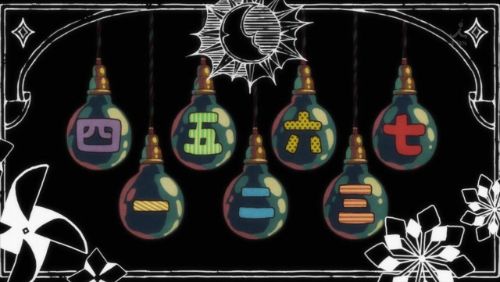 2. The image is awesome! Those who like the deformed Chara in the original will love it! 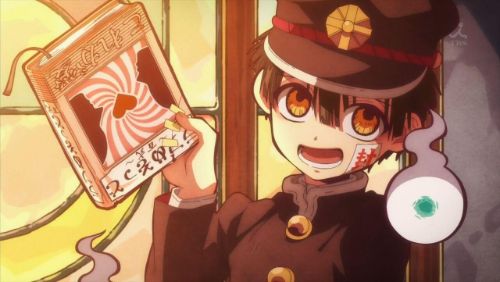 Mafuyu(^q^)/ : Watching Episode 1, I thought as if I was watching the manga version because all the images were so stable! All the cute characters’ designs are completely reenacted from the original! I bet the rest of the Episodes have to be good after I watched this perfected drawn images in Episode 1! 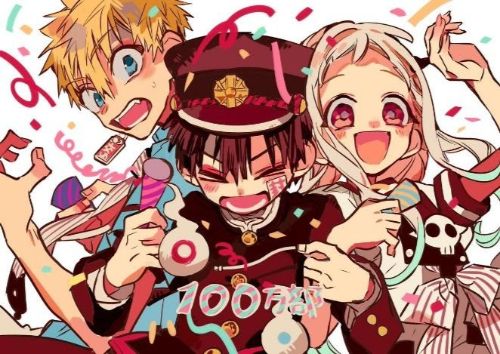 Mafuyu(^q^)/ :Especially for the gag scenes, I see more movement than the original. I could not help but laugh at even the scenes, which I already know how it would end up! I really think all the Chara, who move comically in the Anime, are so cute~!! I loved the scenes, where the Chara tried to put a button or the Chara made an obento! 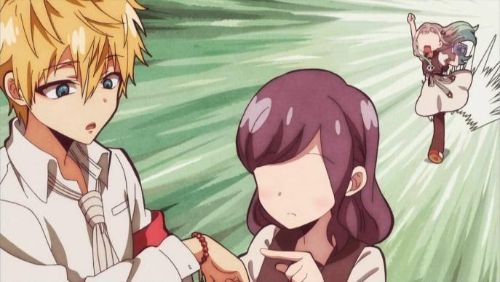 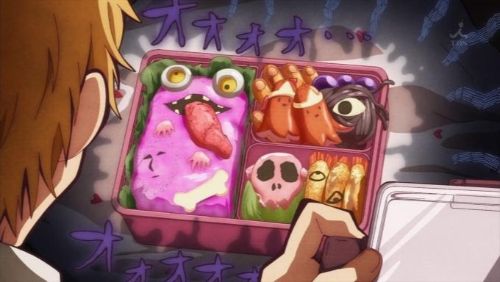 3. Good tempo! Easy to understand the worldview in 30 minutes!!

Mafuyu(^q^)/ :The reason why Episode 1 was really good was that the story full of attractions is perfectly depicted only in 30 minutes! If anybody wants to know what kind of story Hanako-kun is, tell them they will know everything if they watch Episode 1 of the Anime version!! It’s well-organized! Easy to understand with a good tempo! 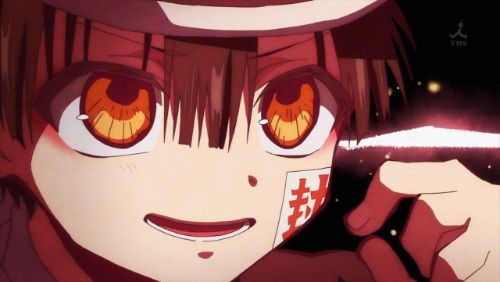 Mafuyu(^q^)/ :It was easy to watch in 30 minutes with a good tempo but… not only that, we also saw some advance hints about Episode 2 too! I didn’t miss those parts too~! I bet those who watched Episode 1 noticed there were specific Chara in there!? 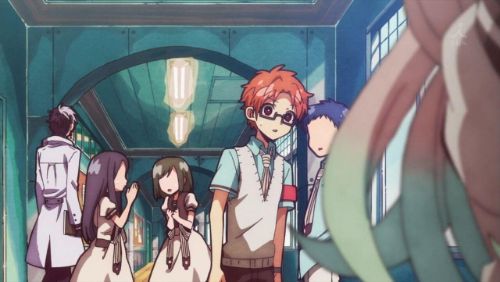 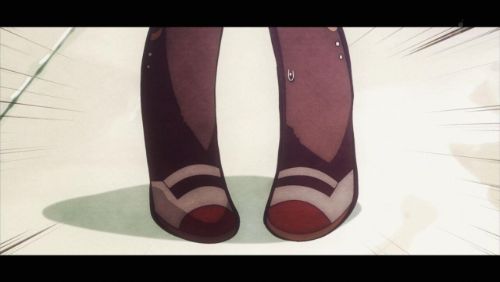 Mafuyu(^q^)/ :Her fat legs are her complex and also attraction, and it was perfectly reenacted in Anime too. Watching the story, I often saw scenes, where I thought her legs were fat, which was do adorable~! 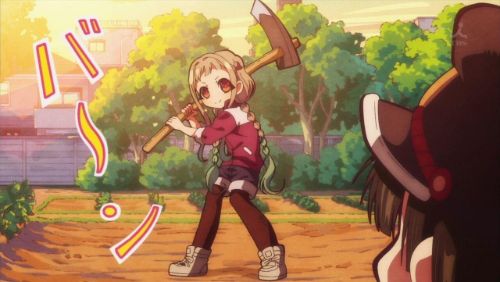 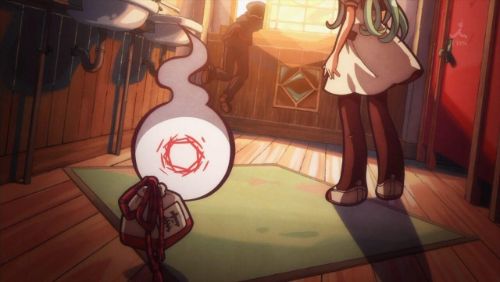 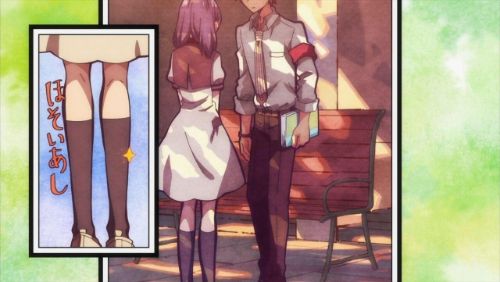 Mafuyu(^q^)/ :When the original is animated, there are often the cases, where characters appear more beautiful than they really are. But as for Nene-Chan’s legs, they were strongly depicted (even though she doesn’t like that). The Chara should be depicted as they are in the original. I really like that part about this title. And I thought that the rest of the Episodes would be good, just like Episode 1! 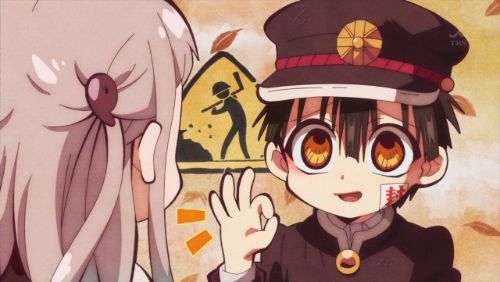 Mafuyu(^q^)/ :So! This is all about the review of Episode 1 of Hanako-kun! I know there will be Episodes full of mysterious and creepy things after Episode 2! I can’t wait to see those since I couldn’t see them in Episode 1! So guys! Watch Episode 1 now! I’ll see you at the next article!