Hi guys! It’s Mafuyu from Goods Republic! This week is the review week for 2020 Spring Anime! Let’s go over Spring Anime, starting airing in April in this article! For this Vol.2, I will feature… THIS Anime!

【Fruits Basket】Season 2 Will Be On Air in April!
Let’s Review the Outline and Chara of Fruits Basket Season 1! 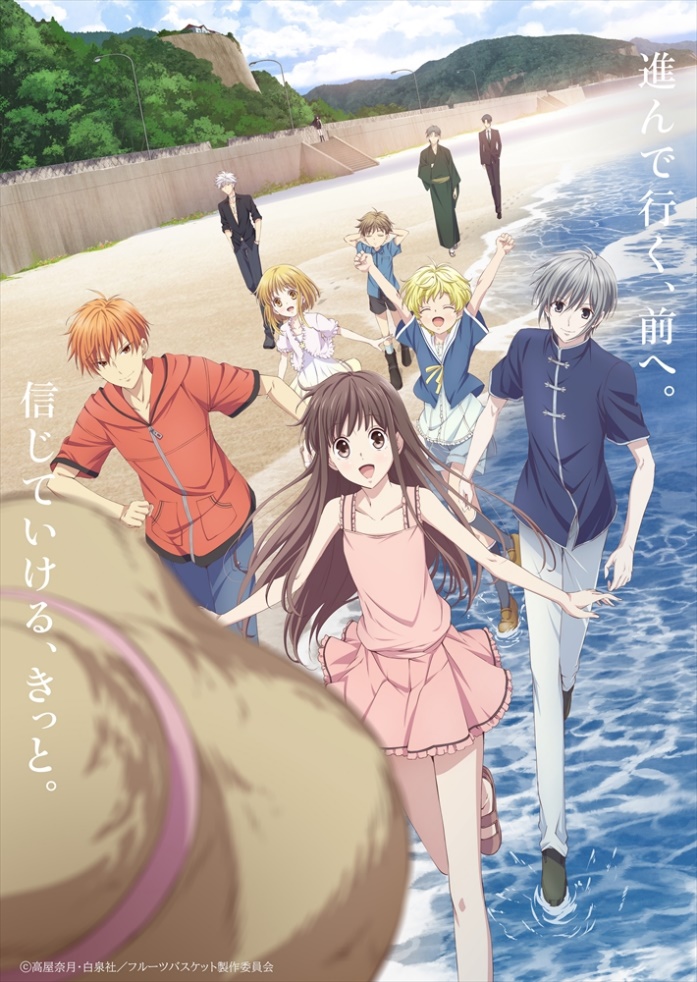 What is Fruits Basket? 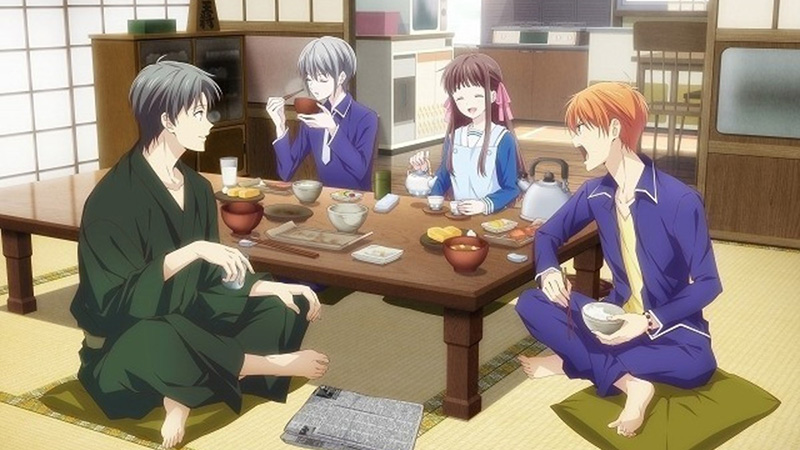 What kind of story is Fruits Basket?

The story is about the Souma family who is possessed by animals and the main character, Honda Tooru, who started to live in the Souma family. Mostly the communication through their mind is depicted.
The main character, Honda Tooru (the girl with a pink ribbon in the picture below), lost her parents (due to various circumstances) and was living all alone in the tent in the forest. However, she was positive and cheerful. 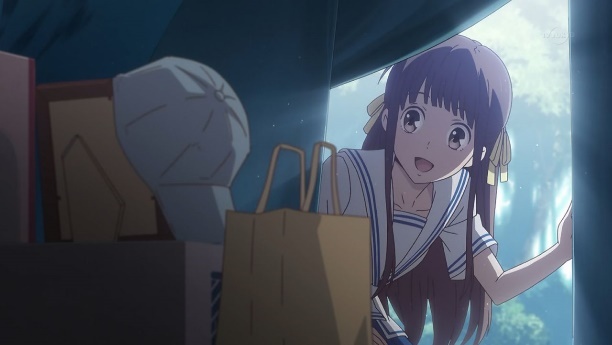 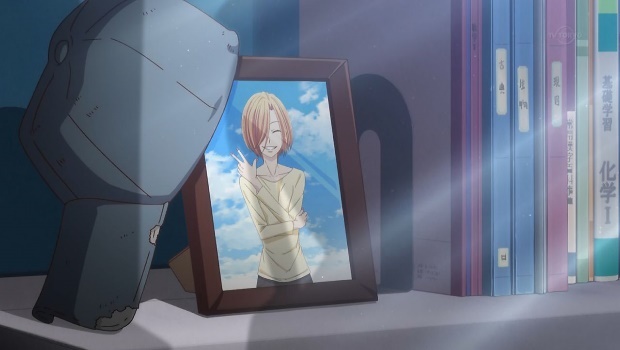 One day, she found out that the area where she stayed at was Souma Yuki (her classmate)’s land.
Yuki and his cousin, Souma Shigure, decided to rent her a room, seeing her living so strongly and cheerfully in such a tough situation. 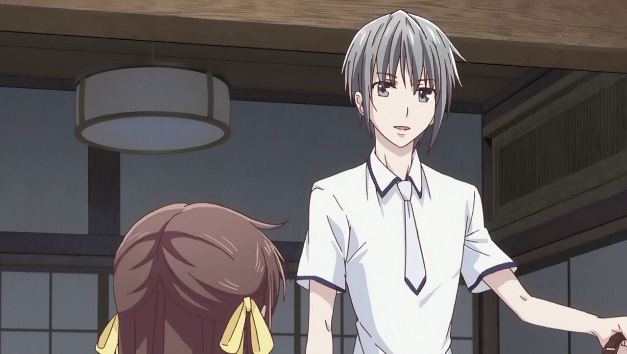 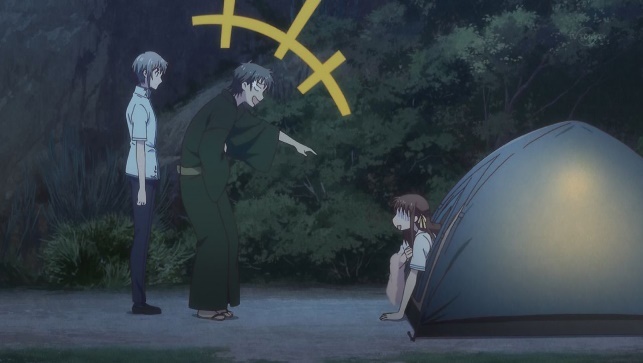 Shigure guided Tooru to the room, saying that she can stay there as long as she helps the house chores. Suddenly, a boy showed up and was about to hit Yuki! Tooru tried to stop the boy by holding him…! 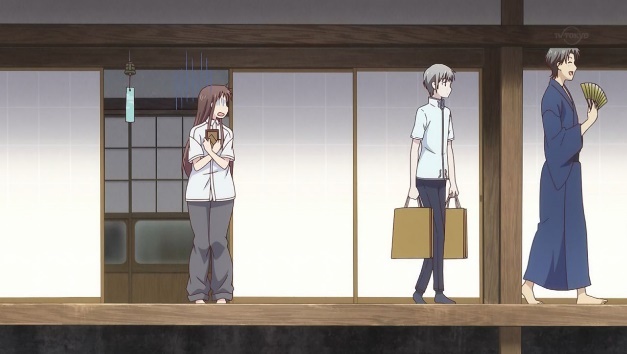 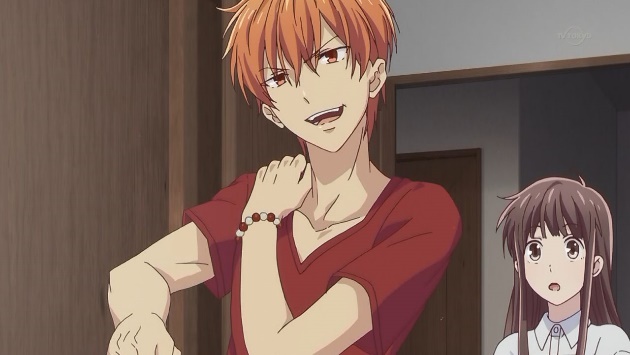 Guess what…. The boy… 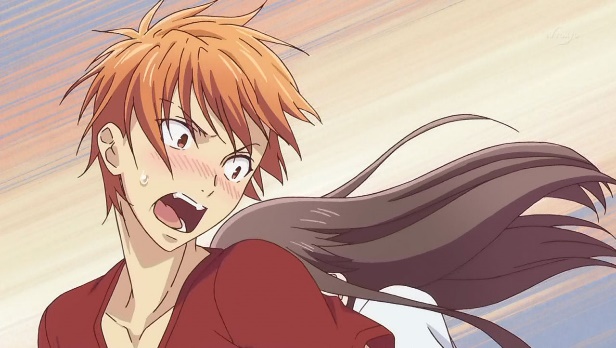 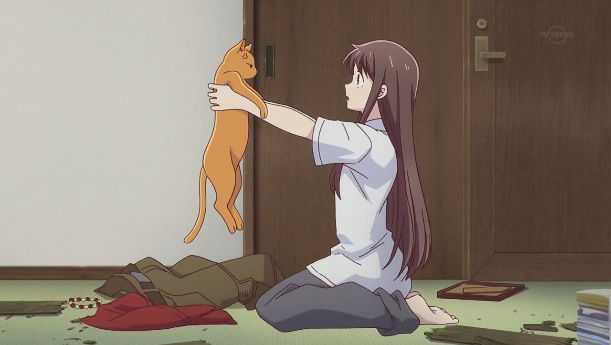 turned into a cat!
He turned into a cat because of me! I have to take him to the doctor…! Tooru started running away from there, when she happened to hold both Yuki and Shigure too…! 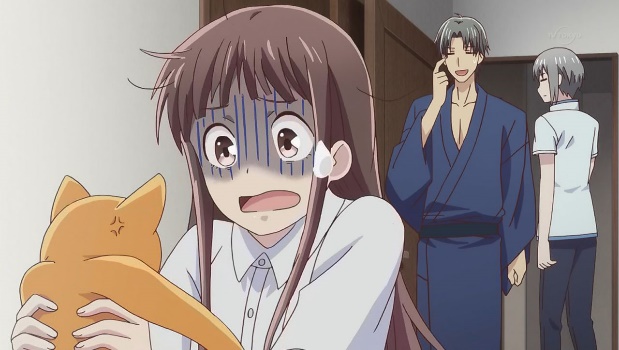 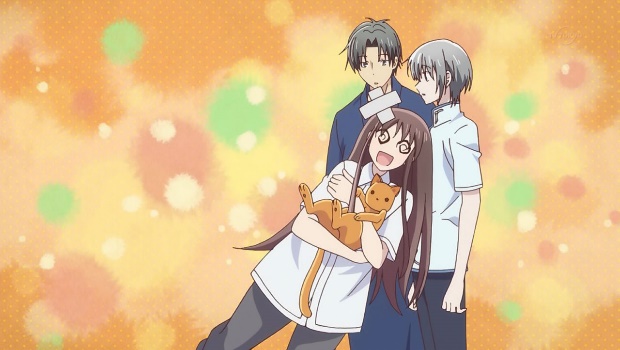 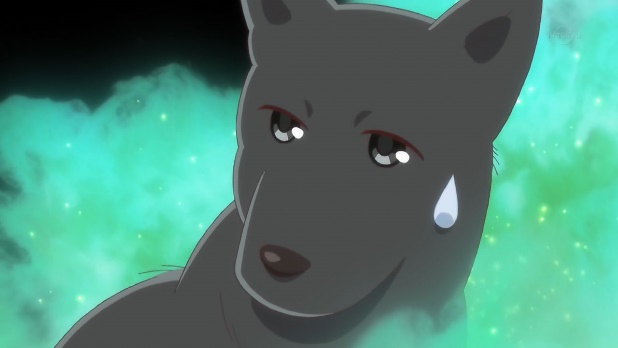 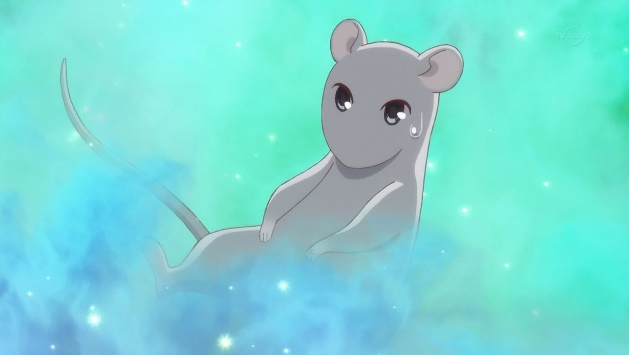 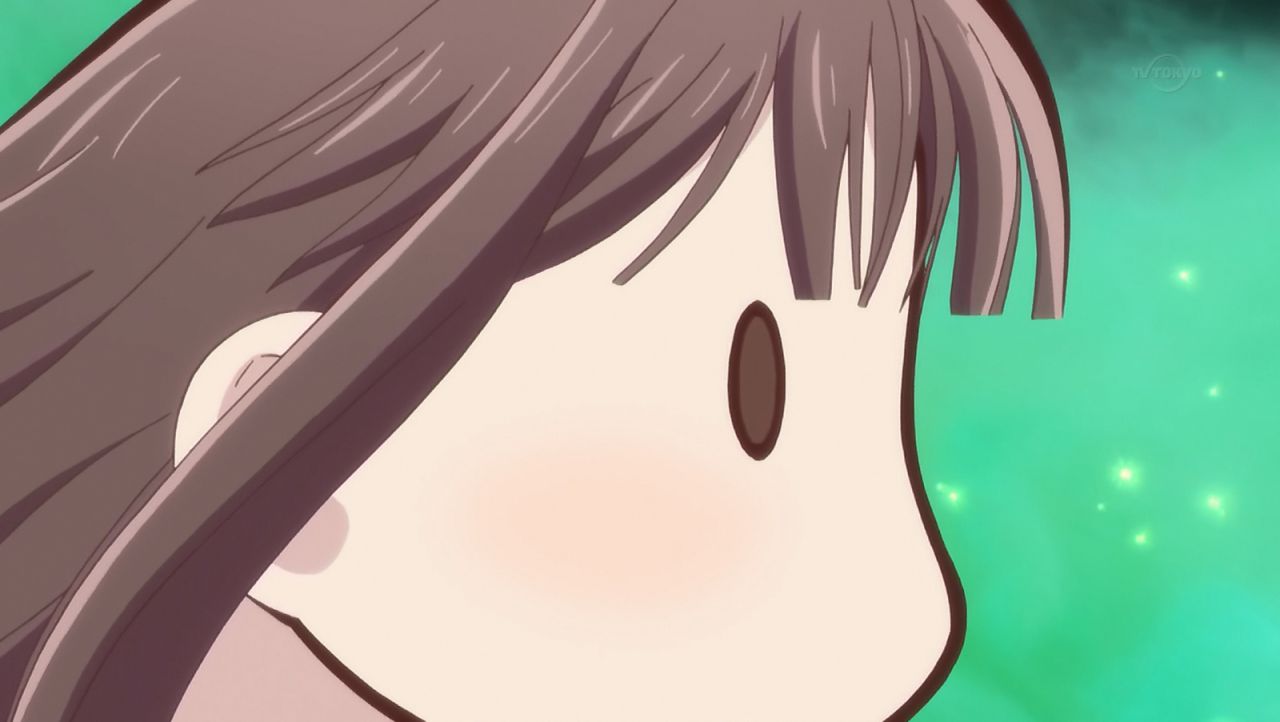 She then found out that the Souma family was “possessed” by animals.
They turn into an animal if they are held by an opposite gender person…! 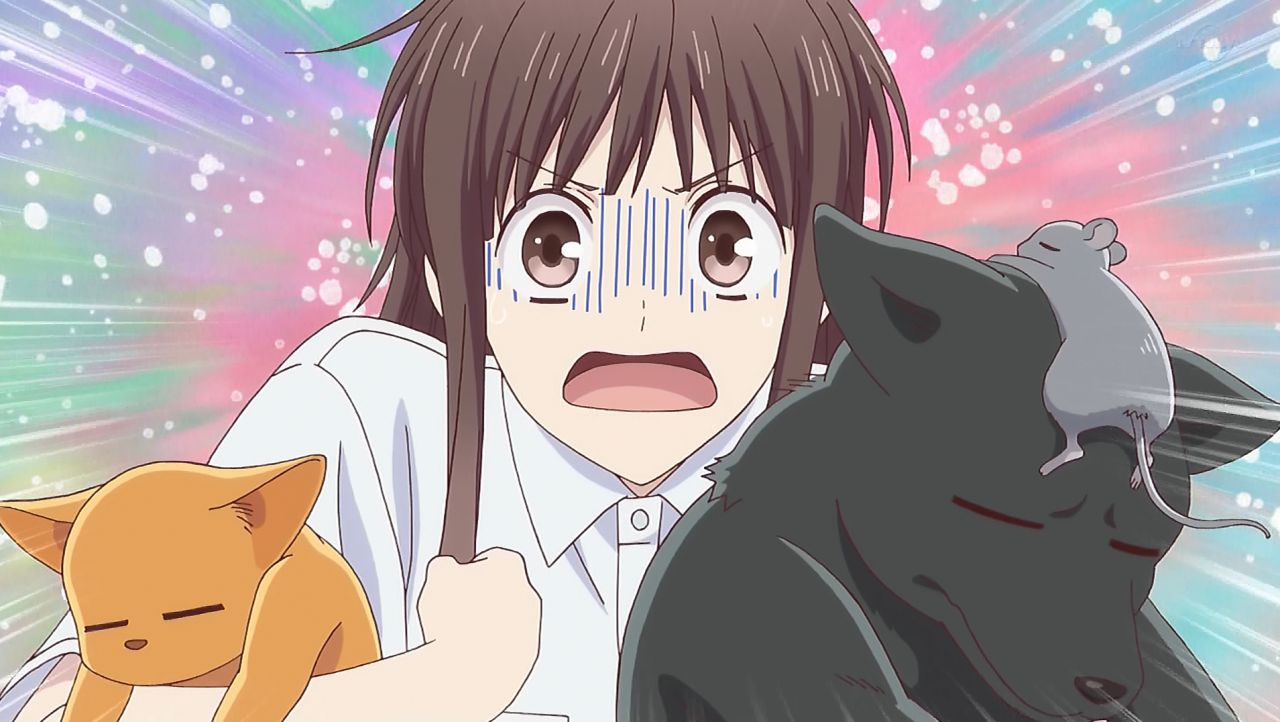 All twelve animals that possess the Souma family are the members of the “Eto” (the sexagenary cycle, also known as the Stems-and Branches: this cycle is an important part of the traditional calendrical, time and direction system)! Even though Souma Kyou, who is possessed by a cat, isn’t included in the Eto members, it does have the reason too! 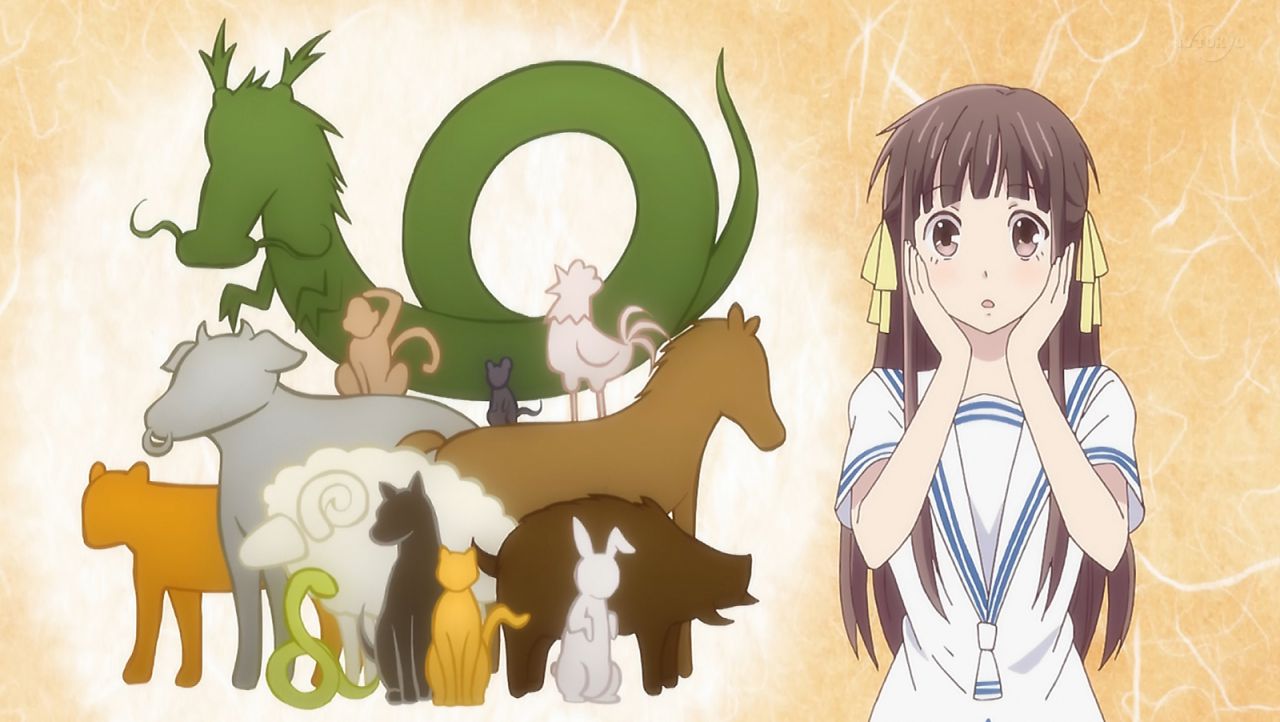 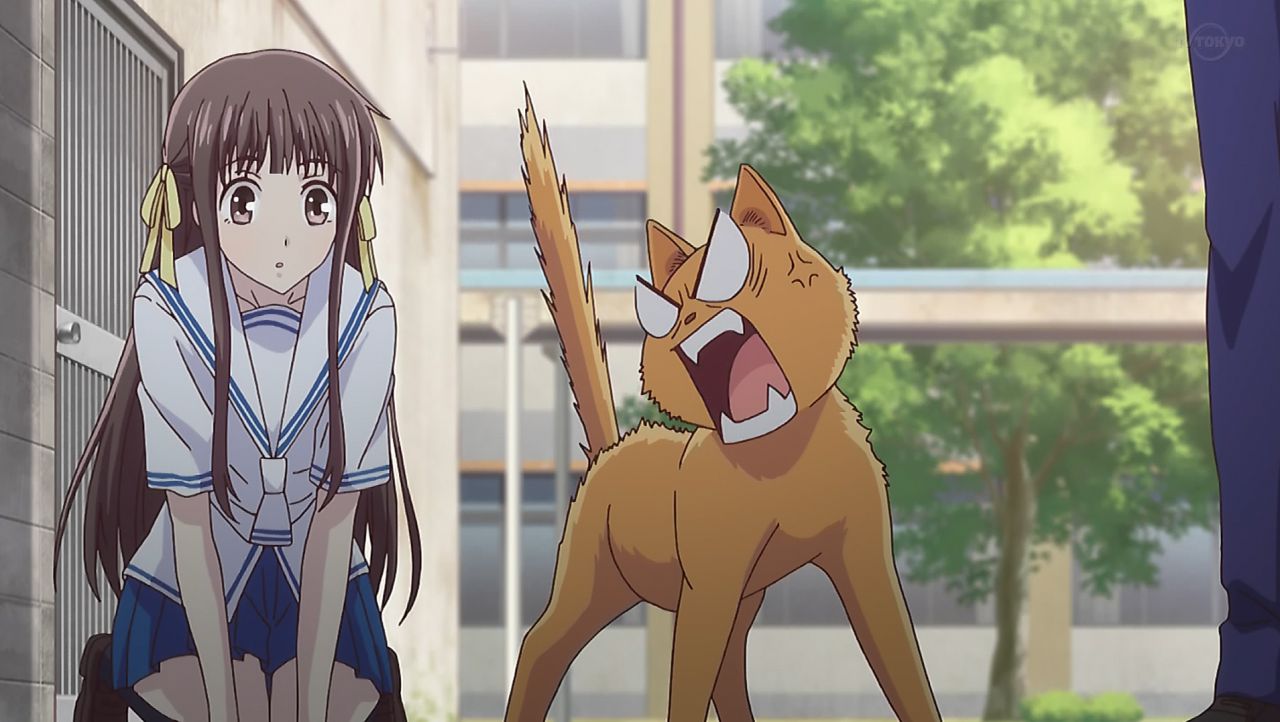 The Souma family, who turns into an animal if they are held by an opposite gender person, has lived tegether, keeping a distance from people even though they are rich. They never get close to people, keeping their secrets in themselves… 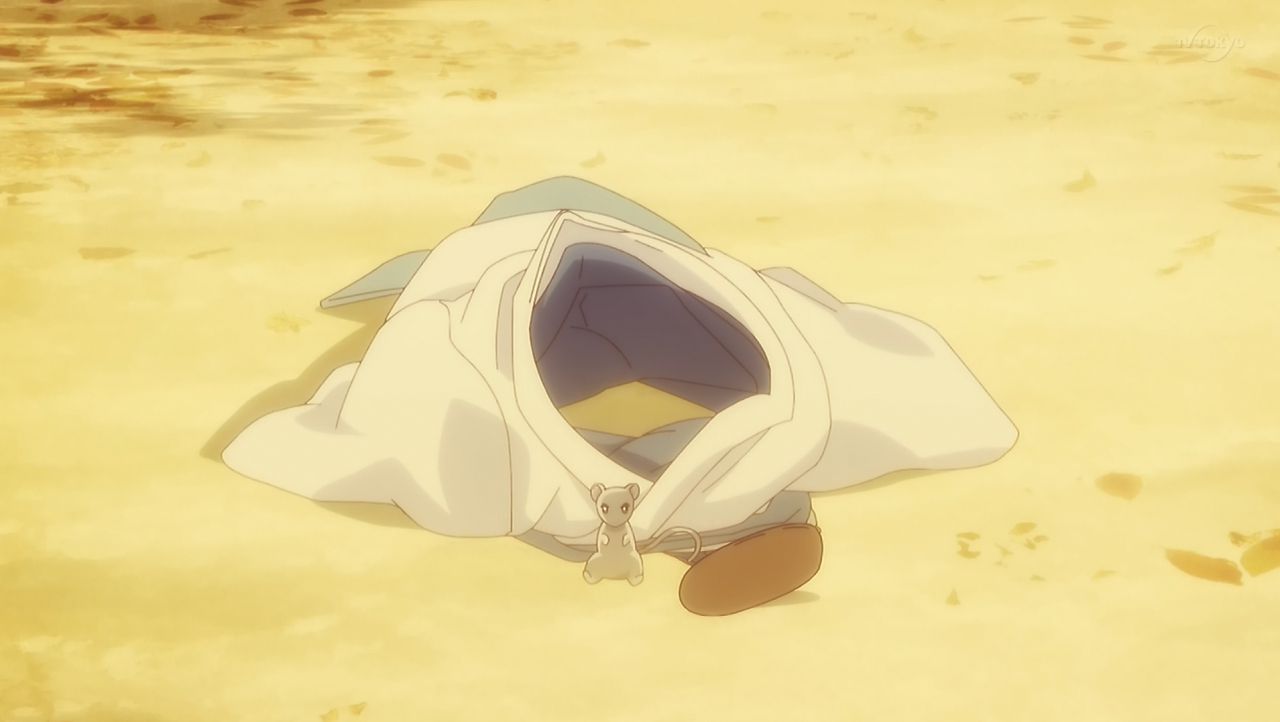 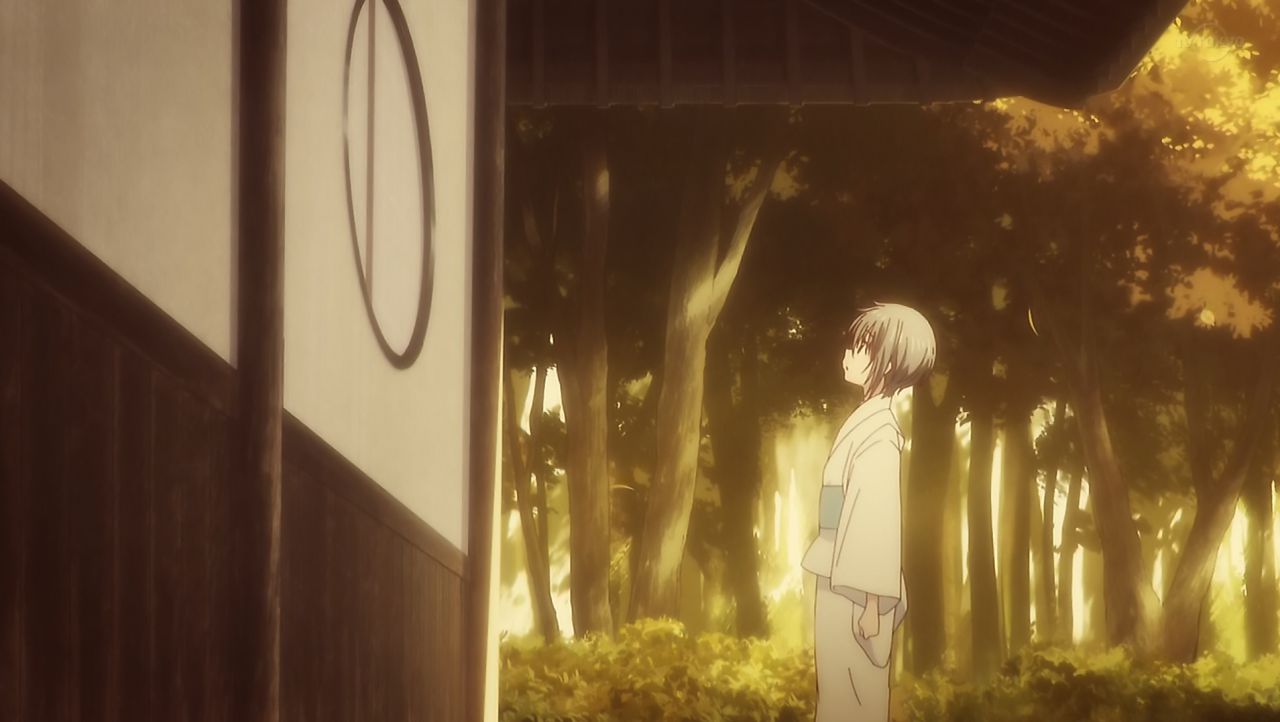 Such Souma family members are a little clumsy but their values and the way of their thinking have changed a little since they met Tooru, who is always cheerful with a smile. All the stories are so heartwarming that especially Season 1, which aired in 2019, got a pretty high rate among all the 2019 Anime! (The storyline was almost the same as the original, which was one of the reasons why it got popular among all the Manga fans!) 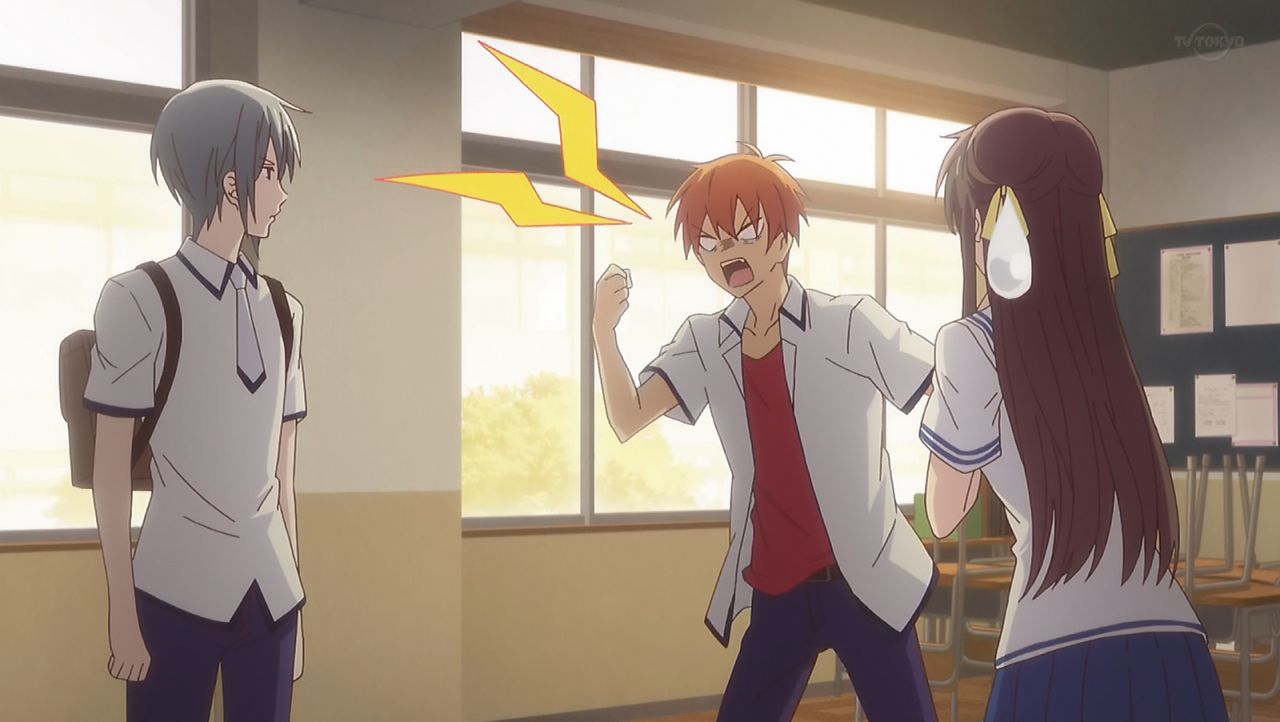 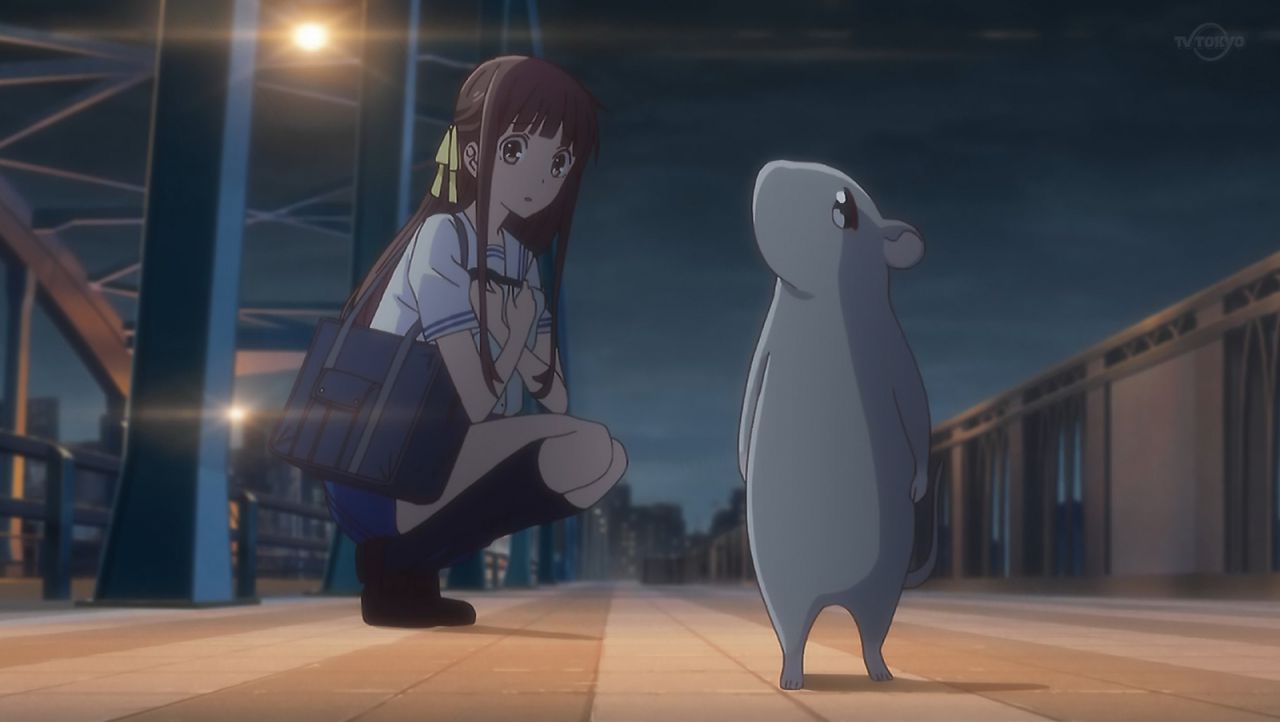 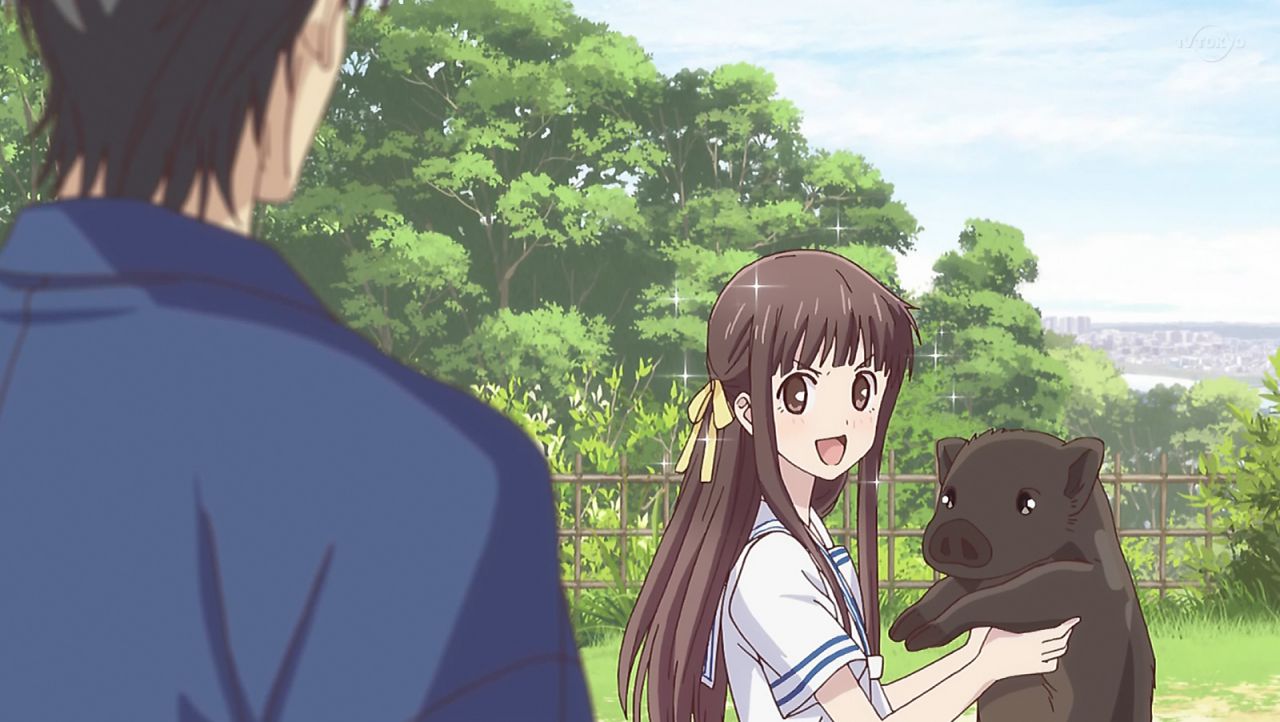 We can watch this Anime in a relaxed mode and feel heartwarming after we watch it…! The Season 2 of Fruits Basket starts airing in April, 2020! For those who haven’t watched it yet, and want to review Season 1, check out Season 1 by April!
Check HERE for Fruits Basket’s Anime Goods! 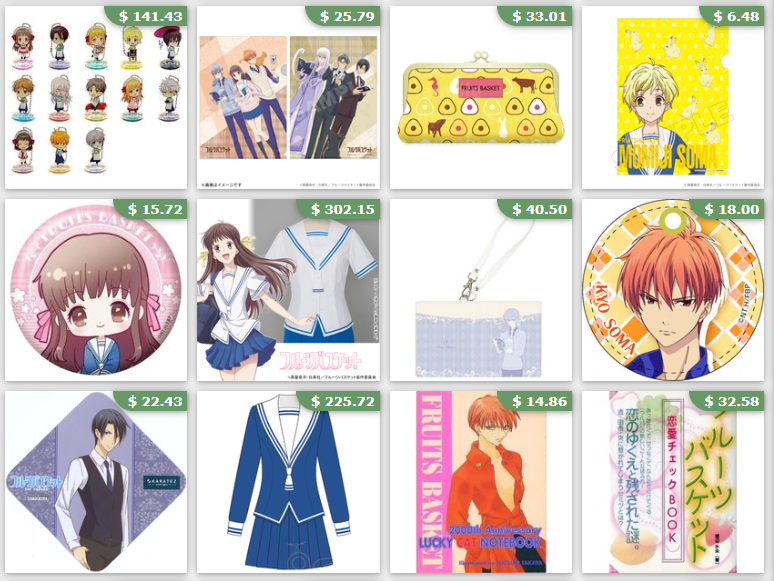