Today, I’ll feature THAT Anime, debuted overseas at the end of February and actually topped the box office!! 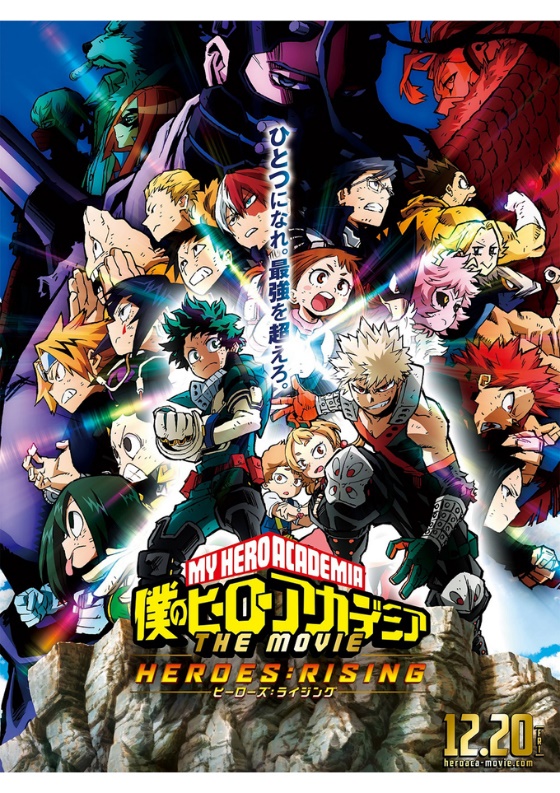 The movie “My Hero Academia: Heroes Rising” was released at the end of December, 2019 in Japan!! And then the north America-version was debuted at the end of February! During the first week (Feb 28th ~ Mar 1st), it actually topped the box office in fourth place! 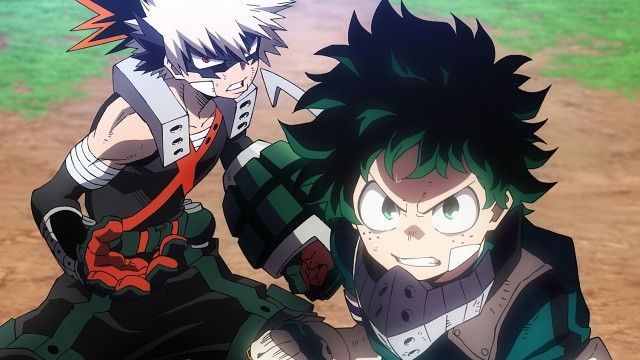 What kind of story is My Hero Academia: Heroes Rising?

My Hero Academia: Heroes Rising is a completely original episode! Meaning, it’s a totally new story, which we can only see with this movie! So check it out!
The movie is set in winter. U.A. High’s Class 1-A (one of the students is the main character, Midoriya Izuku) has been sent to the remote island as part of a safety program! The remote and lonely island is called Nabu Island, which is located in the south of Japan. 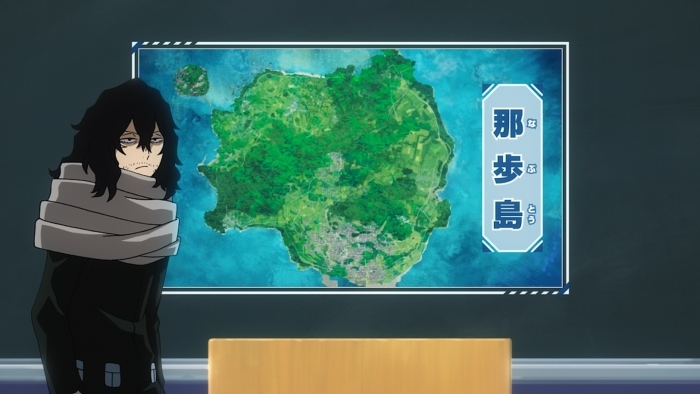 1-A members have been sent to such a peaceful Nabu Island, full of nature not to beat the villains but to solve islanders’ worries and help them out. 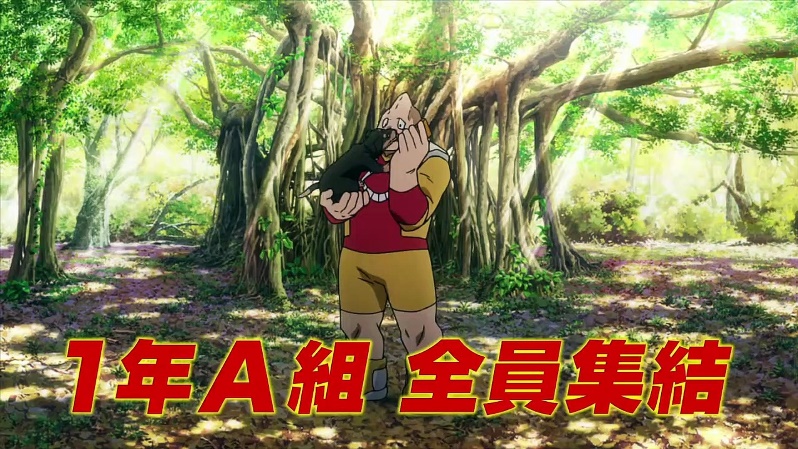 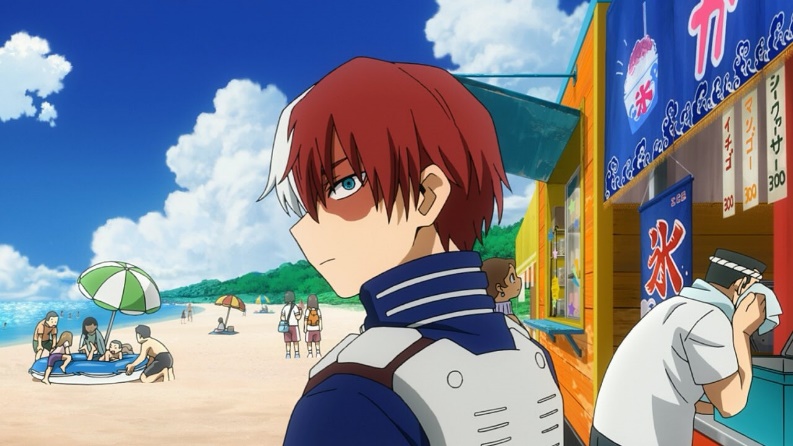 Meanwhile, the mysterious villain called【Nine】came to the island and started attacking people and destroying the island. Izuku and other members of 1-A will try to save the island from the【Nine】!! 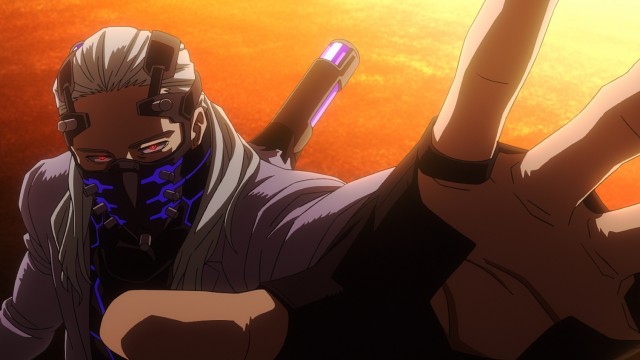 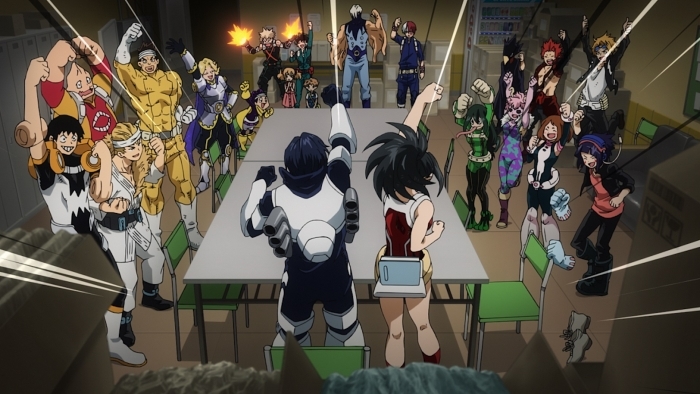 This happened in December in this movie but actually, they didn’t have such an event in the original during that timeframe. So! If you think this story was depicted in the parallel world, you can watch it without any confusion!

Are there any original characters appearing in My Hero Academia: Heroes Rising?

Yes, there are! Take a look at these members first!
Nabu Islanders, Shimano Mahoro（島乃真幌）and her younger brother, Shimano Katsuma（島乃活真）! 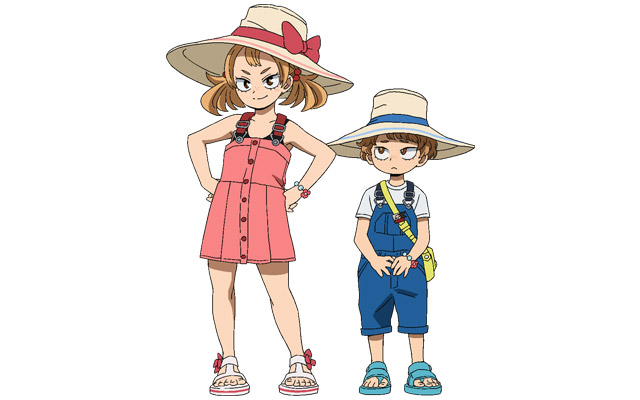 Mahoro and Katsuma have lost their mother and their father has been working outside of the island for living.
Therefore, they live all by themselves, when they will meet the【soon-to-be the Heroes】who came to Nabu Island for camping! 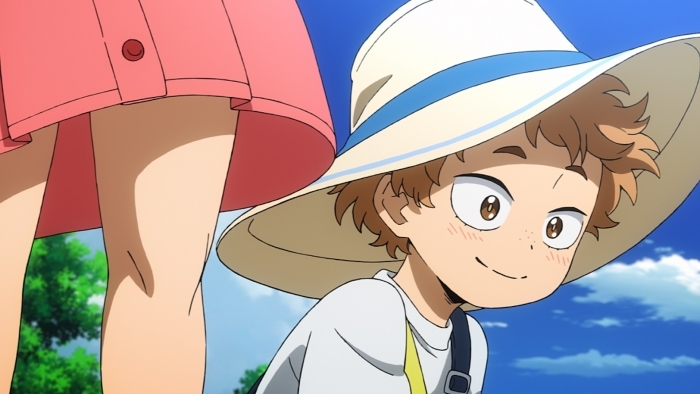 Katsuma really yearns for the Hero even though his mental strength isn’t that strong! But his older sister, Mahoro, tries to keep him a distance from 1-A students… 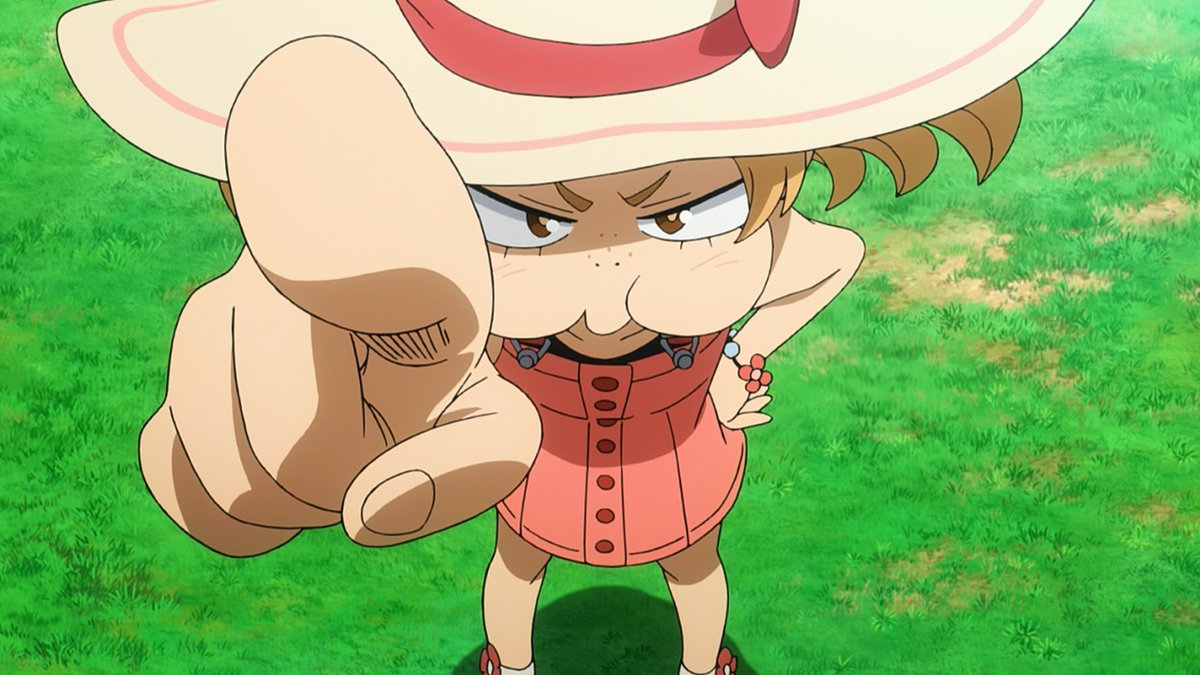 I wonder how these two will play in the movie… Can’t wait! Even the author said they were so cute and he loved them much! He even drew them when the movie released! 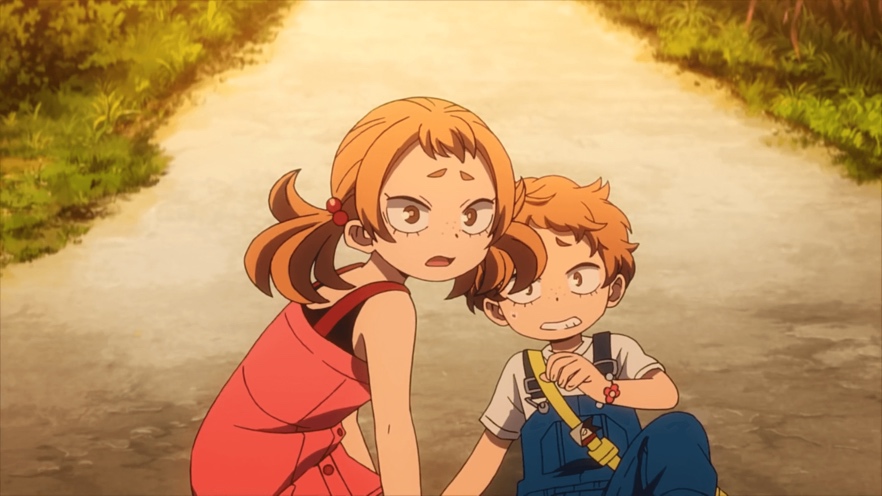 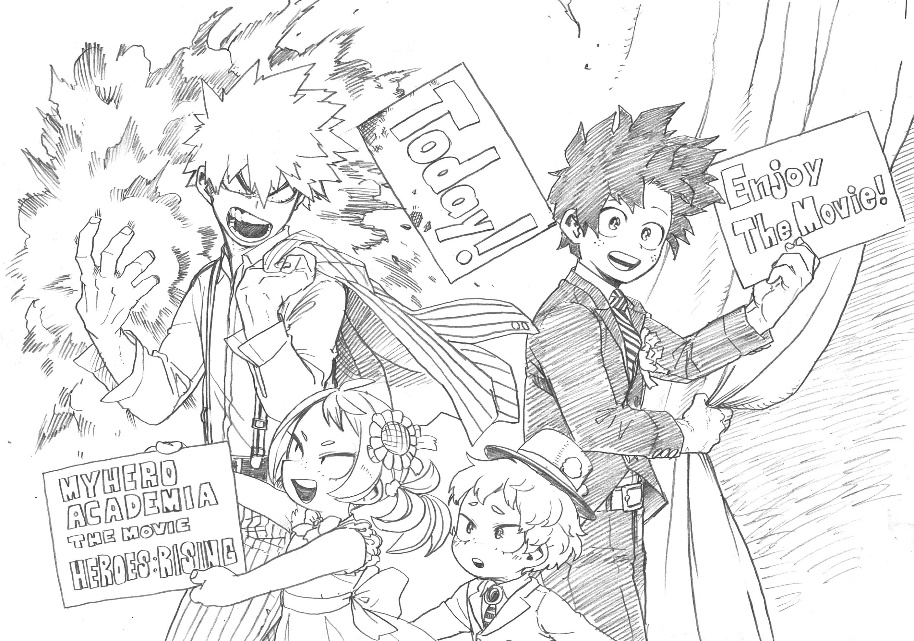 And here comes another Chara! It’s the villain in【Nine】and the original character in this movie! His ability (Quirk) is… wow, it’s one of the biggest secrets of this movie! I can’t say that, sorry…! 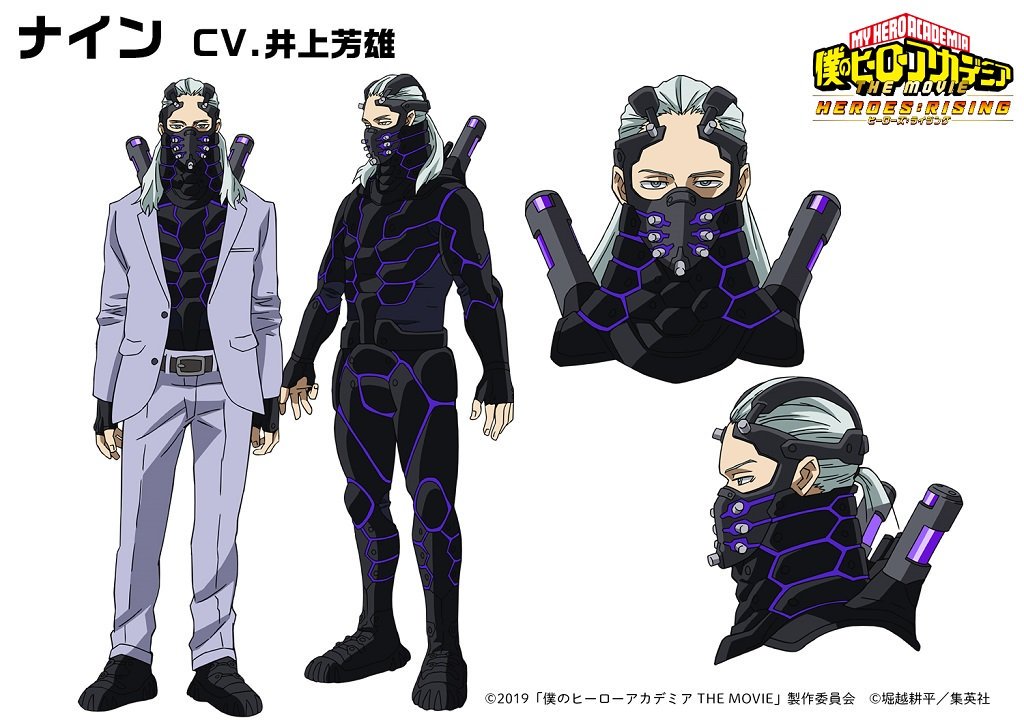 And he has three members who work for him! They also fight against the 1-A students, using various Quirks and supporting【Nine】! 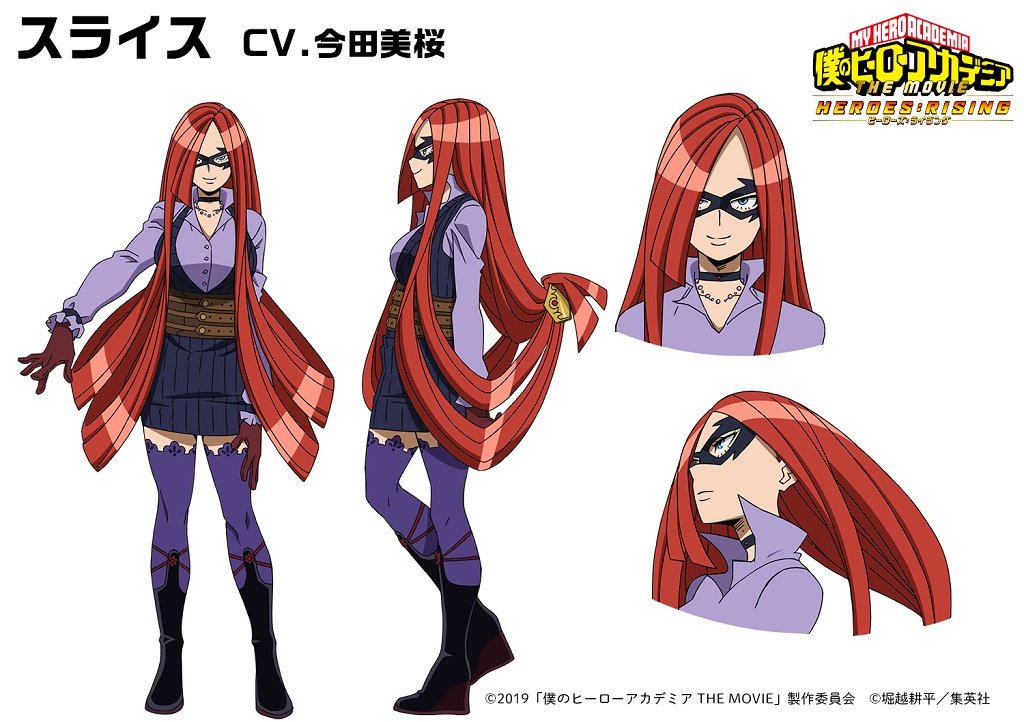 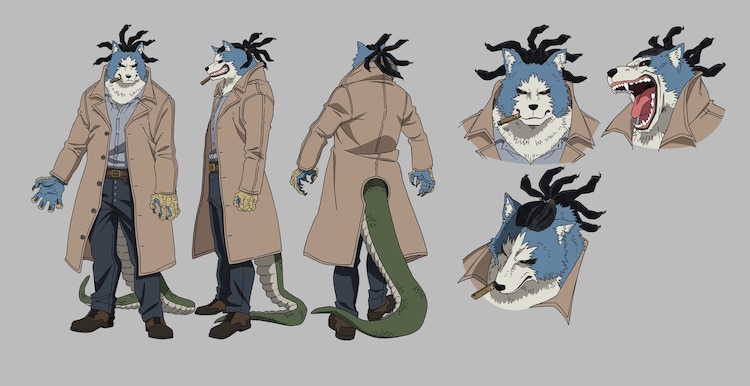 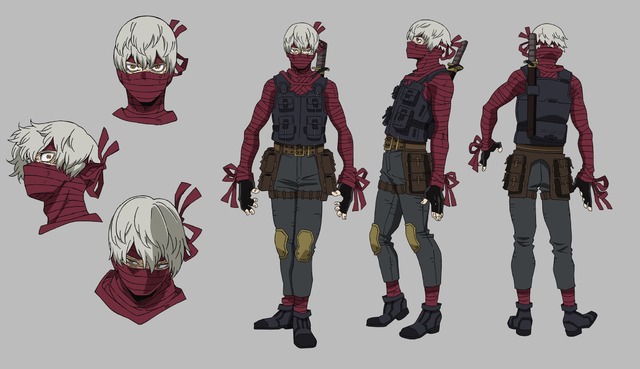 Why did Nine come to a peaceful island, Nabu Island, in the first place? And why is Mahoro trying to keep Katsuma away from the Heroes…?
And are Deku, the 1-A students, able to save the island?! 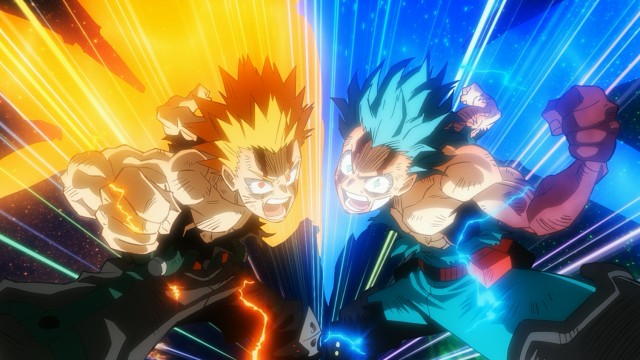 We’ll see how those mysteries go in the movie! Oki-doki! This is all for today! Bye~!!
Boku no Hero Academia (My Hero Academia)