※ Please note that this article includes some spoilers of Anime Hanako-Kun’s Episodes up until Episode 10.

Hi guys! I love Anime but actually, I love sports too! Recently, I’ve been into swimming at the gym! It’s Mafuyu from Goods Republic!

So today! I’ll feature “THAT Anime”, whose Final Episode is coming up soon! ……So you guys…… have you noticed that the opening included some spoilers from the beginning!?

【Hanako-kun】Guess What? Two Spoilers Hidden in Opening!
A Special Number for Right Before the Final Episode of Jibaku Shounen Hanako-kun!

Well, well! This is the Hanako-kun’s opening in question! Let’s have a look!

☆Now showing it for free! Non-Credit Opening “No.7”

If you have already watched Hanako-kun all the way to Episode 10, you will see this opening including huge spoilers! First, take a look at THIS! 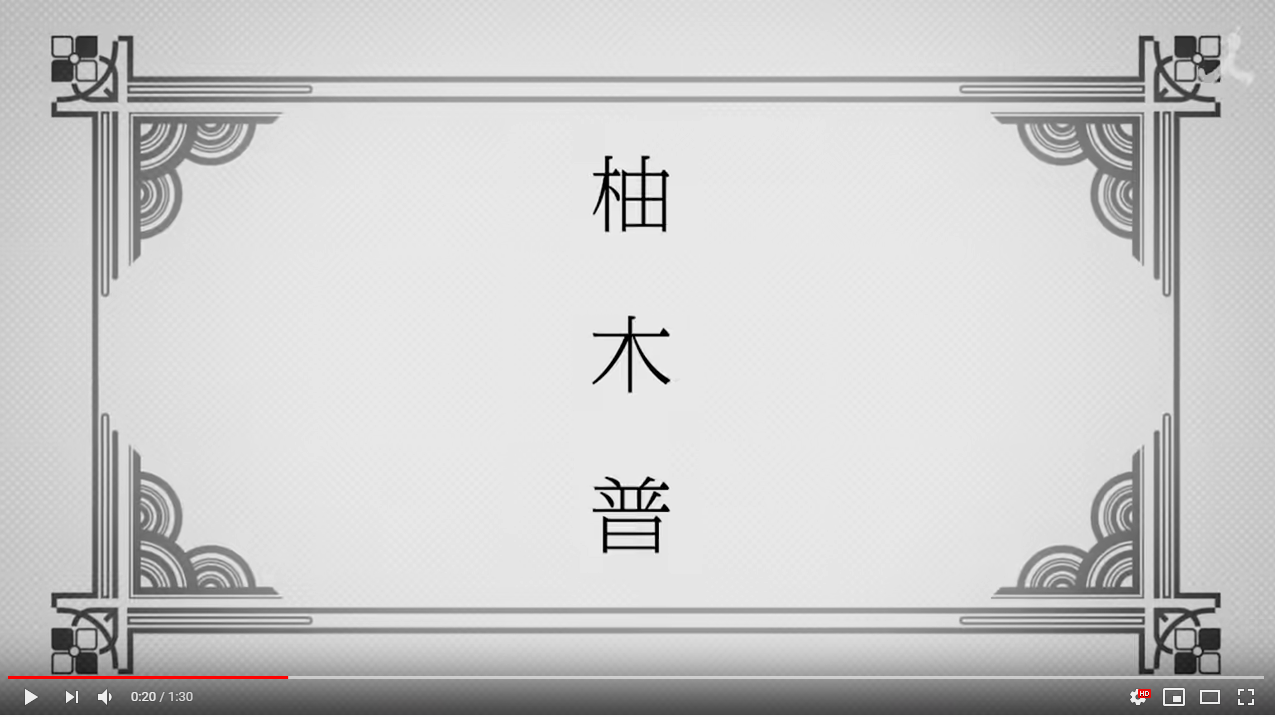 Yugi Amane（柚木 普 / ゆぎ あまね）is his name when he was a human, which was revealed in Anime, Episode 6. Actually, it has been shown in the opening since Episode 1. It’s a trick where we notice it after watching Episode 6! 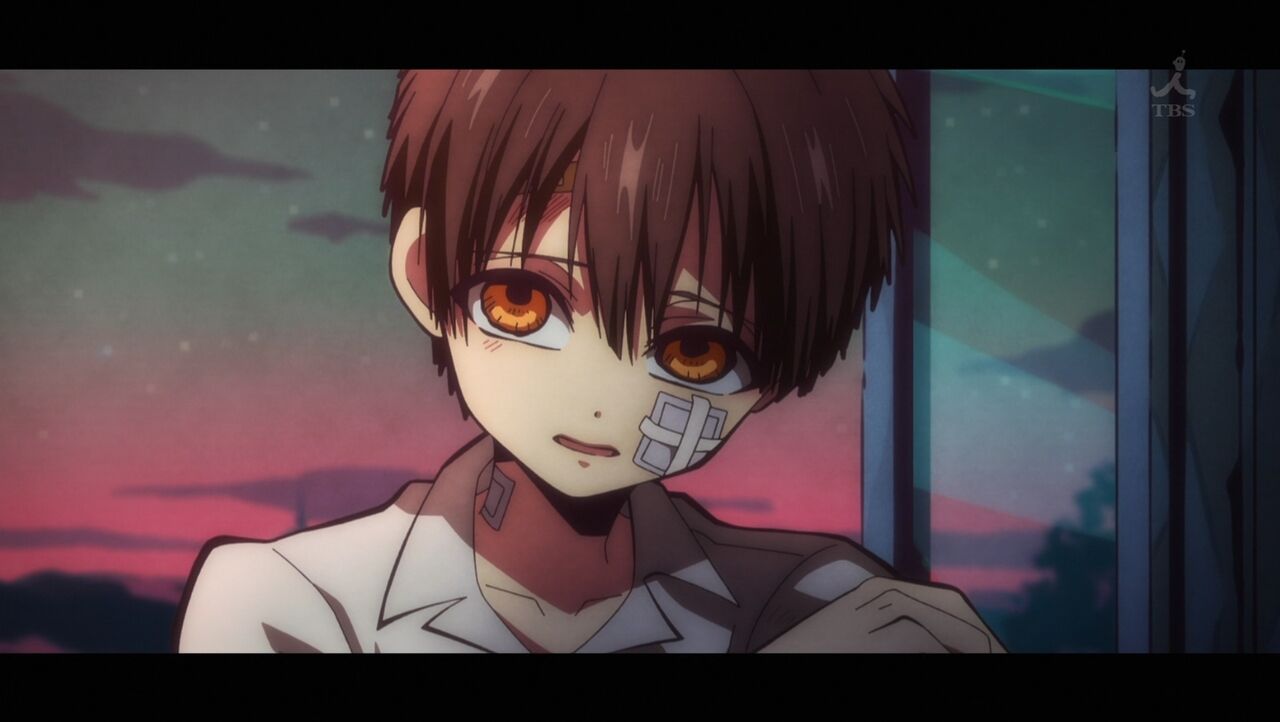 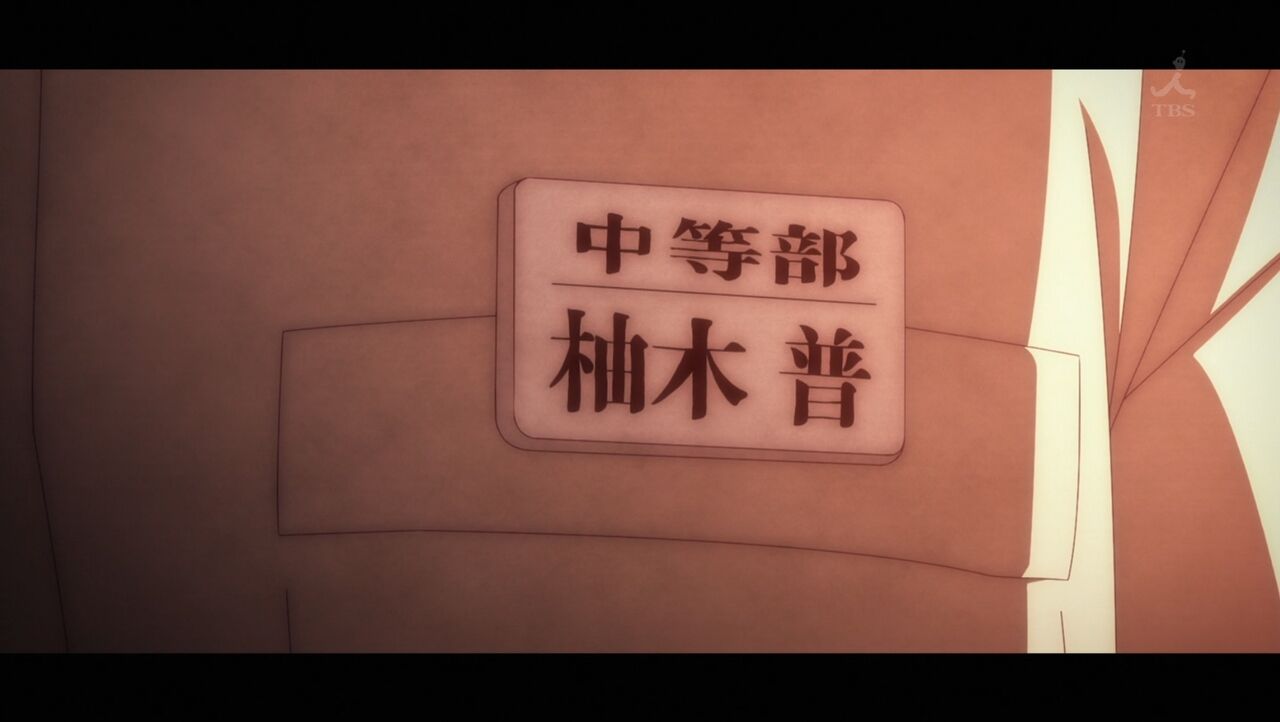 The scene, where he was given the “Stone” (at about 1 minute 14 seconds), was depicted in Episode 6 too! This scene was where Yugi Amane gives Tsuchigomori something important……! 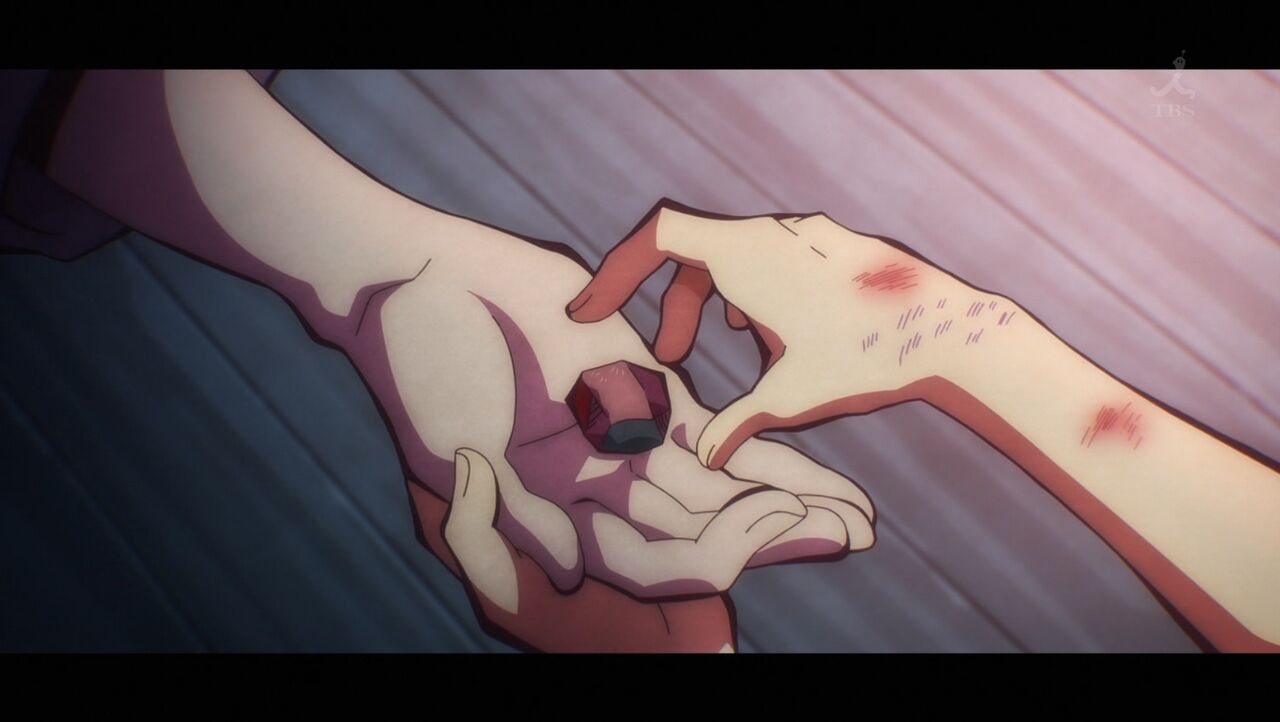 By the way, part of the lyrics (at 1 minute 2 seconds), Amaneku, is like a pun; Yugi “Amane” and “Amaneku (,meaning to show everything broadly)”! 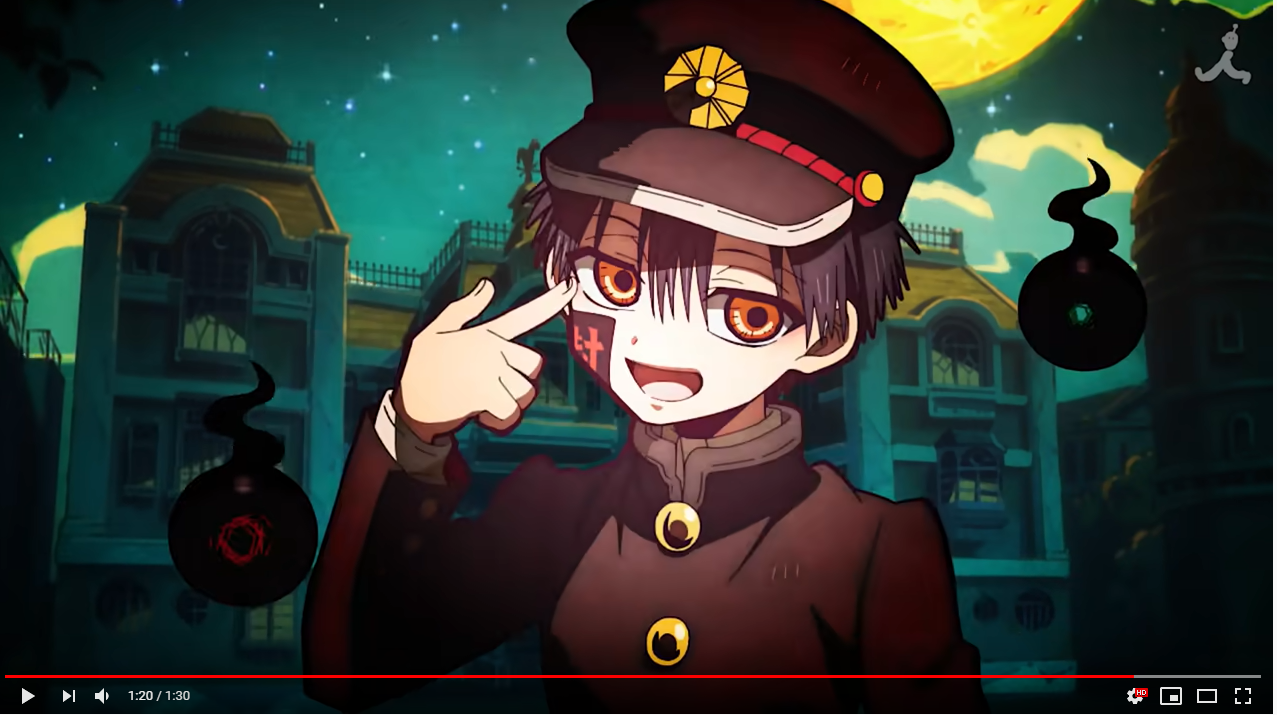 “Tsukasa” looks exactly the same with Hanako-Kun, who officially appeared in Episode 8! You know why? Because Tsukasa is Hanako-Kun’s twin younger brother! 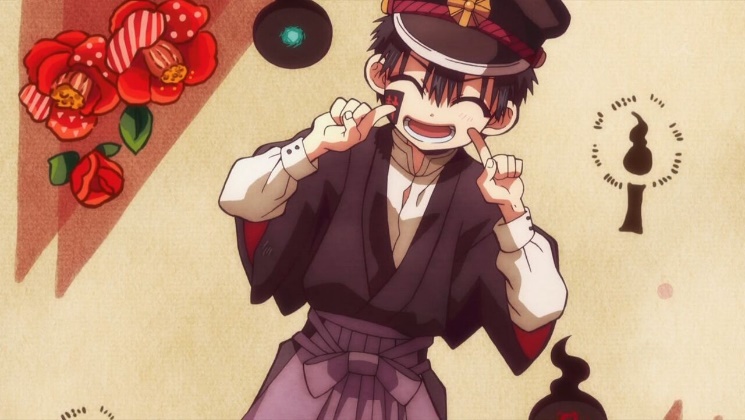 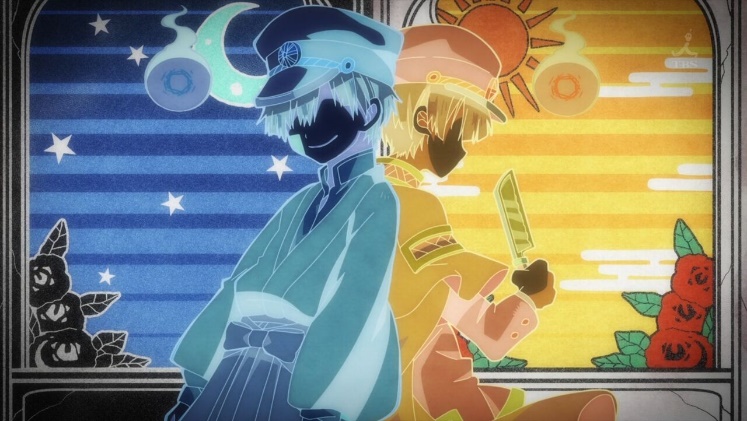 However, Tsukasa sometimes hurts those dead people’s existence when their wishes come true. Because if they “want people to remember them”, Tsukasa forces them to change to the monsters so people will be scared of them and remember them for good. 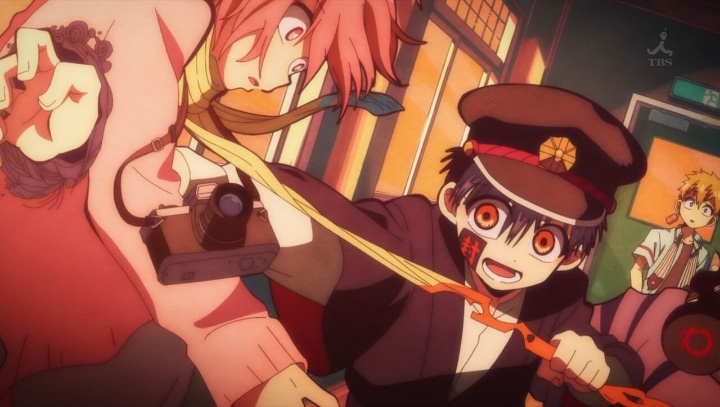 With such a personality, Tsukasa loves to see people who “gives up on something”. Tsukasa said to his twin older brother, Hanako-Kun, that “I loved how Amane looked when he killed me (Tsukasa).” 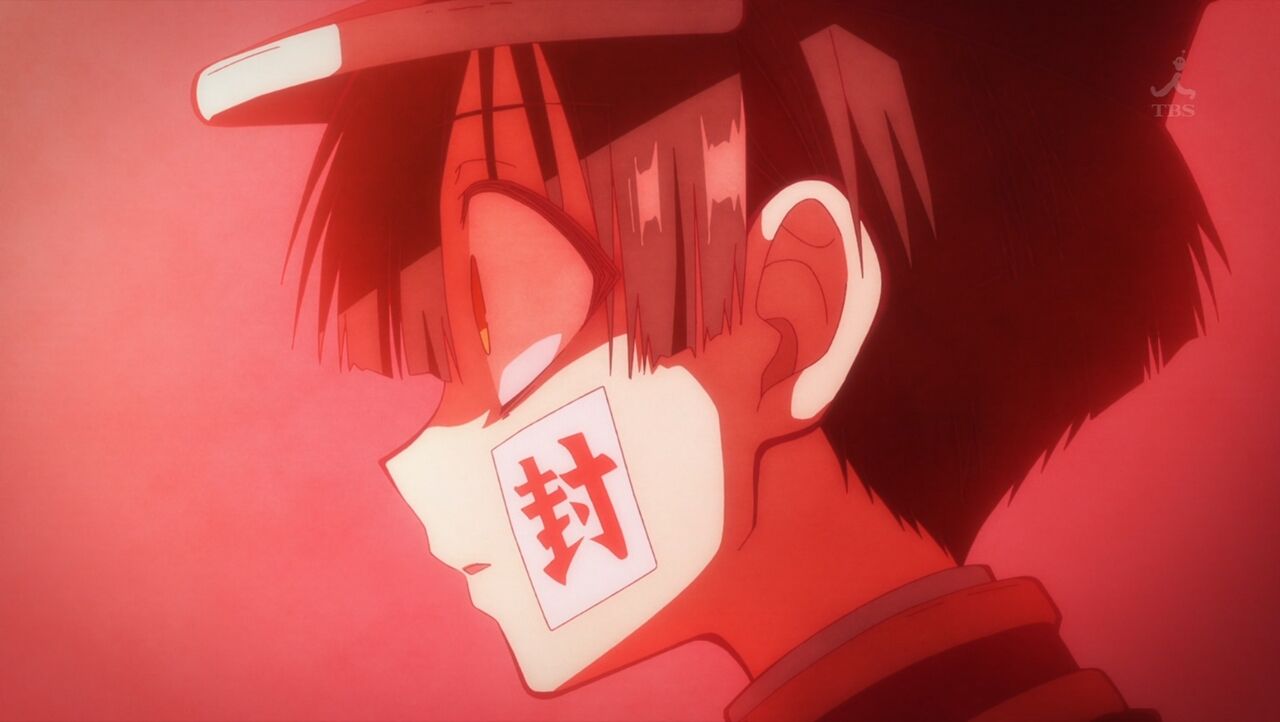 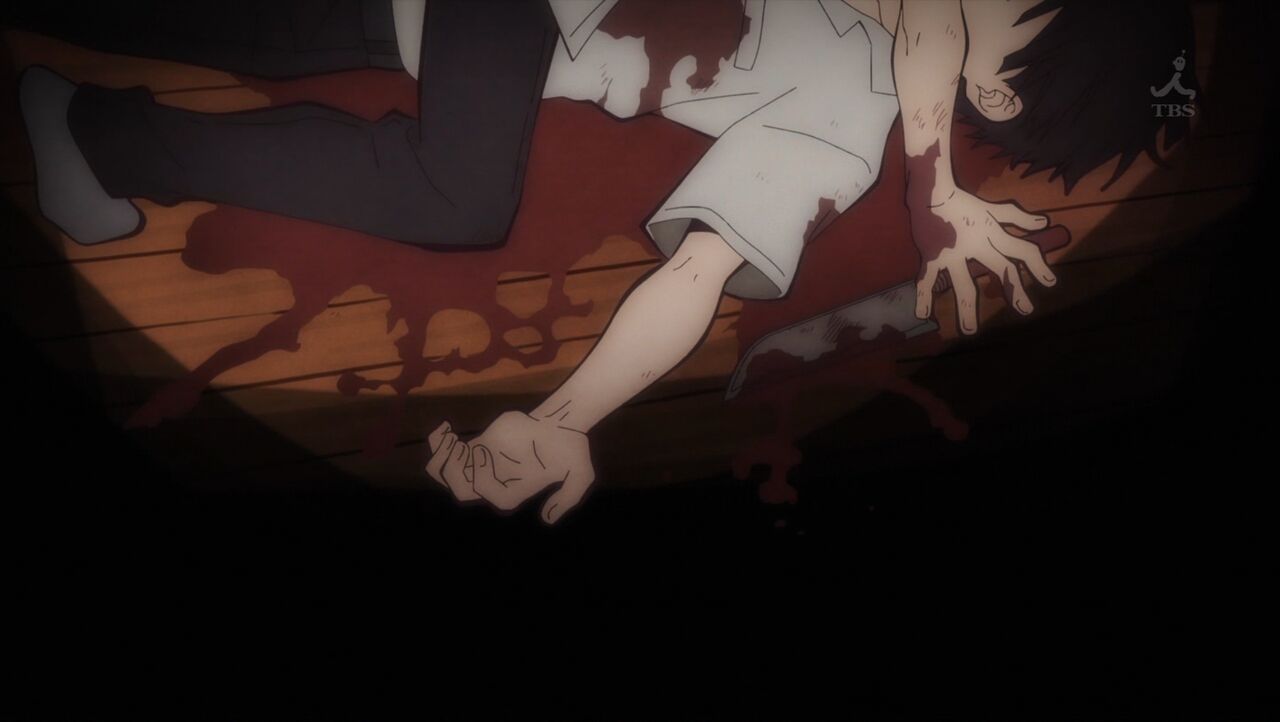 Even to Hanako-Kun, who got a little nervous, remembering his past, Tsukasa laughed and said “I like that look on you too. See you around.” Then Tsukasa left Hanako-Kun……! 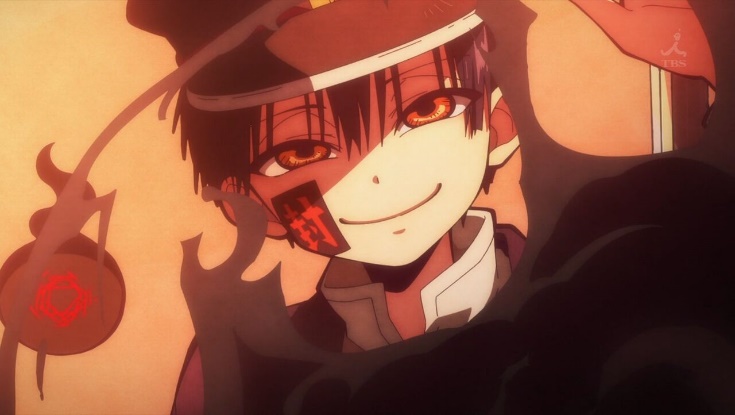 Well, well! Such an important Chara, Tsukasa! Guess what? He already appeared in the Opening! In fact, Hanako-Kun’s got a white amulet on his left cheek but Tsukasa’s got a black amulet on his right cheek! 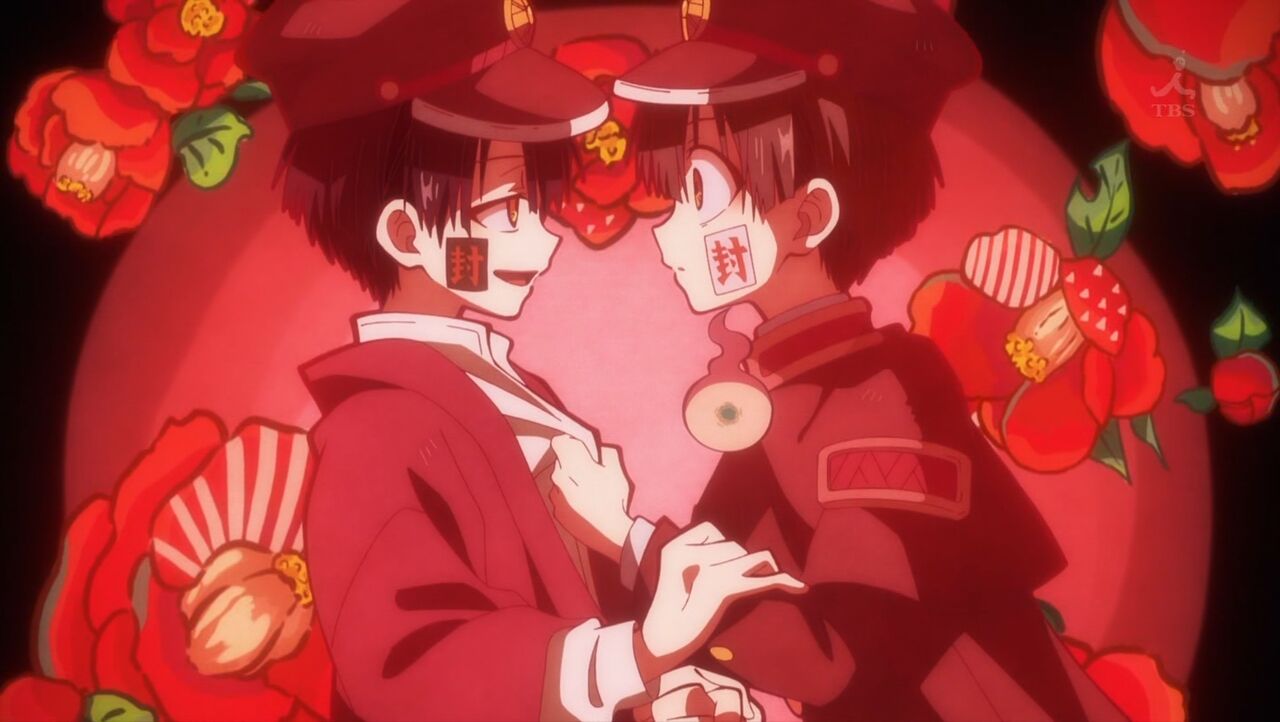 So! Hanako-Kun appears at six seconds from the beginning and Tsukasa appears at 1 minute and 20 seconds!! 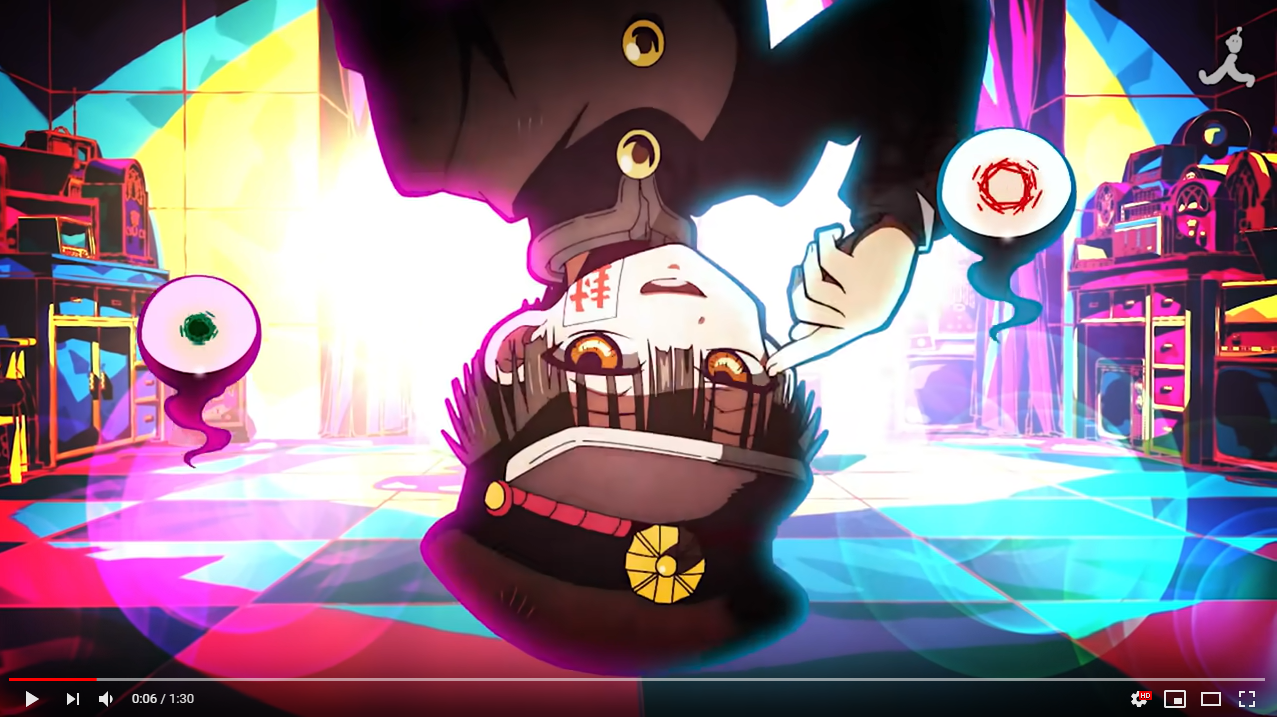 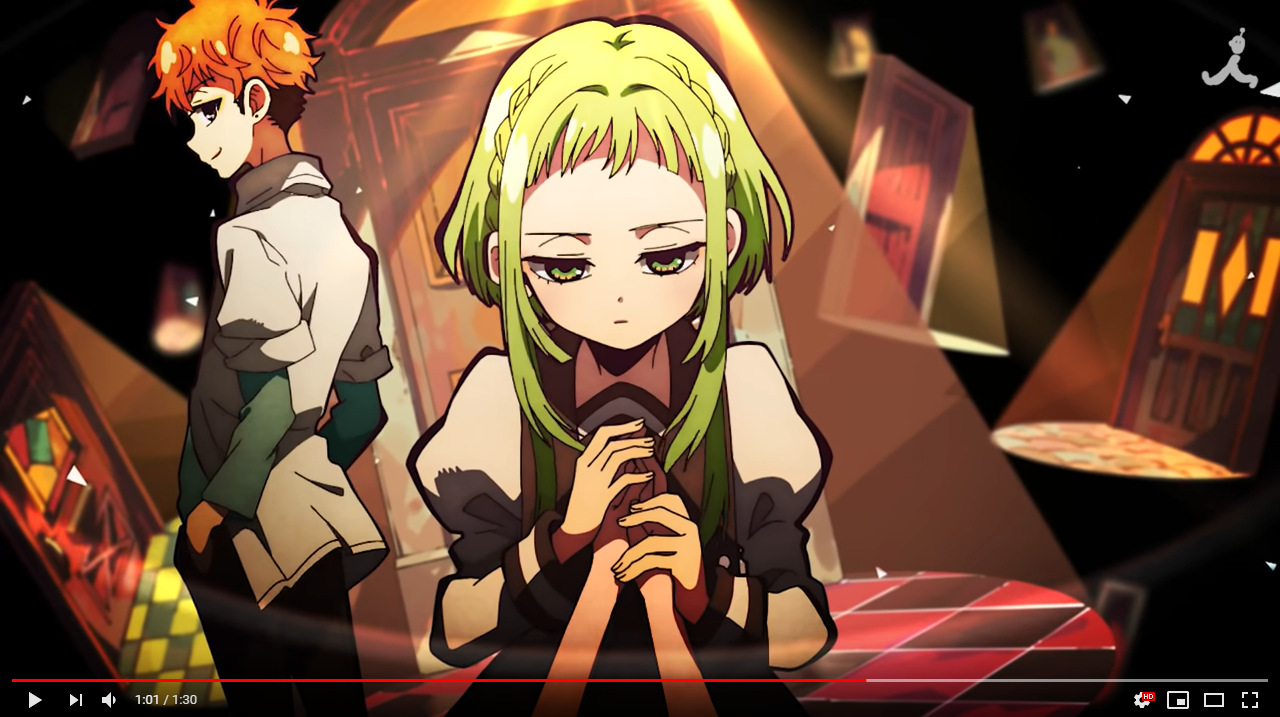 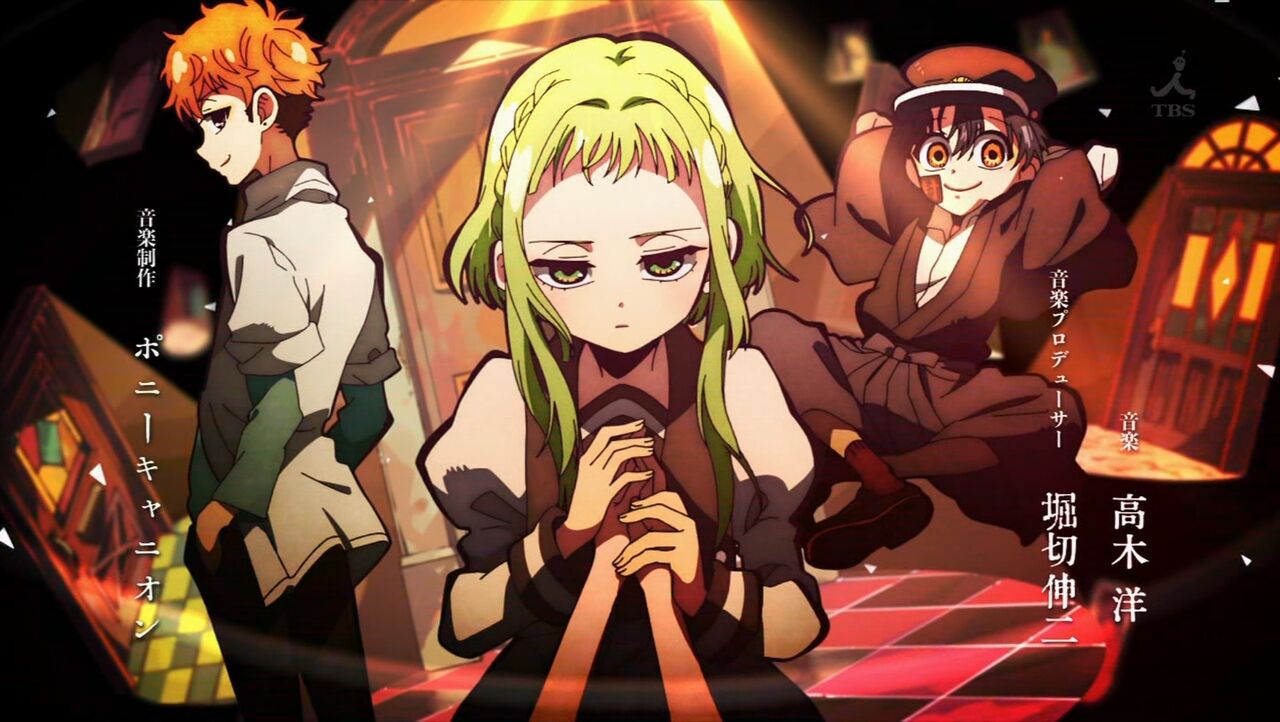 What’s more? We hear “Tsukasa” in the second lyrics of “No.7”, which can’t be heard in Anime but…… I won’t tell you where you hear it! Why don’t you try to find it?

So! Jibaku Shoune Hanako-kun’s going to have the Final Episode soon, full of various hints and spoilers in the Opening!! What is the story going to be like? Go check it out……!
Oki-doki! I’ll see you guys at the next article! Bye~!
Jibaku Shounen Hanako-kun (Toilet-Bound Hanako-kun)