So you guys! Have you been into a super popular comics & anime, Kimetsu no Yaiba??

Or…… have you been into EATING Kimetsu no Yaiba!!?? 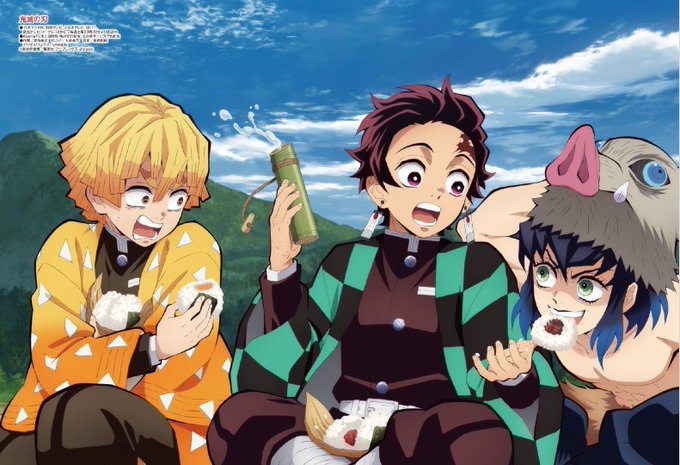 We have only been able to eat Kimetsu no Yaiba’s collabo food at the collabo café in Japan…… (Do you remember? I’ve been to the one! It’s quite a long time since then~!)
【Collabo Cafe】I tried going to a Kimetsu no Yaiba Café!!! 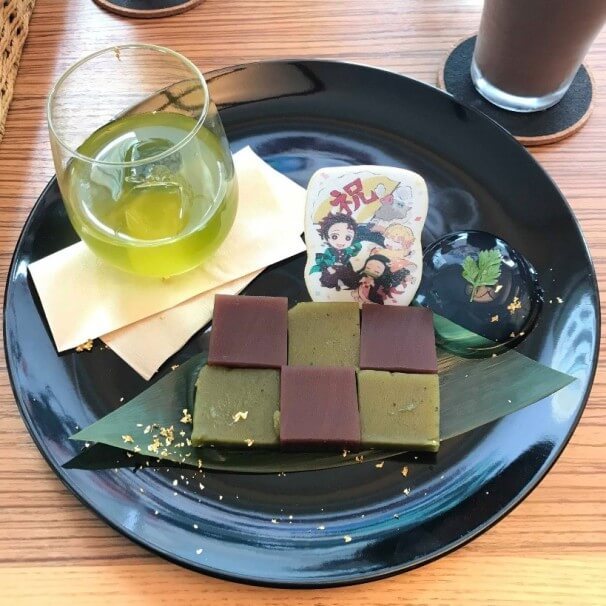 Guess what? Now we are able to get food whose motif is Kimetsu no Yaiba’s characters at the Japanese convenience stores! Here!! Tada~!!! 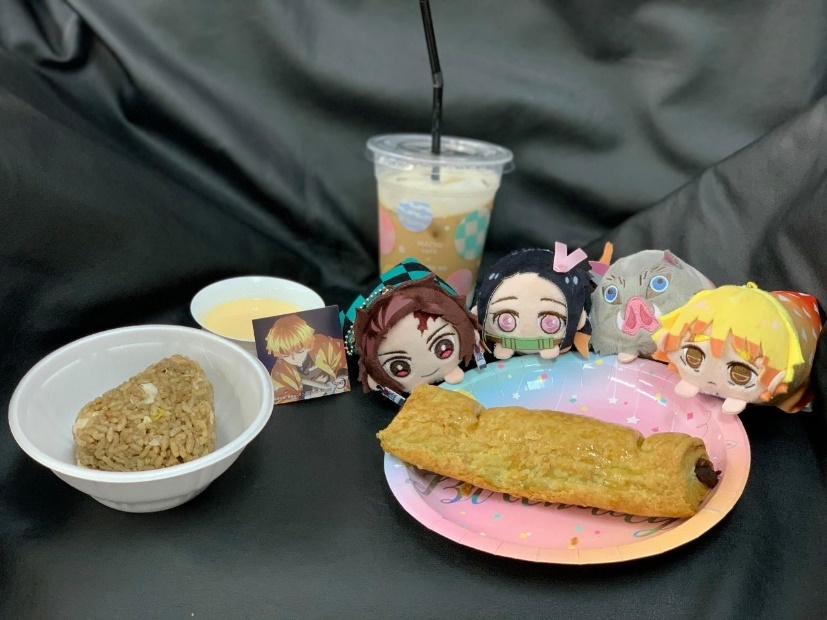 I got three kinds of food and one beverage at our office’s nearby convenience! (The beverage is actually called a collabo designed cup) Let’s take a look at them! 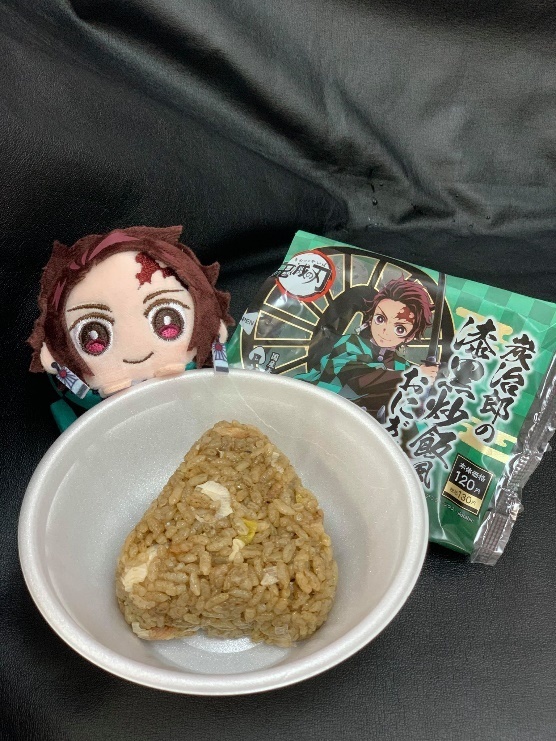 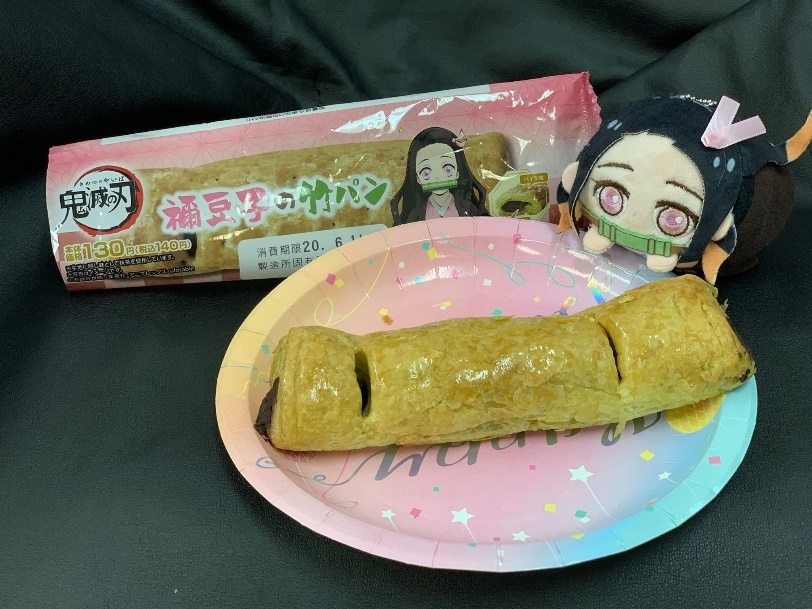 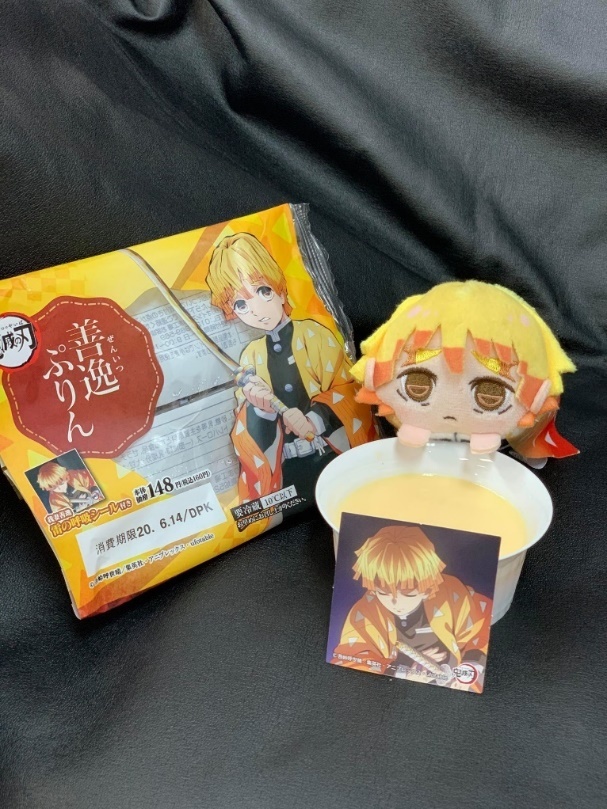 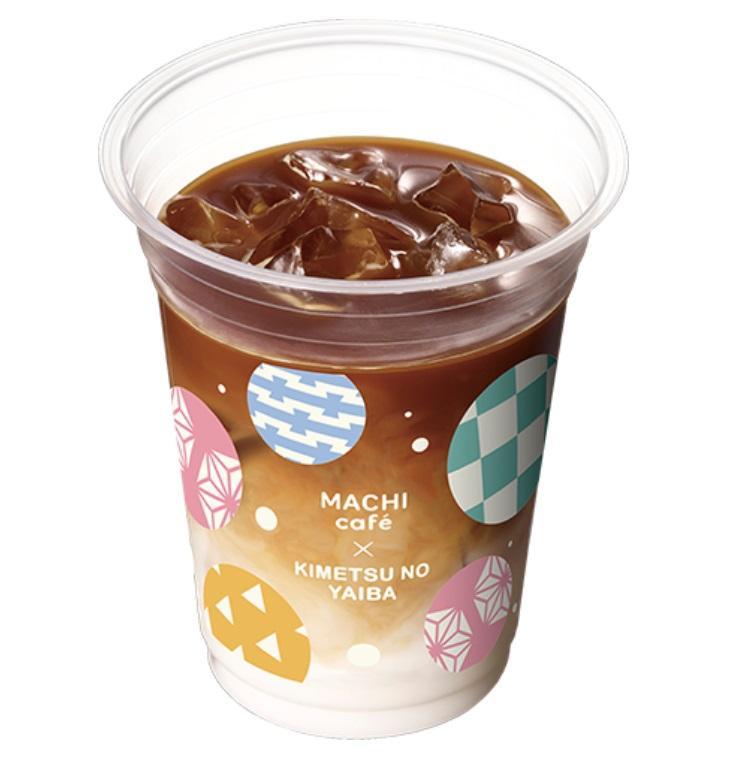 Now, I’m going to share how they taste! (Actually, they will be my lunch today!) Let’s start with this first! 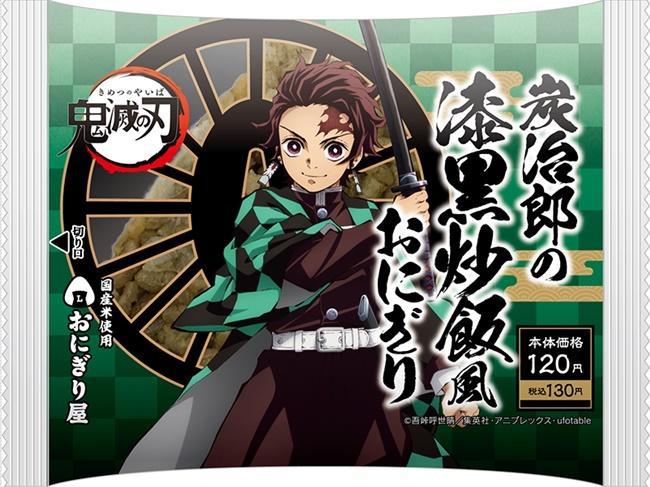 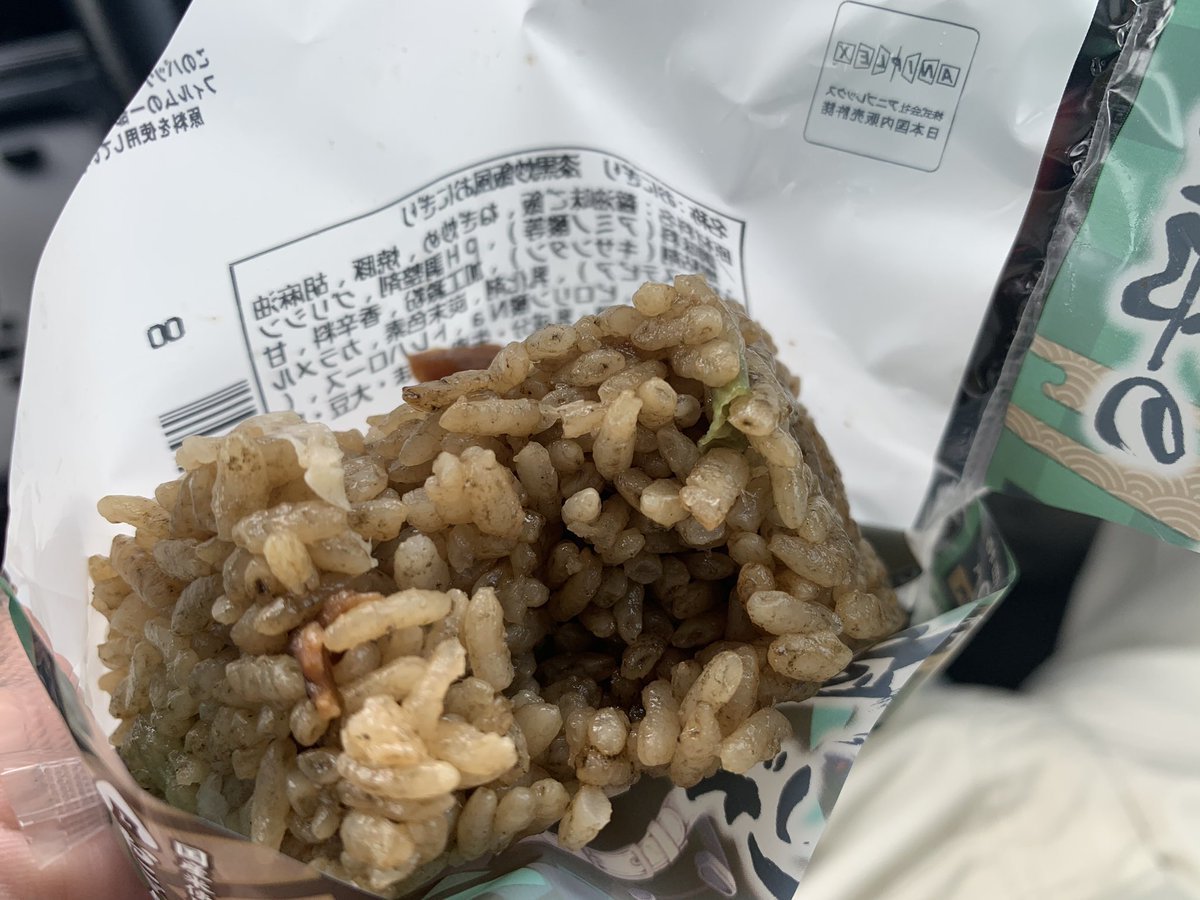 Not bad, actually…… Honestly, it’s good! However, it’s nothing like being “eccentric” or “new”…… “It’s okay good”, I should say. But it was close, though! The sesame seed oil is bringing the flavor out but I wanted the flavor to be a little stronger…… Maybe we can customize it by adding some flavors, I guess!
But you know? This flavor really matches with Tanjirou…… always being “kind”= mild flavor…… We can say it’s “tasty” whenever we eat…… Yeah! So I gave it two stars!! 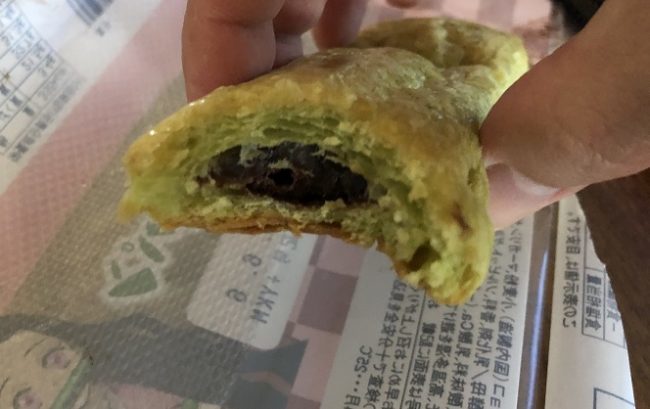 It’s filled with chocolate inside, covered with the fluffy matcha (green tea) bread! It’s pie dough so not too dense like the regular bread but it is quite tasty!
It tastes sweet so I should say it’s the best collabo food for the dessert! It’s not the half-way sweets but the perfect sweets! It looks good too (even though it’s a little soft). I like the idea, replicating a piece of bamboo, which Nezuko has in her mouth. So to me, as a whole, this one is the perfect and the best collabo food of all! 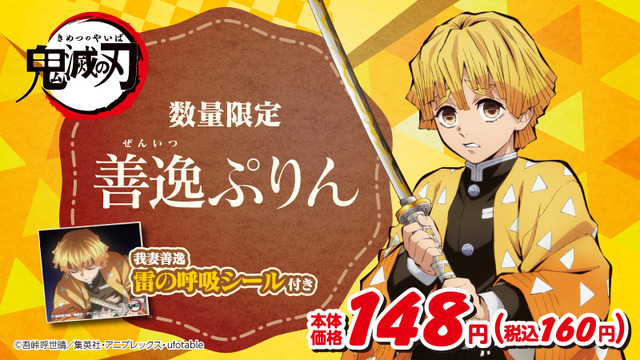 It was an okay good pudding. 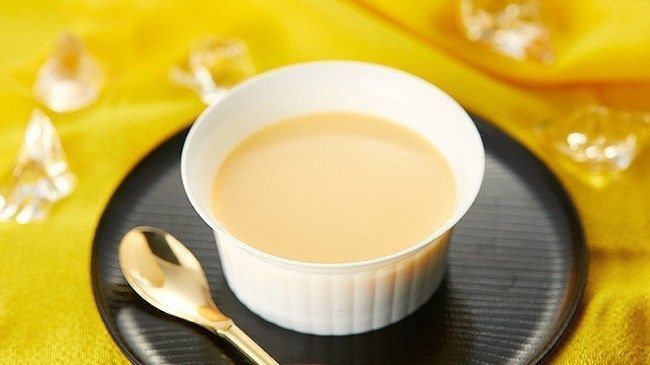 I shouldn’t say this way but it was a plain pudding! Maybe I shouldn’t have eaten this right after Nezuko-Chan’s bread……!! It would be better if I had it for a teatime at around 3:00 pm!
It was so firm that it didn’t come out when I flipped it over! I should say this taste reminds me of Nezuko Chan’s strong will, when she protected the box from Inosuke……! 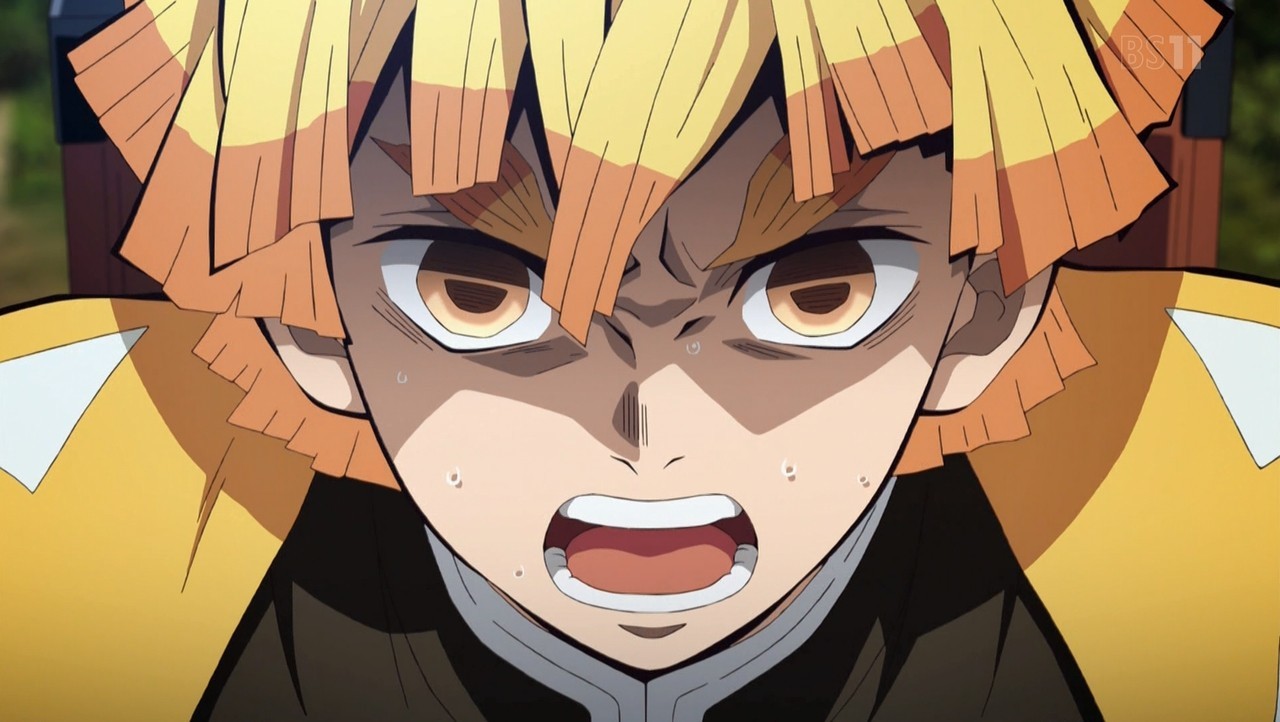 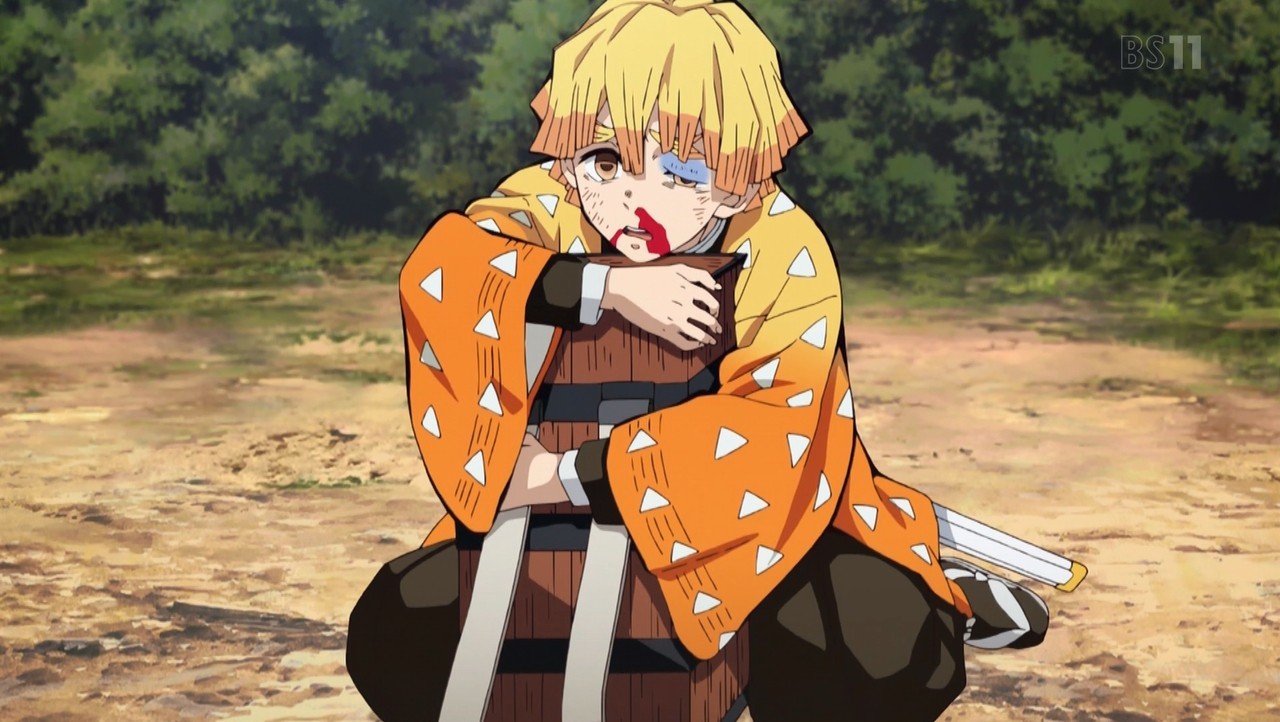 But again, it did have “firmness”, though it didn’t taste that “thick”! So this sweet flavor became a little refreshment for me. But again…… I shouldn’t have had it right after I ate Nezuko’s bread…… But it’s yummy!
That is for sure! 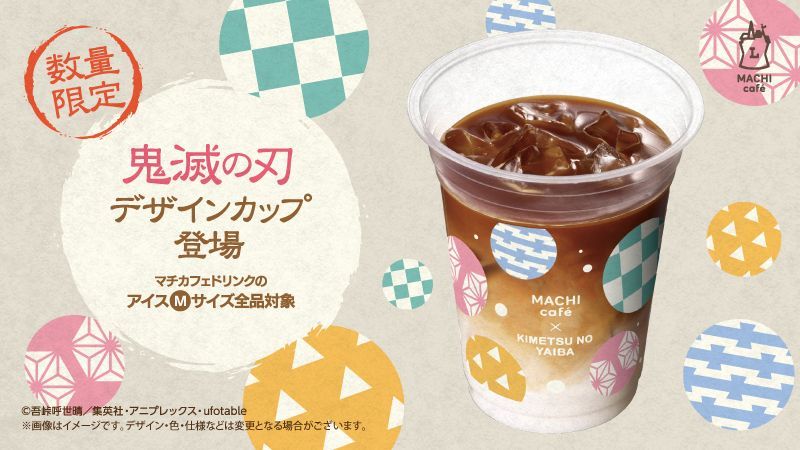 For this beverage, we can just get the collabo cup with the Kimetsu no Yaiba’s design on when we order a beverage at the convenience store. So the drink itself is not replicating anything!

But look at this cup! It’s so pretty! Since it’s made out of the clear plastic, we can’t order hot drink but if you are holding one, everybody should notice, “What? The cup seems to have the design of Kimetsu no Yaiba……!”
Maybe you can reuse it as something like a pen holder after you drink it too~!! The circles, imagining each character, are so cute, huh~!” 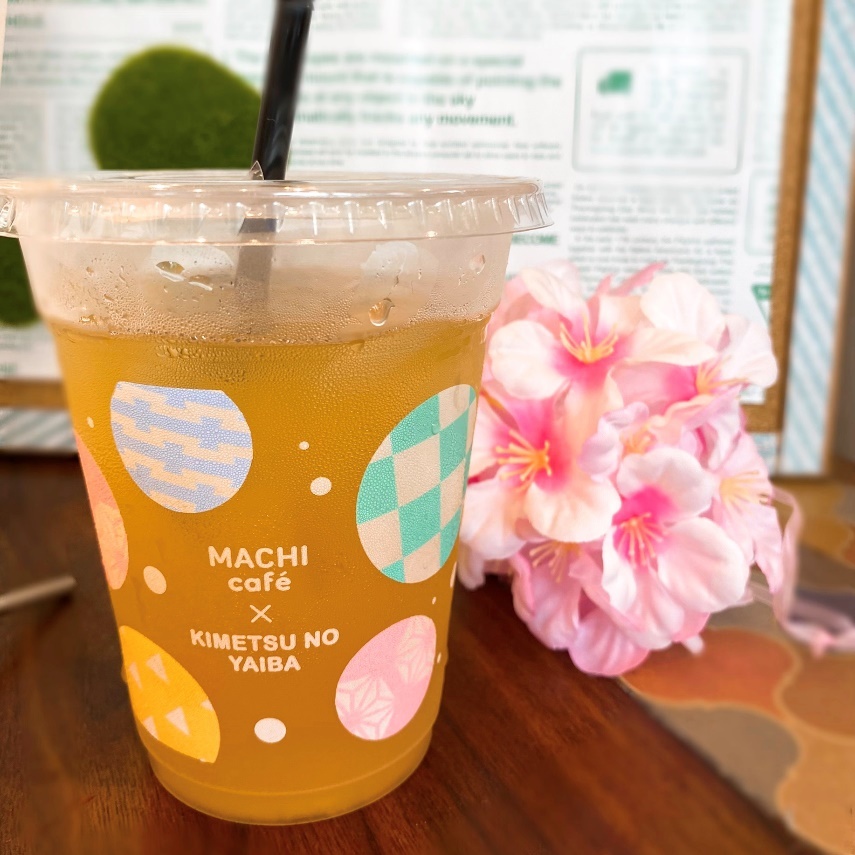 Isn’t it lovely that we can taste your favorite title, while eating?
So! For those who want to feel Kimetsu no Yaiba by tasting it……! Why don’t you actually make the dishes, which you actually see in the story? We see so many delicious-looking dishes in Kimetsu no Yaiba~!! 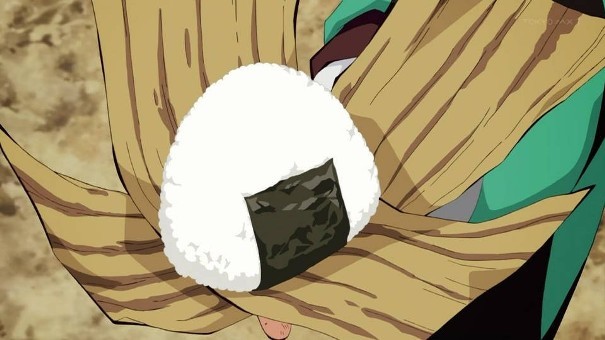 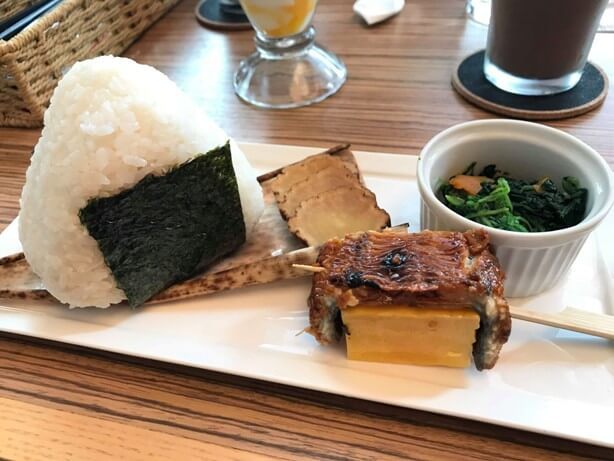 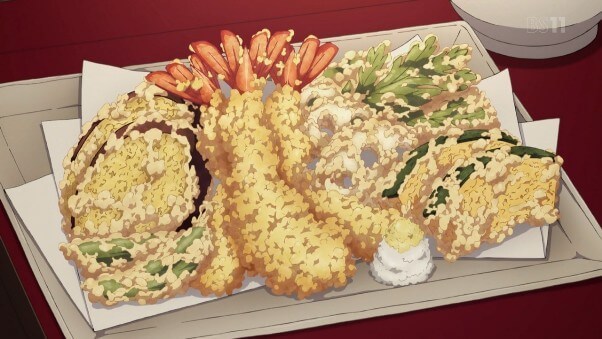 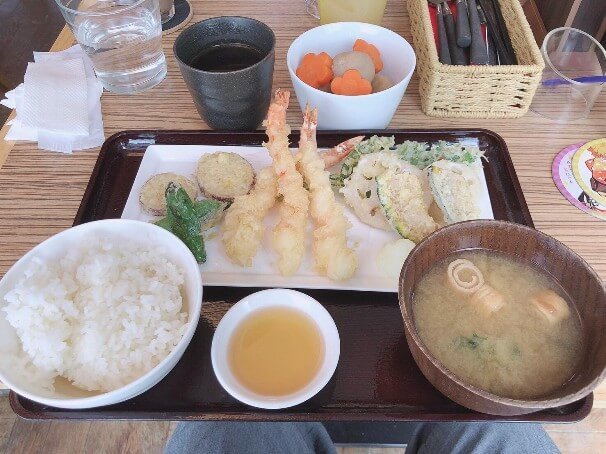 Oki-doki! I’ll see you guys at the next article! Bye~!
Kimetsu no Yaiba (Demon Slayer)