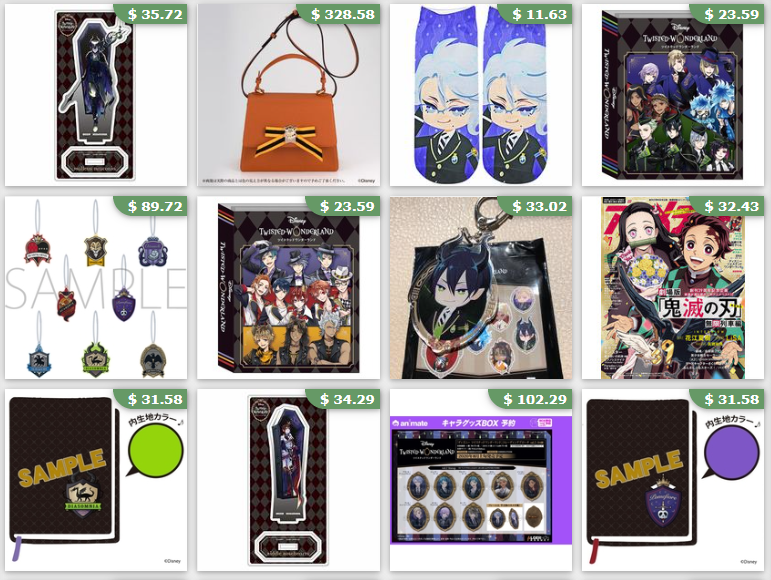 In Japan, this title is now livening up! A limited-time Gacha was held and it was also ranked in TOP 3 in the best-selling ranking! It’s been so popular and famous that I feel more fun writing about Twisted Wonderland in the article too! (I did have a lot of fun before but it became even more fun now! I hope there will be more fans~!)

Okay! So today, It’s a special number for the Characters by dorm, Vol.4! I’ll feature…… THIS dorm today!! 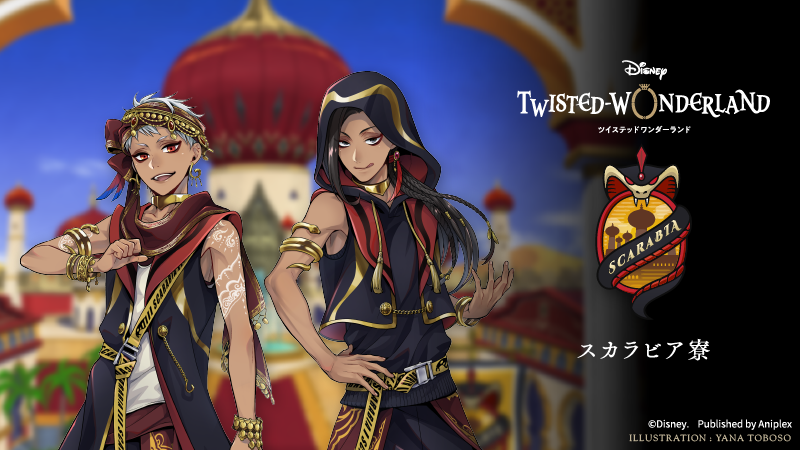 What Is a Scarabia Dormitory? 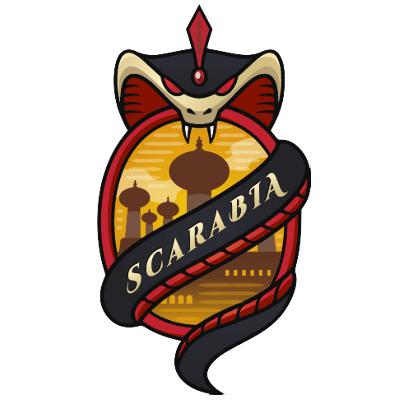 It’s inspired by the world of Aladdin.
It was founded on the “deliberation” of the Sorcerer of the Sand. Most of the students assigned in this dorm are thoughtful and intelligent. As for their academic performance, they are ranked in top, being competitive with the students assigned in Octavinelle dorm.
The students can go back and forth to school through the magical mirror. Scarabia Dormitory is located in the desert. Even though it’s the desert, it has quite a comfortable environment both in daytime and nighttime, where the students can study, being relaxed.

Wow, I can tell that this dorm is inspired by Aladdin! Look at the Arabian-style exterior, lounge and students’ rooms~!! I feel as if I’m in the Aladdin area (Arabian Coast) in the Disney Sea, Japan! I wish I could actually visit there!

These TWO are the students assigned in such a gorgeous Scarabia Dormitory!

Kalim Al-Asim
2nd grader: the leader of the dorm 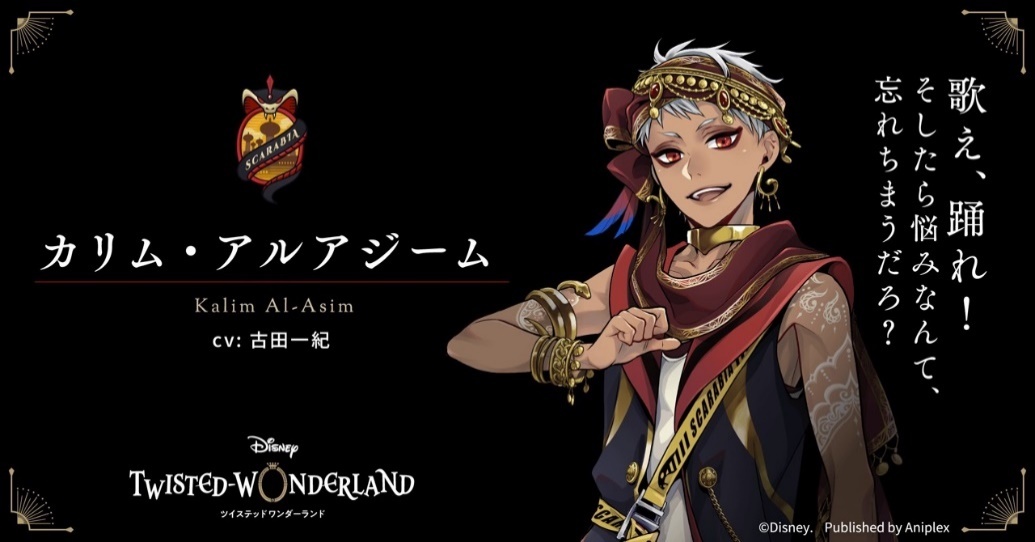 It’s not sure who he is inspired from but it’s said to be the main protagonist, Alladin, or the King Sultan from Aladdin. He is the head of Scarabia, 17-year-old boy, who was born into a wealthy family.
He is generous in a good sense and too laid-back in a bad sense. Always being easy-going and cheerful, he loves to do something fun like partying and dancing. He is one of the most sociable students in the entire school, and likes to invite various people to the party. Growing up, he’s been with many siblings, so he often takes a good care of other students who are junior to him.
Jamil(mentioned later)’s ancestors have served Kalim’s family generation after generation, so Jamil and Kalim have been raised together. But their relationship seems like “the most dependable siblings”, rather than the one between the host and the server. (They mostly say what they want to say to each other.)
He is good at the magic where he manages and creates the water. This magic has been cherished in his home country. His favorite thing is coconut juice and what he doesn’t like is curry and rice. He has been poisoned and kidnapped so many times since little and one of the incidents became his trauma, making him not want to eat curry anymore.
He belongs to the music band club and his hobby is partying. What he is good at is to appraise the poisons.

Jamil Viper
2nd grader: the sub leader of the dorm 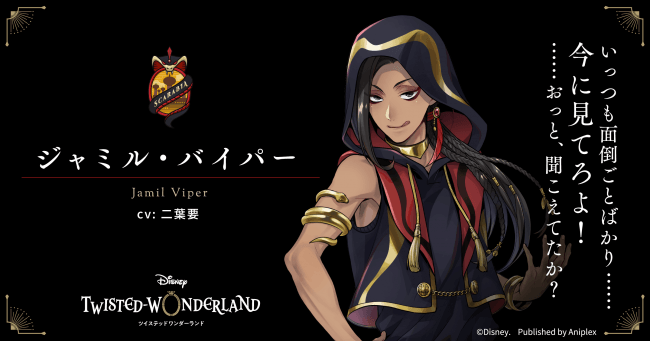 He is inspired by Jafar from Aladdin. (It’s not officially announced yet but they have many things in common.)
He is the vice head of Scarabia, 17-year-old boy. His ancestors have served Kalim’s family generation after generation.
He is very calm with common sense. He is a little candid but always is annoyed by freewheeling Kalim. As the vice head of the dorm, he supports the head, Kalim, thoroughly so people sometimes say “he might be doing too much for him”. But again, he never covers for Kalim, instead, he blames on him or even scolds him when Kalim did something wrong, which ends up causing a problem.
Academically, he gets average score (5 out of 10) on every subject and does nothing special. Jamil mentions, regarding his studying, “I don’t like to stand out so I’m not trying to do too much”. Is it true……?
He is good at cooking. Jamil makes everything Kalim eats. (Meaning Kalim never has to go to the cafeteria for lunch. He brings lunch that Jamil makes every day.) Actually, Jamil was trying to eat curry and rice, which Kalim made before, when Jamil found out that it was poisoned. It was a life-threatening experience for Jamil. Since then, Kalim started to eat only what Jamil makes. But thanks to that, Jamil’s cooking skill has been improved. (Even though that happened, Jamil actually loves curry and rice.)
His hobby is break dance. He is good at cooking. He belongs to the basketball club. 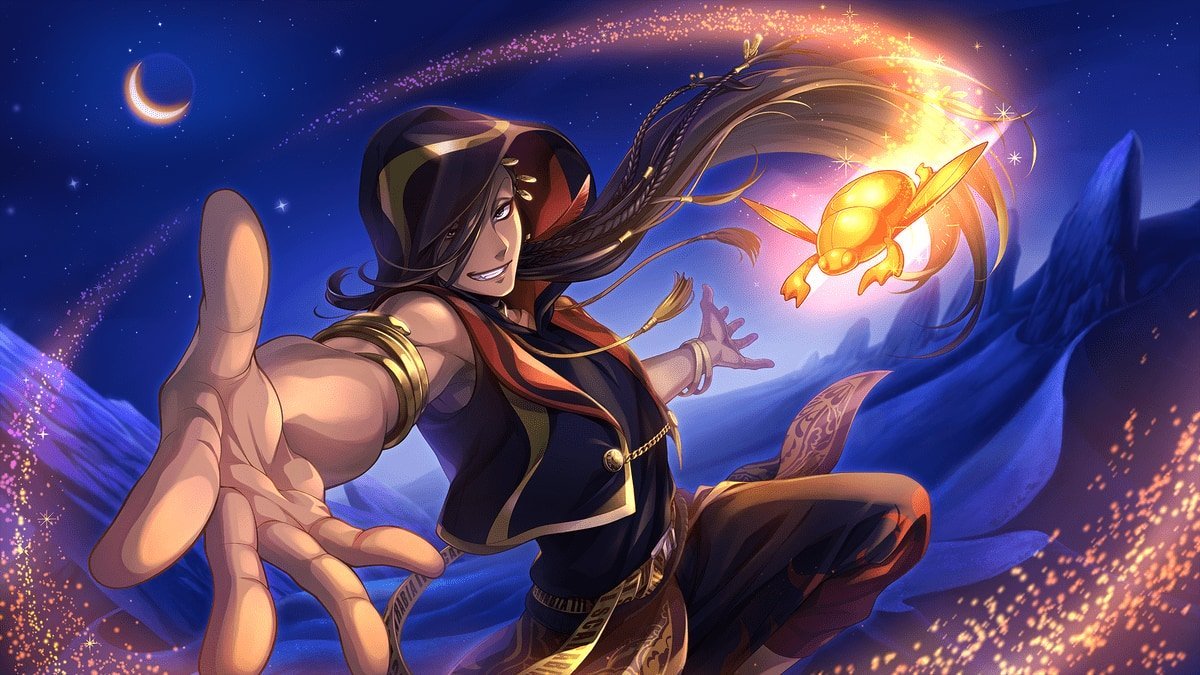 So! You will see these two in Season 4, which was just released in Japan! Kalim&Jamil Pickup Gacha was ranked in top in the Japanese app best-selling ranking! It’s making a buzz in social media too! This Season is making this title even more famous and popular!
NIGHT RAVEN COLLEGE is now having a winter break.
While many students are going back to their parents’ houses, the players from the different world are going to stay at NIGHT RAVEN COLLEGE, since they are not able to go back to their world.
Kalim, the head of Scarabia dorm, talks to them, seeing them bored.
Why don’t you guys stay at Scarabia dorm with us? We’re not going back home during the winter break, either.
The player, with his partner, Grim, accepts the offer and visits Scarabia dorm. There, they will get to know the history of Scarabia dorm……? 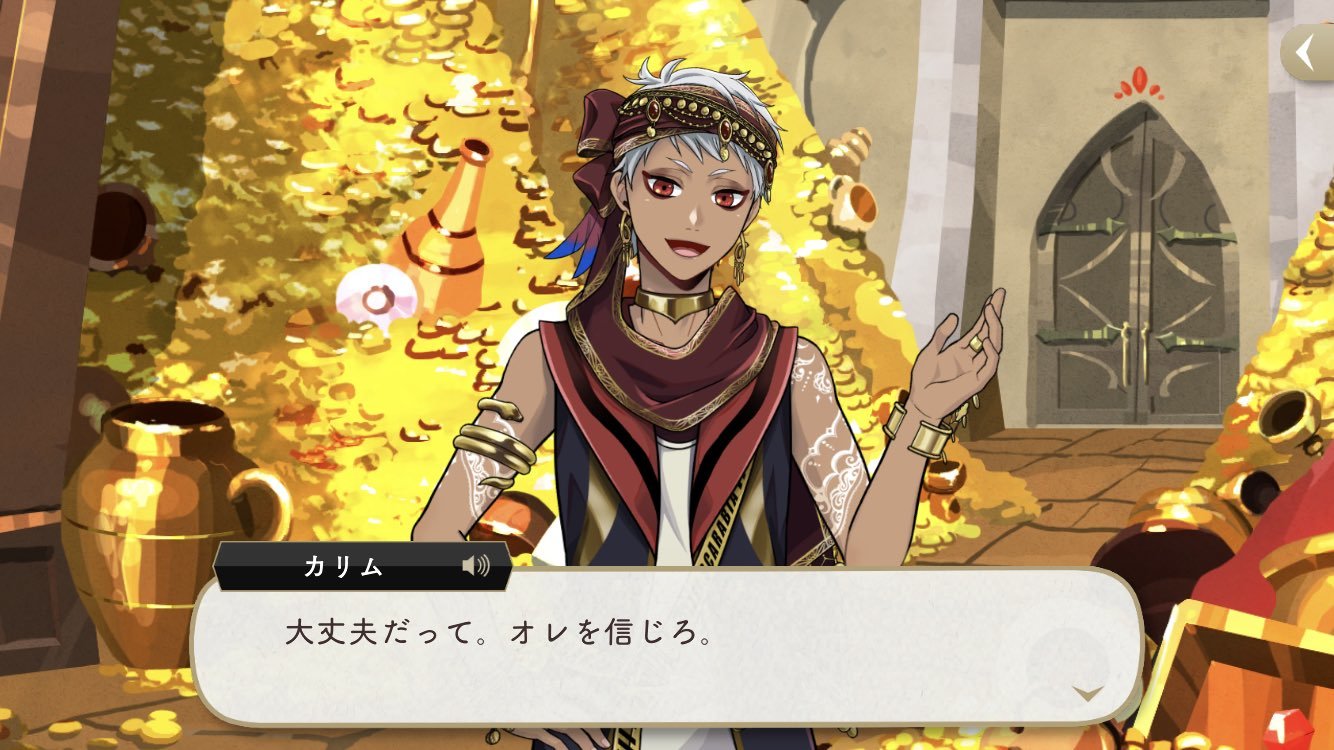 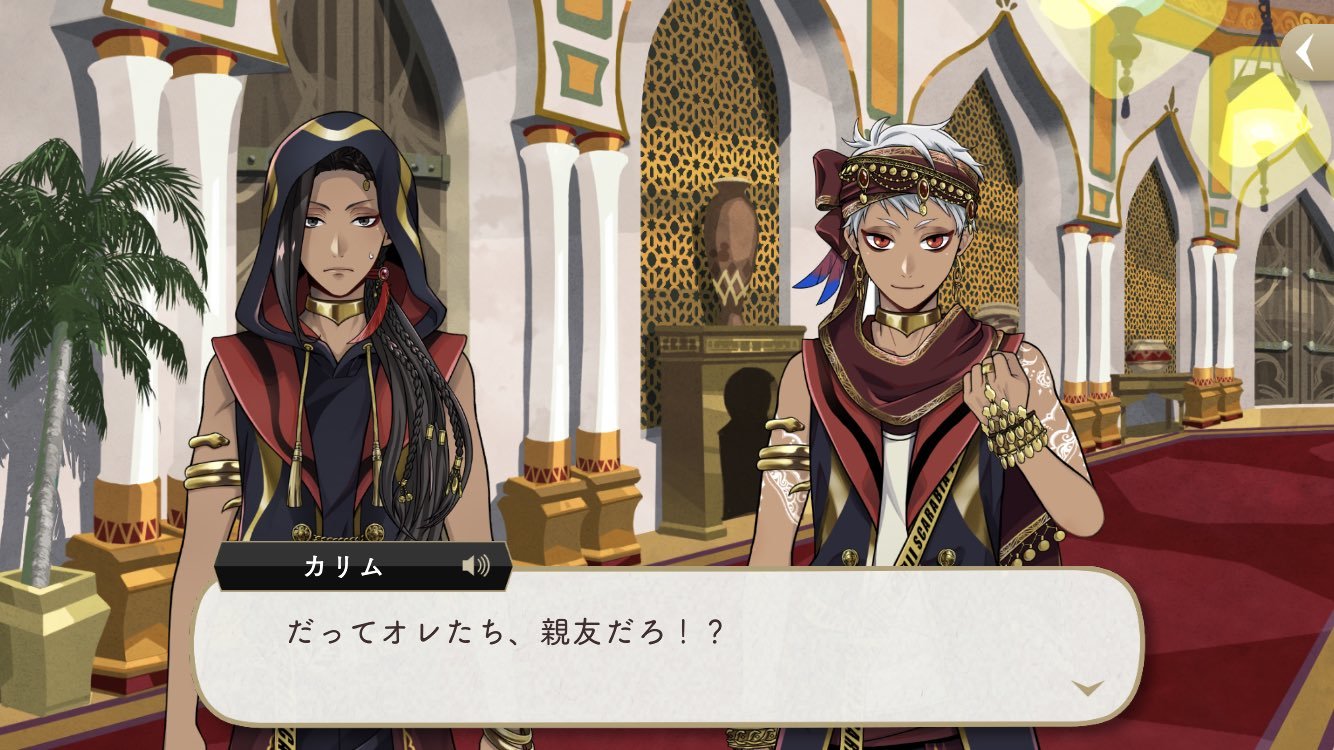 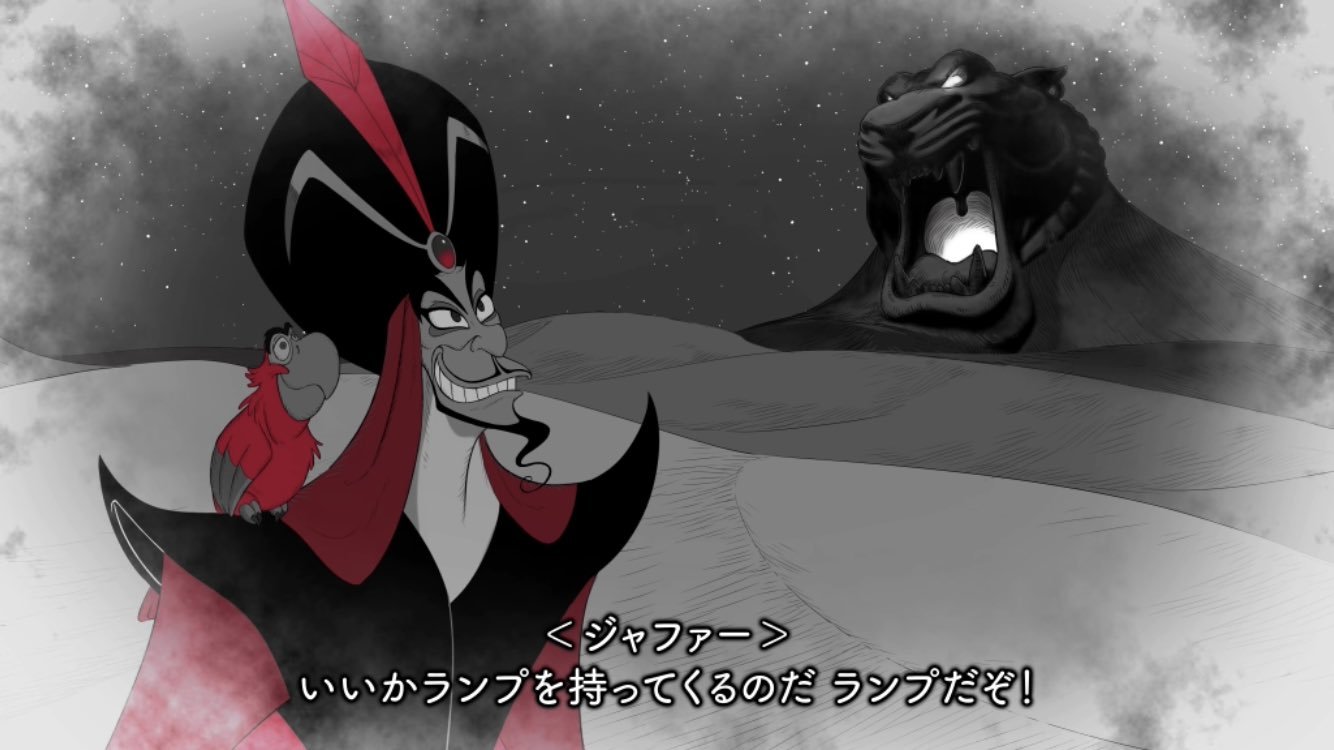 Oki-doki! This is all for today! I’ll see you guys at the next article!!
Bye~!!!
Twisted Wonderland