Hi guys! We’re finally in July! We can’t feel safe yet! So I try to prevent infection when I go out! It’s Mafuyu from Goods Republic!

Now we’re in July, 2020…… So! More and more 2020 Summer Anime are starting to air! I shared the lineup with you in the previous article so go check it out if you haven’t checked it out yet!
【2020 Summer Anime】SAO, Re:ZERO, Railgun……!! Full of Popular Anime, Airing in July! 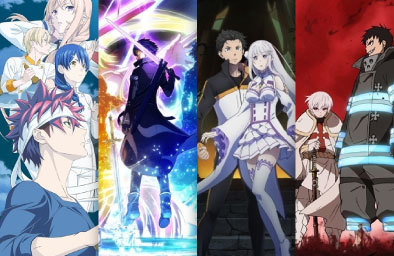 The one I’ll feature today is one of the highly rated (being “awesome”) 2020 Spring Anime! (I’ll give you the reason why it’s been this popular later in this article!) 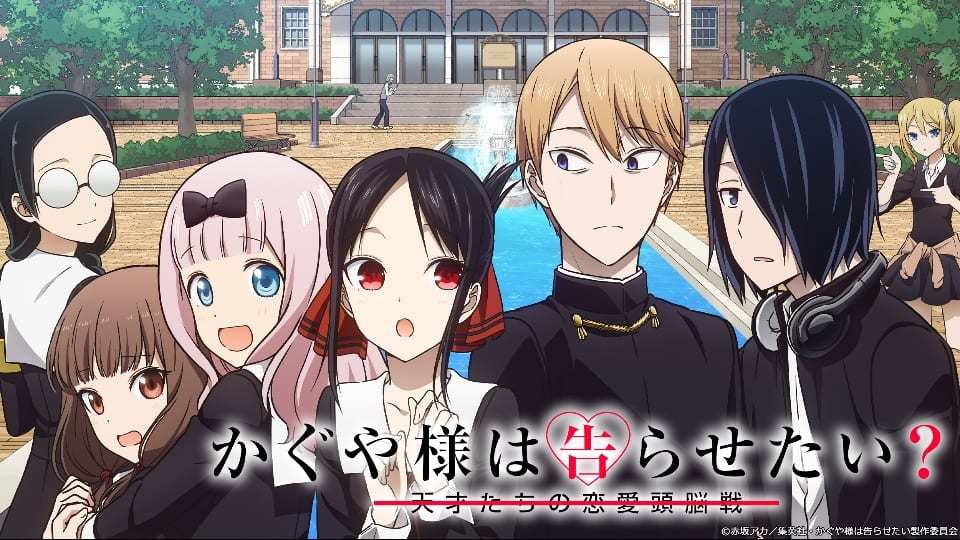 YES! The one I’m featuring today is! I bet many of you have already watched it!! A Now-HOT Anime! The Geniuses’ War of Hearts and Minds: Kaguya-sama wa Kokurasetai (Kaguya-sama: Love Is War)!

What kind of story is Kaguya-sama wa Kokurasetai (Kaguya-sama: Love Is War)? 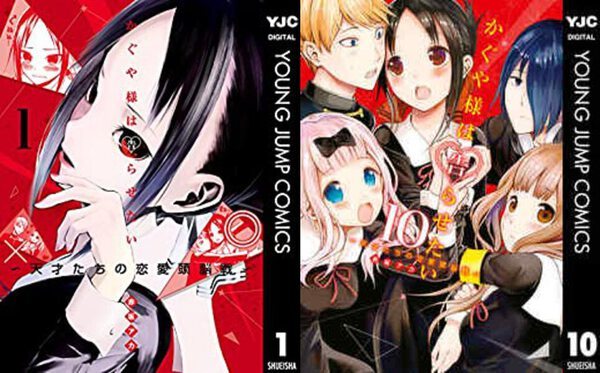 It’s a school love comedy series, now serialized in Weekly Young Jump.
It reached a circulation of 10,000,000 copies in total as of April 2020, and two official spin off series were serialized too. As of April 2020, 18 volumes of individual books have been released. Season 1 of anime was aired in January 2019. Season 2 is now airing, starting in April, 2020. 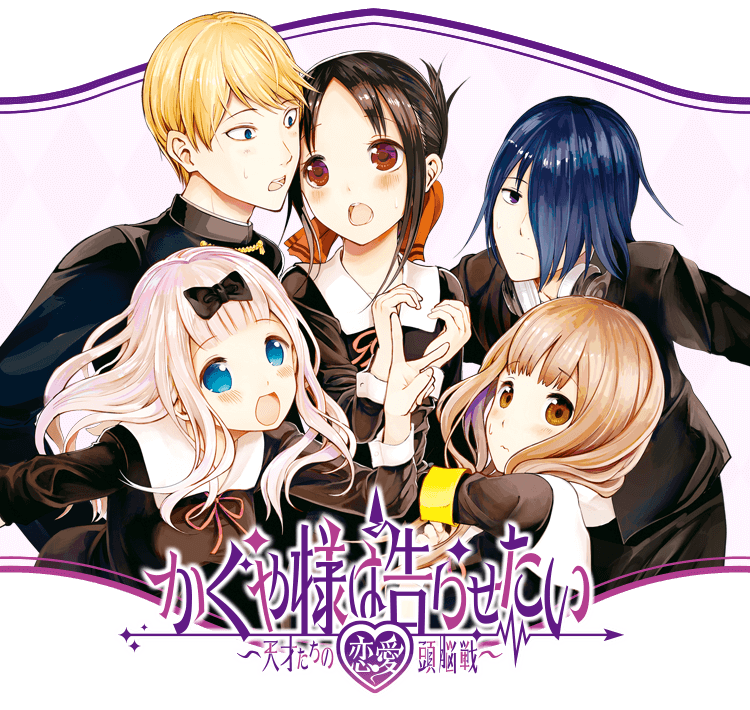 I bet this is super popular! I can’t believe that it’s already achieved 10,000,000 copied as a school love comedy title, recently being serialized……! For those who haven’t checked it out yet, here is a quick outline! 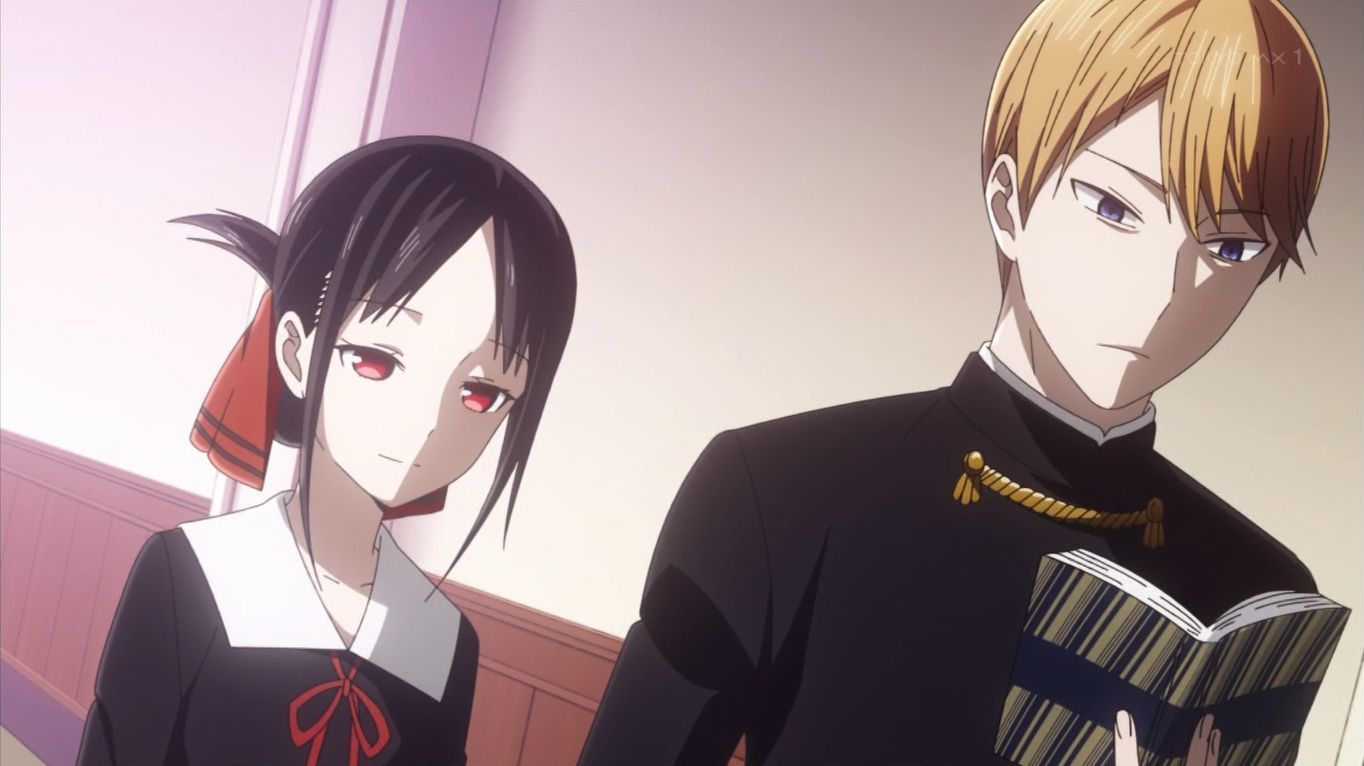 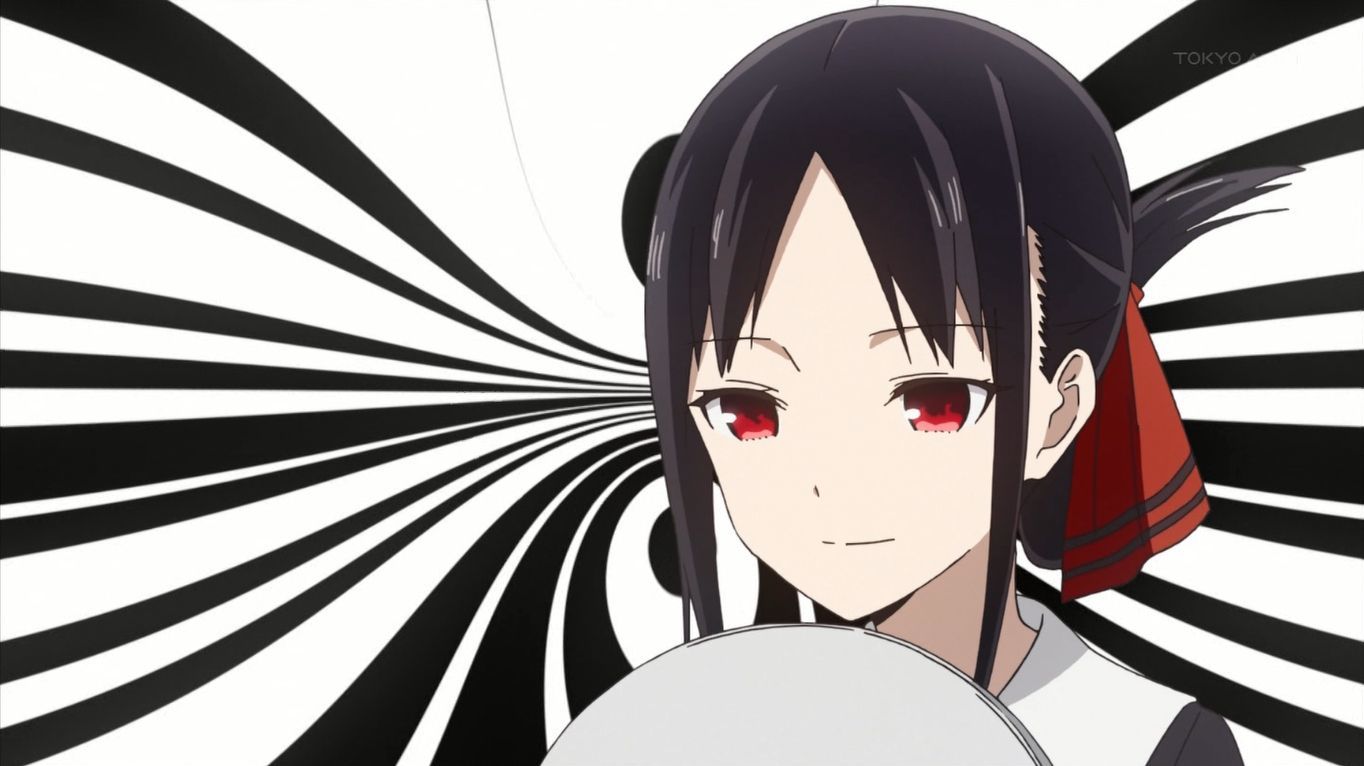 The vice president, Shinomiya Kaguya, has a perfect profile, being pretty, having an excellent academic performance and being the daughter of a wealthy conglomerate family. She basically completes everything perfectly so she is called a “perfect genius.” 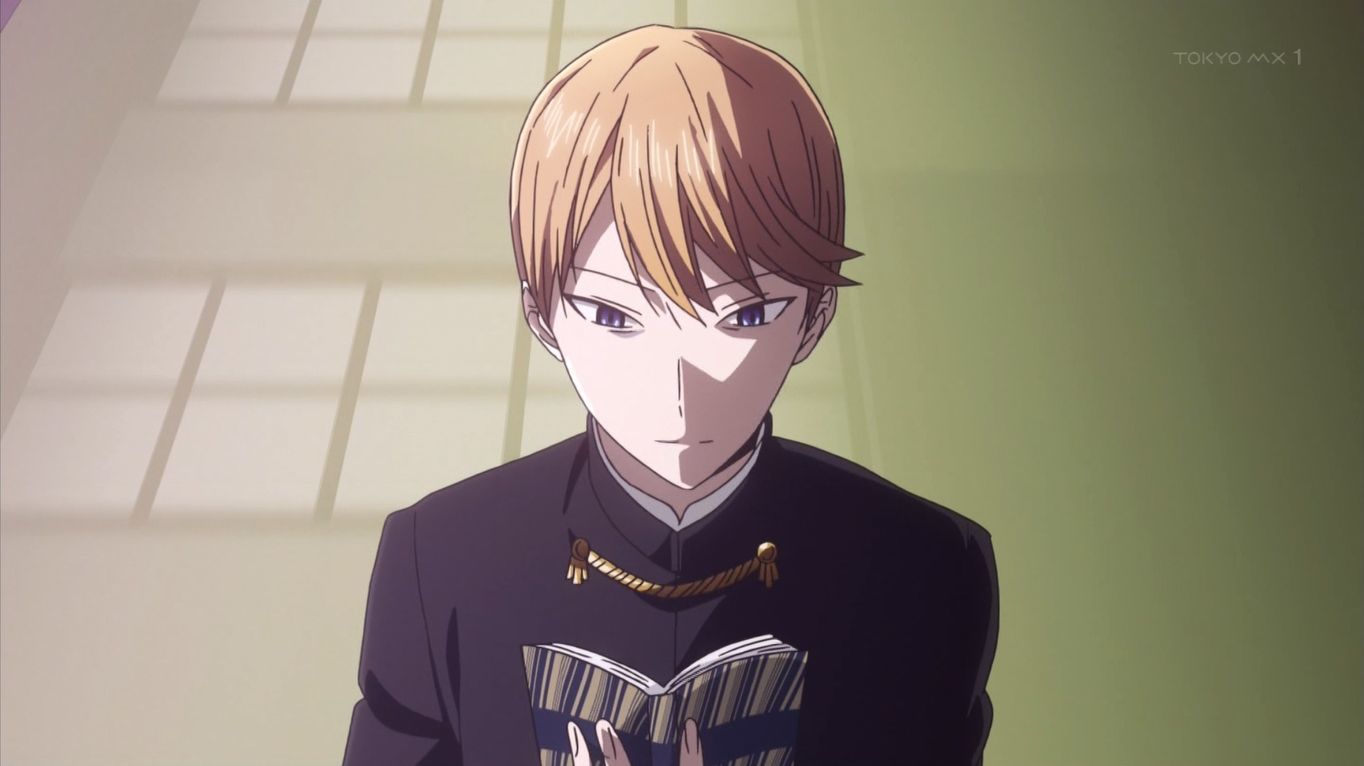 And the president, Shirogane Miyuki, is the top student of the school even though he was born and raised in a normal family. He was selected as the president as an “effort-making genius”, being a well-conducted and hardworking student. 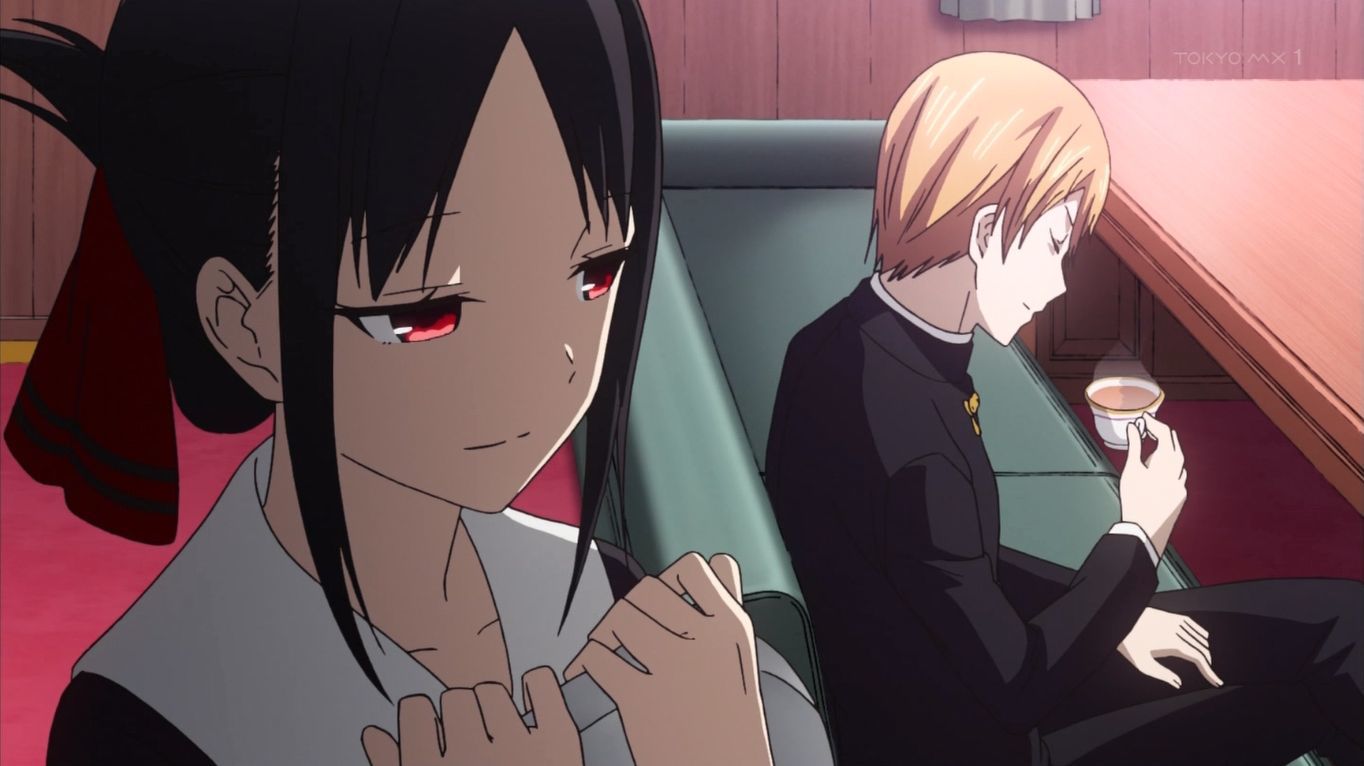 They both “like” each other as a boy and a girl. They both look attractive, have talents and status that the other doesn’t have. So…… they both think, “I would love to date with him/her if I’m asked out by him/her”.
“both”. 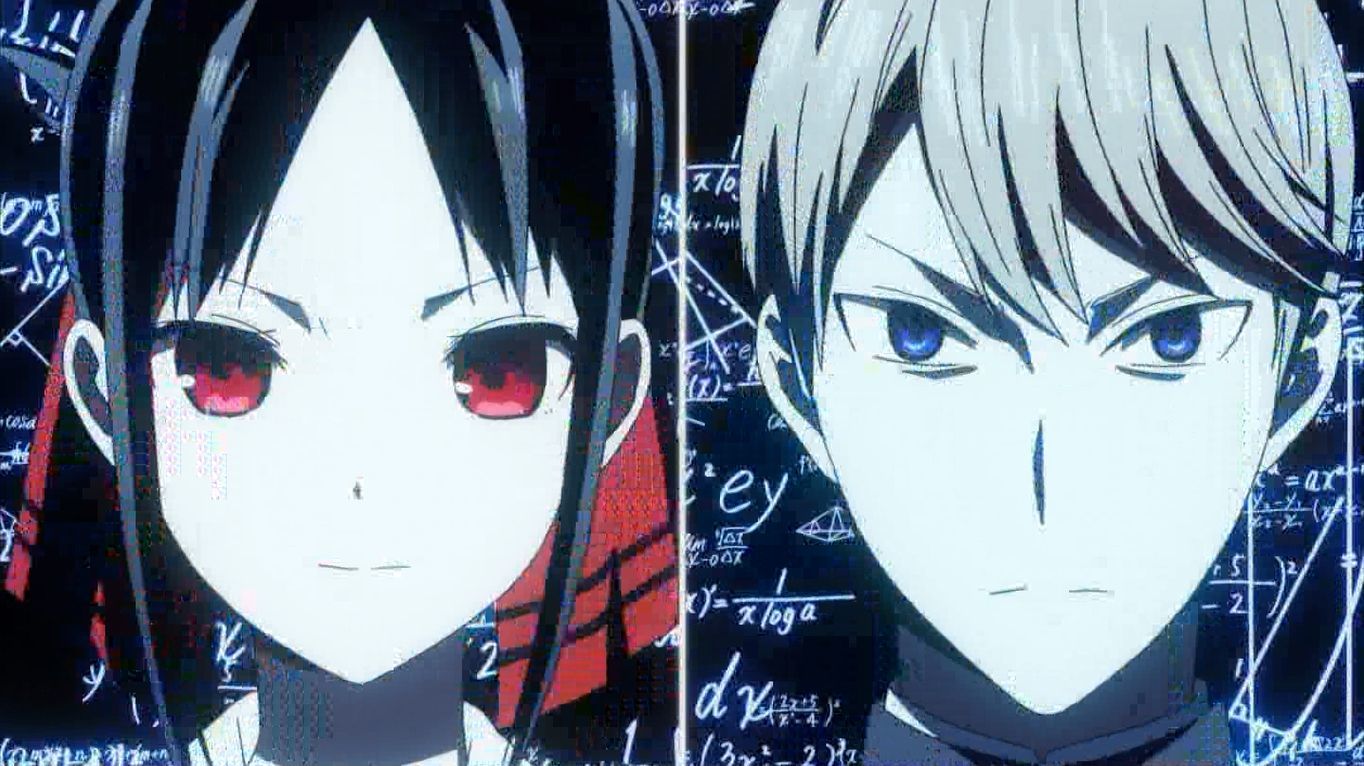 So the best part of this anime is that these two genius students compete against each other, making the most use of their wisdoms and theories, about “which will be the first one that confesses his/her love because the first one seems a loser”……!! 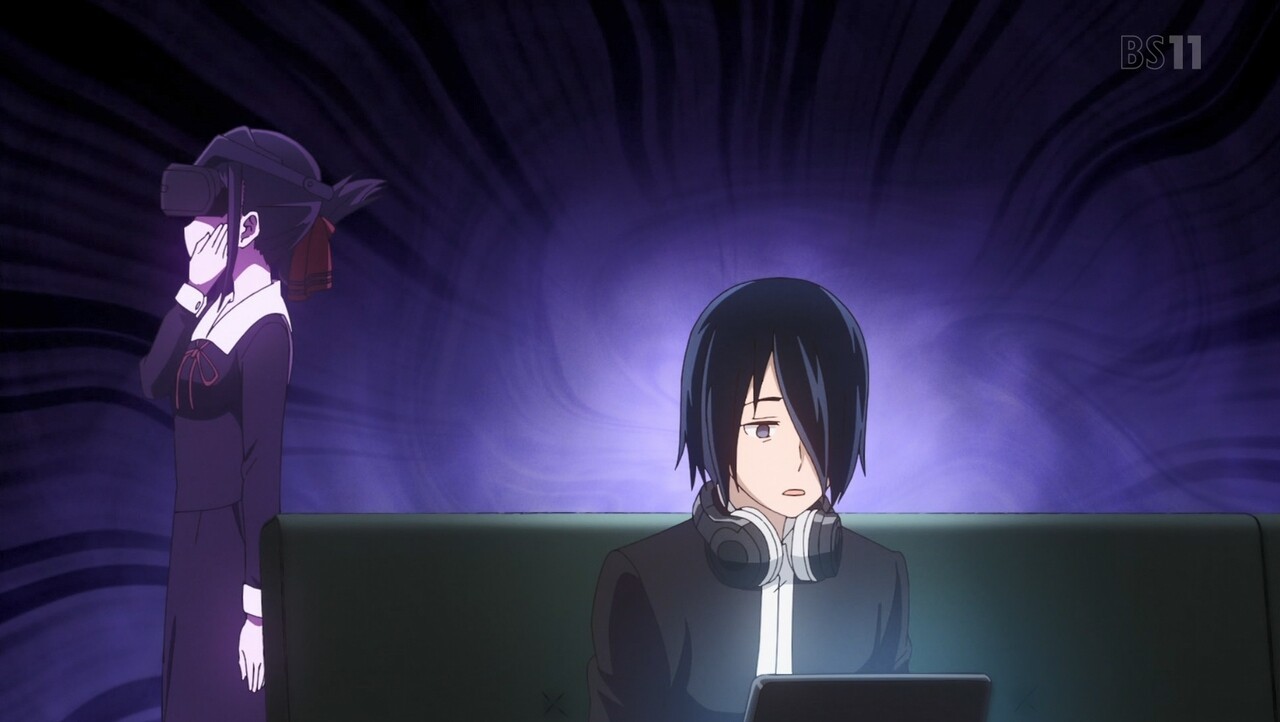 By the way, most of the characters except for these two think “they both like each other” and “One should ask the other out, anyhow”. This kind of thing happens in our lives too, huh??

The student council members of Shuchiin Academy (the stage of this story) are too unique……!! 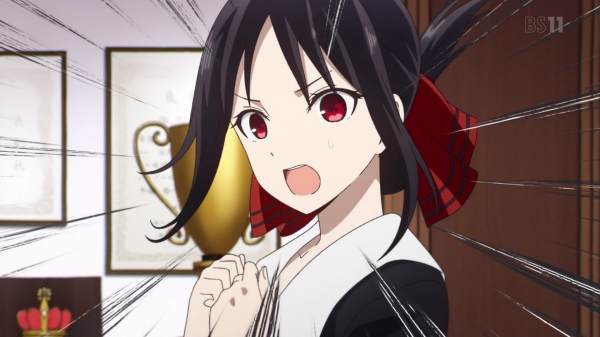 https://goodsrepublic.com/product/tag_page.html?tags=227013
She is wealthy (her family owns one of the largest business conglomerates in Japan), intelligent and is good at sports. She is perfectly genius.
However, she can never beat Shirogane Miyuki when it comes to the academic performances, being No.2 after Miyuki.
She has a crush on him but can never allow herself confessing her love to just a normal boy because she was born into a high-class family. Therefore, she’s been waiting for him to ask her out.
She is a very realist person and often tends to look down incompetent people (not maliciously) because she is too competent. She is rare as the recent protagonists, who can do anything (even the dirty tricks) to clear her purposes. She can even make use of her financial power.
She is good at making plans in an organized and cautious way. She prepares for everything perfectly in advance to win. But the thing is she has never experienced having a romantic relationship with anyone since she hasn’t met anyone who matches with her yet. She is actually a girly, pure and heartwarming girl. That might be her weak point, which messes everything up. 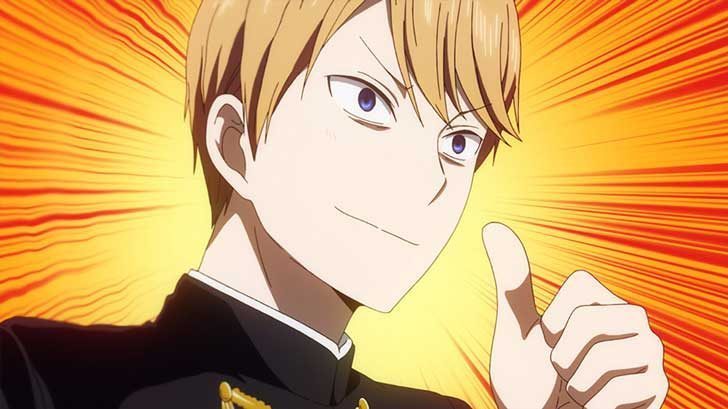 https://goodsrepublic.com/product/tag_page.html?tags=227017
He is the top student of the school, who has also placed second overall in national mock exams, attributed to his studying all the time. He is, literally, “effort-making genius”. He was born into a normal family, which is rare in this school. He even does a part-time job to support his family.
He is actually very shy with too much pride. Even though he has never experienced having a romantic relationship with anyone, he is very confident, thinking that “he is popular among girls”. That is why it’s been a half year, happening nothing since he started to think that “Kaguya will ask me out”, while he had a crush on her a way before.
He is a little like a yes man, but a hard working person. He is also very pure, sensitive and kind that he can’t leave someone in need. He is actually popular among girls but he is also thought to be a weird person because he does everything such as studying or part-time job perfectly, which makes it harder to be in the process of having a romantic relationship.
As the story goes on, it become clearer but he is actually a little bit off and has more weak points as well. 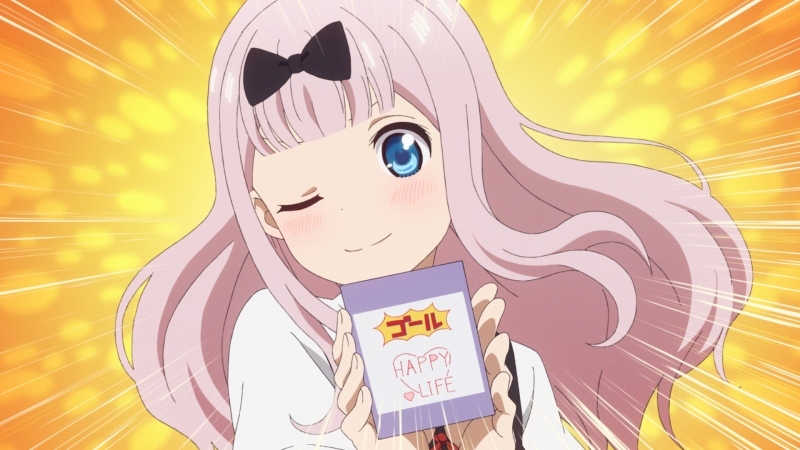 https://goodsrepublic.com/product/tag_page.html?tags=227014
She, a heroine of this story, is the student council secretary. (The main protagonists are the two above)
She is the only one in the student council, who hasn’t realized that “those two are trying to have each other confess his/her love”. She’s a little slow like that. She is also known for a troublemaker who always ruins their well-organized confession plan by taking an unexpected action.
She is gifted in music, having won piano competitions when she was an elementary school student. (She is poor at rap music, though) She is very pure, cheerful and curious about anything interesting. She always tries to be get involved with anything she shows interest.
She’s been the best friend with Kaguya since they were junior high school students. Kaguya cherishes Chika, who always stands by her side while everybody keeps a distance from Kaguya because of her high pride. She is a class clown of the student council and also makes the story even fun.
The music she worked on in Episode 3 of Season 1 was so cute with a little weird dance that it went viral in Japan. 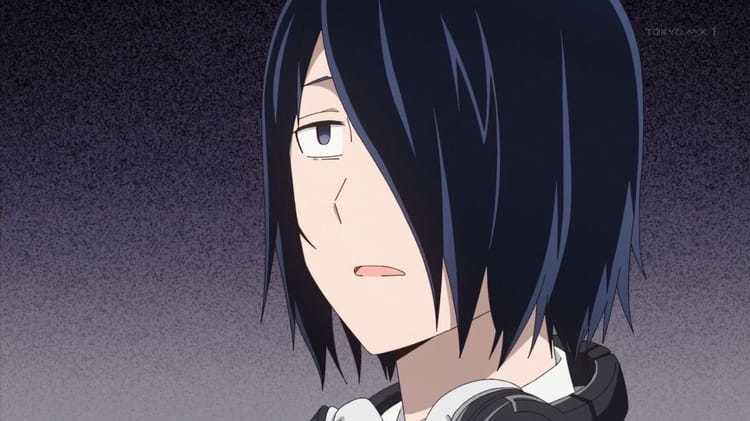 https://goodsrepublic.com/product/tag_page.html?tags=227016
He, student council treasurer, plays a role as “another protagonist” in this story.
He is the second son of a small toy manufacturer and used to play truant. However, Shirogane pushed him to come to school, ending up joining the student council as well. He is so skillful of processing data that he does almost everything on making documents for the student council.
He is, literally, a geek, not good at having romantic relationship with anyone, and not being sociable.
Since he stayed at home most of the time before, he has not experienced being successful for anything. Therefore, he cannot have confidence in himself. However, he is actually very kind and makes a lot of efforts at his heart. He is extremely good at monitoring people but he cannot read between the lines because he is not a sociable person.
He is a very good boy so I want him to be secretly happy. 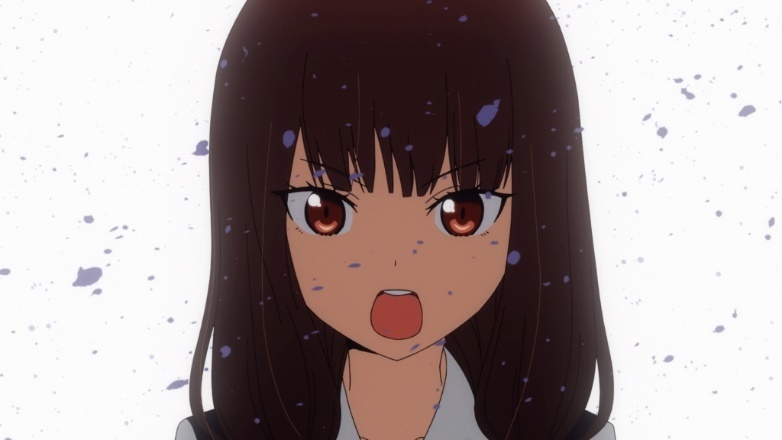 https://goodsrepublic.com/product/tag_page.html?tags=229137
She, student council auditing officer, plays a role as “another heroine” in this story.
Being a first-year student, she runs as a competing candidate against Shirogane for the next student council president. Even though she wasn’t selected as the president, she ended up joining the student council later on because Shirogane liked how she acted and asked her in.
She is a hardworking girl and “very serious”.
To her, justice matters. She is so serious and inflexible that she never allows any students who violate rules. Even though she works so hard on everything, she is still narrow-minded (compared to Shirogane or Kaguya), ending up failing from time to time. Academically, she is at the top of her class. She has belief saying “Nothing is persuasive unless you are at the top”. Yes, she’s been trying super hard behind the scenes.
She started to mainly appear from Season 2. She is another character who ruins the “War of Hearts and Minds”, rather than the story itself.

So the reason why Kaguya-Sama anime is this popular and highly-rated is because…… it has “a good tempo and interesting!”, compared to the original manga!

The original manga is interesting too but the anime is even more interesting! The story itself is very simple, fun, exciting and heartwarming to watch……! So this is all about Kaguya-sama wa Kokurasetai!! (Kaguya-Sama is unexpectedly silly and really adorable……!) 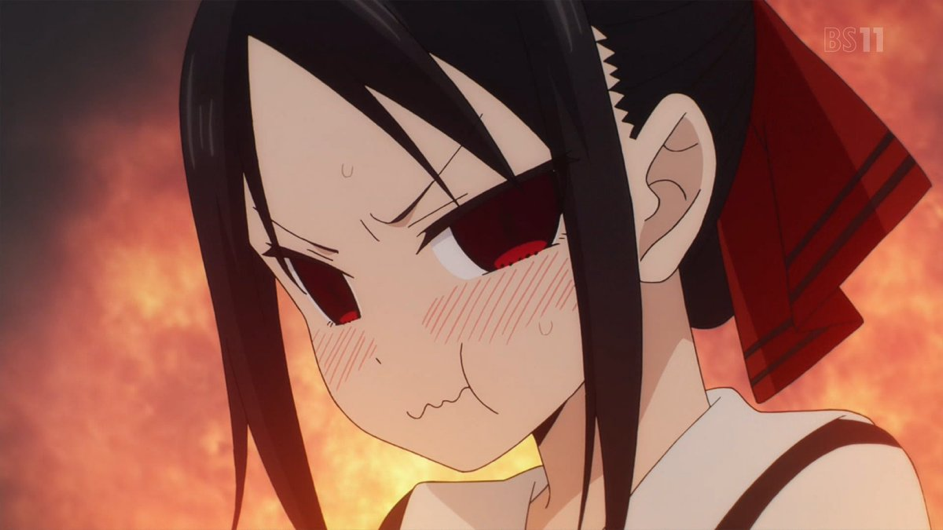 Yeah! And this week, guess what……??
Tons of such cute Kaguya-Sama’s Goods are releasing!!
Check HERE for OVER 750 Kaguya-Sama’s Anime Goods! 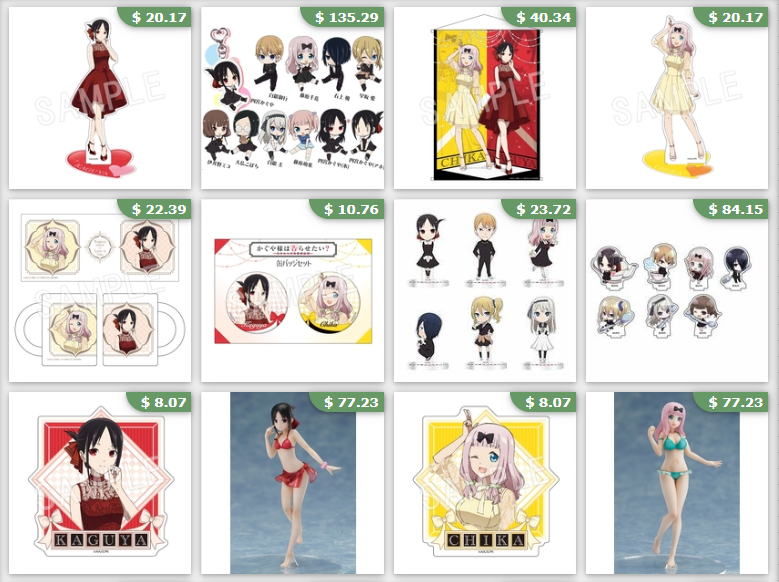 For those who haven’t checked them out yet, why don’t you check not only the Goods but also Anime!!
Oki-doki! I’ll see you guys at the next article!! Bye~!!
Shirogane Miyuki, Ishigami Yuu, Fujiwara Chika, Iino Miko, Shinomiya Kaguya, Kaguya-sama wa Kokurasetai (Kaguya-sama: Love Is War)