※Please note that this article contains some spoilers about Shingeki no Kyojin.

Hi guys! I’ve been watching Episode 1 of 2020 Summer Anime since it’s July now! It’s Mafuyu from Goods Republic! Have you guys decided which one you’re watching yet~?
Here is a List of the Newly-Started Anime in July, 2020! 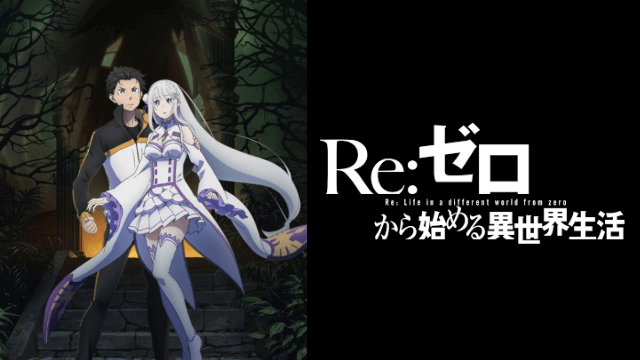 So! I want to feature 2020 summer Anime, but TODAY, I’ll feature Final Season of a super famous Anime, which will air in Fall, 2020!! I’ve heard that the author declared that the original will come to an end too so…… they both will be concluded simultaneously……!? Well, then let’s check out such a HOT title together!

【Shingeki no Kyojin】Final Season Will Be On Air in October! FIVE Minutes, and You’ll Know Everything about Season 1 to 3! 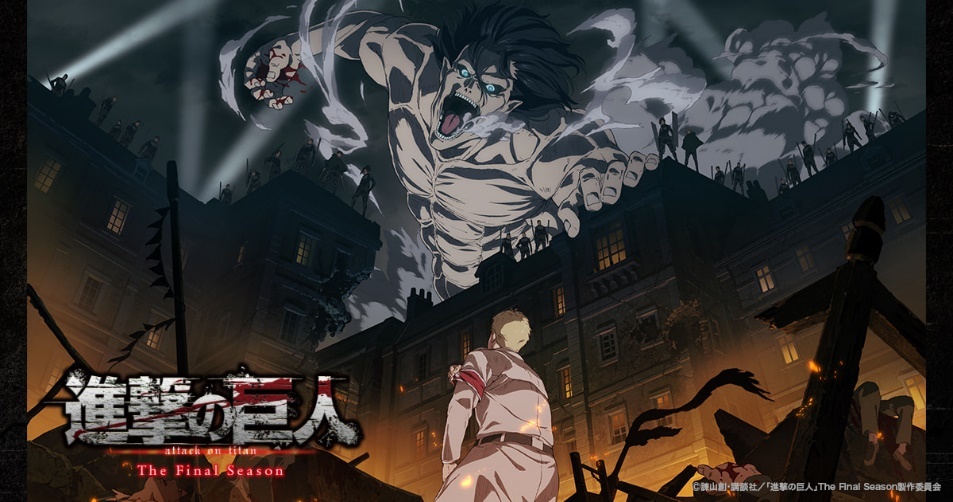 Shingeki no Kyojin Season 4 (Final Season) Is Scheduled to Premiere in October, 2020!

Like this, three Seasons have been aired so far!
It’s been aired for a long time but this Shingeki no Kyojin’s Anime Series will come to an end with this Final Season, Season 4……!!

Already then! Let’s do a quick review by each Season!

Season 1
Eren, who got kicked out by the Kyojin from his hometown, joined The Survey Corps 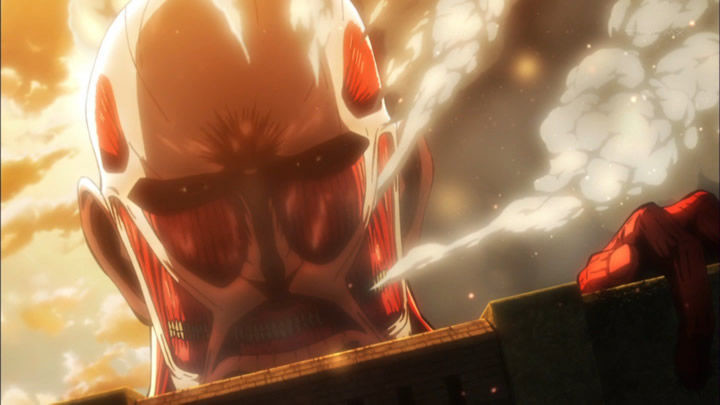 The main protagonist, Eren Jaeger, was a boy who lived in the town, surrounded by the castle wall.
He was living his life with his childhood friends, Armin Arlelt and Mikasa Ackerman peacefully…… when the “Kyojin” invaded to the town, passing over the tall wall, to kill the humans.
Eren could do nothing but ran away, watching his mother being killed by the Kyojin.
Then Eren, still small, swore to revenge on Kyojin. He applied to the Survey Corps (whose purpose is to ruin the Kyojin) with other survivors, his two childhood friends. 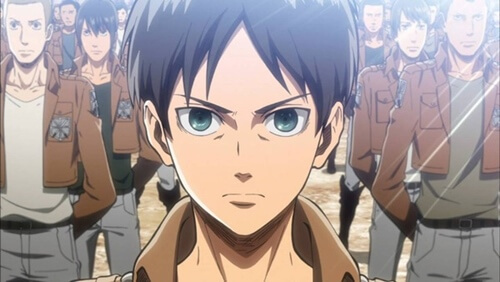 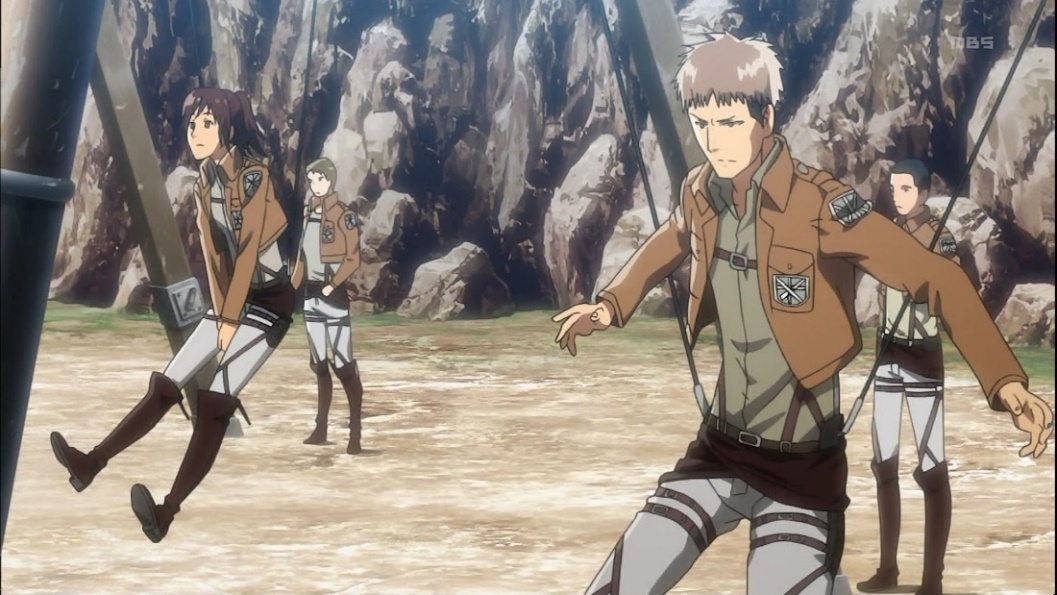 While Eren and his buddies were training, they got acquainted with other applicants for the Survey Corps and even Levi, who was said to be the strongest individual in humans-beings.
They ended up being accepted to the Survey Corps after going through various hands-o, life-threatening trainings.
Meanwhile, they found out that Eren had an ability to transform into the Kyojin. Some of the members at the Survey Corps started to consider him as a dangerous individual.
However, Levi, the strongest warrior of the Survey Corps, decided to manage and supervise Eren, believing that he might be the key to the secret of the Kyojin. 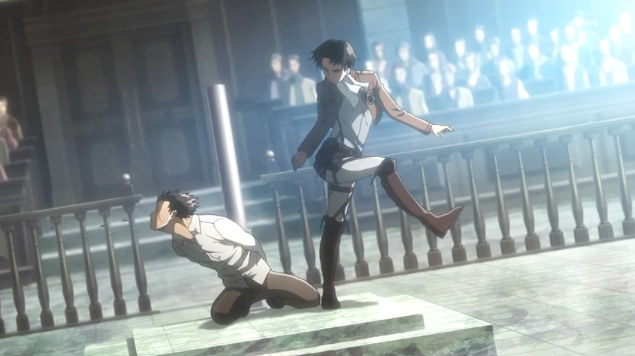 Not knowing why he can turn into a Kyojin, Eren started to be able to control his ability. While completing duties where they ruin the Kyojin as the members of the Survey Corps, they found out that there were some “traitors” in the Corps……!

Season 1 mostly depicts its unique worldview, characters and the organization called the Survey Corp! Season 1 has 24 episodes in total, full of high-rated characters’ expressions or action scenes. It’s always scary to see them fight against the Kyojin but their fighting scenes, where they run, jumping from house to house, are so powerful! 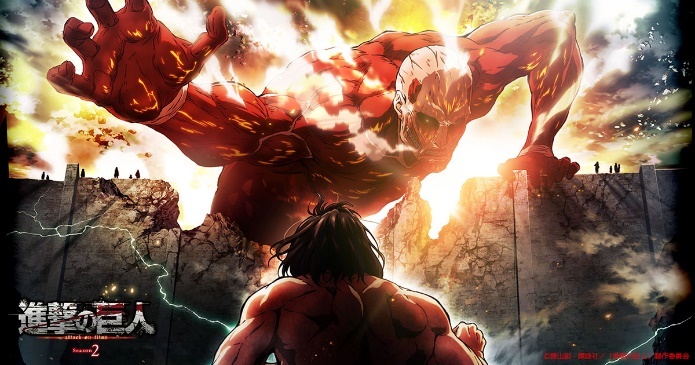 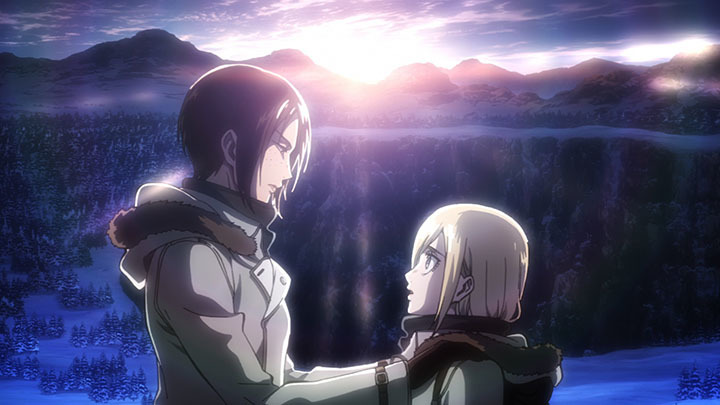 While fighting, they found out that there was a crucial existence, who “had the secret of the world.”
Her name was Krista Lenz. She was also a member of the Survey Corps, just like Eren and was from the loyal family, who was then governing the country.
She used to be a part of the loyal family before but due to a certain reason; she joined the Survey Corps after she changed her name.
Eren and Krista.
Various thoughts and speculations were spreading out through these two, who had a strong potential to change the world

Season 3
The conspiracy spreading out in the royal capital, and the battle between the humans will finally begin 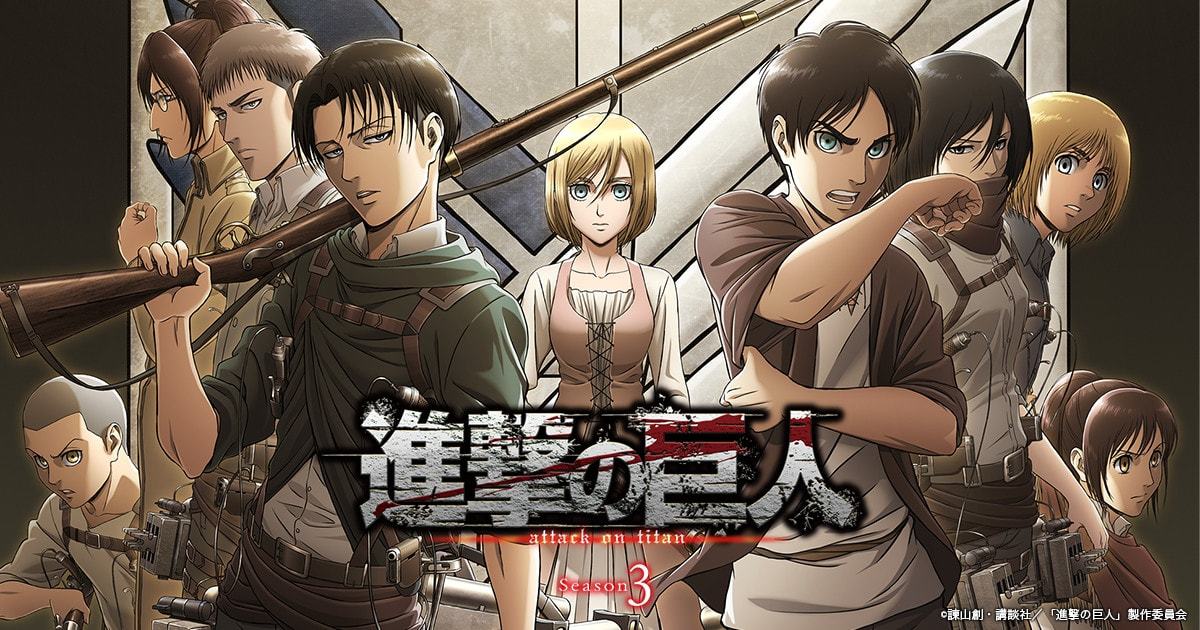 In Season 2, they found out that there existed the clan, who had the ability to turn into the Kyojin and they could also “pass down” the ability in a specific way. The person who knew the secret was Eren’s father.
Trying to get Eren back from the traitors and solve the secret of the Kyojon, the Survey Corps was suspected by the government, as a rebel, which they thought was nothing to do with them. The ringleader of the whole conspiracy found out to be relatives of Krista, who then was governing the country……!
The enemy then was not the Kyojin but the King who governed the country and the Military Police Brigade, which protected the King.
The royal capital was doing a self-centered, oppressive government and was no longer functioning.
Military Police Brigade was targeting Eren and Krista.
Getting over their buddies’ death, Eren and his buddies fight against them to stop the conspiracy that the loyal family was planning.

I see the worldview, or the power relationship changes from Season 3, huh?
The secret of the Kyojin being revealed, another battle begins. It’s also the season, where various protagonists walk away so I bet many of you might feel too shocked to go back and watch…… Yes, it’s that serious and gave us a big impact……

Goring through such a Season 3, what will be depicted in Season 4? 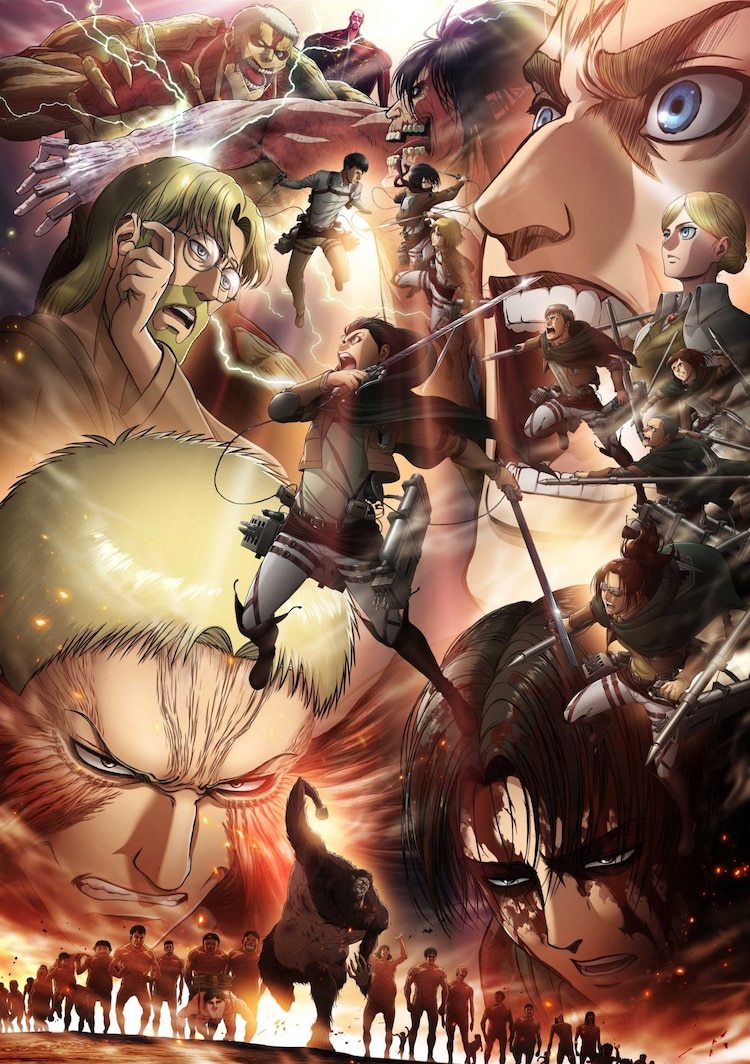 After the Season 3, I’ve heard that Season 4 will be about the content of Volume 23 to 26 of the original comics. Maybe the comics will come to end while airing its anime……?
The content of Volume 23 to 26 is about the world, four years after the Season 3. It will depict the past of Liner and his buddies…… “Why do people who can turn into the Kyojin exist?” It will show the very fundamental question and the secret of the world! And also, the true meaning of the title “Shingeki no Kyojin” will be revealed in this season! 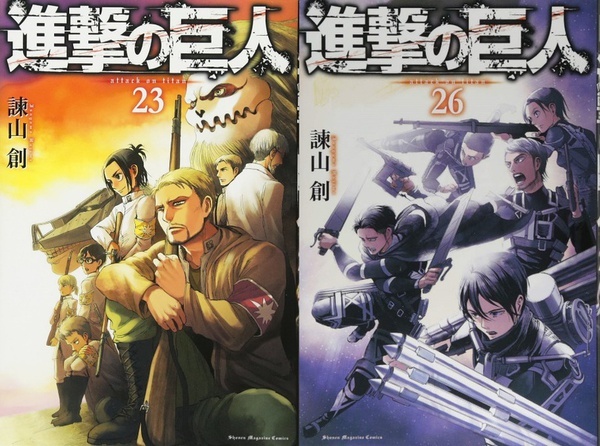 Want Comics of Shingeki no Kyojin? Go visit our sister site, Manga Republic!
The latest to the whole set! Pick whatever type you like! 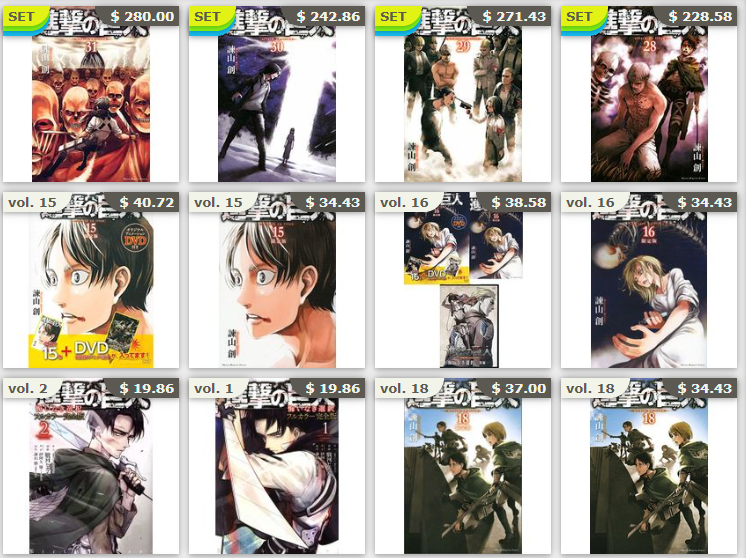 Oki-doki! I’ll see you guys at the next article!
You can review with Anime or Comics! Can’t wait to see what’s gonna happen in the original comics, huh……?
Oh well…… Bye~!
Shingeki no Kyojin (Attack on Titan)