Hi guys! I’m so happy that various anime and movies have recently started to air and also been scheduled to be produced!! It’s Mafuyu from Goods Republic!!

The movie of this title I’ll feature today was supposed to be released in May but…… was postponed. But now! They have officially announced that it will release soon! A year ago, this title was going viral as one of the 2019 Summer Anime! Now its movie is releasing! I bet you know this title!?

【Given】Releasing August 22! Five-Minute Review for Given, a Love Story about the Four Boys in the Band! 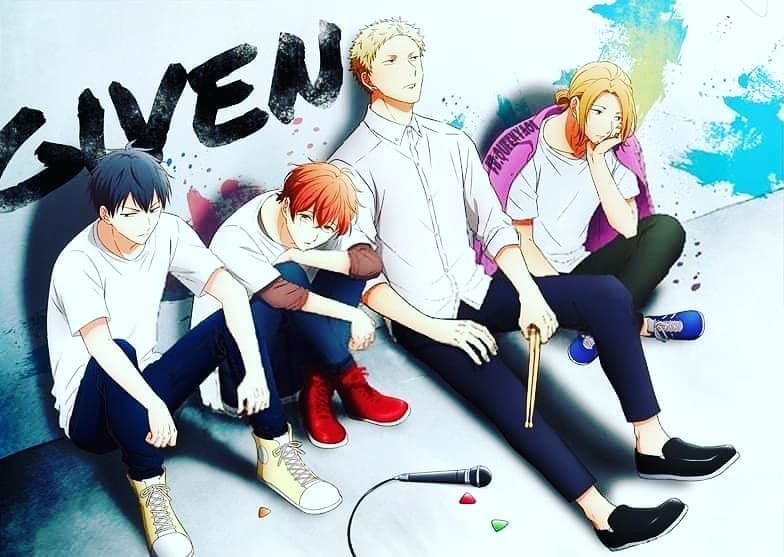 What kind of story is Given? 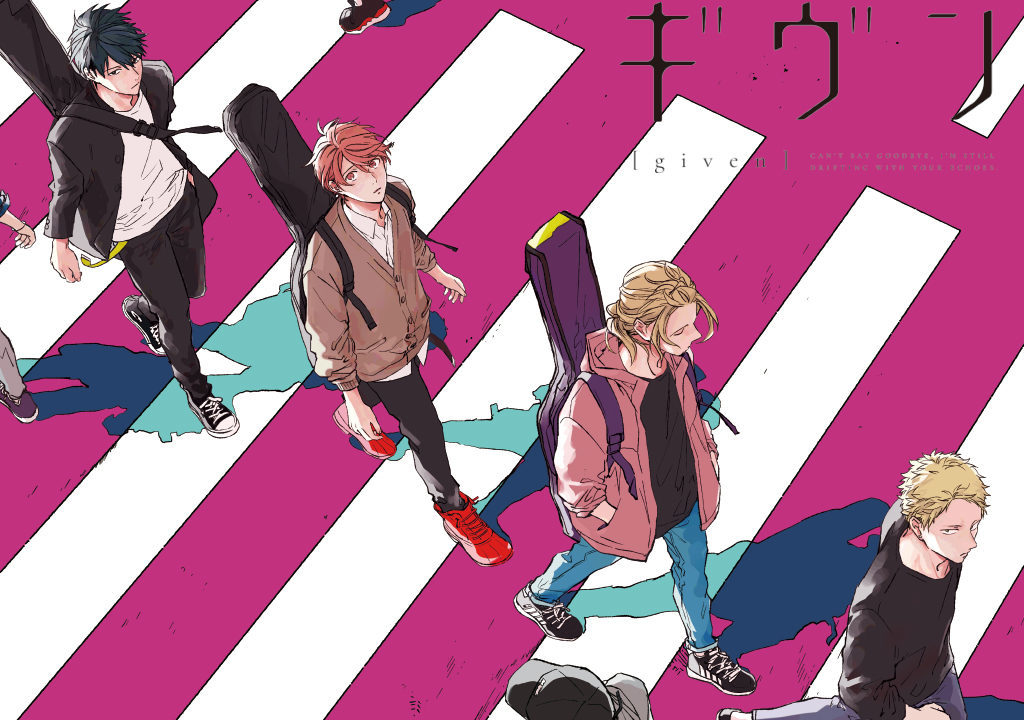 It’s a BL manga series, starting to be serialized in the magazine called “Chéri+” since April, 2013.
It’s a “love story of the four boys in the band”, created by the manga artist, KizunaTsuki-Sensei. It’s been such a popular title that it was made into anime in July, 2019 as well.
It’s one of the most popular BL manga series whose movie will release in 2020 too. It was supposed to be made into a play and released but it’s got cancelled and hasn’t been scheduled to be released yet.

Since its anime aired, this title has explosively become famous and made into a movie and scheduled to be made into a play after that! As for the comics, five volumes have been released so far and Vol. 6 is schedule to be released in August too!!

Five-Minute! And You’ll Know Everything About Given! 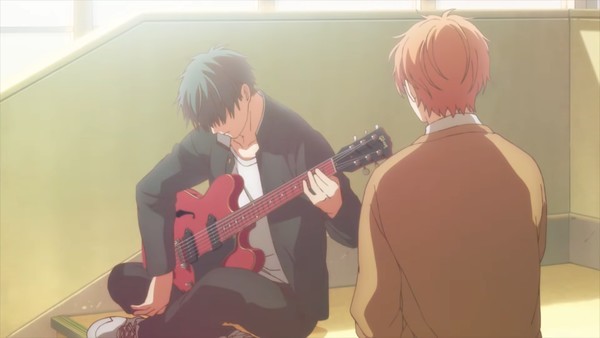 A high school boy, Uenoyama Ritsuka, meets Sato Mafuyu, who is carefully holding his guitar whose string is broken.
Figuring out that Ritsuka is a pro of taking care of the guitar, Mafuyu asks him to fix the string. Ritsuka, being asked so many times, can’t even take a nap so he ends up fixing the string for Mafuyu. 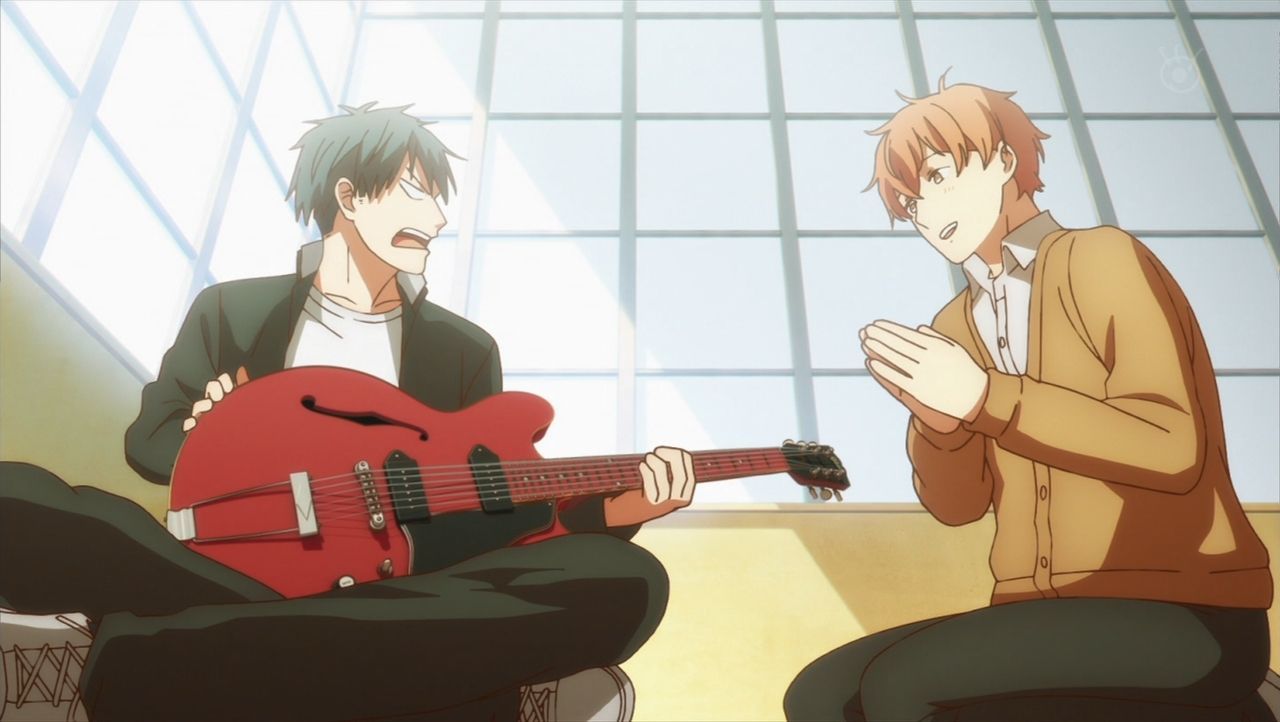 Since then, Mafuyu starts to ask Ritsuka to teach him how to play the guitar. Ritsuka is not willing to accept his favor but ends up introducing other members of his band and performing in front of him. 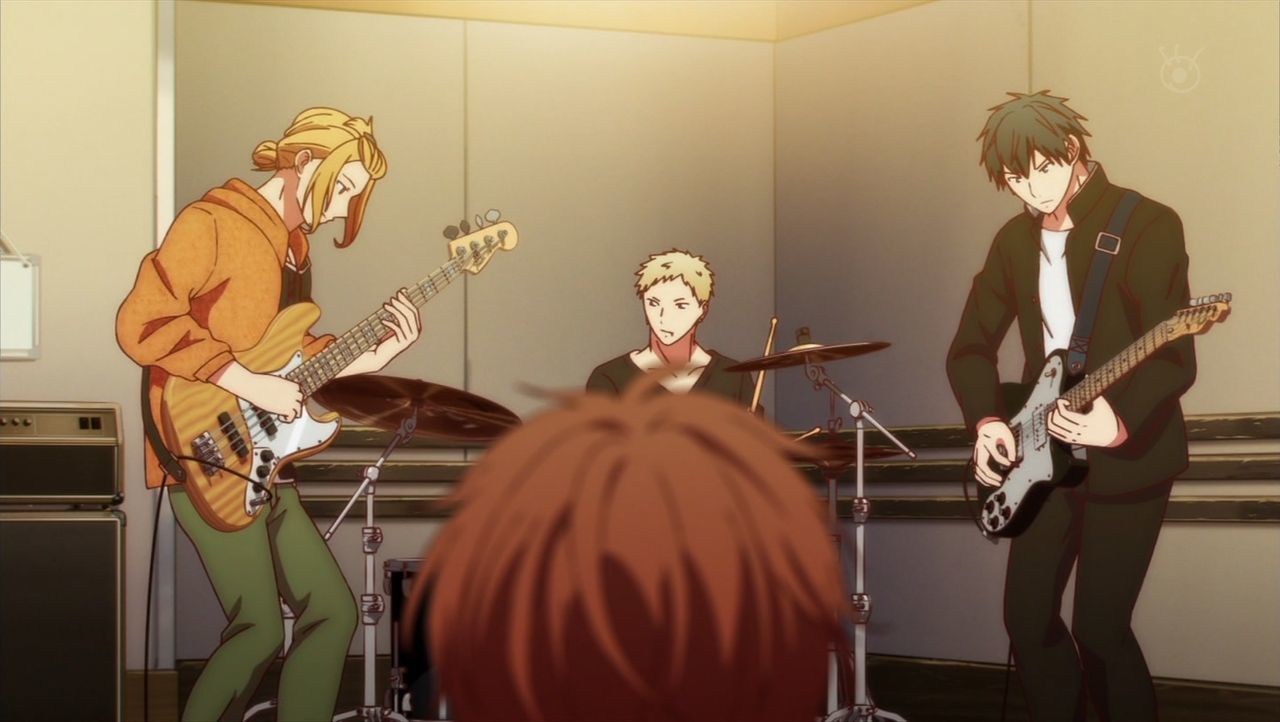 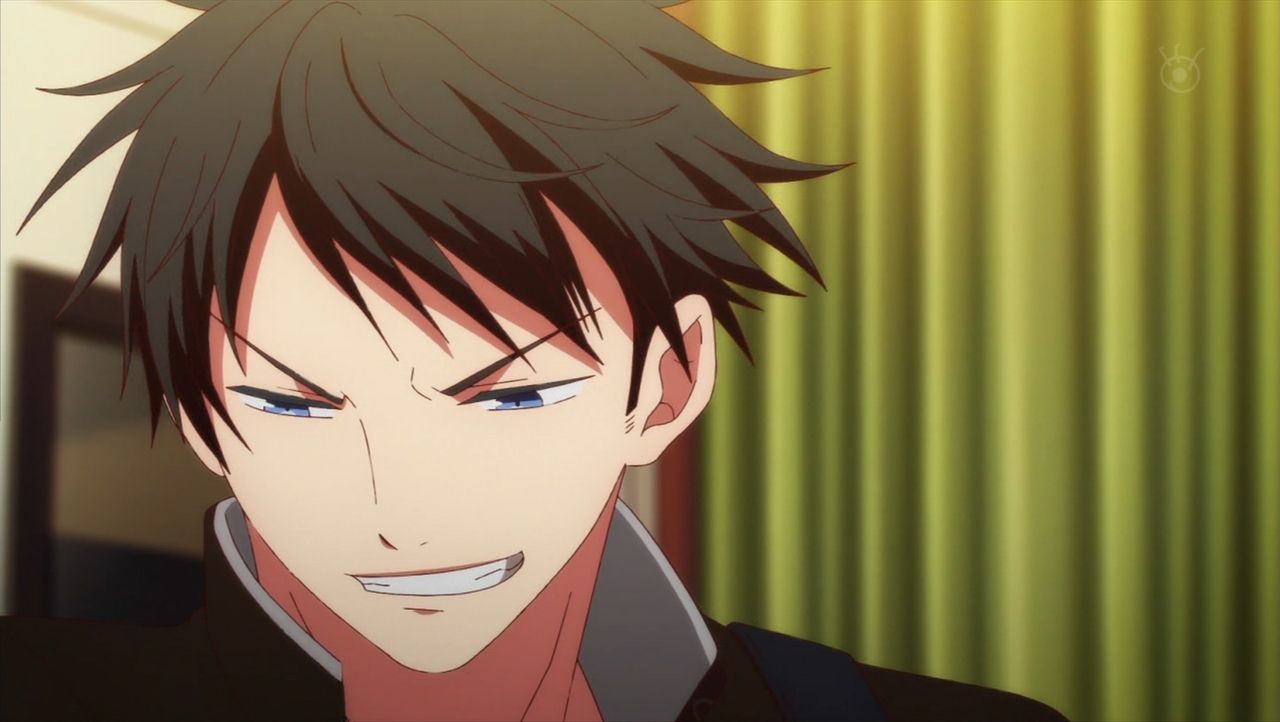 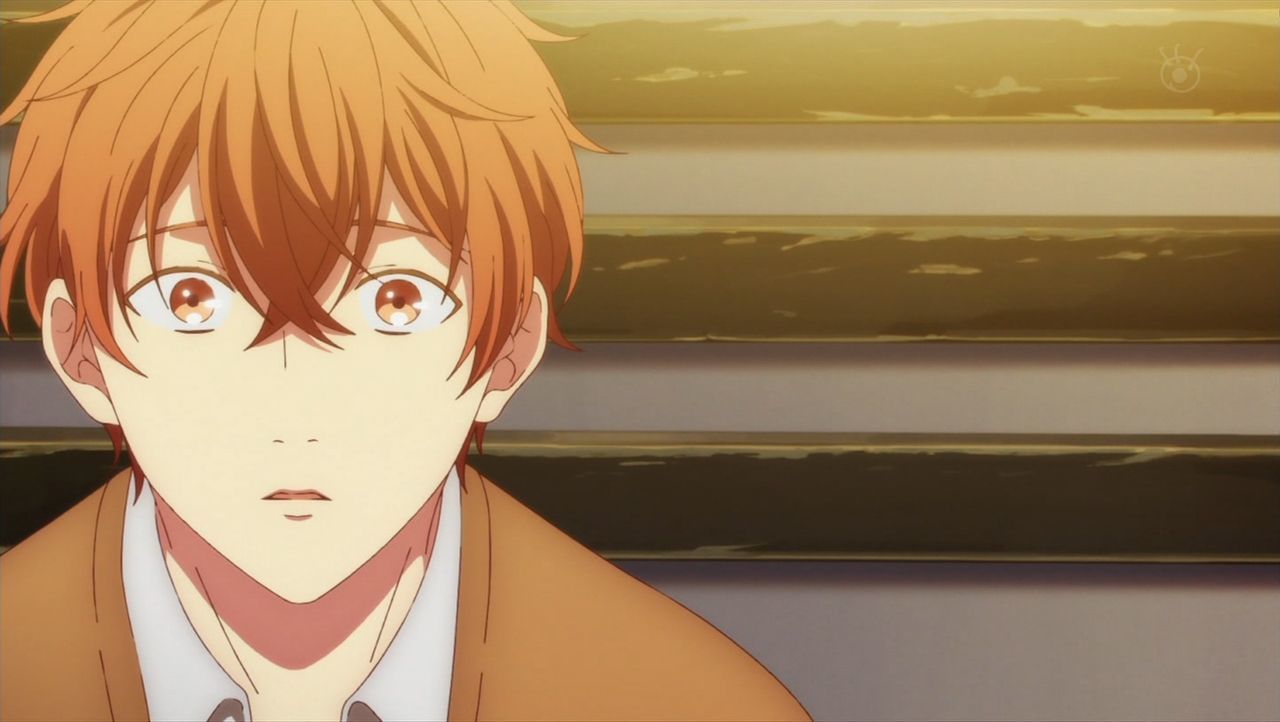 Seeing Ritsuka play the guitar so lively, Mafuyu again asks him if he can learn how to play the guitar by him. Ritsuka, refuses his favor because he has already accepted his favor once.
However, Nakayama Haruki and Kaji Akihiko, who are other members of his band, start to think positively that they should have Mafuyu as one of their band’s members. Ritsuka once refuses the idea but gradually admits it, thinking that Mafuyu might help them form the better band after Mafuyu shows them an extremely good singing performance. 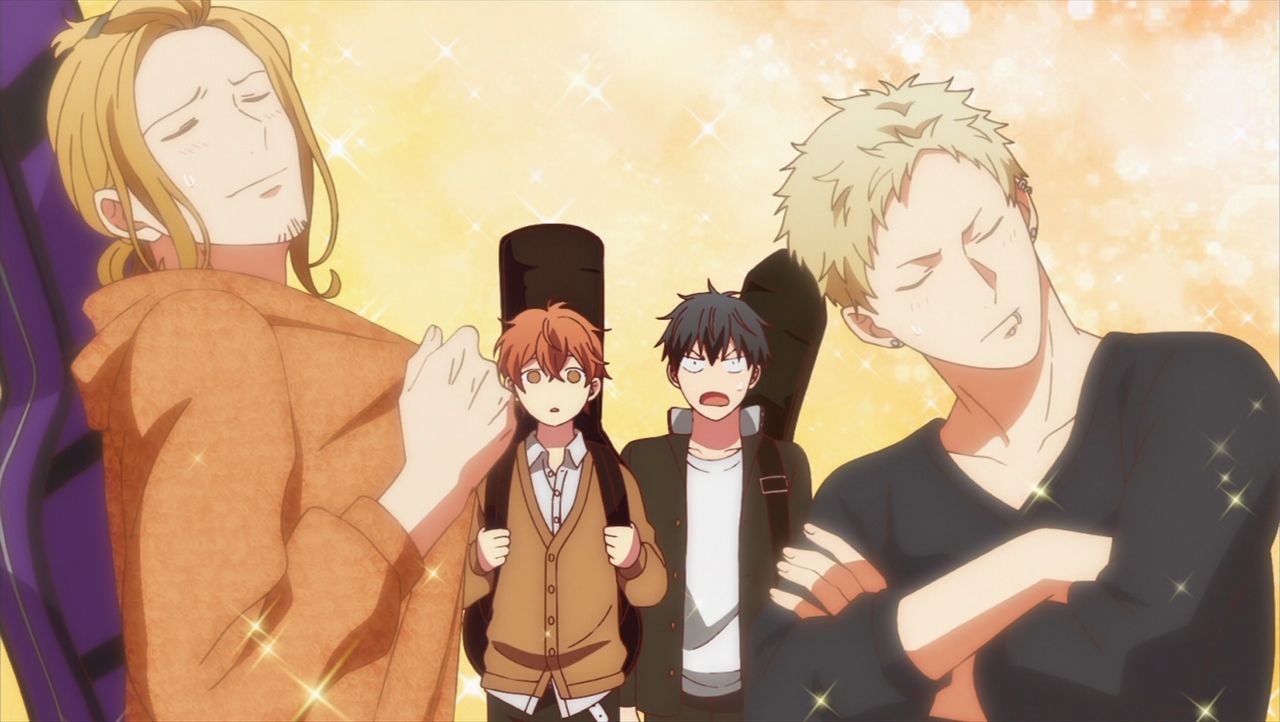 Now Ritsuka’s band has four members including Mafuyu and it’s become more and more perfect. Even though Mafuyu and Ritsuka, who go to the same high school, get closer to each other, the gloomy expression that Mafuyu sometimes shows is never gone.
As time goes by, Ritsuka happens to know Mafuyu’s “dark” past, regarding his guitar whose string is broken…… 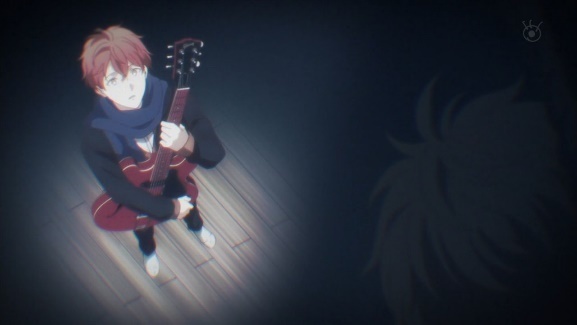 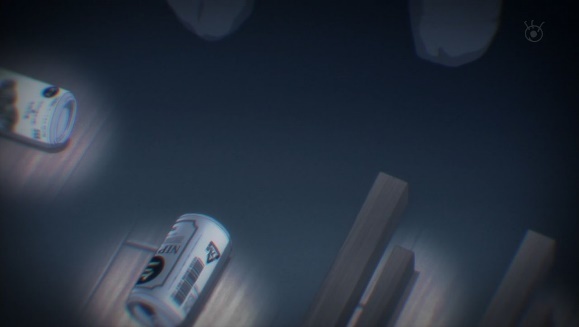 The best part of this title is a sad, sensitive and clumsy relationship of these four characters……!! In anime, there’s a lot of things that can’t be expressed in the original manga such as the live performances by the band and even the opening songs and the inserted songs……!!

Some of you might hesitate to watch it just because it’s a BL title but I want YOU to watch it more! The story is set in the modern world and you can casually enjoy watching it every week without any advanced info! I should say it could be the best “BL title” both for beginners and for BL lovers!

Here are the TWO Featured Chara in the Movie! 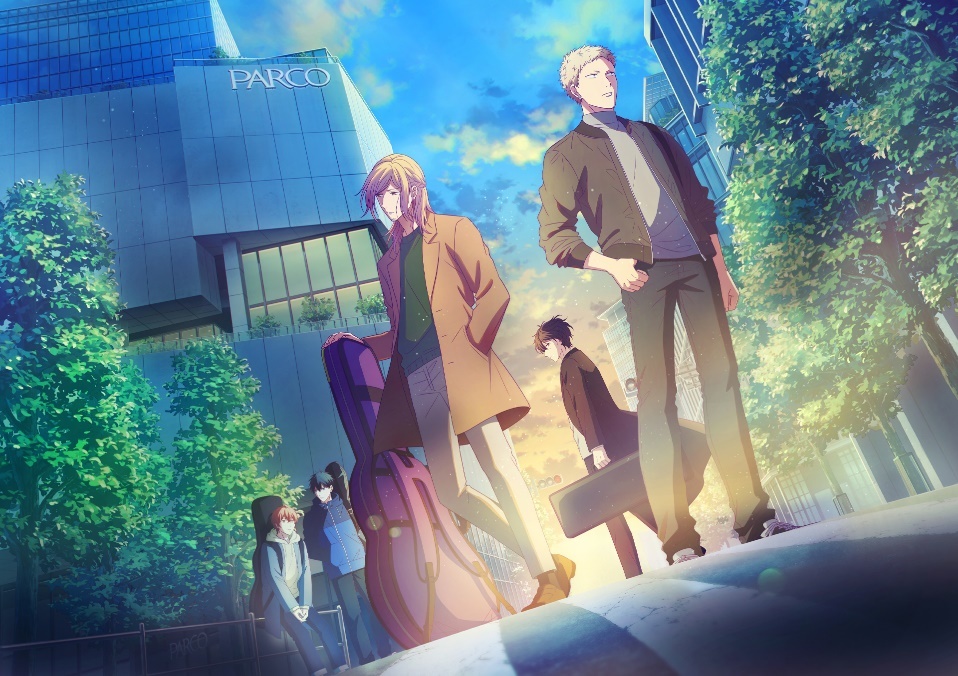 And! The “movie”, depicting the sequel from the final episode of anime, is scheduled to be released on August 22nd! As for anime, it was the perfect ending but for this movie version…… It will focus more on these TWO!
Nakayama Haruki （中山 春樹） and Kaji Akihiko （梶 秋彦）!! 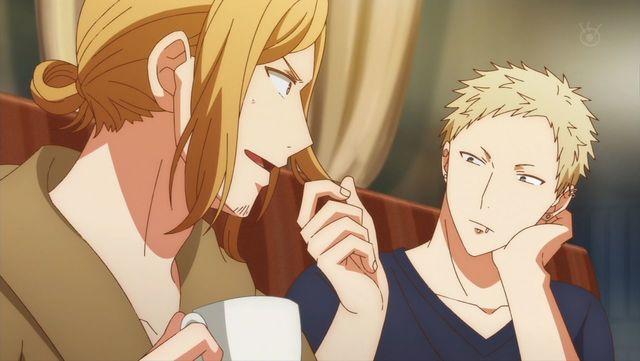 They are both college students and in anime, they played as big brothers who watched over two high school boys, Mafuyu and Ritsuka. However, the relationship of these two are not just within the band……
In anime, it depicted a little too but Haruki has thought of Akihiko as an “attractive individual”. But Akihiko seems to have an issue, where he cannot accept his feeling……?

Well, if you’re curious, go watch the movie!! Or you can read the Vol. 5 of the comic since it’s the same scenario~!!
450 Anime Goods Have Been Released!! Check HERE for Given’s Goods! 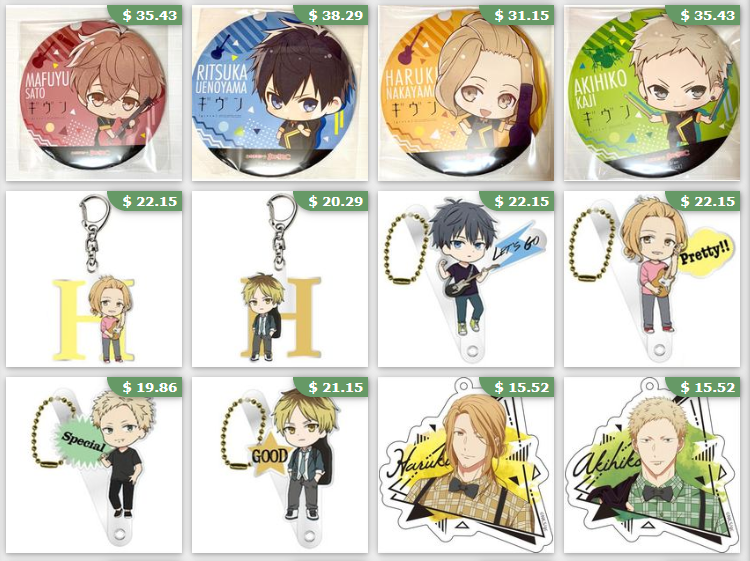 Here are some of the featured Given Goods! Check out the ranking! It’s updated every week so you can check out the latest goods as well~!
Here Is the Ranking! Top 100 Given This Week!! 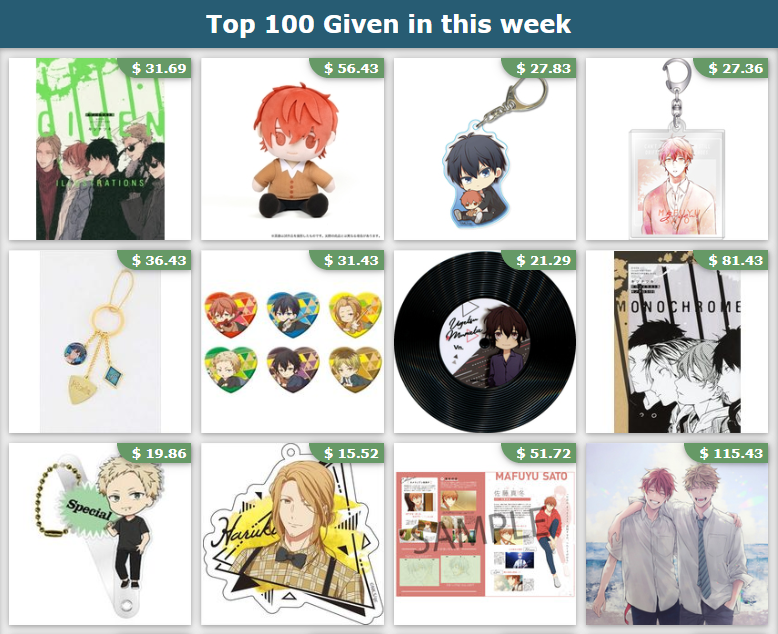