Personally, Fugou Keiji: Balance:Unlimited (The Millionaire Detective) is my No. 1 recommendation because it’s the original anime, in which we cannot read ahead but…… some other sequels and spin off series are more fun if you read some episodes in advance!

So! It might be a little too early but let’s prepare for anime starting to air in October, 2020!
This is one of the Fall Anime which I, personally, want you guys to prepare for!

【Osomatsu-San】Congrats! Return for Season 3! Five-Minute Review & The Most Popular Boy in Anime Goods Among the Sextuplets!! 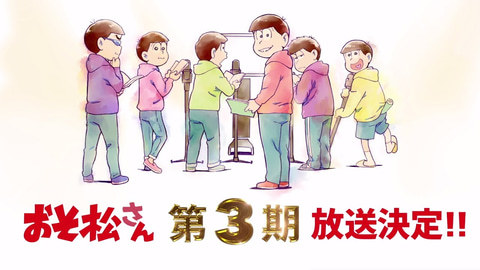 Yep! Osomatsu-San, whose Season 1 aired in 2015, will return for Season 3 in October! To enjoy the Season even more, let’s check out two points today! 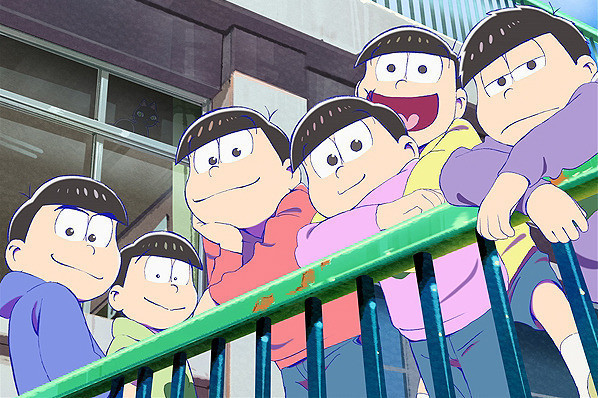 As you can see, there’s not much difference between their appearances! (Except for how they open their eyes or the number of hair on the back of their heads……)
A big difference, though, is their personalities and theme colors! Now, let’s review how each boy’s personality is! 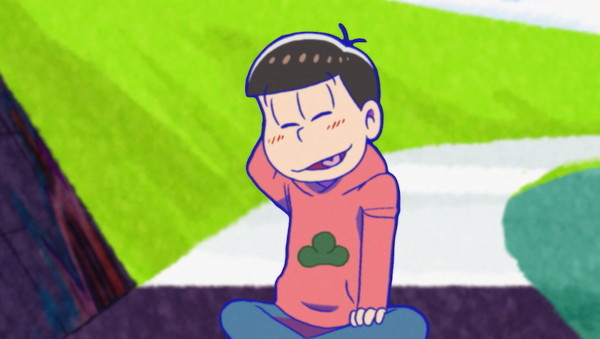 https://goodsrepublic.com/product/tag_page.html?tags=175813
He is the oldest boy of all and his theme color is red.
Since he is the oldest, he does have leadership but never plans and is quite sloppy. He has “grown up with childish and naughty personality” and he is an honest boy. However, he loves gambling, drinking and spending his time, lazing around. 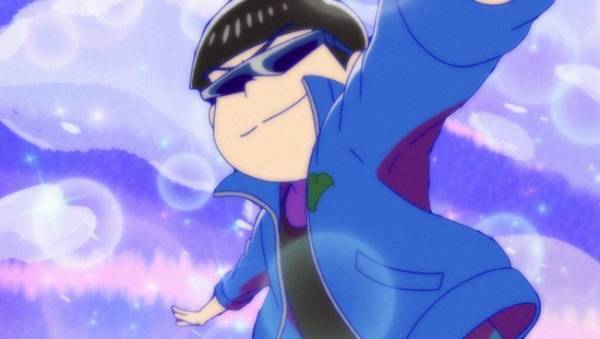 https://goodsrepublic.com/product/tag_page.html?tags=173043
He is the second oldest boy and his theme color is blue.
He is a real narcissist and wants to act and say anything cool. Other boys fed up with his narcissist side but actually, he is the most caring boy for his brothers. He usually doesn’t tease his brothers, so he tends to be treated a little harshly by them. He often ends up becoming the victim from troubles. 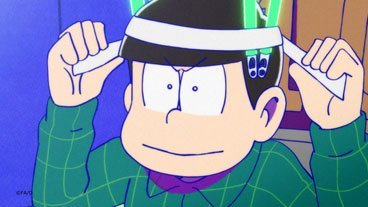 https://goodsrepublic.com/product/tag_page.html?tags=173044
He is the third oldest and his theme color is green.
He looks serious but actually, he’s not that serious. He is a little too confident and often says, “I’m not like other brothers”. (No offence, though)
He was secretly a big fan of an idol. However, since the secret became revealed, he has stopped hiding the fact. He tends to make a comment and points it out to things happening around them. 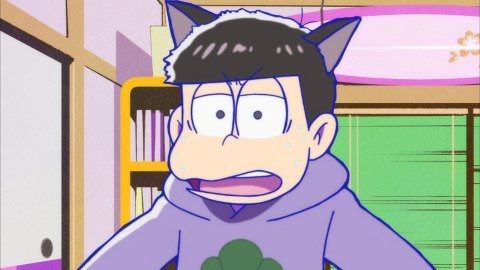 https://goodsrepublic.com/product/tag_page.html?tags=173049
He is the fourth oldest and his theme color is purple.
He is introvert and sarcastic, and tends to spits out a curse. However, he is actually a lonely boy and really doesn’t like a fact that he has no friends. All his friends are the cats and he even becomes like a cat from time to time. He treats harsh especially to Karamatsu, who always tries to be cool. He often hangs out with Juushimatsu. He never hesitates to enjoy dirty jokes. 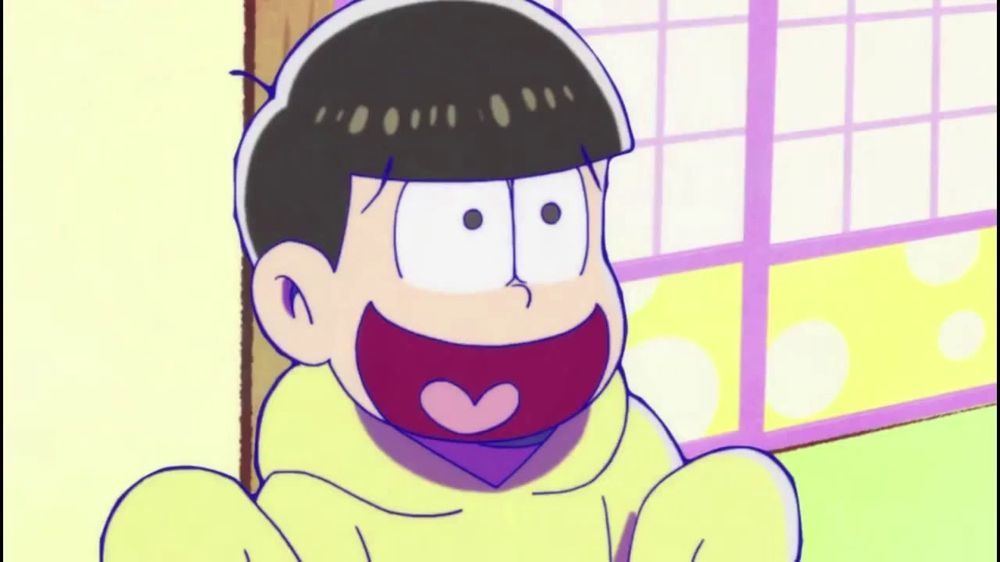 https://goodsrepublic.com/product/tag_page.html?tags=173051
He is the fifth oldest and his theme color is yellow.
He is too energetic that nobody knows what he’s thinking about. He is even called a psycho. He loves baseball and often plays in anime too. He is not good at being cold. If he reaches the limit of feeling cold, his personality even changes. 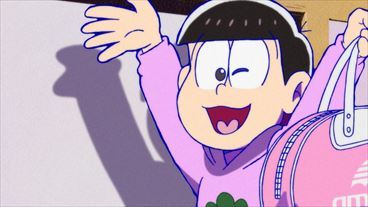 https://goodsrepublic.com/product/tag_page.html?tags=173045
He is the youngest of all and his theme color is pink.
Since he is the youngest, he’s spoiled and cunning. He has the best communication skill of all and is really sensitive to the latest trends as well. He can discard his brothers so easily that he is called a “dry monster”. Every time he gets into the latest trend or tries to be successful on something behind his brothers’ back, he gets caught and screwed by them.

I have to say that all six have crazy personalities. However, when you actually watch anime, we can clearly distinguish their individualities! The episodes usually focus on each boy so if you want to review each boy more, try Season 1! 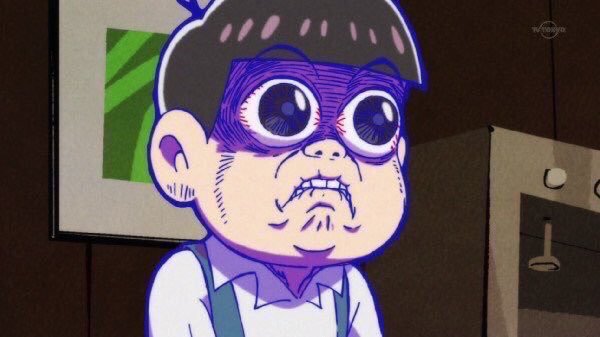 What To Check Before Watching Season 3? Season 1 Season 2? The Movie?

Guess what? Nothing, basically!

Why? Because as for Osomatsu-san anime, each episode stands alone and there is not a big change on any character!! So there’s not a critical content, where you cannot catch up in Season 3 even if you don’t watch episodes beforehand! The best part of Osomatsu-San is we can enjoy the story from any episode! 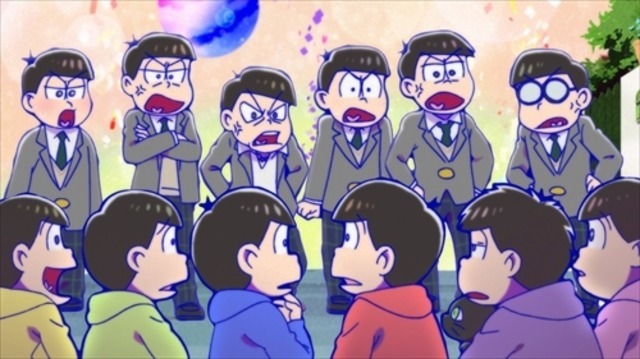 What describes in the movie is! “The memory of the past!”
They are being lazy as usual but due to one incident, they are sent to the “memorable world”! There, they will see themselves when they were still at school! They all have different relationships and personalities back then…… They think, looking back their old selves:

As the thing keeps going worse, are they able to come back to the original world……? 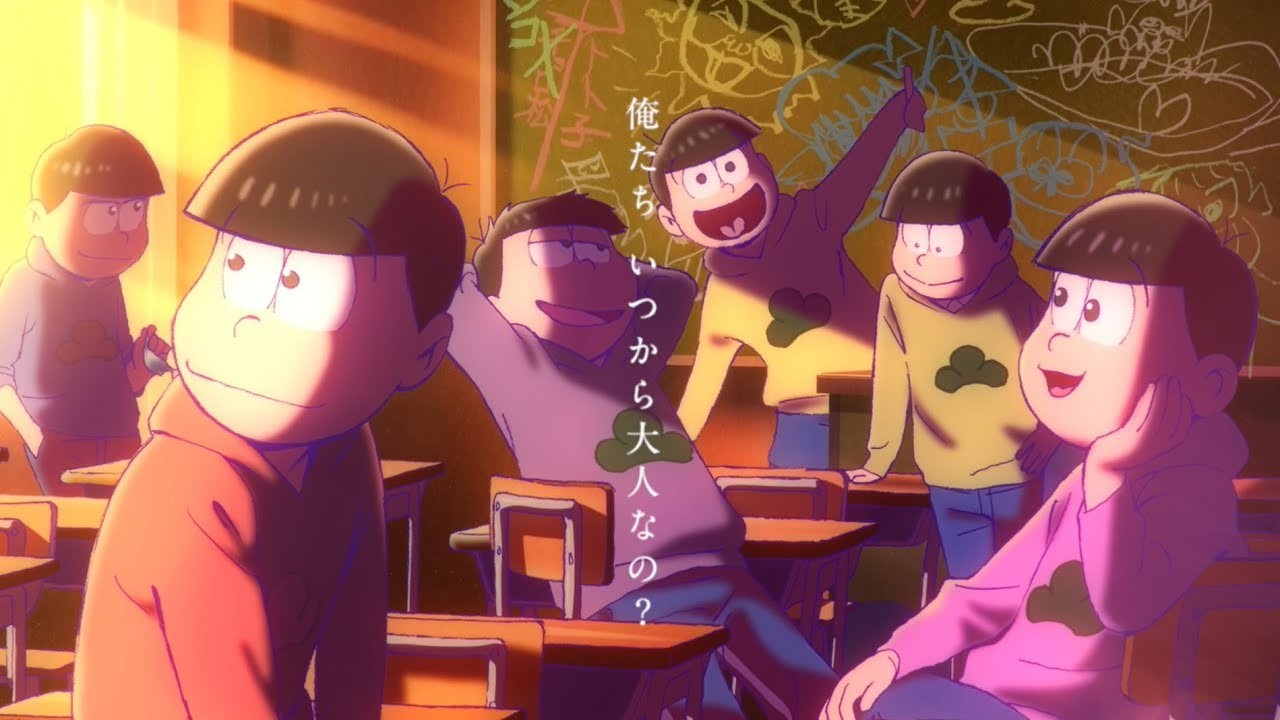 While enjoying watching Summer Anime, why don’t you prepare for Season 3 of Osomatsu-San, starting to air this fall? Since it’s a gag anime, it could be a refreshment after watching a serious one!!