Sorry for a sudden question but do you guys know what the Time Leap is?
Time Leap is a coined word, appeared in the movie, “Toki wo kakeru shoujo”.
It means a “time travelling” and the definition differs in each title but it basically means that the character can physically or consciously travel through time (to the future and the past), using superpower. 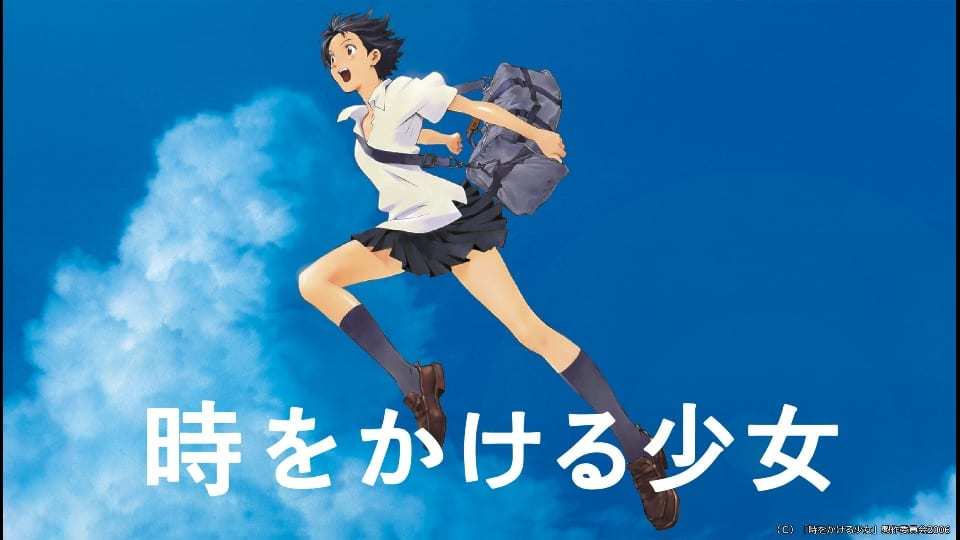 The title I’ll be featuring today has this keyword too; “Time Leap”! And guess what? It’s been super popular that it’s scheduled to be made into a play, a live action movie and anime in 2021!! It will definitely go viral soon! So check it out NOW!! 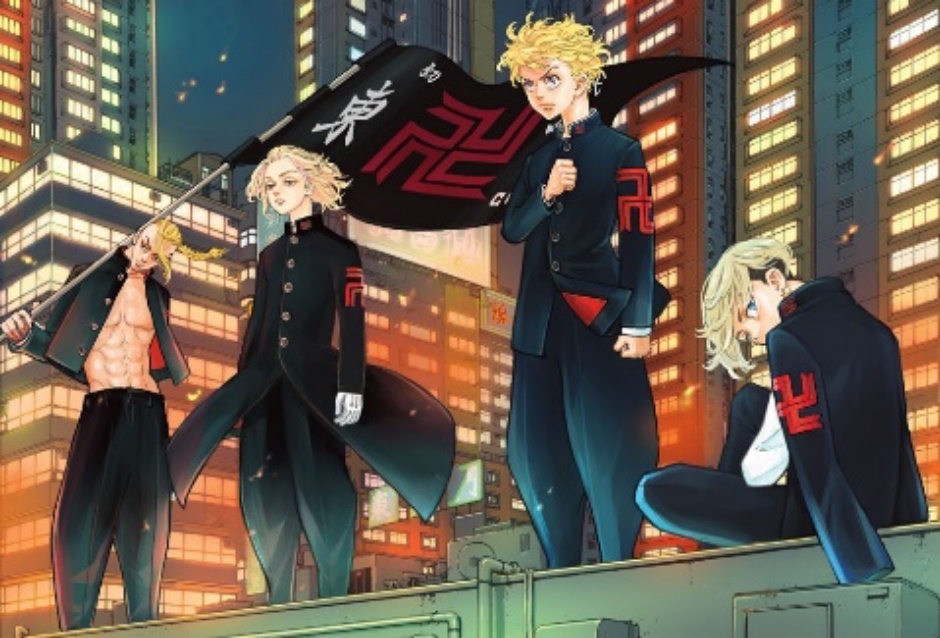 What Is Tokyo 卍 Revengers?

It’s a Japanese manga series, currently serialized in WEEKLY SHONEN MAGAZINE.
The storyline is love by many fans with a mixed element; delinquent boys, SF and action manga. As for the comics, 18 volumes have been released so far. The number of paperback issues reached 4,000,000. It’s quite a popular title.

By the way, we don’t pronounce the ‘卍’ part in the title ‘Tokyo 卍 Revengers’. So just say “Tokyo Revengers”!! 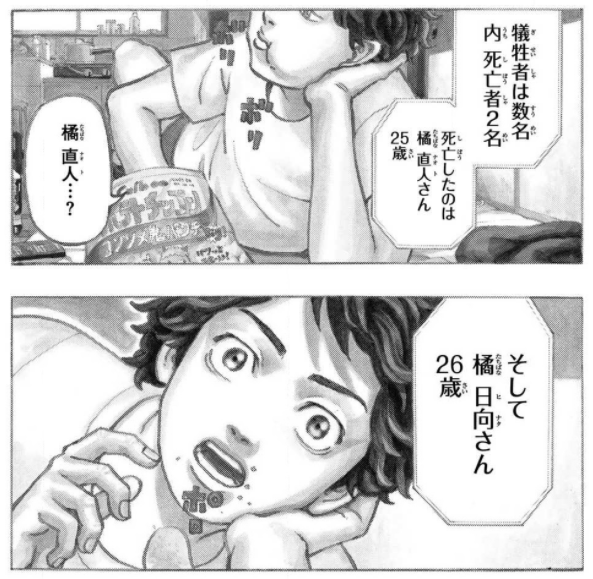 The main protagonist, Hanagaki Takemichi is a 26-year-old man who does a part-time job for living.
While he’s living lazily every day, he hears the news saying his ex-girlfriend (during their junior high school days), Tachibana Hinata and her younger brother were murdered.
He finds out that it wasn’t the accident but they were involved with the fighting by the Tokyo Manji Kai (Gang). However, he can’t do anything but to go to the part-time job, feeling gloomy. 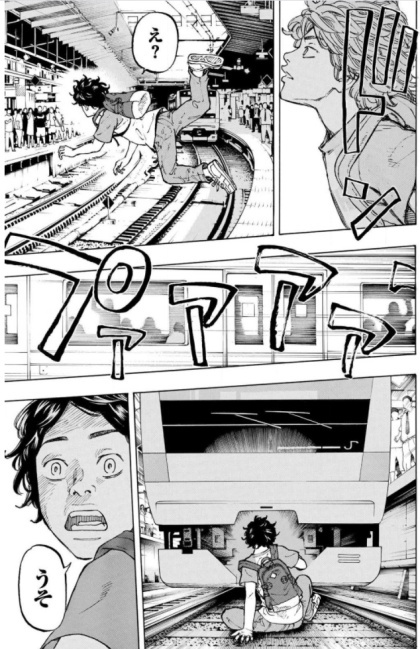 One day, on the way back home, Takemichi is pushed by the back by someone and pushed down to the platform, when the train comes towards him…… Takemichi…… 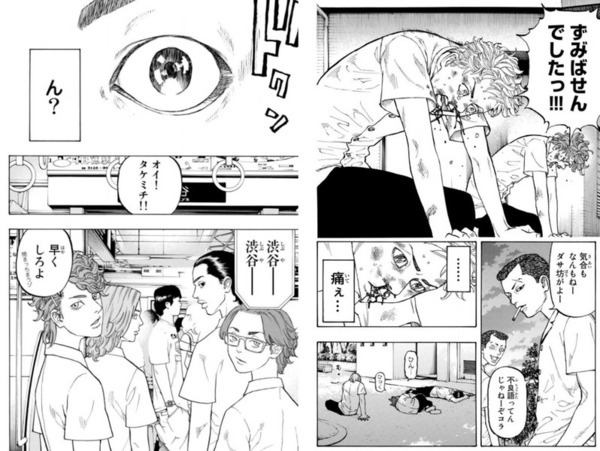 Guess what? He has travelled to his junior high school days through time!
While Takemichi is surprised at this event, everything goes on as he remembers, such as his old friends and the past events…… And he also remembers that he has got beaten up by the Tokyo Manji Kai, just formed then, and he has been under their thumb.
Takemichi currently lives by himself, getting rid of all his past since graduation from junior high school. In fact, he has run away from everything such as his friends, school and even Hinata, to stay away from the Tokyo Manji Kai…… 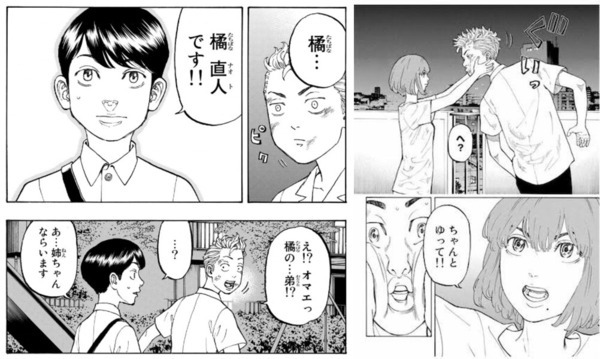 Meanwhile, Takemichi visits Hinata so he can make the last memory with her. Of course, Hinata is worried about Takemichi as usual, who always fights with people. He deeply regrets that he has abandoned such a sweet girlfriend, Hinata.
On the way back home, he runs into Hinata’s younger brother, Naoto. At that moment, Takemichi remembers that Hinata and he have got involved with the Tokyo Maji Kai and murdered in the future world.
Takemichi advises Naoto.
Ten-odd years from now, you and your sister will be involved with the fight by the Tokyo Manji Kai so……
After he advises him, his consciousness comes back to the modern world. He is still in the platform and the train is still coming towards him…… 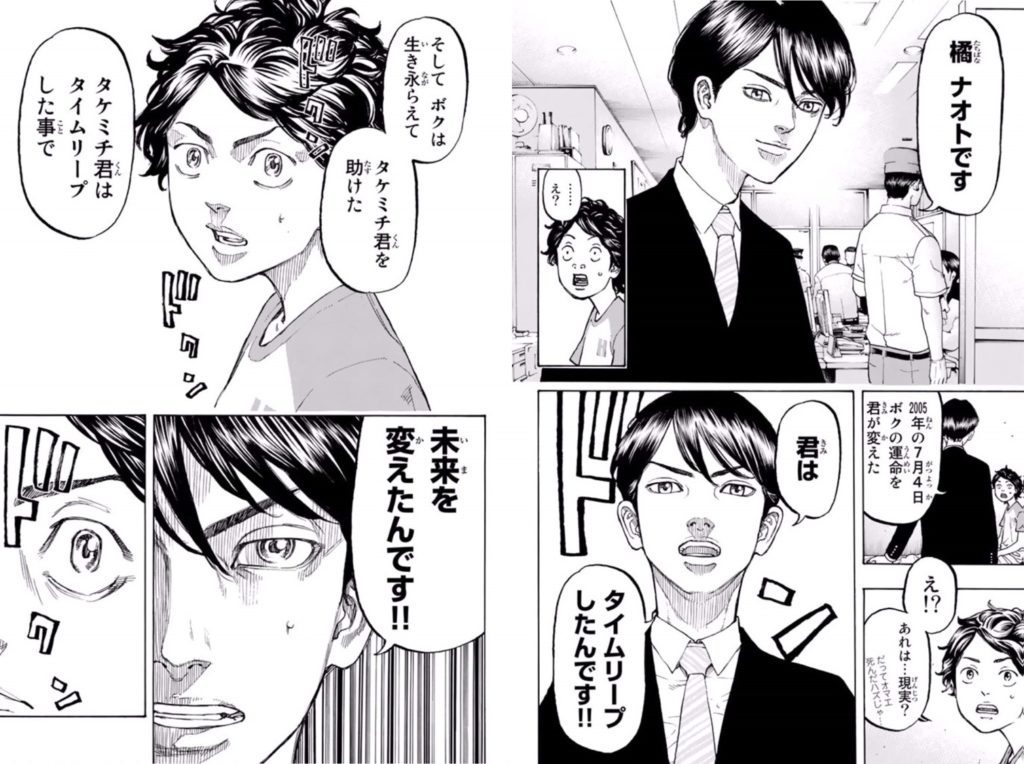 Then Takemichi, who is in the platform, is saved by a boy. The boy, who saves him, is…… Naoto, who is supposed to have been killed!!
Yes, Naoto remembers what Takemichi has advised him and avoids his death in the future. However, he is only able to avoid his death, not Hinata’s……
However, Naoto says to Takemichi. You have changed the future by doing the “time leap”.
One condition when doing the time leap is to shake hands with Naoto. Then he is able to travel through time, go back to the junior high school days and change the future.
Please save my sister……!!
Naoto shouts, feeling so sad about her. Takemichi nods. He decides to go back to the junior high school days, which he has abandoned, and never run away this time.
I’ll never give up and change the future of Hinata, who has loved me……! 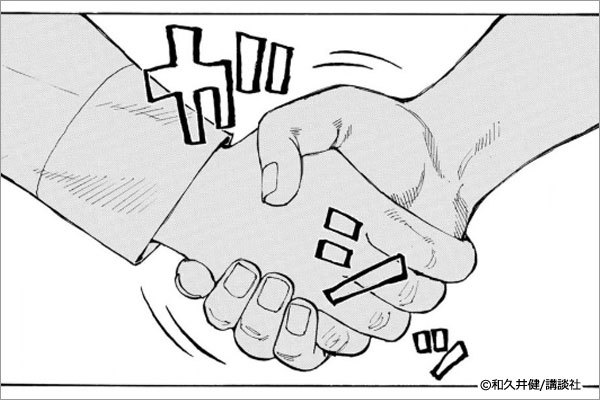 Takemichi shakes hands with Naoto.
Then he goes back to the junior high school days…… and is about to struggle with his buddies, to change the future!! 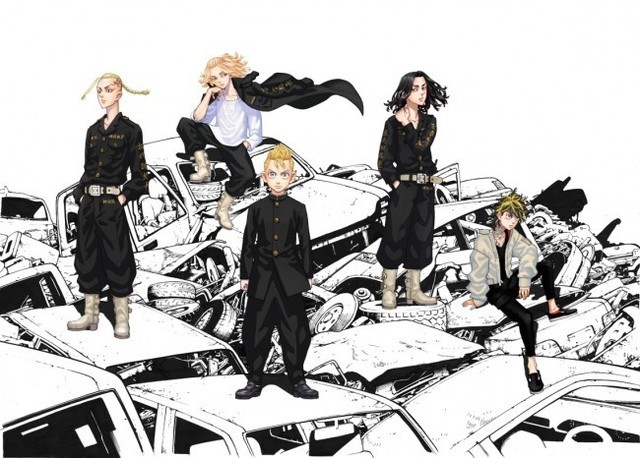 Takemichi goes back to the past, which he has abandoned once. He repeatedly does the time leap, without knowing how the past will influence the future…… But he looks so cool when he tries so hard only for Hinata……!
Check HERE for the Latest Anime Goods of Tokyo 卍 Revengers! 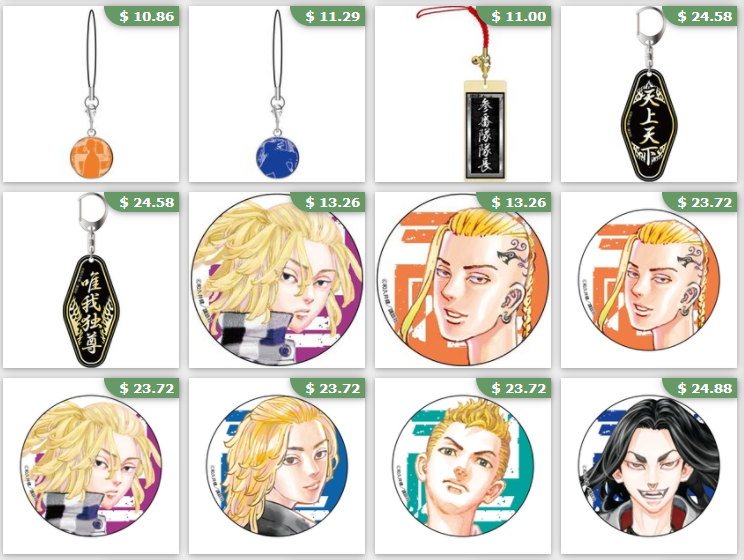 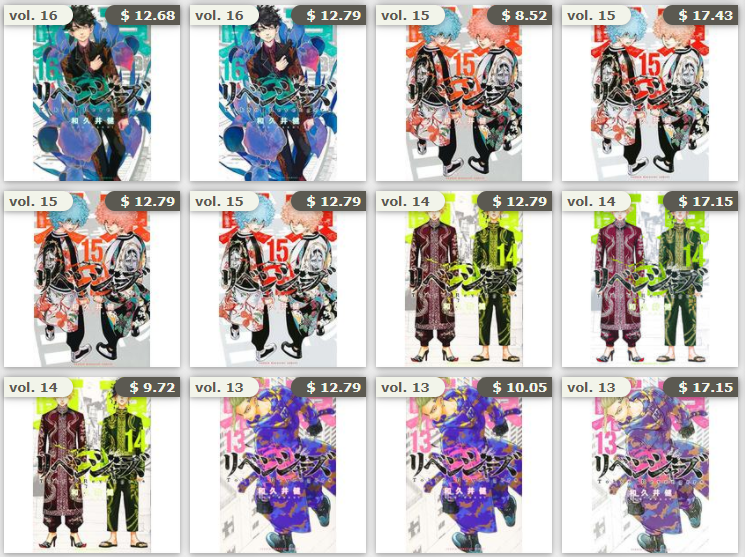 Oki-doki! This is all for today!
I’ll see you guys at the next article!!
Bye~!
Tokyo Revengers, Toki wo kakeru shoujo