Hi guys! It’s Mafuyu from Goods Republic!!
Now we’re in September and more and more Anime are reaching the climax towards the final episode…… And! Sword Art Online is not the exception! 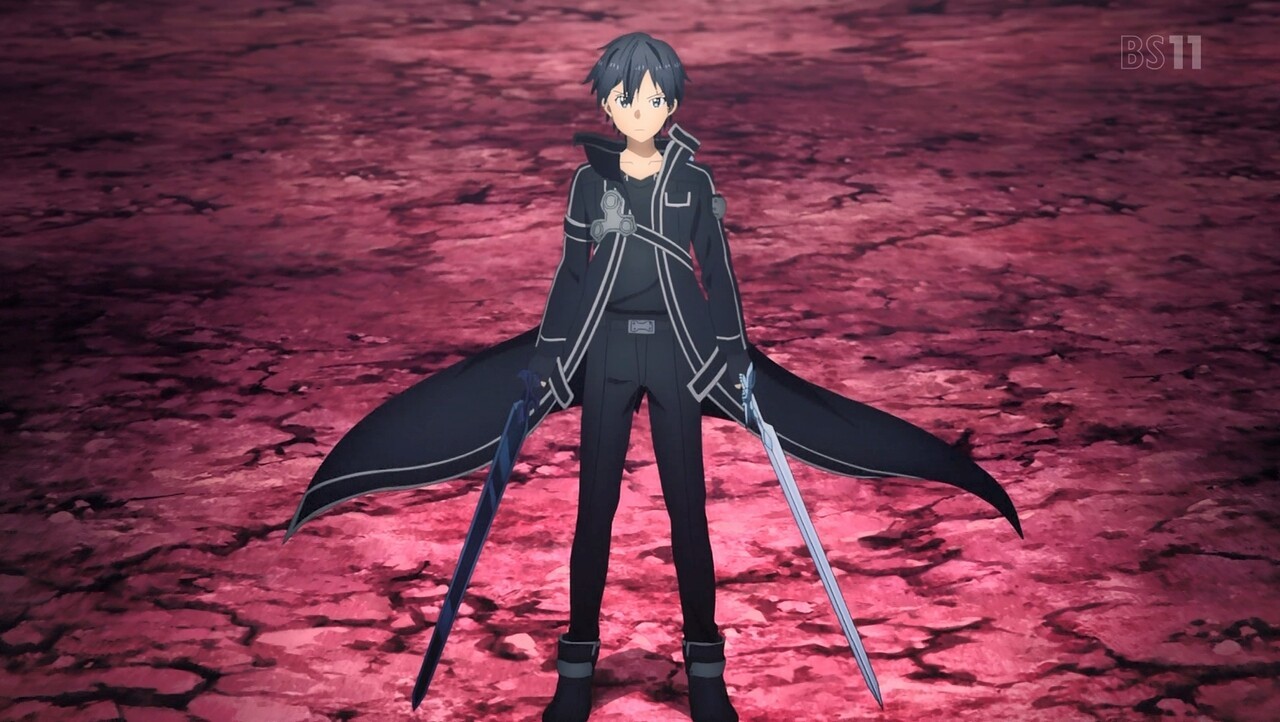 Well, as for the Sword Art Online series…… it has a ten-year history with tons of chapters but…… do you guys know……how this series has traced back history!?

So today! Let’s trace back its over 10 years’ history for five minutes together! Here we go! A special number for Sword Art Online Series!

【Sword Art Online】Must READ for the Beginners! Five Minutes and Go Over Popular Contents with Over 10 Years’ History! 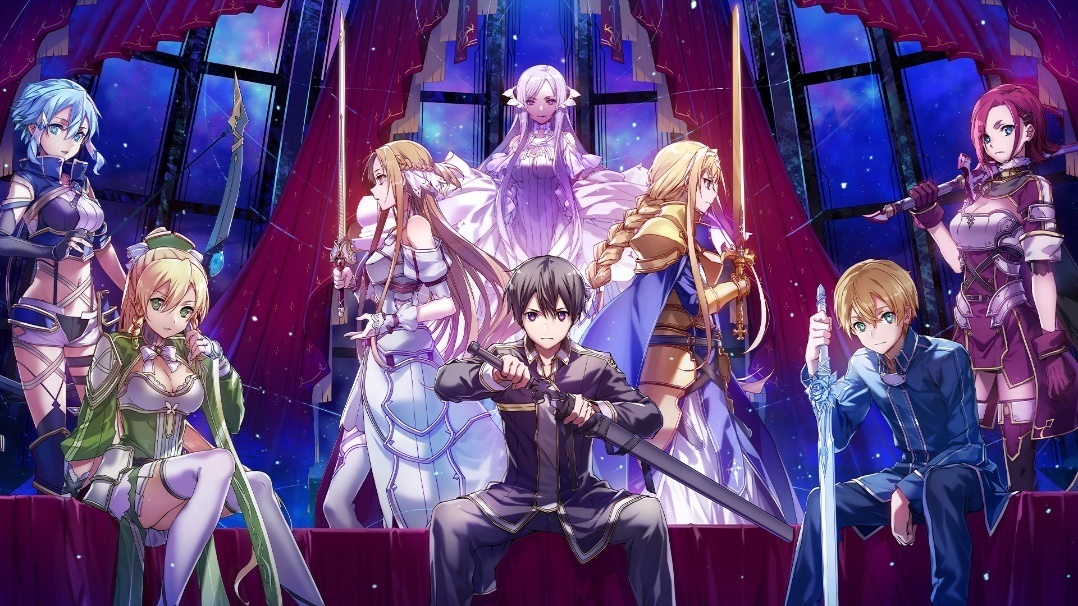 What Is Sword Art Online?

The novelist, Kawahara Reki, originally wrote this title to take part in the contest, however, due to various circumstances; he ended up publishing it as a web novel.
After serializing this series, his another series was awarded in the contest. (Actually, this series was Accel World.) Both Accel World and Sword Art Online were attracted by the editor and they ended up being issued as commercial works. 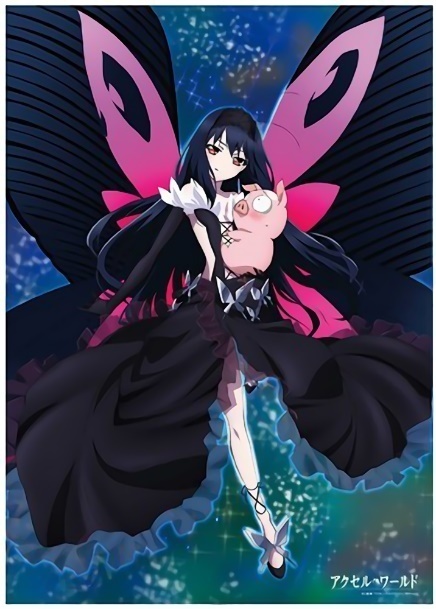 What Is Sword Art Online Series? 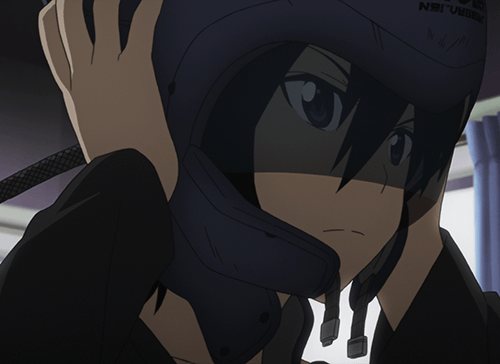 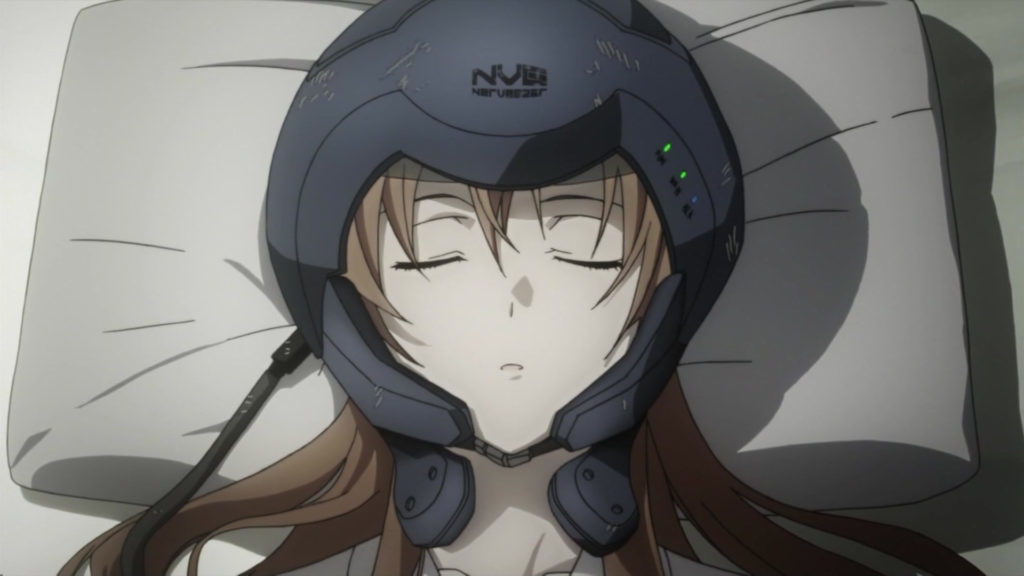 This series spans various chapters’ development and the title in each chapter is the title of the online game, which is also the story’s stage. In this online game, the main protagonist, Kirito, and his buddies, are involved with various conspiracies and try to solve them, while mentally logging in the very real online game.

Sword Art Online Series, which has been aired so far

Each stage takes place in the near future. While they play the online game, using the full-dive type VR machine, NerveGear, or its later model, they are involved with the life threatening conspiracies or the conspiracies that might ruin the world……!
These FOUR online game stages have currently been animated!

It’s set in the Aincrad. It’s the online game, where they beat monsters in each floor (100 floors in total), corresponding with VR.
However, many players are trapped inside of a game, unable to logout; the only way to live is to win. Due to the developer’s idea, it’s become a death game, where they will die in reality too if they die in the game. Without knowing that, many people, who logged in, ended up getting involved with it, and over 4000 died. However, they completed the game thanks to Kirito and Asuna, who played an active role. 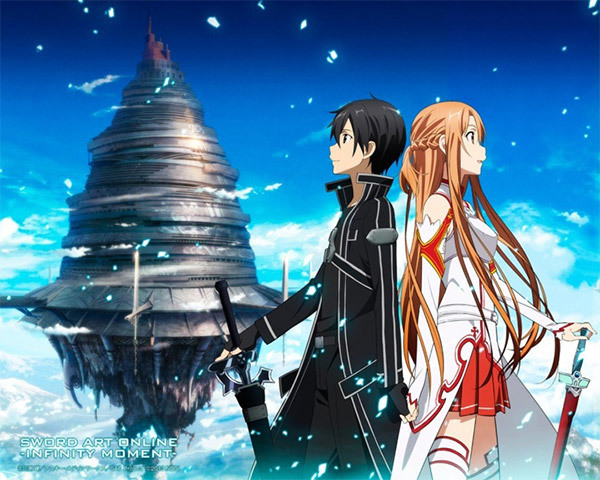 This is a Virtual Reality Massively Multiplayer Online Role-Playing Game, which features fairies. Unlike SAO, the players have abilities such as turning into various tribes or flying in the sky.
Even though they have completed SAO, only Asuma couldn’t wake up from a coma. Kirito, who was worried about her, heard the rumor, saying there is a person who looks just like Asuna. Kirito decided to log in to the world, ALfheim Online, to save Asuna. 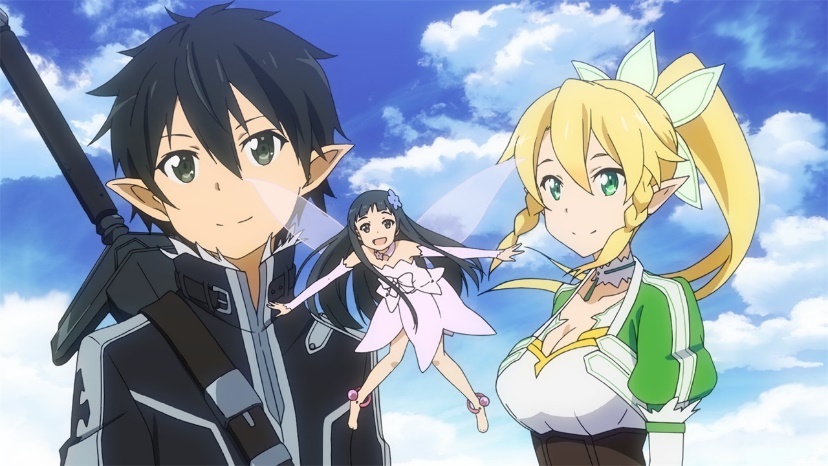 A couple months have passed since the incident happened in Alfheim Online was solved. Now, another incident, where “those who get shot by Death Gun will die in realty too”, happened in the VR online game.
Since Kirito has solved two big-scale incidents that occurred in the online game, he was asked to investigate this one from the headquarter of the country. There shouldn’t be NerveGear, existing, which leads the players to death in Sword Art Online or Alfheim Online but why does the death in the game and the reality occur simultaneously? Kirito starts to solve the mystery of the Death Gun with an outstanding player Sinon, whom he met in the game. 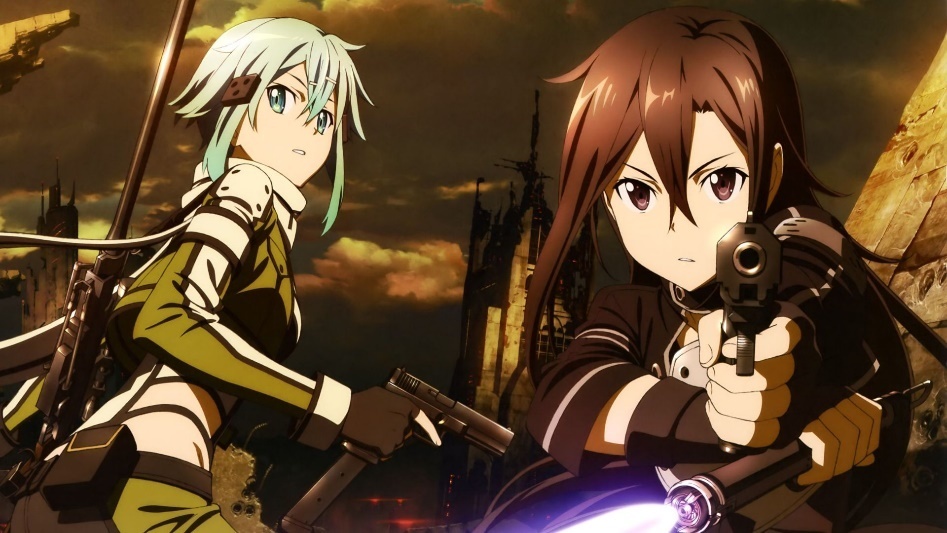 ※Its Anime is currently on air!
It’s the mysterious virtual world, developed by the secret plan “Project alicization” by the Self-Defence Force, where AI live in. Asked by the Ministry of Internal Affairs and Communications, Kirito logs in to this Underworld, equipped with the new translator, developed by the country.
It’s not the game but the simulator, however, Kirito simulates “himself, living in this virtual world” in the Underworld. For him, it becomes a peaceful and fulfilling time, even though it’s not the reality. However, when he comes back to the reality from the trial log-in, Kirito becomes unconscious and in critical condition……! 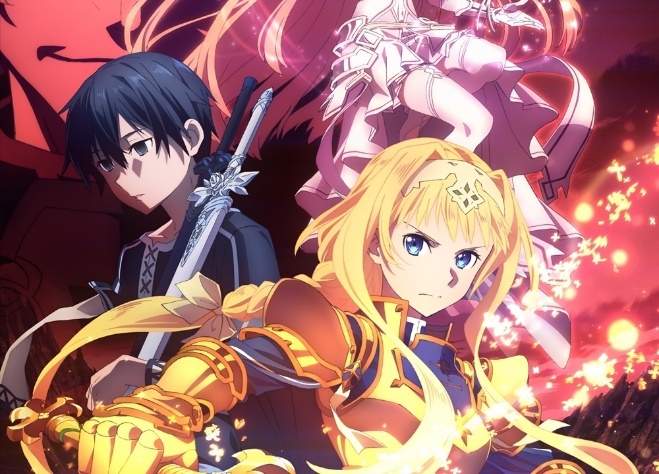 Currently, these four chapters above have been animated! It’s also been made into a movie, which is a completely original story, newly drawn by the original author, Kawahara Reki-Sensei!! If you want to enjoy the world of SAO, you gotta check out the film too!

And! There are some dependable and attractive heroines who support Kirito in each chapter! 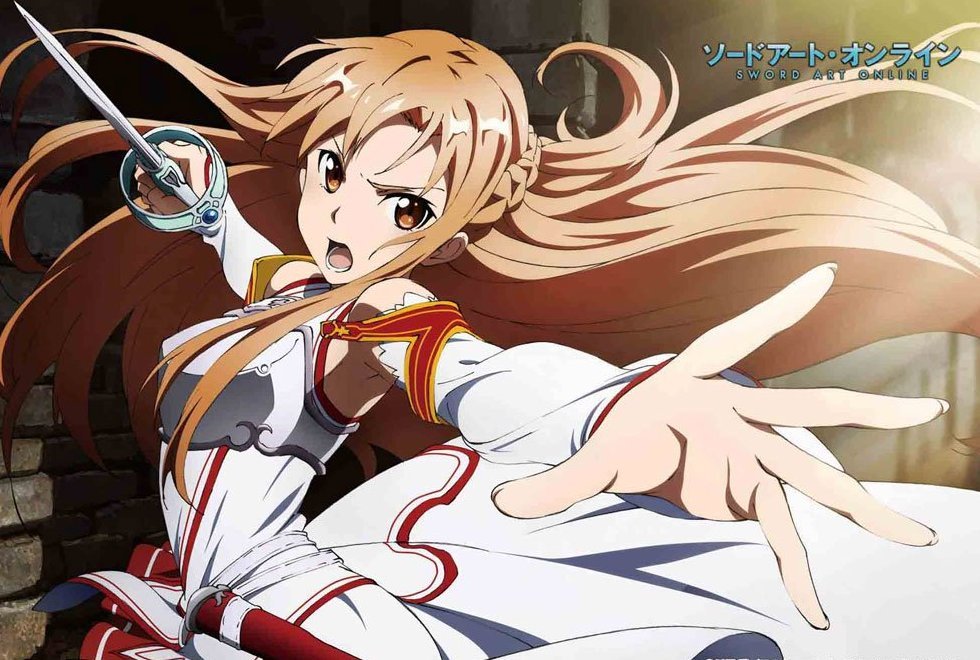 https://goodsrepublic.com/product/tag_page.html?tags=17573
She is the main heroine, or should be called another main protagonist in the while title.
She meets Kirito for the first time in the confined Sword Art Online game. They are irreplaceable to each other, supporting with each other in the life-threatening condition and end up completing the game.
She is kind and mild; however, she never goes easy on fighting against inhumane people or when Kirito has a tough situation. Not only in the game but she supports Kirito also from the reality. 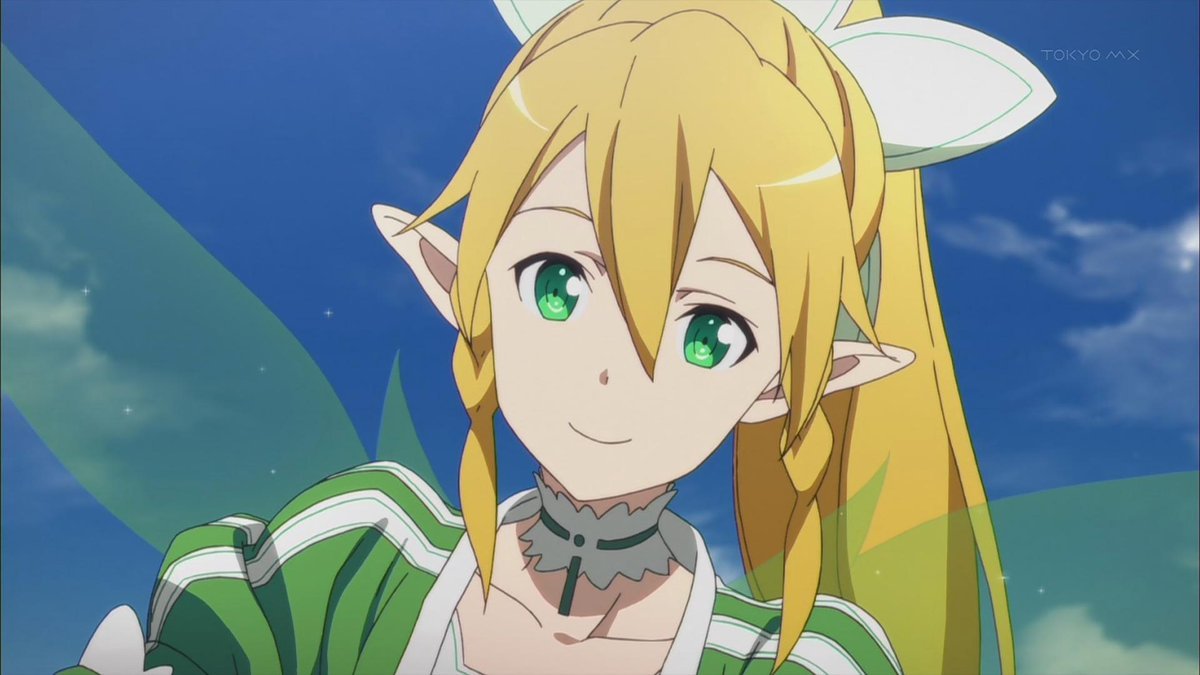 https://goodsrepublic.com/product/tag_page.html?tags=17577
She meets Kirito in Alfheim Online.
She starts to work with Kirito since she was saved by him, who was a stranger to her then. She neither knew anything about Asuna nor what had happened to her. She is a dependable and a little strong-willed girl and always cares about people. In reality, she does kendo. She is able to move quickly, making use of reflex and dynamic vision which she has acquired from kendo. Even though it’s a VR game, she loves to fly in the sky in the game more than anything. 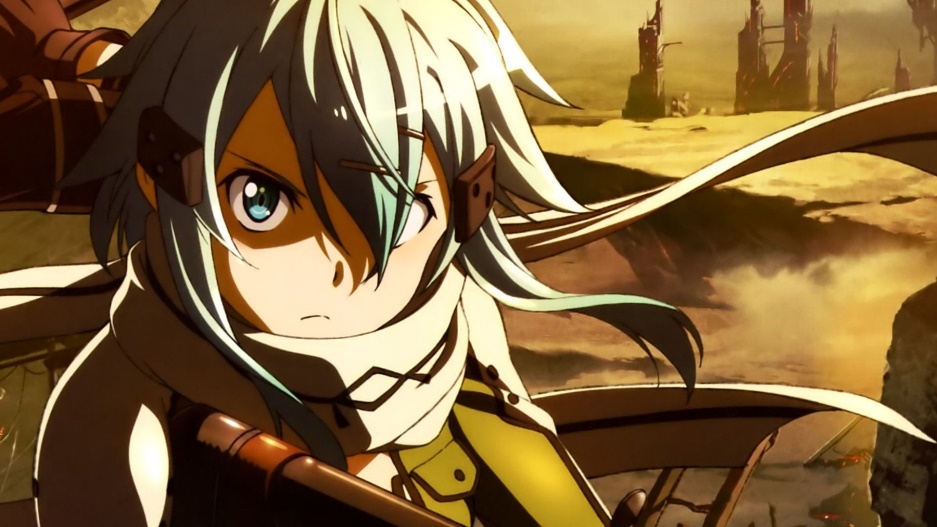 https://goodsrepublic.com/product/tag_page.html?tags=18427
She is a girl player, while it’s rare in GGO, where the gun battles are mainly taken place. Since she has experienced a miserable incident, she positively logs in GGO.
She is calm and centered but when something unexpected happens, she suddenly become girly, being shy and blushing. Since she finds out the incident happened by the “Death Gun”, she tries to solve the incident, supporting with Kirito. 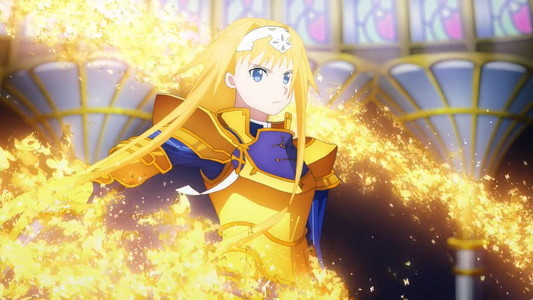 https://goodsrepublic.com/product/tag_page.html?tags=95806
She appears in the Underworld as Kirito’s childhood friend. Even though she is a character in VR, she is special to Kirito.
Growing up, she used to live in the same village as Kirito did, however, she was caught by the Knight because she broke the prohibited matter. They haven’t seen with each other for long time after that but……

Now I bet you know what kind of series Sword Art Online is and what kind of characters will appear! I mean, I hope you do! Since there are many titles, it might take a while to check from the 1st episode but they all are definitely fun titles so check them out!