Hi guys, it’s Mafuyu from Goods Republic!
Fall 2020 Anime are all on air now, huh~? The earliest series might already be reaching Episode 3 this week, starting to air at the beginning of October!

BUT!!! Some of the series have been on air in an even earlier pace! Today, we’ll feature one of such series and review its episode 1 & 2 to enjoy watching the episode, starting to air in October even more!! 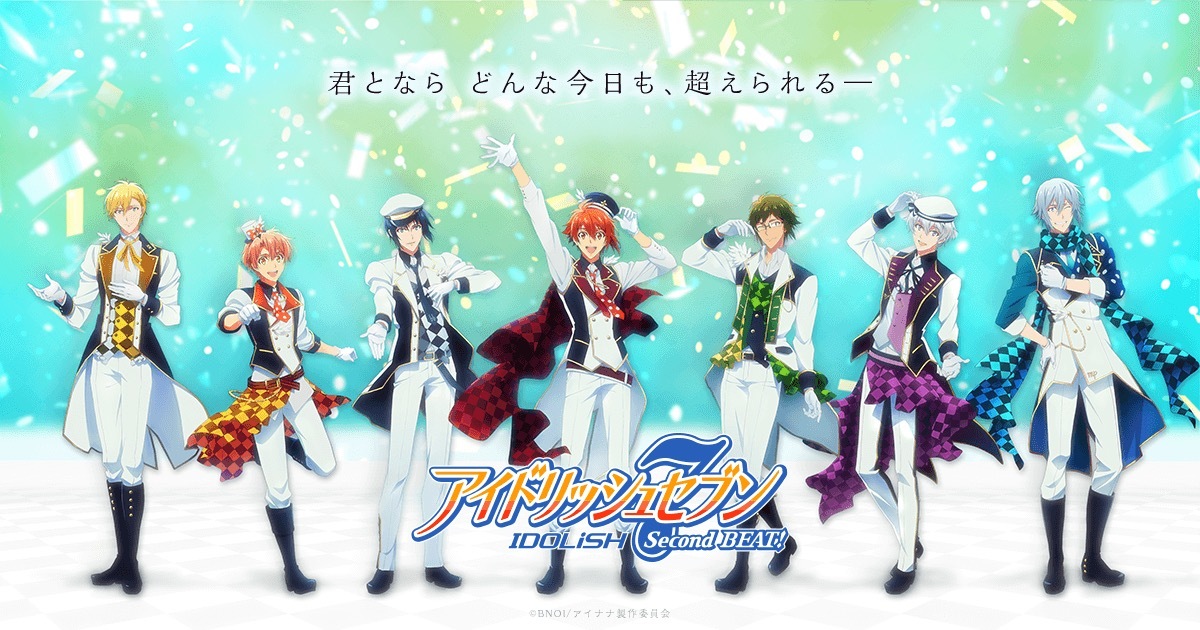 Why Is IDOLiSH7 Broadcasting in an Earlier Pace than Other Anime (Started to air in October)?

First of all, as for this series, Season 2 starts to air in October! …… However, this Season 2 was actually scheduled to air as one of the Spring Anime, starting in April, 2020.
April 2020 was when so much confusion started to spread out due to the COVID-19, throughout the world. Not only IDOLiSH7, but various other Anime series also had to announce their postponement. Since then, various measures started to be taken due to the COVID-19, and they were finally settled before the Fall season and start to air in October! As for IDOLiSH, Season 2 will resume this month! 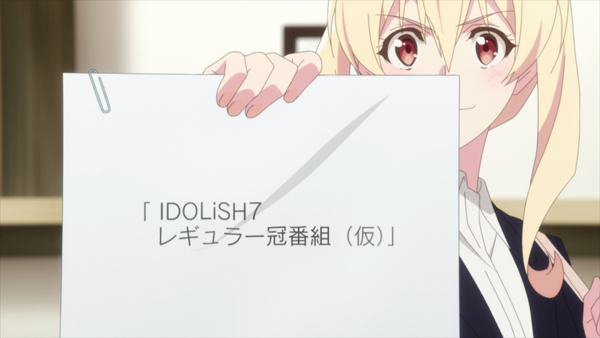 So! Now IDOLiSH7 is right on track since this month but actually, its episode 1 and 2 already aired in April! (Actually, it aired until episode 4.) But starting from episode 3 was thought to be the best resuming timing so the episode 3 will be shown in this season!!

Starting to Air from Episode 3! Let’s Review Episode 1 and 2!

Sorry for a long intro but anyhow, as for IDOLiSH7, episode 3 was the first one to start this season! So! Let’s review episode 1 and 2!
【IDOLiSH7】Here’s a Five-Minute Review of IDOLiSH7!
More Details about the Main Characters, Appearing in IDOLiSH7? Check out THIS Article! 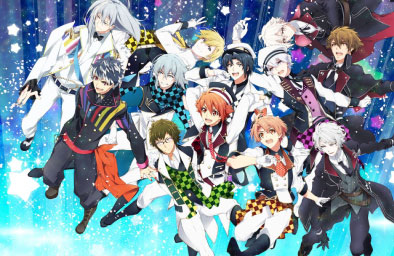 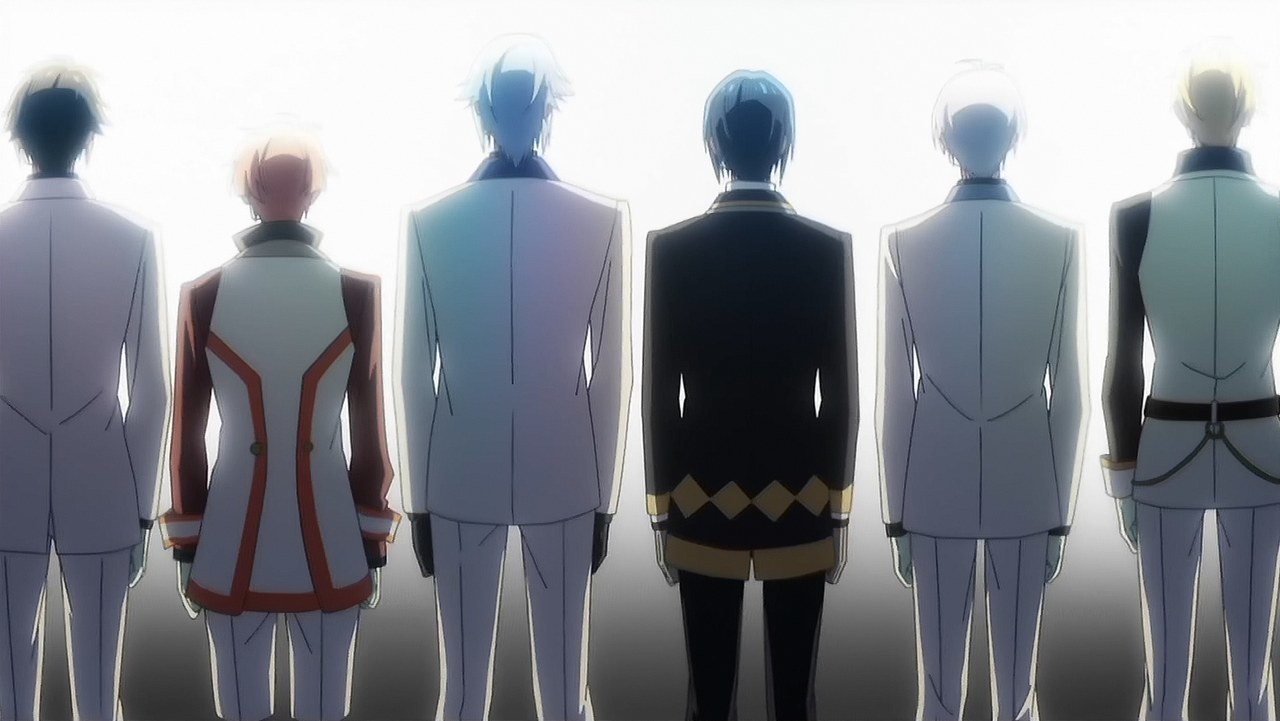 In Season 1, IDOLiSH7 is formed through the audition and the members gradually improve themselves, overcoming various difficulties and issues.
Even though they’ve been the rookie idol unit, they become popular enough to have their own TV program! 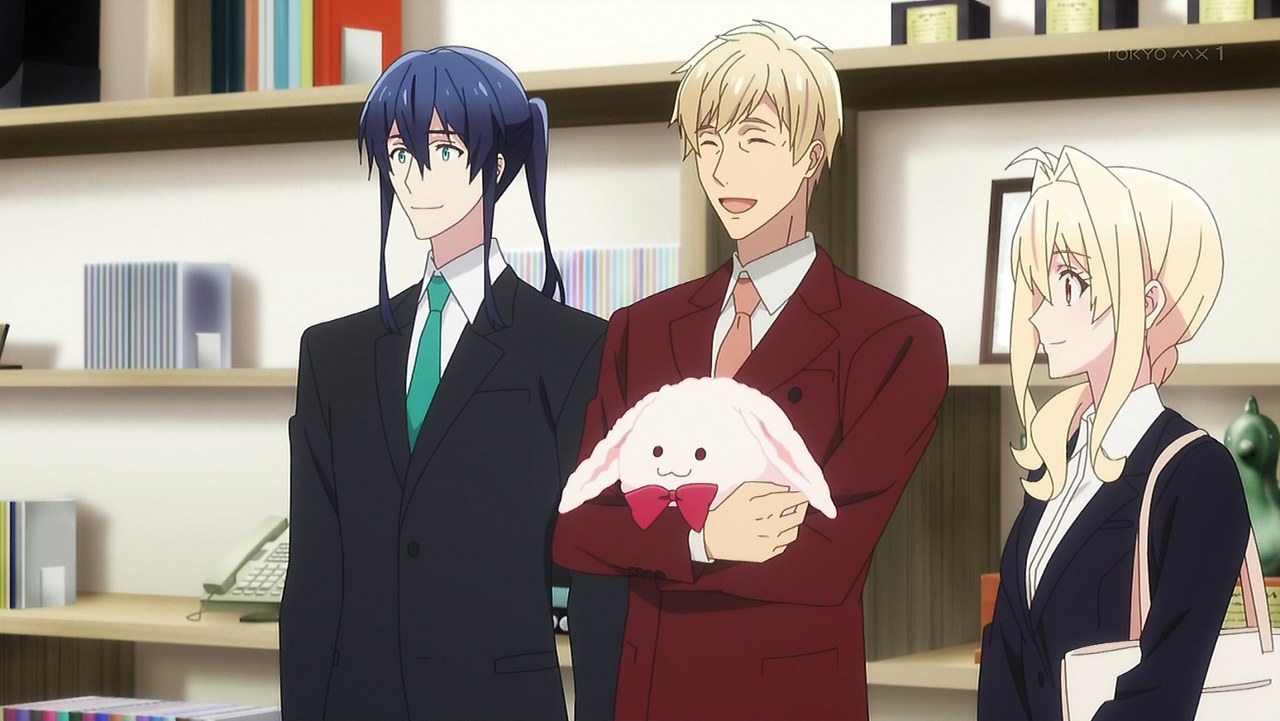 The program focuses on the IDOLiSH7 members, trying to challenge various things along with their viewers! The members are now appearing in a variety of programs to advertise their program. 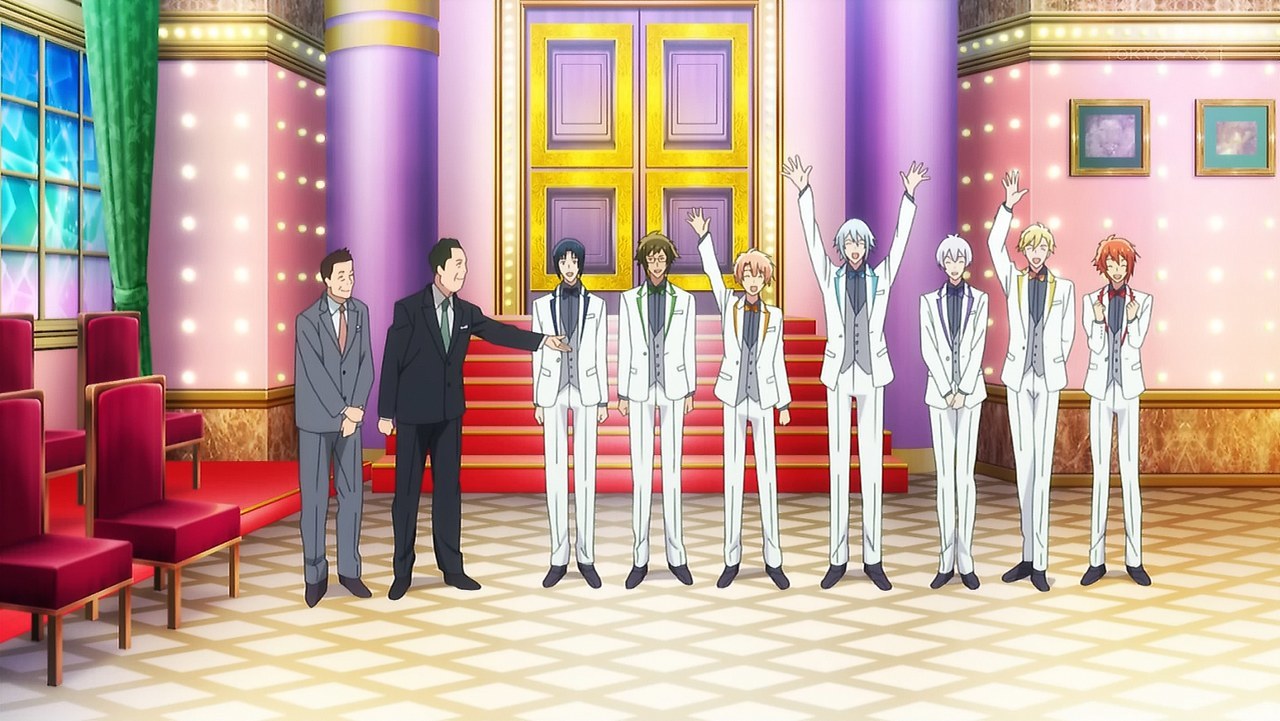 They are even invited to the show, hosted by the top legendary idols, “Re:vale,” who are the mc……! “Re:vale” is formed by the two members, Momo and Yuki.
Momo is always cheerful and energetic, and is able to perform a fun talk in any programs. He has such a high reputation from his viewers and co-actors that he is always in great demand, also being charismatic in the variety shows. 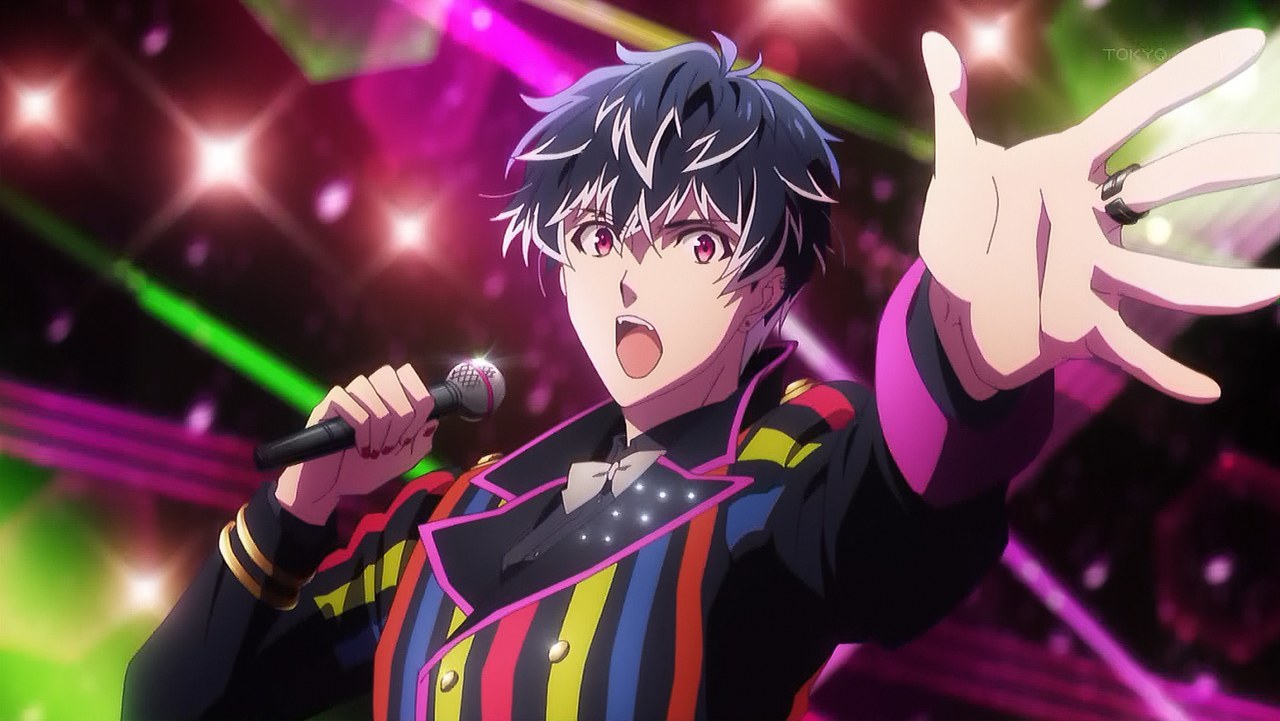 And another member, Yuki, has been active as a high-skilled actor, taking advantage of his cool and calm impression. Not only TV dramas but he also appears in the movies as a main character as. Of course, the members of IDOLiSH7 enjoy watching him, appearing in various shows. 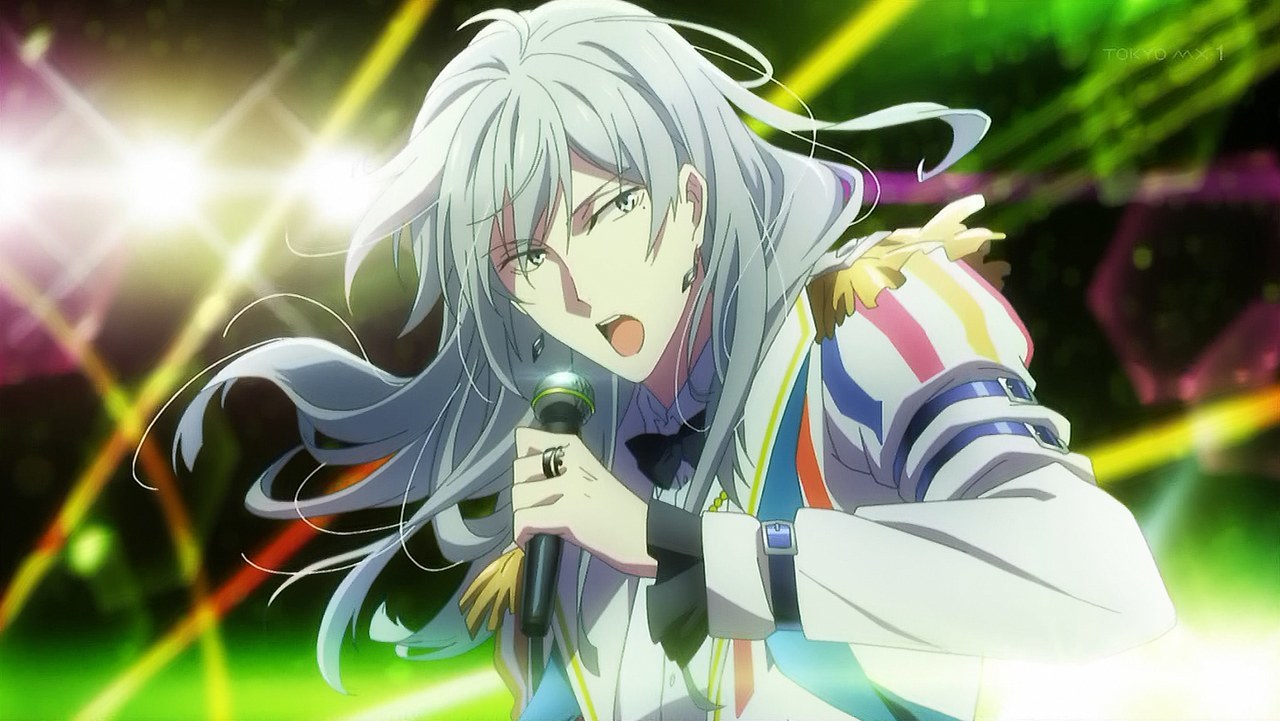 Like that, Re:vale is much higher level than the members in all elements.
Now, when the members visit such a popular group to greet…… 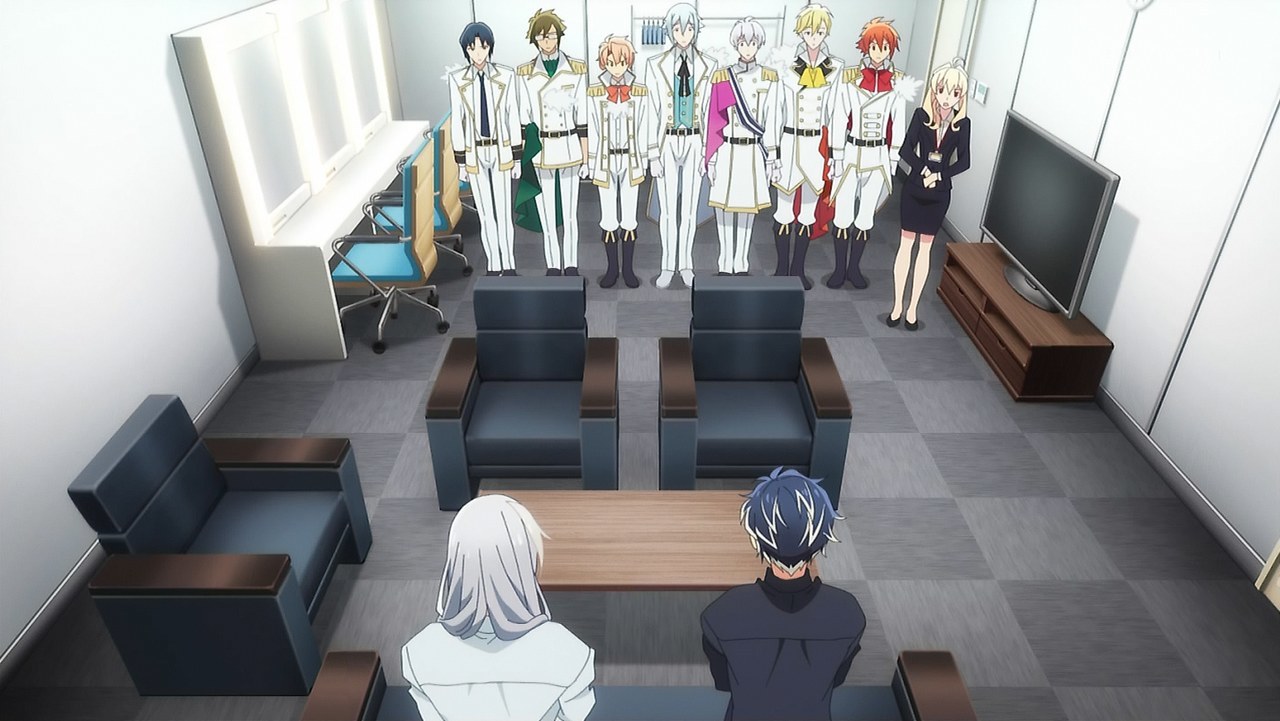 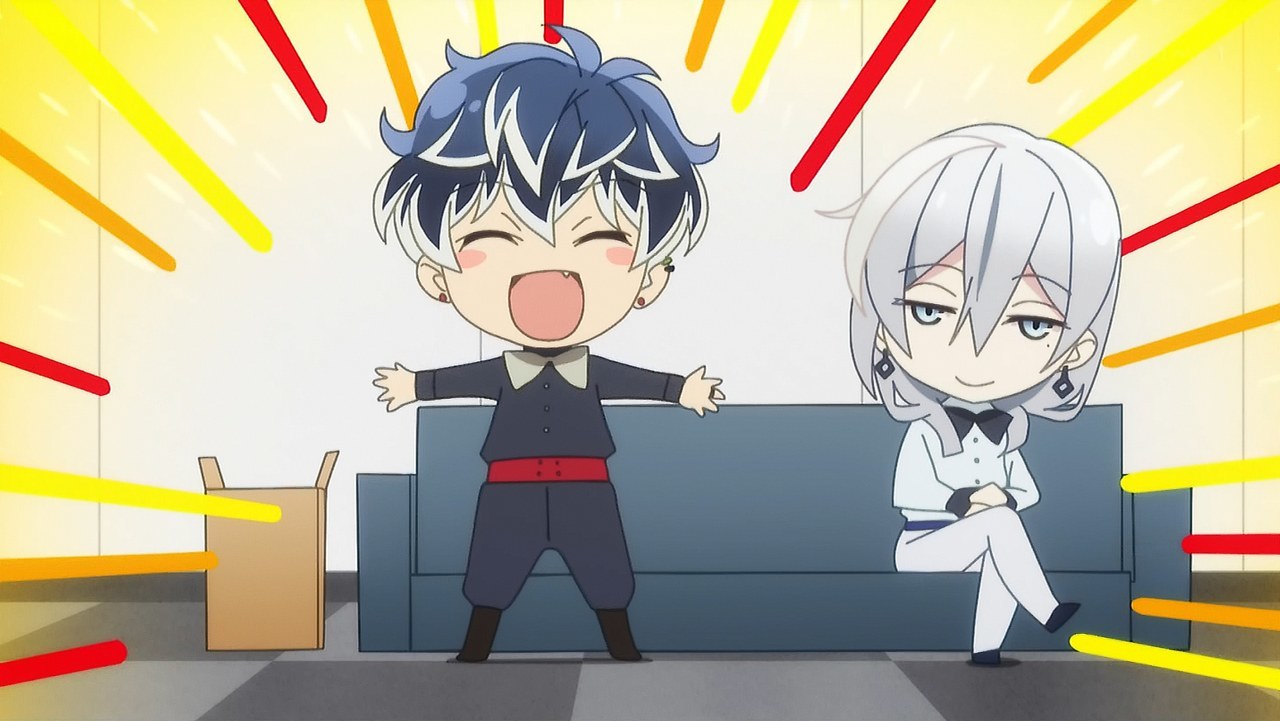 They welcome the IDOLiSH7 members super friendly with smiles. They finally feel comfortable a little bit with Re:vale’s warm words and atmosphere even though they have been super nervous before they visit them. 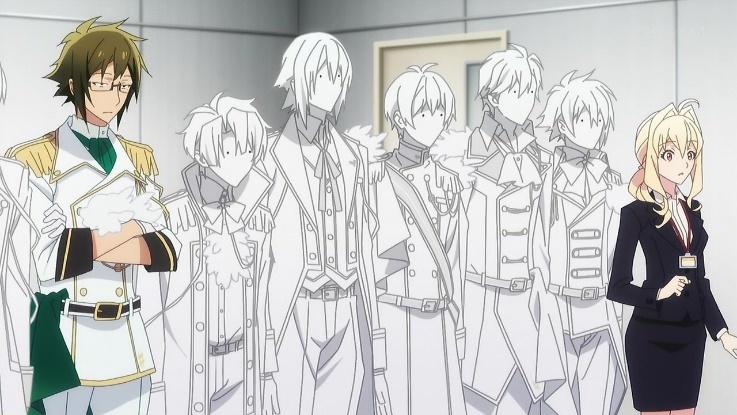 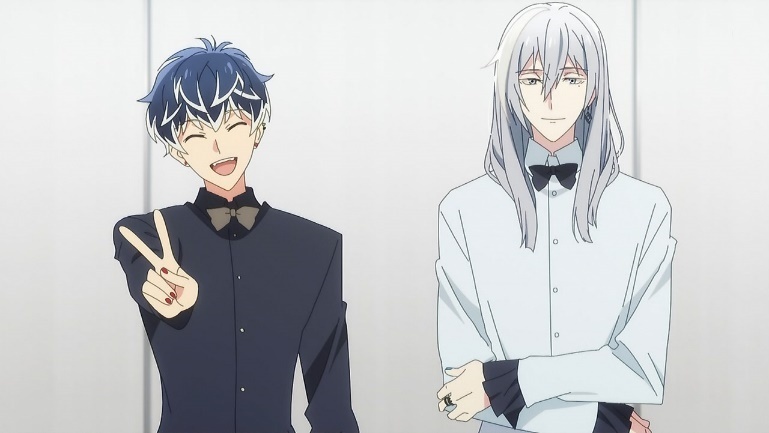 At the rehearsal, Re:vale even gives IDOLiSH7 members some advice.
If you enjoy yourself, then the viewers can feel it. “You will never be able to entertain anybody” if you are always scared of making mistakes, trying to be well mannered. What you need is to enjoy yourself so they can feel it from you. You can make mistakes. That’s why we’re here for you. Just focus on performing your best part. Then Re:vale gently smile. 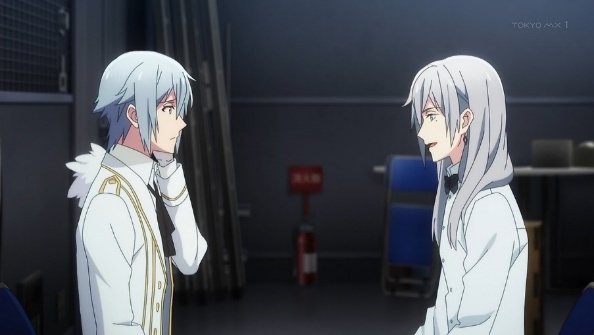 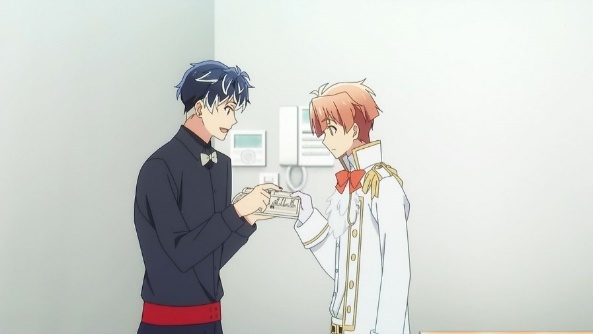 Thanks to that advice, they are able to have the best talk ever, even though they have messed up at the rehearsal. More importantly, the members are able to feel “fun,” talking in the show. 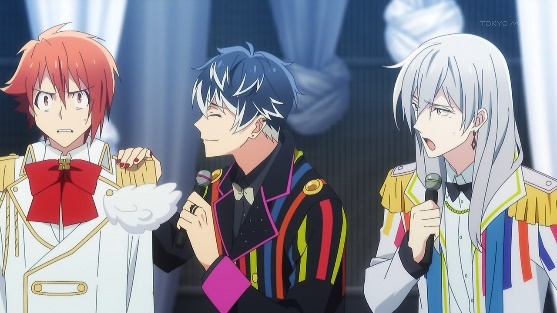 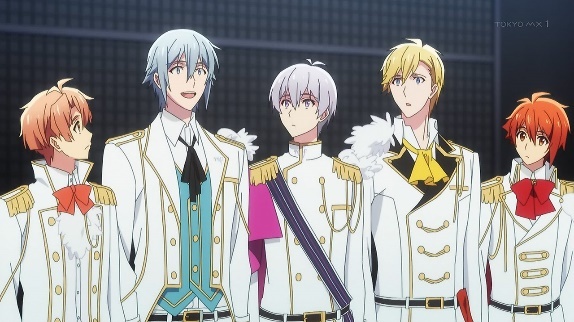 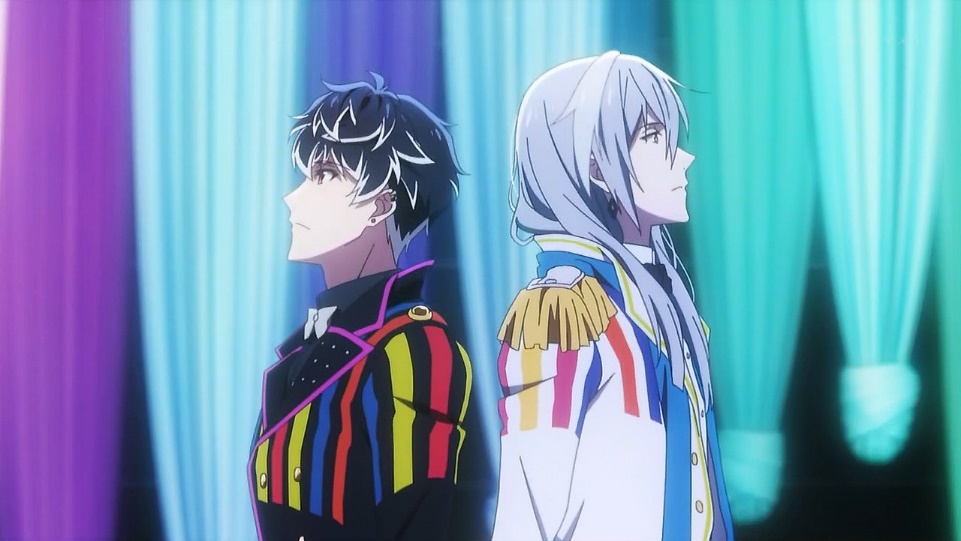 Re:vale is overwhelmingly better than the members on everything such as singing, talking and individualities.
The IDOLiSH7 is now feeling how attractive Re:vale, who is in the top in the idol industry, is.

A couple days after IDOLiSH7 members appeared in the same show with the Re:vale members for the first time, the IDOLiSH7 members run across them.
At that time, Yuki, the member of Re:vale, is a little worried about one of the members of IDOLiSH7, Yamato. Actually, they have met before. Yuki says “Back then when we were still students, he seemed to have a distrust of people and his eyes seemed to be saying as if all the celebrities in the entertainment industry were no better than a cockroach.” Yuki is happy that he is no longer like that. However, Yamato has a mixed feeling. 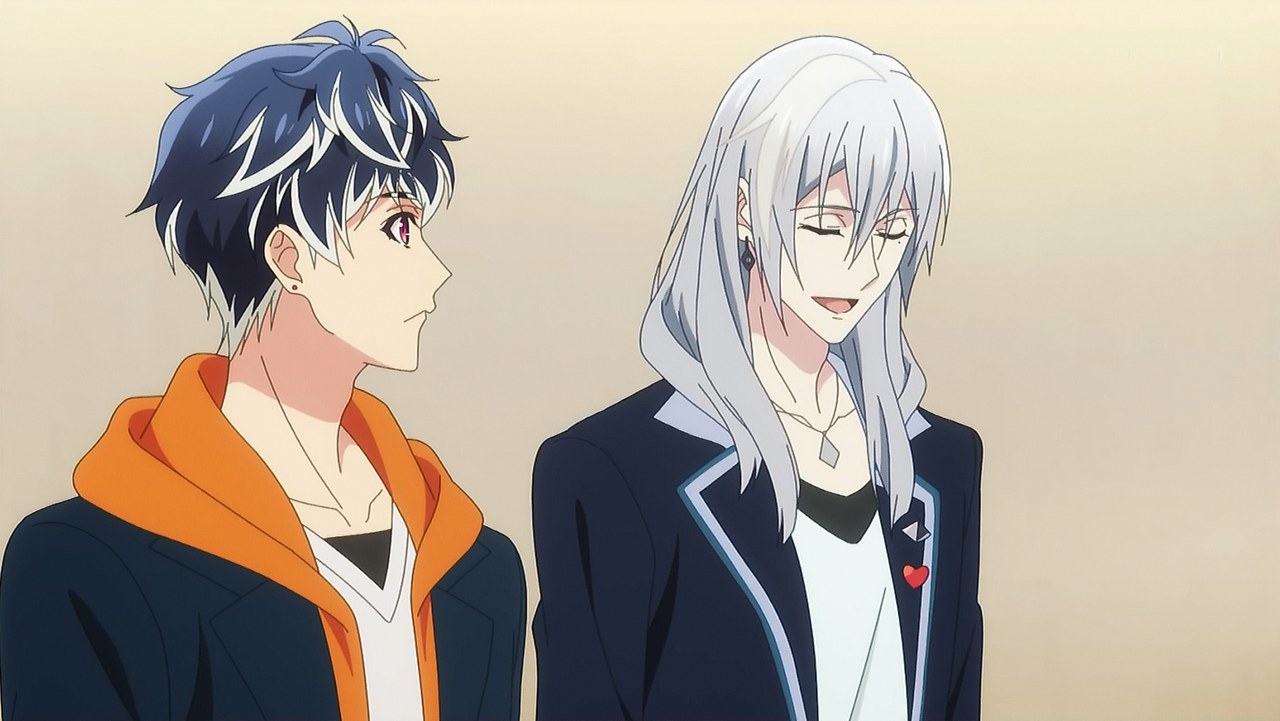 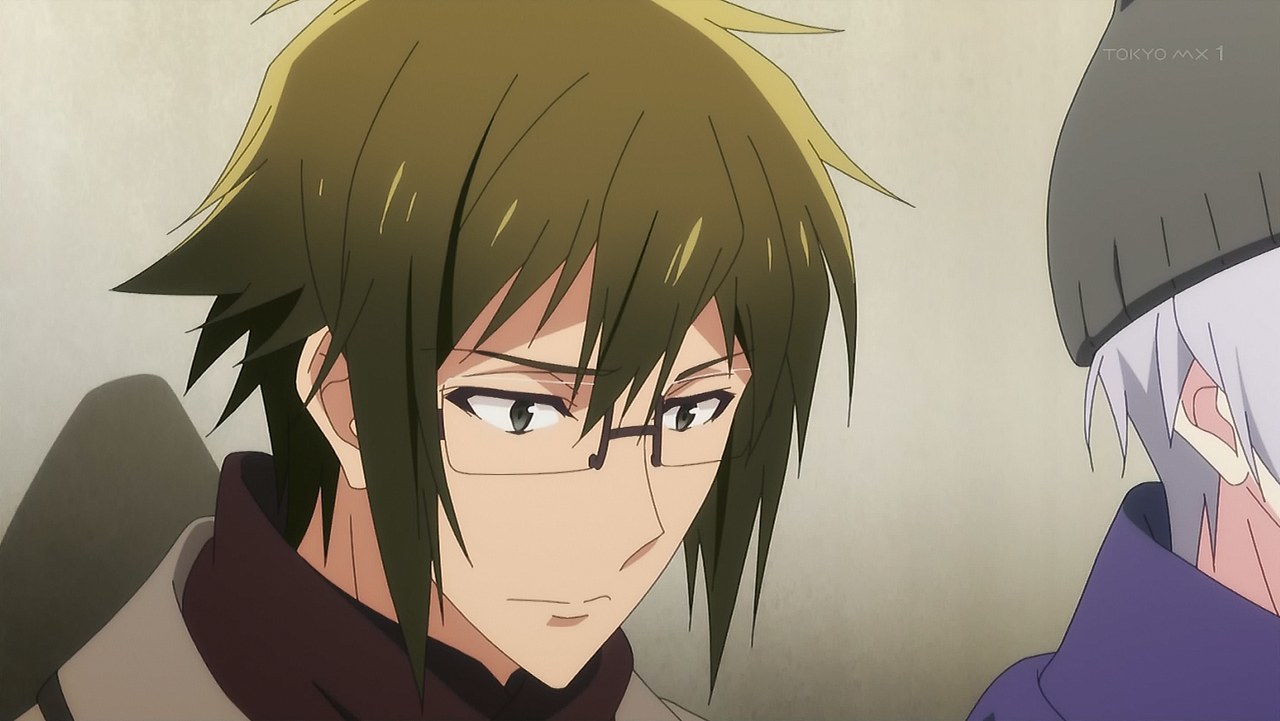 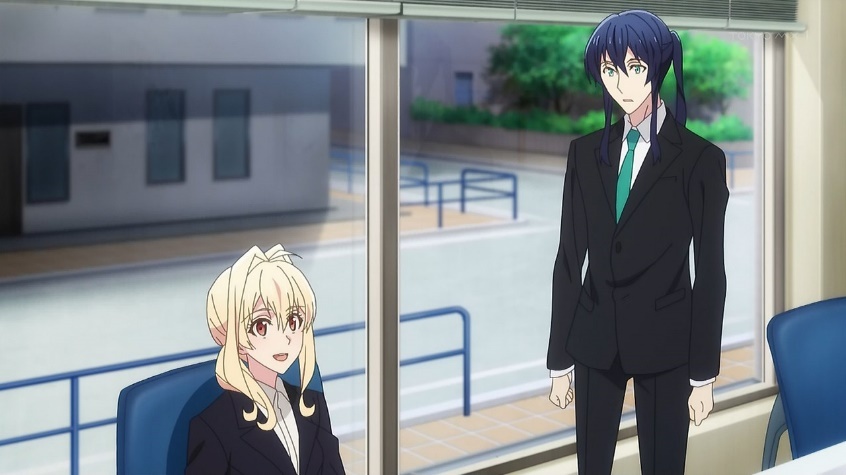 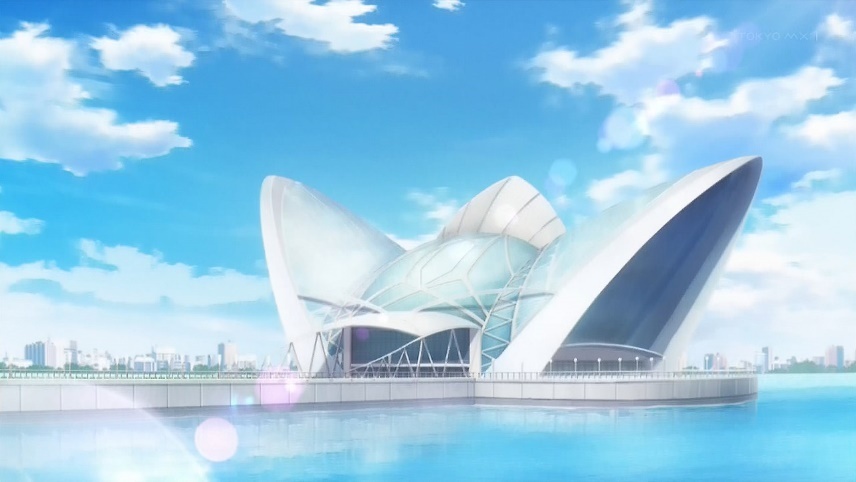 The manager is informed of the news that someone, who is related with the Zero Arena, will come to the next concert of IDOLiSH7. The manager, who wants to make the concert successful so the members can show their attraction, directly goes to the Zero Arena (with Nagi, who he ran across), so he can get some hints there, where he sees a mysterious gentleman……! 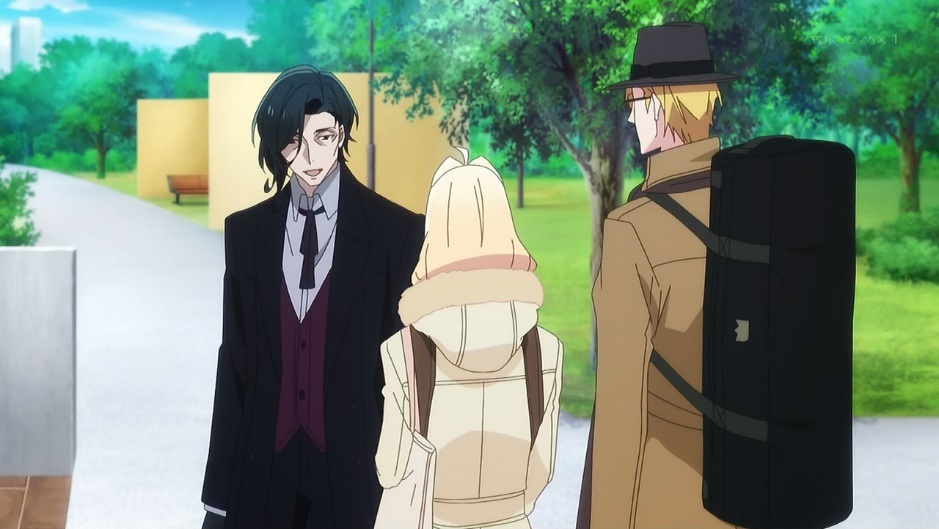 They find out that the man has trained idols before and have been in charge of the stage performance so many times. The man is more passionate than anybody else when it comes to conveying idols’ attraction, which he knows, to the world. He gives them advice, saying that the stage performance is to know the attractions of the idols and to analyze them very severely, while being into them than anybody else. While doing so, you have to think if what’s shining them is “brightness” or “darkness,” showing off or hiding themselves or being showy. To “cast a spell on” the viewers so both fans and idols can share the “miracle” that should happen on the stage, what should they do? He teaches all of those things to them. 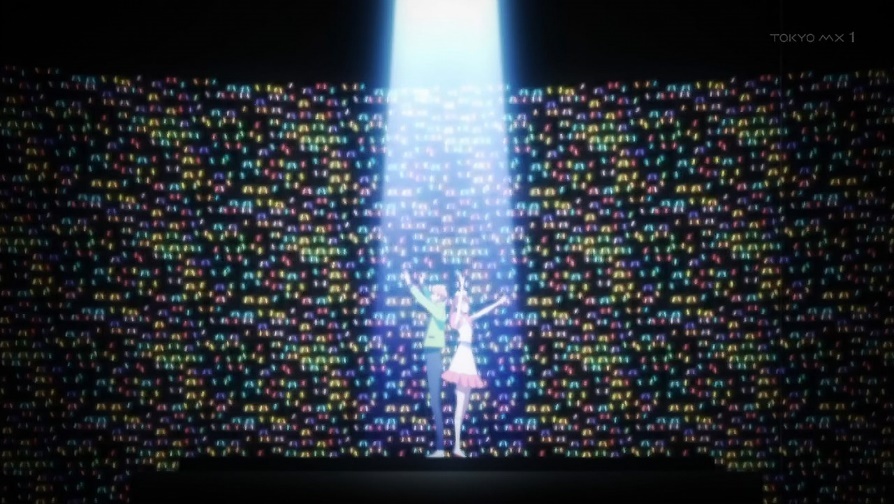 Those advice hit the manager’s mind. Right after they thank the gentleman, they start to think about how the members should perform for the concert. To share the miracle with the audience, to “cast a spell on” to everybody, who will be watching them……! 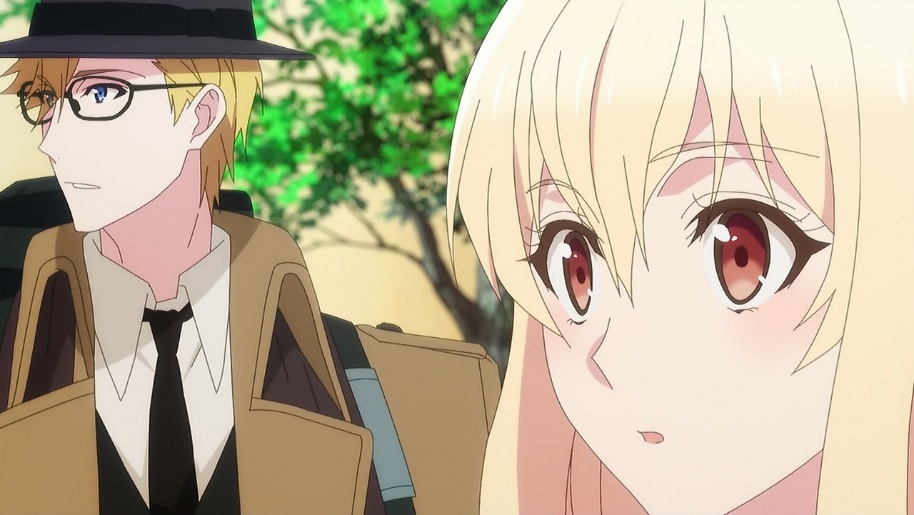 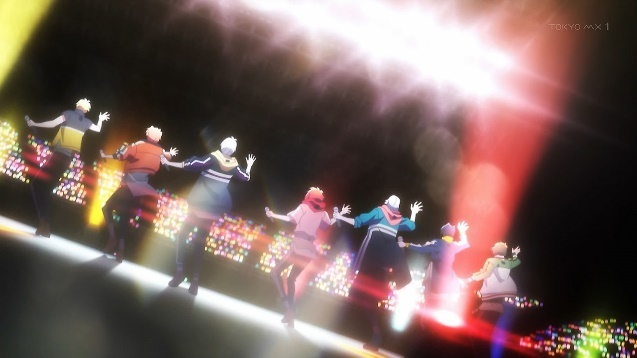 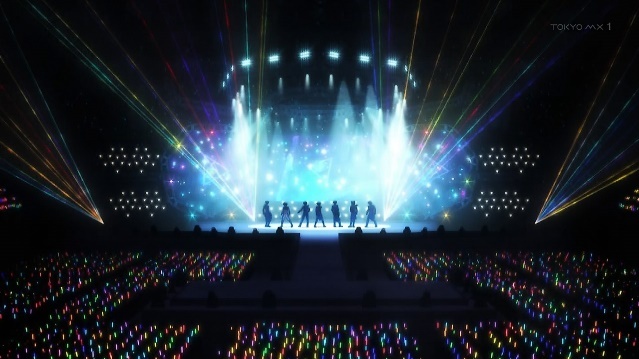 That’s all about episode 1 and 2! I wonder what the story is going to be like in episode 3, starting in October……!? Why don’t you check it out??
Tons of NEW Goods Too! Check THIS PAGE for IDOLiSH7’s Anime Goods! 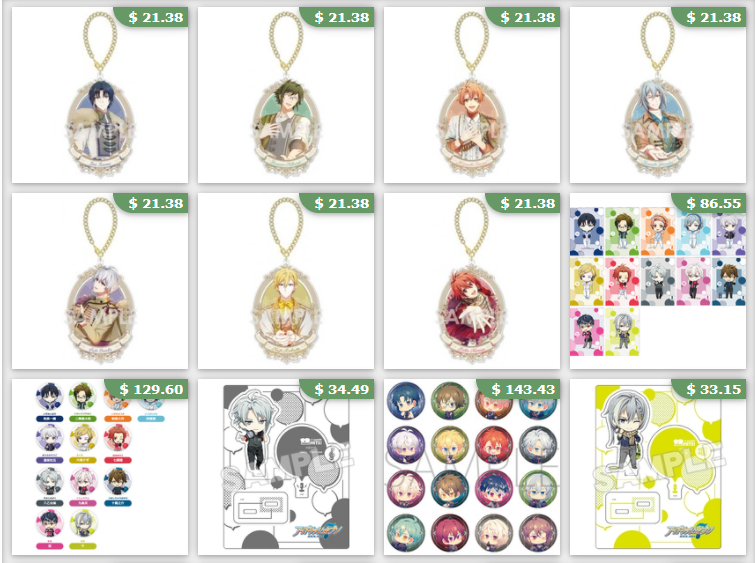 Oki-doki! This is all for today! I’ll see you guys at the next article!
Bye~!!
IDOLiSH7