※This article contains the secret, getting to the core of the story of 2006 version of Higurashi no naku koro ni (Higurashi When they Cry).
The best part about Higurashi no naku koro ni is to investigate and examine the cases. Therefore, for those who haven’t experienced that part yet, please watch the anime, aired in 2006 first, then enjoy reading this article!
※Please note that this article contains the spoilers of Episode 1 to 4.

Here’s a question for you! Do you know the series, Higurashi no naku koro ni (Higurashi When they Cry)? 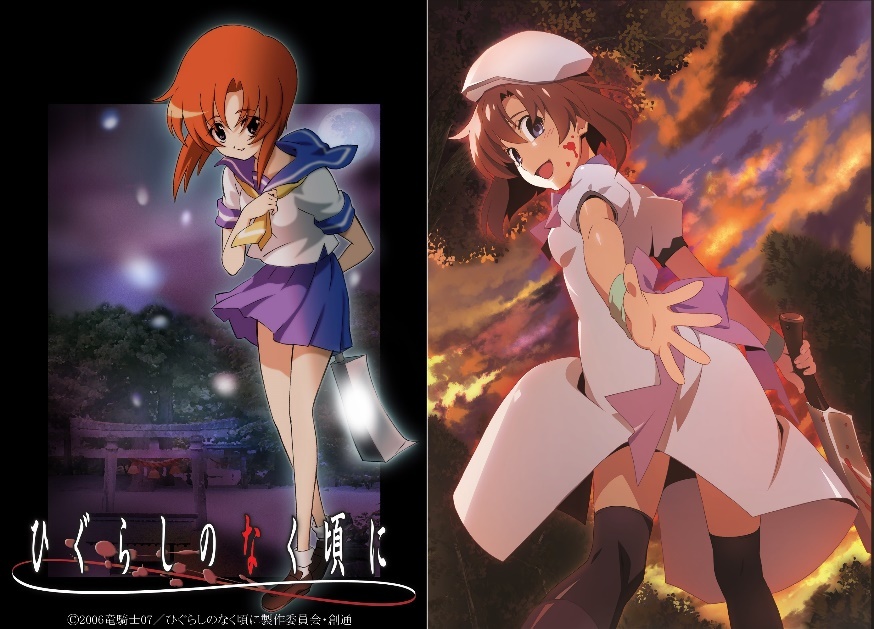 Since October 2020, Higurashi no naku koro ni (Higurashi When they Cry) has started to air again but…… let me give you my honest comment.

This is the BEST Anime in This Season.

【Higurashi】The Tragedy Nobody Knows Is About To Happen. Five-Minute! And You’ll Know Difference and Attraction of 2020 Version Higurashi!【When they Cry】 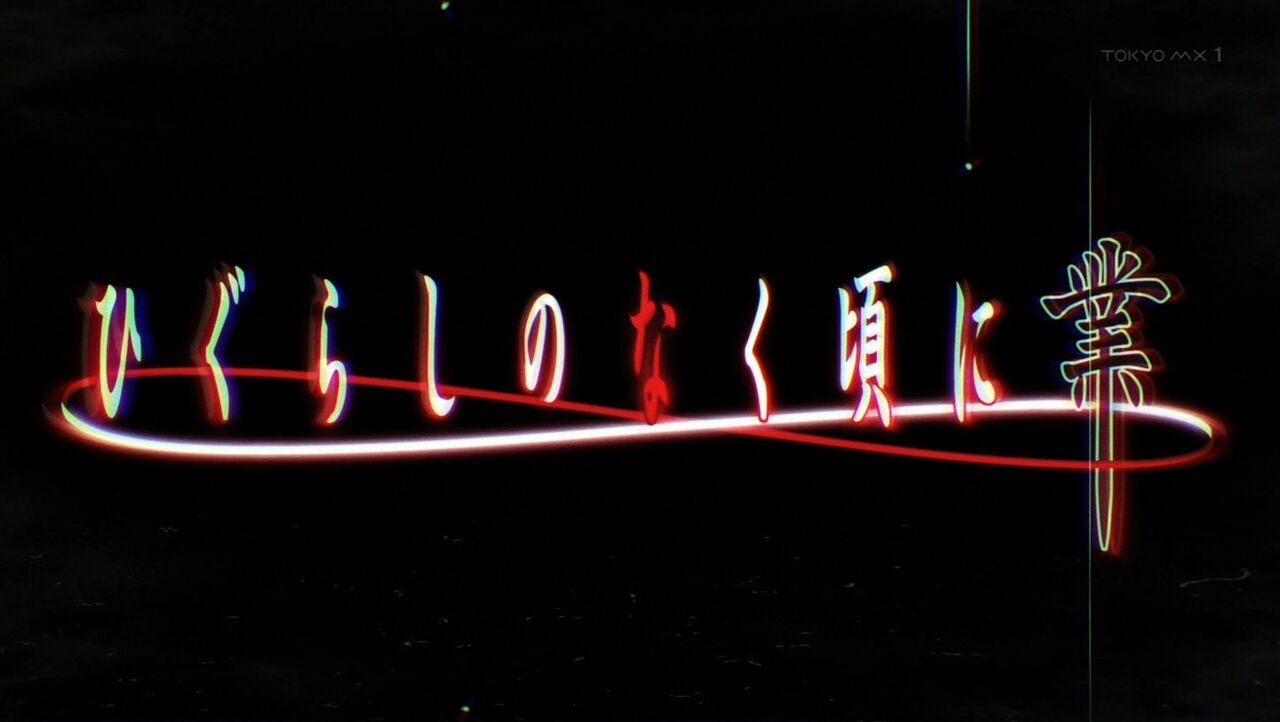 ※Spoiler Alert! It contains the spoiler of the whole part of the 2006 version.

What Is Higurashi no naku koro ni (Higurashi When they Cry)? 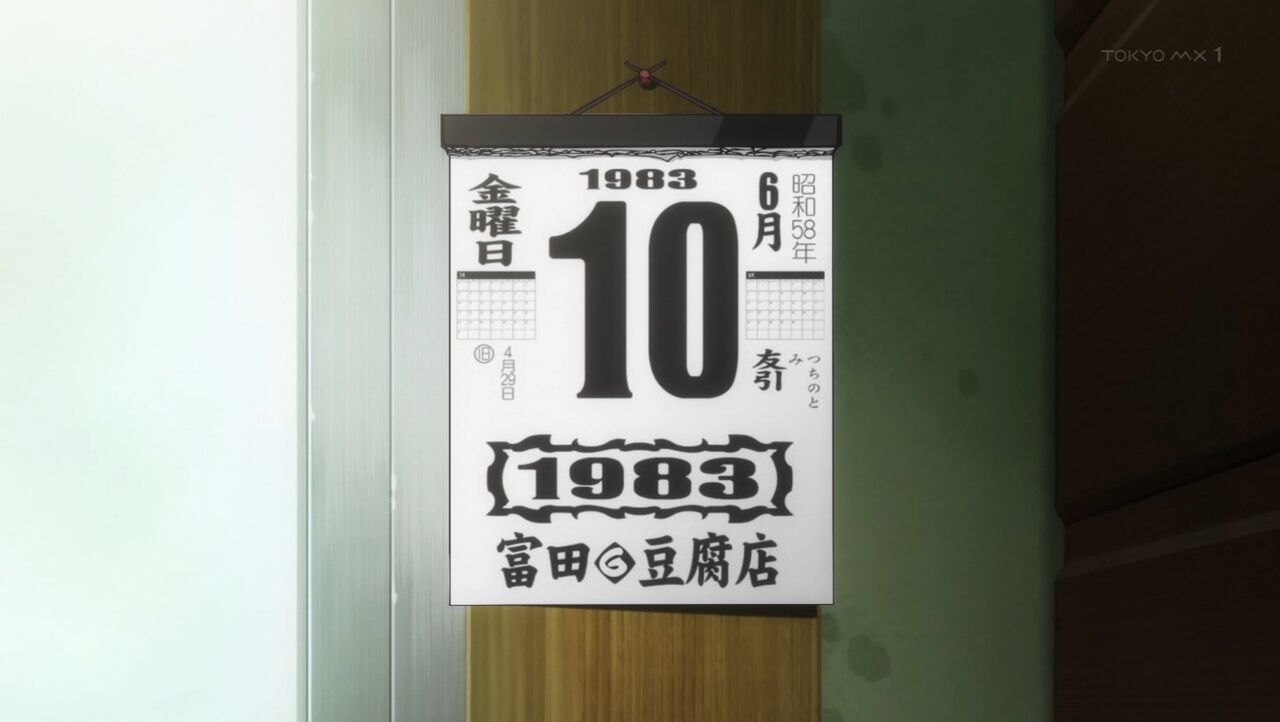 Who Is the Main Protagonist? 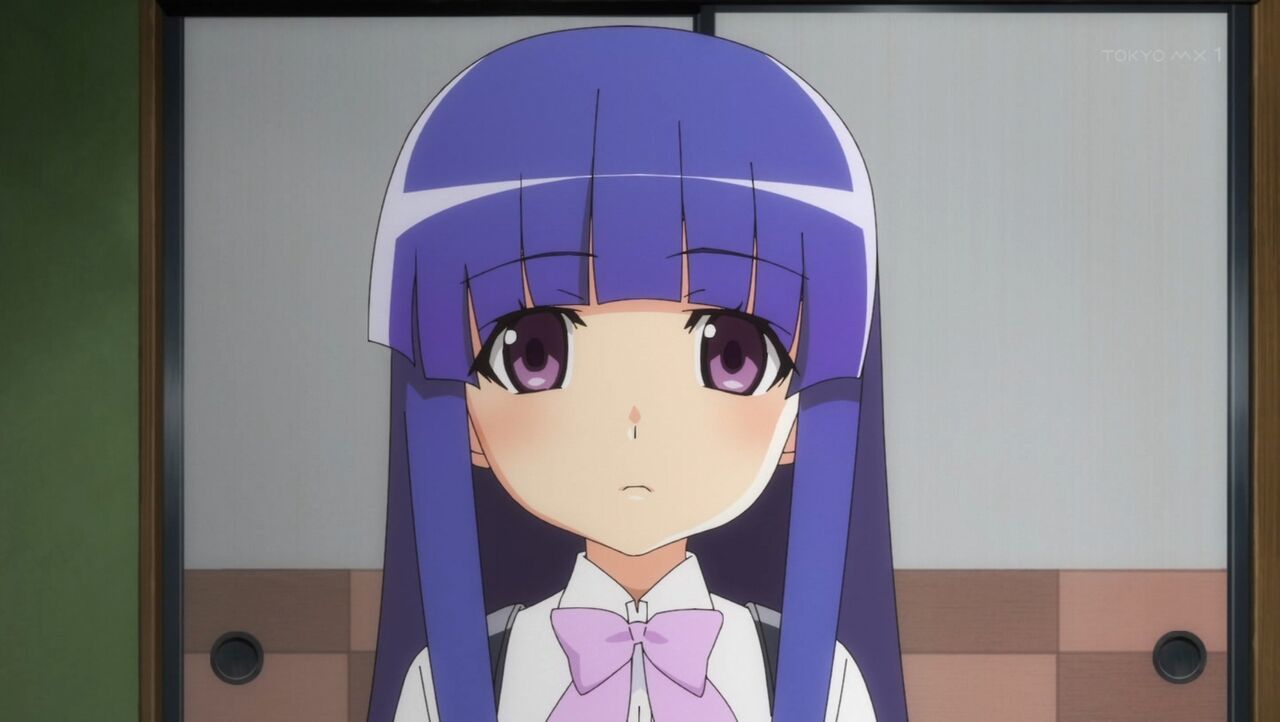 https://goodsrepublic.com/product/tag_page.html?tags=17699
Basically, those who get involved with this tragedy and try to avoid it are the main protagonist but (to me,) Furude Rika is the No.1 main protagonist who plays a huge role.
Furude Rika is the last and only daughter of the Furude clan, one of the great and oldest clans of Hanamizawa, and also the chara, who is destined to be killed in the fifth tragedy. She continuously does time travel for nearly 100 years to get “the bright future after 1958, where she lives with her friends, and the particular month, June, 1983, where nobody would ever get killed” back, by the help of the village’s deity. 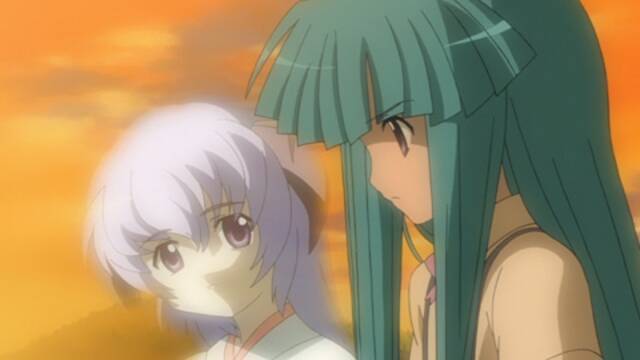 However, someone from her friends gets always killed in June 1983 no matter what means she takes or no matter how hard she manages, then Rika, herself “gets killed” as well. What’s worse, she is not able to see who would kill her because she is always put to sleep by drags by someone.
After Rika gets killed, Rika moves to another dimension of June 1982 and tries to find the solution, following the memory she has. In time, she realizes that it’s a “murder case,” caused by the “obvious malice by someone”……

※This contains the spoiler about Episode 1 to 4 of the 2020 version.

Rika does have a clear memory about the tragedy and knows who the mastermind is! 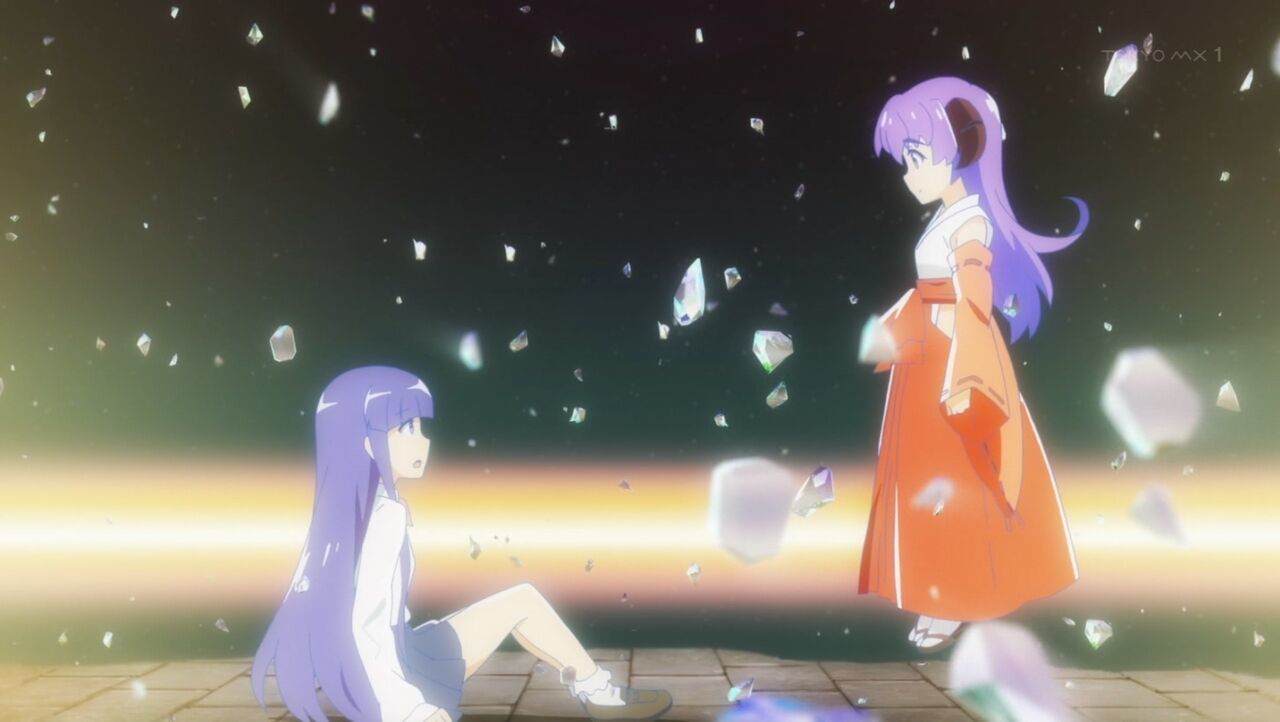 At the beginning of Episode 2, you see the scene, where Rika talks with the deity who was helping her do time travel.
According to the scene, just like the final episode of the 2006 version, Rika is described as the chara who has got the future, where nobody would ever get killed, which means she already knows who the mastermind of behind the scene of the tragedy is.
In other words, she has already realized how she can get the future nobody (including her) would ever get killed! That’s what was depicted there but……

The one, who is supposed to get killed in the 5th serial mysterious murder case, is now missing…… 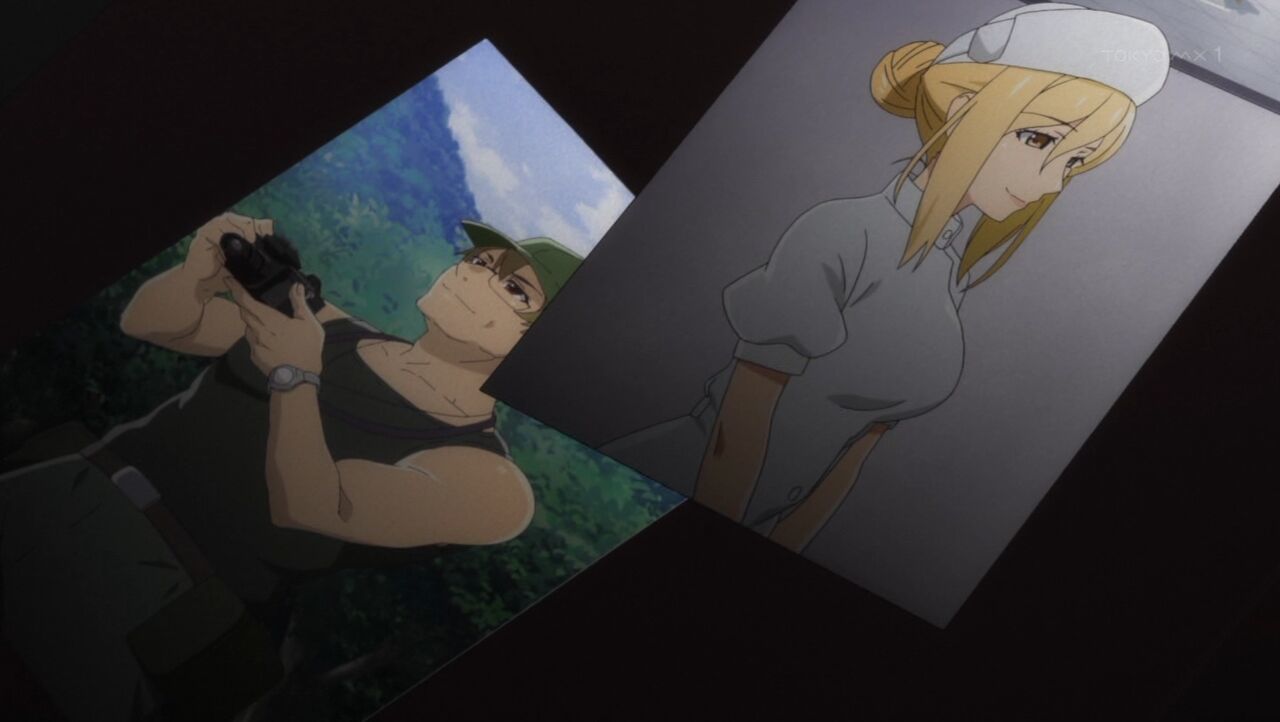 For the past five years, people in the village have been killed and have disappeared on the evening of the festival. However, in that loop, two are missing and nobody gets killed. Therefore, it’s very significant that how many people have been missing and killed in this fifth year. And the mastermind seems to be killing the victims with a certain intention but……

The mastermind is gone? =Rika is no longer get killed……? 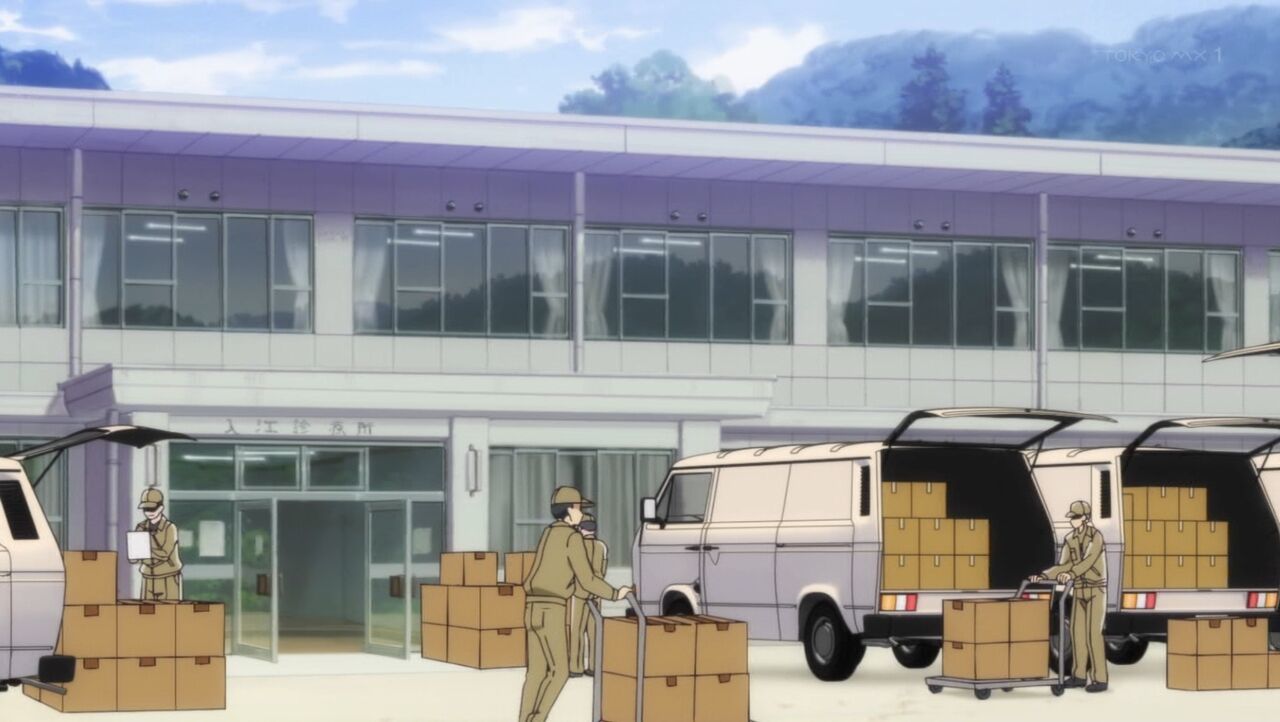 Surprisingly, the building, which the mastermind belongs to, was broken down.
The building has a sign saying it’s renovating but the scene implies that they will no longer being on active duty because all the cardboards that they used are being carried to outside.
What’s behind this description? But anyhow, it clearly differs from the 2006 version. The mastermind does kill Rika with a certain intention in the fifth tragedy but the mastermind in question is actually missing. 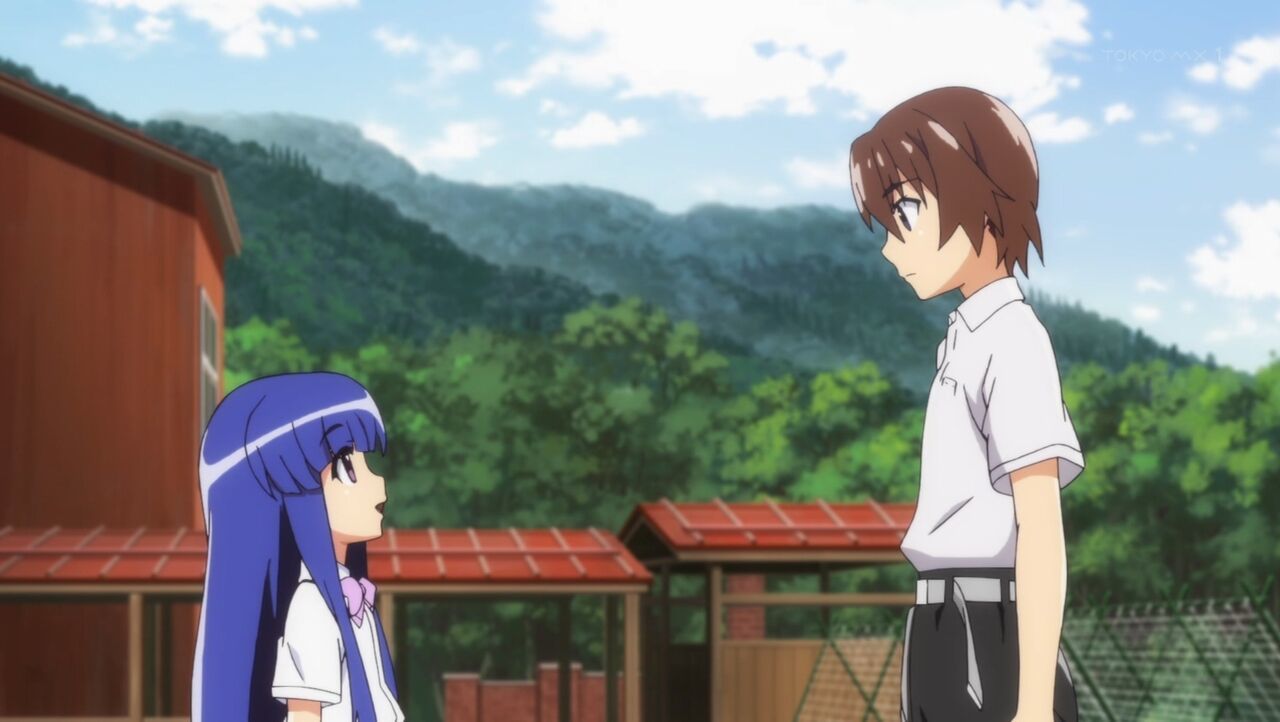 In the fifth tragedy, someone from Rika’s friends always gets killed but it’s not clear who gets killed. Rika is the one who has to judge who gets killed, leading to the specific pattern (route) (from various patterns), depending on the event that occurs.
In this particular route, Rika judges that “they will take the route, where Ryuuguu Rena and Sonozaki Mion, who get panicked and worried, figuring out that Maebara Keiichi doubts that ‘he will be the one who gets killed,’ going through the mysterious case.” So Rika gives Keiichi advice saying “If you feel scare of Rena…… who to doubt is not Rena but you.”

With that advice, Keiichi feels a little relieved from that suspicion.

Keiichi is driven into a nervous breakdown, being suspicious about his friend, thinking “My friend might kill me because I was trying to find the secret about the mysterious case, which happened in the village,” ending up becoming lonely and wanting to kill someone. He can’t help but think that his friend, who is trying to worry about him (who is mentally unstable) and tries to help him, is the one who will kill him. However……

Keiichi “recalls.”
That the “future” will come, when he doubted Rena and his other friends and ended up killing them. That’s something only Rika knows, the ending of the tragedy, happened in the past route. 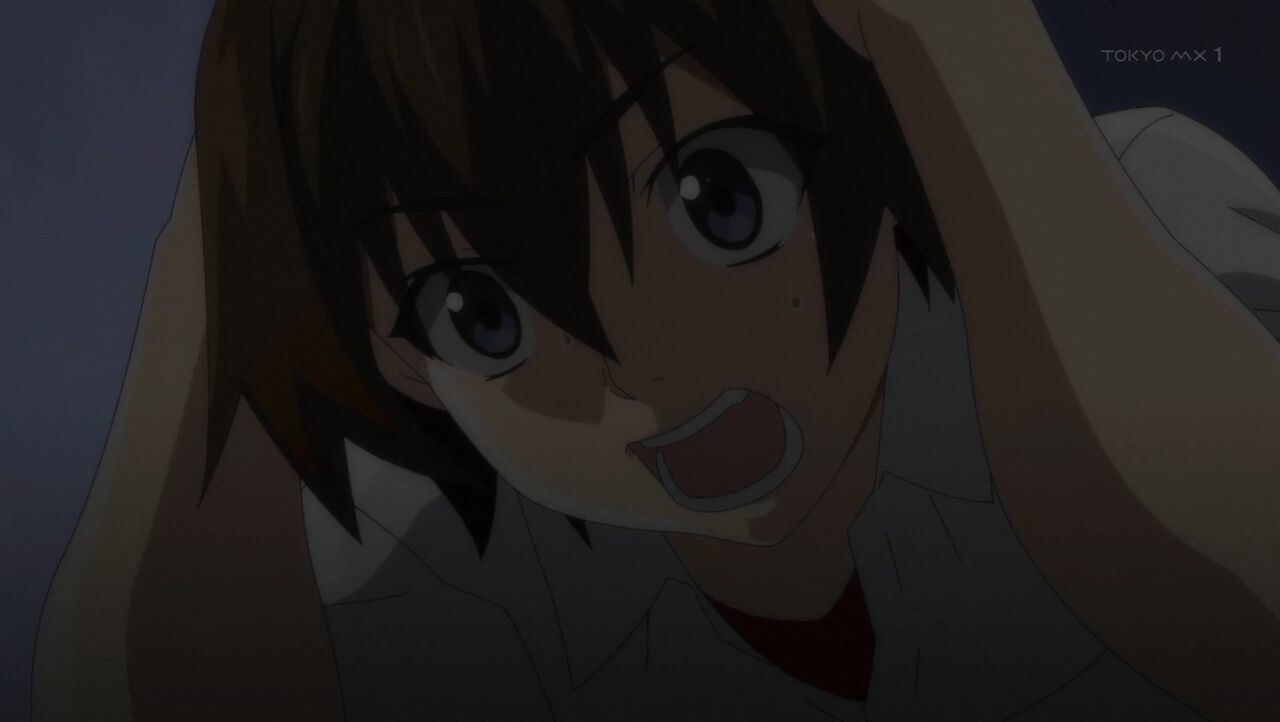 Keiichi “overcame” suspicion and fear.
Being suspicious in the past route, he has pushed Rena away, who worried about him and came to his house. However, he now opens up the door of his house, who he would never open before.

Rena, standing there, smiles, looking a little surprised.
Seeing her smile, Keiichi holds her, without saying any words.

The tragedy which should have been avoided, however…… another tragedy is about to happen. 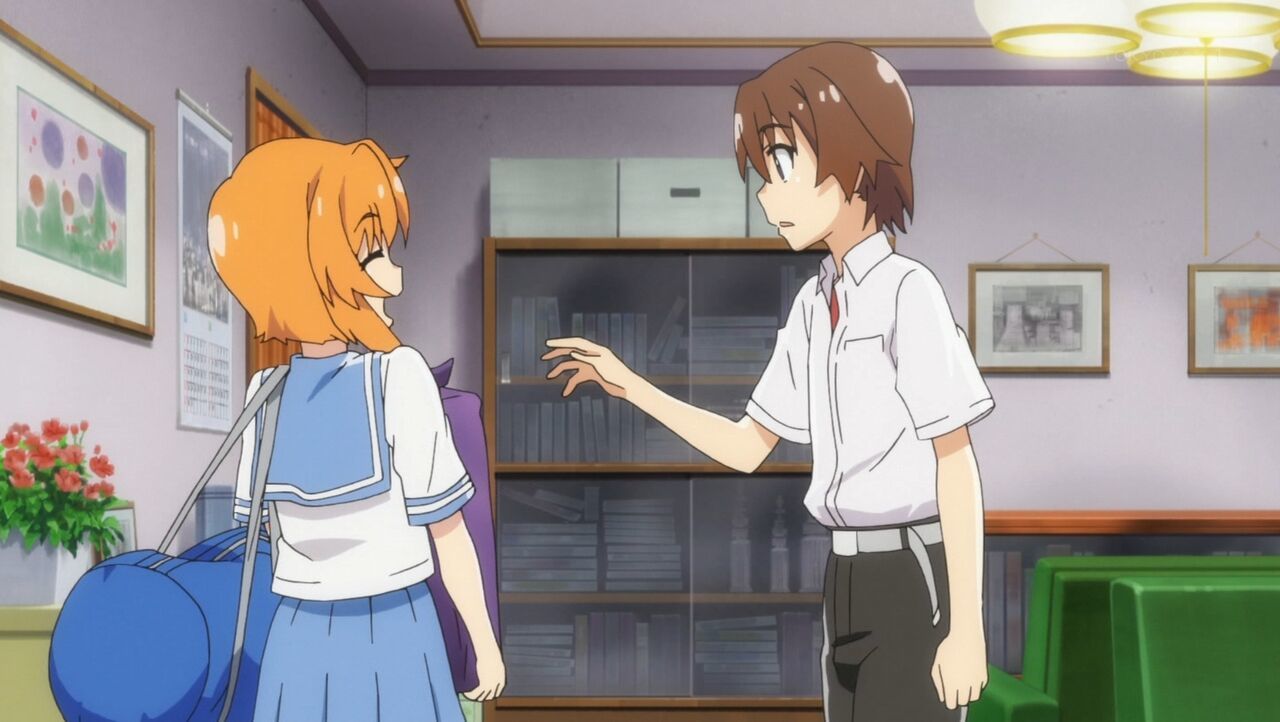 Keiichi welcomes Rena, who comes to his house to make him dinner. He was going to apologize her for being too suspicious and refusing her.
But……

The one who was too suspicious and panicked was not him but Rena.
Actually, it was the route where Keiichi gets panicked, but in this route, Rena ends up getting killed while she is trying to persuade him to become sane. It has to the “route, where Keiichi kills Rena” for sure……

They start to grab each other.
Rena seriously tries to kill Keiichi, while Keiichi keeps resisting it, not wanting to die yet.
Keiichi gets stabbed with a knife again and again and hit hard with the clock by Rena. The living room is now full of blood…… Then they never move, laying down in the blood-like sea, from their bodies…… 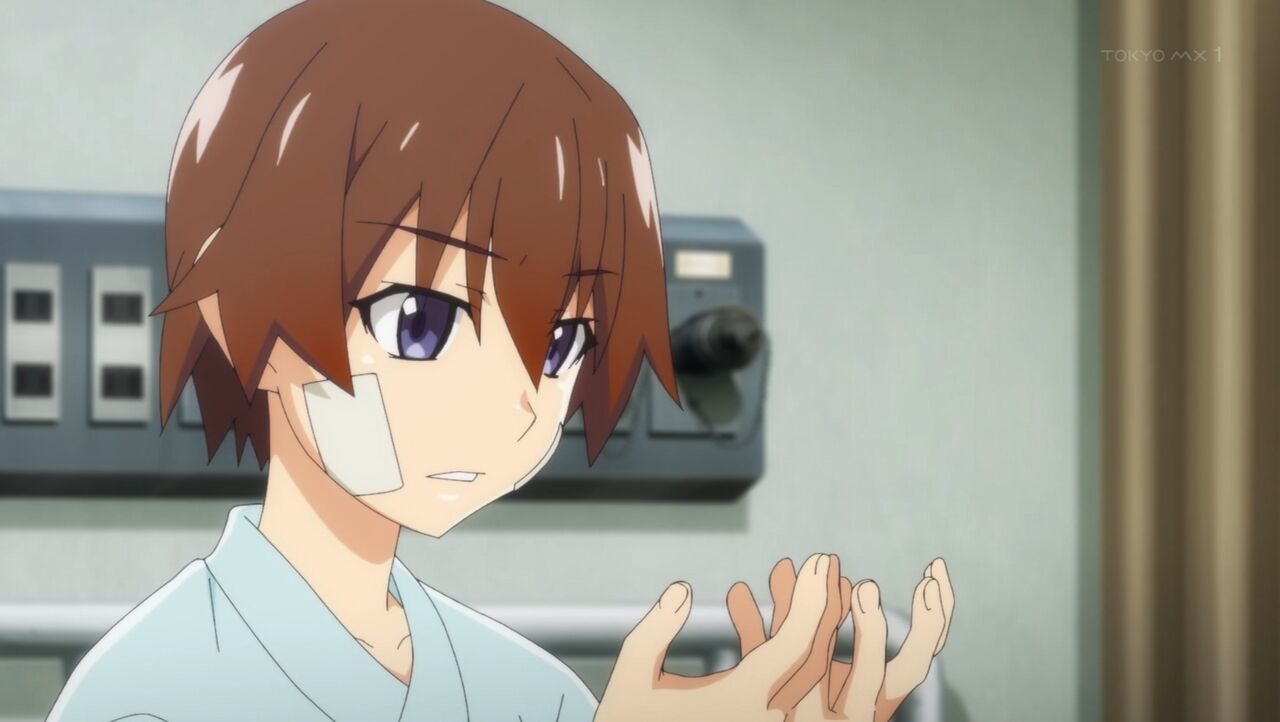 Guess what? Keiichi is still alive.
He is badly injured but manages to stay alive.
He tells Mion, who comes to visit him, that Rena has died, then…… 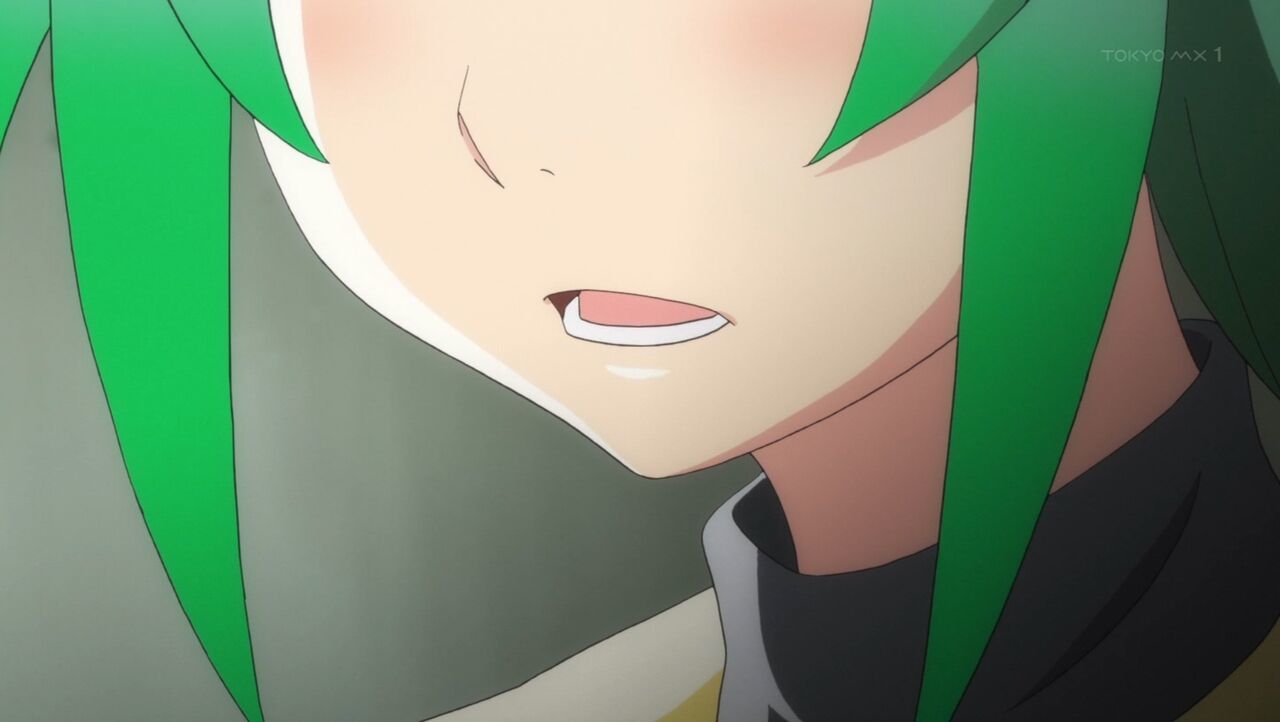 He also tells her that Rika and Satoko got killed by someone.
They both got stabbed with the same knife by their necks repeatedly and died. Nobody knows if they were killed by someone or they committed a suicide but the police is investigating the case for the murder case…… 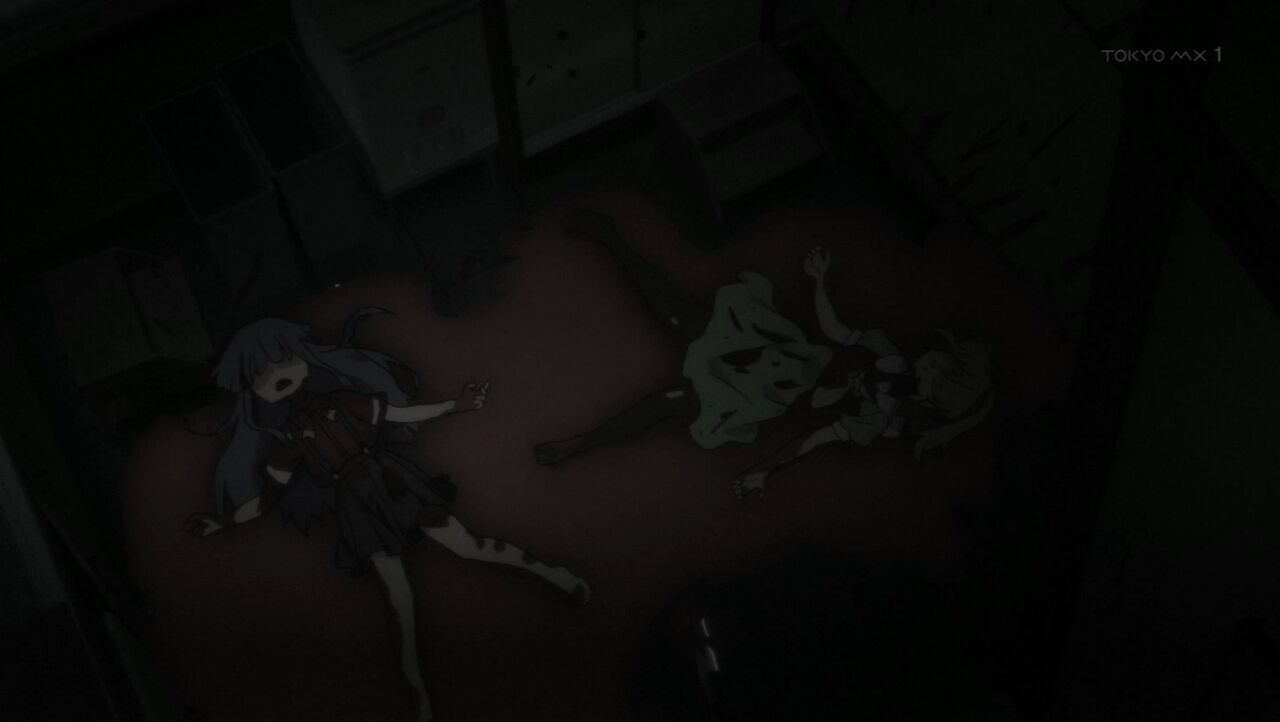 I wonder who killed Rika-chan and Satoko-chan…… I mean, maybe one of them might have……? Anyhow, Rika ended up not having been able to get “June 1983, when nobody would ever get killed” back.

Why is the 2020 version Higurashi going viral this much? 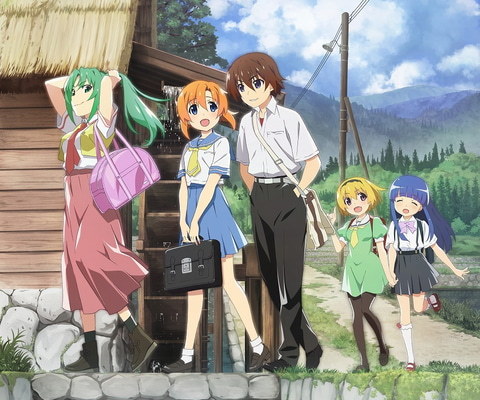 That’s…… because all the fans (old and new) love to investigate and examine “what’s going on” in the world of Higurashi!

It’s not only Rika-Chan, who knows the truth, the mastermind and how to avoid the tragedy, caused by the five-year concecutive murder case. All the viewers and fans also understand this once-concluded Higurashi no naku koro ni (Higurashi When they Cry) fully. And the author, Ryukishi07-Sensei shows the clear answer and ending.
We all have watched over the ending and the truth of this horror and mysterious story, where one girl struggles, to get away from the loop of the death. 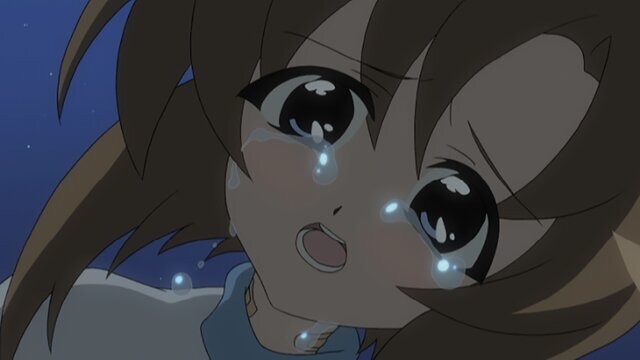 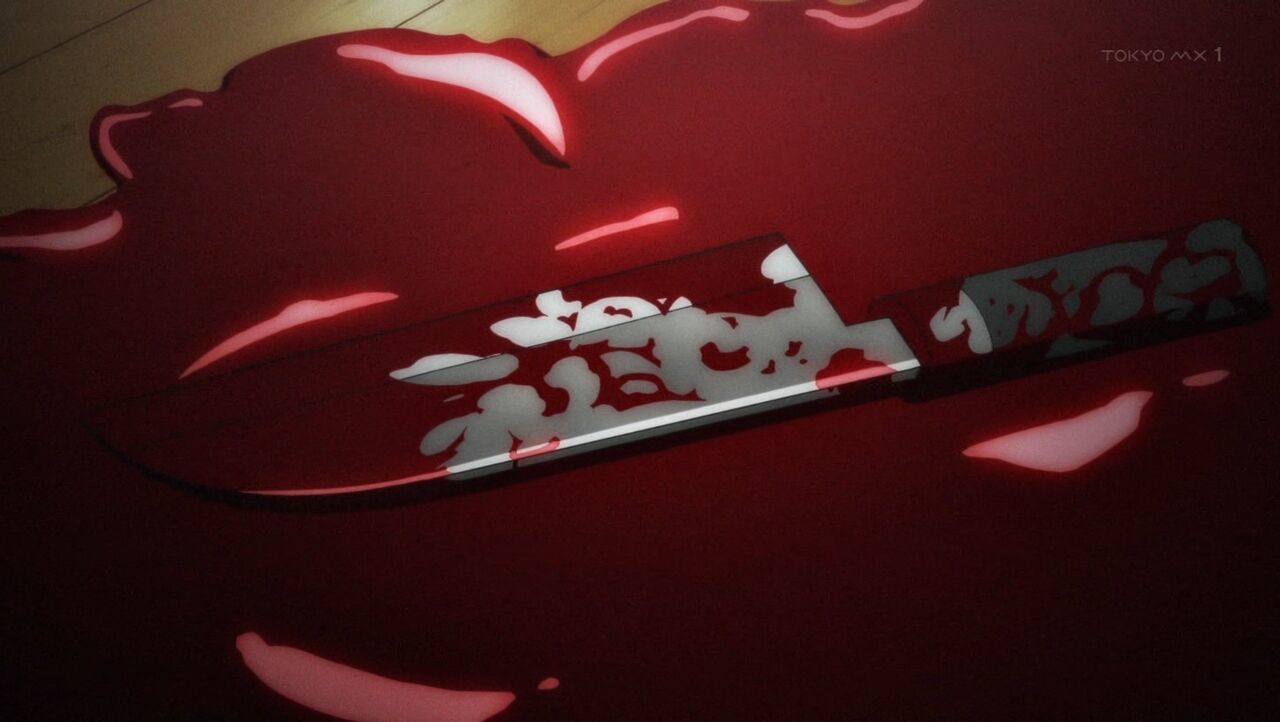 They took the best move but the tragedy occurred again.
“On the contrary,” the tragedy happened by taking the best move. They even see the ending they shouldn’t have had…… This new “Higurashi” is totally different from the one which all the fans already know…… The content is changed…… the mastermind is missing……
But I understand that, though…… Guess what? 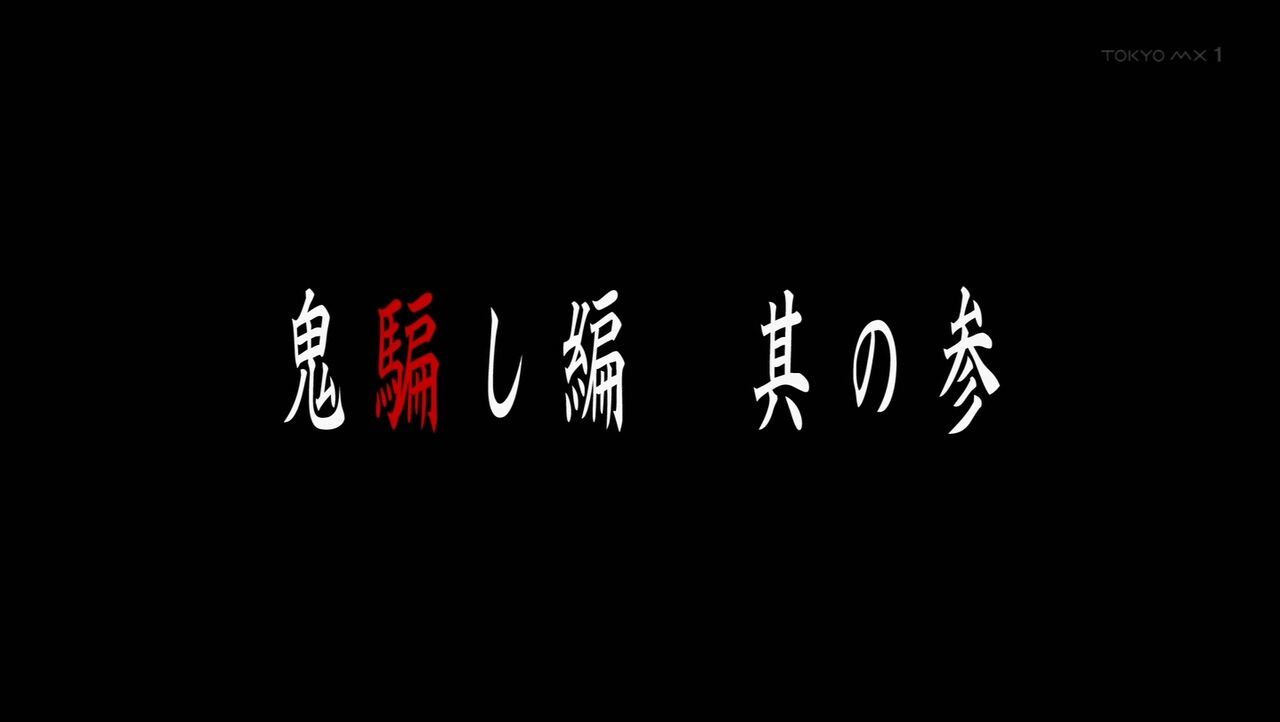 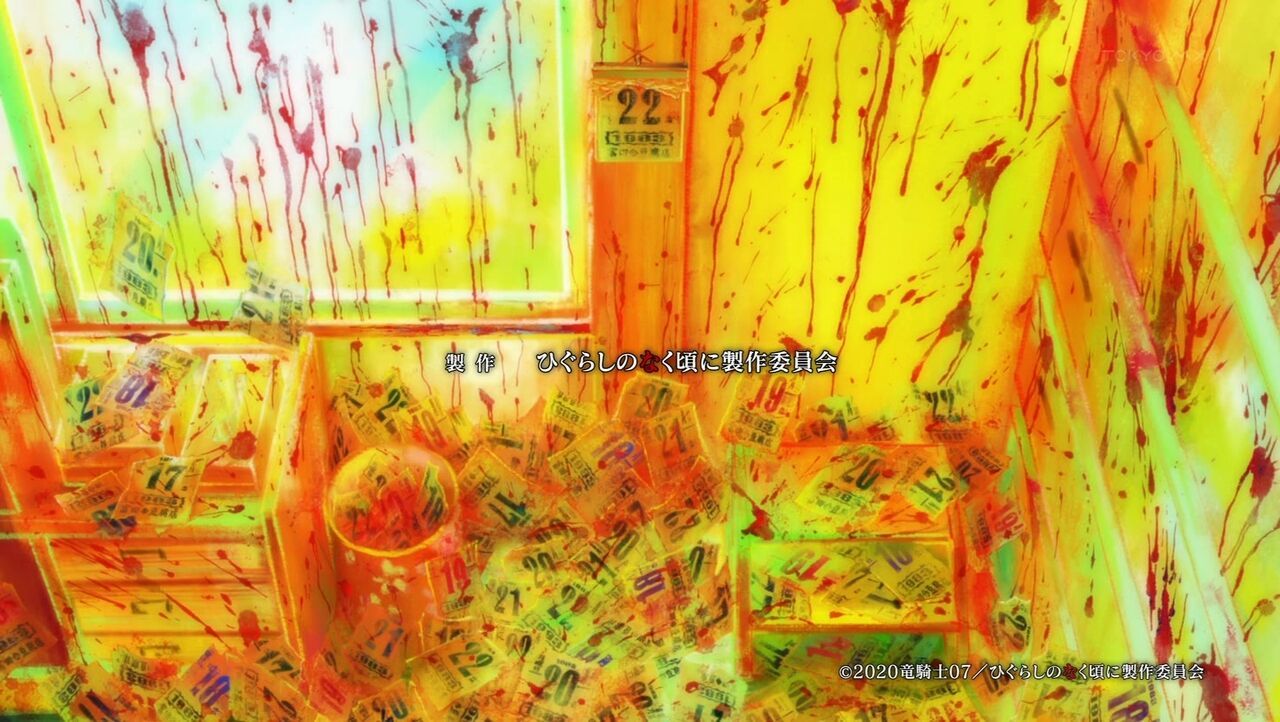 Here comes another tragedy loop, another setting……! And what’s more? It’s the new ending, while we know all the truth shown in the previous series. All the fans (old and new) and those who got deceived have now started to examine.
“What’s going on in the world of Higurashi no naku koro ni (Higurashi When they Cry)?”

So! For those who haven’t watched Higurashi series yet, start watching the 2006 version! For those who have watched that one, try the 2020 version! It’s so fun and I bet you won’t be able to stop reading how everybody examines the cases!!!
Check HERE for the LATEST Anime Goods of Higurashi no naku koro ni (Higurashi When they Cry)!
▸

Oki-doki! This is all for today! I’ll see you guys at the next article!
Bye~!
Higurashi no naku koro ni (Higurashi When they Cry)