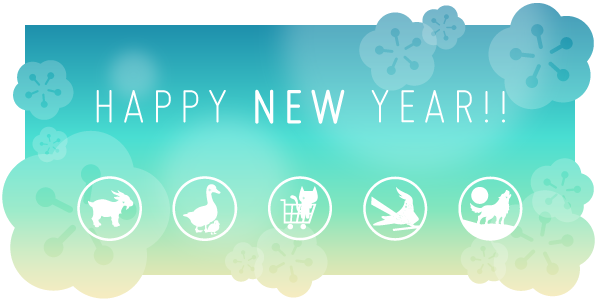 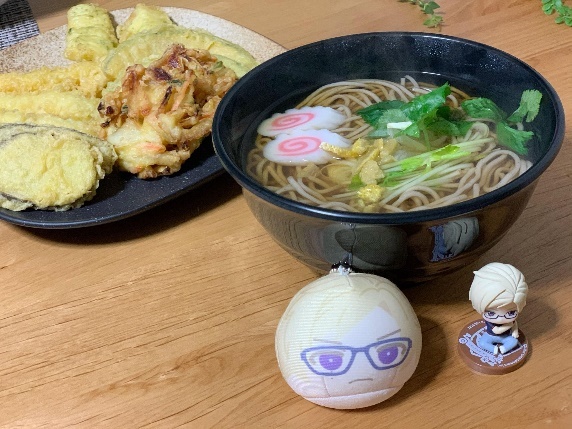 The flavor of the soup is usually simple and we often eat them with some toppings such as tempura, fried vegetables, leek, chicken and fish cake!
I ate it on New Year’s Eve too~! Whenever I eat it, it makes me think that the year is going to end soon~!! It’s simple but a delicious traditional dish! 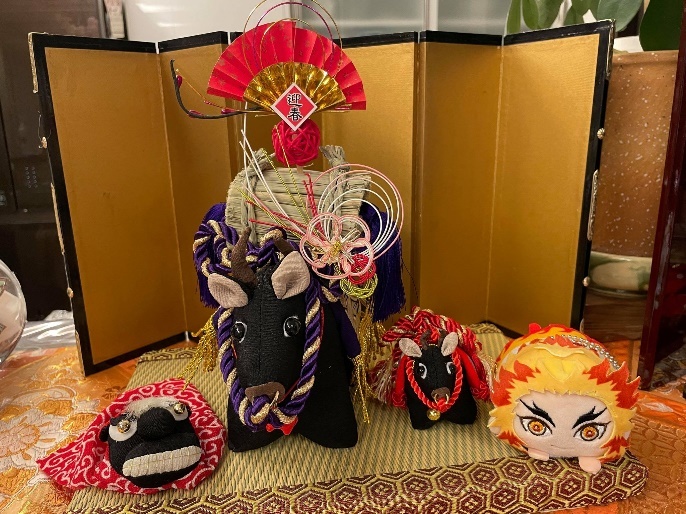 Eto is a cycle of sixty terms, each corresponding to one year, which has originally started in the ancient China.
In Japan, each year has a symbolic animal, which is thought to have good luck as well!

In 2021, the symbolic animal is a “cow,” indicating good luck this year so you can see so many decoration items for New Year with the cow’s illustrations on them! Maybe some of you might have got the New Year’s card that has a cow on from friends in Japan!? Remember! The cow is the lucky animal this year! 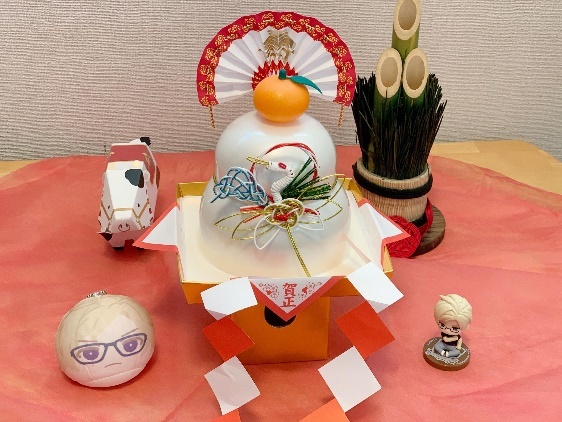 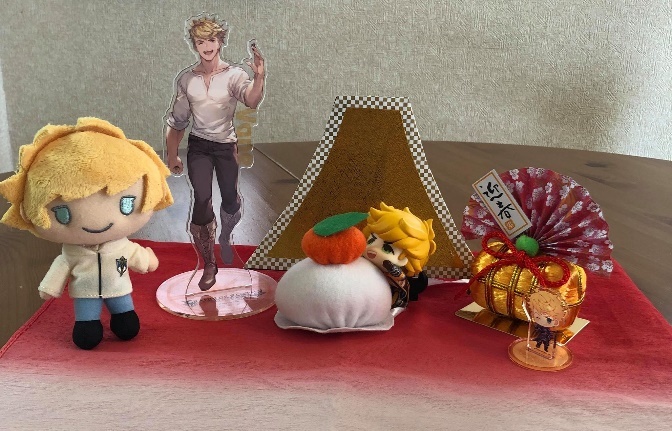 This one is a very famous New Year’s decoration in Japan too!
They are offerings to God on New Year. The name kagami (“mirror”) is said to have originated from its resemblance to an old-fashioned kind of round copper mirror!
We usually decorate them in the room as New Year’s decoration from January 1st to 15th, when we usually welcome God. After that, we break them into pieces with something like the hammer (since they get super hard by then) and eat them! 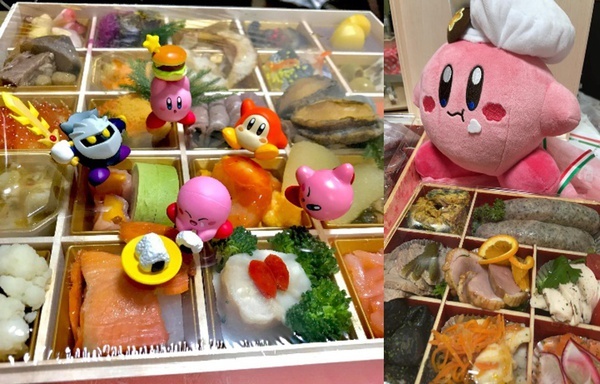 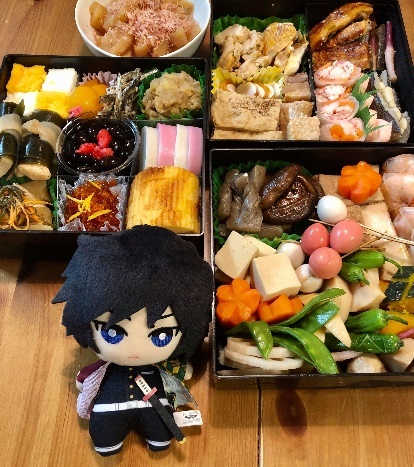 Foods which are considered to have good luck or long shelf-live foods are packed in jūbako, which resemble bentō boxes.
Osechi-ryōri is made by the close of the previous year, as God, who is believed to be in the kitchen or someone who usually cook (usually mothers) don’t have to cook in the New Year, and the family members eat them a little by little during the first three days of the New Year (January 1st to 3rd). 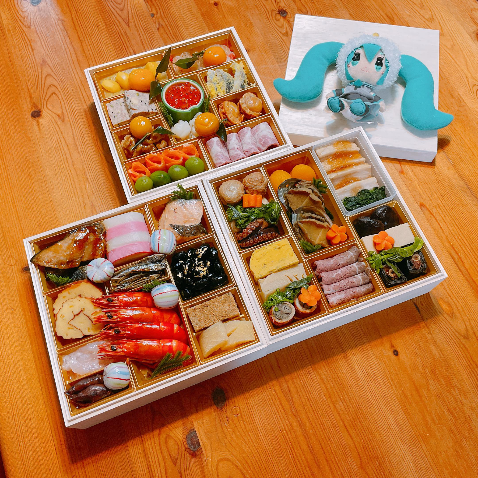 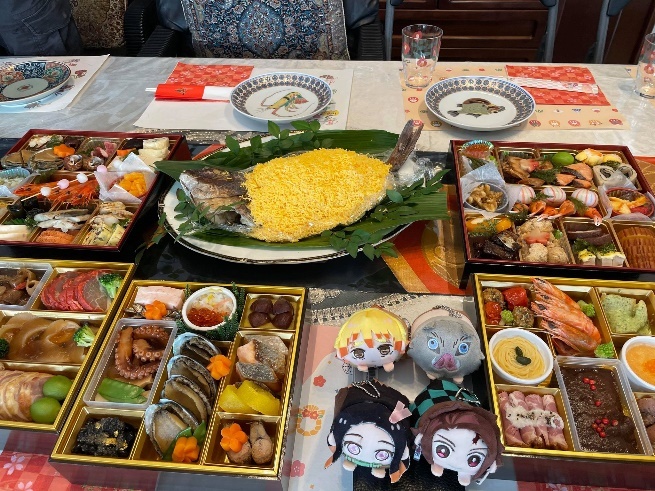 The popular dishes are beans, eggs, meat, cooked fished…… but we sometimes see some unique ones, which are each local’s specialties too! It’s one of the most gorgeous New Year meals!

Some people just order them from the restaurant but most of the time, mothers in each household make them at the end of the year, which is better because we can always eat our favorites! So Osechi-ryōri vary depending on each household!
Here are the pictures that Goods Republic’s members sent to me! Everything is unique to each household, huh~!! Looks delicious!! 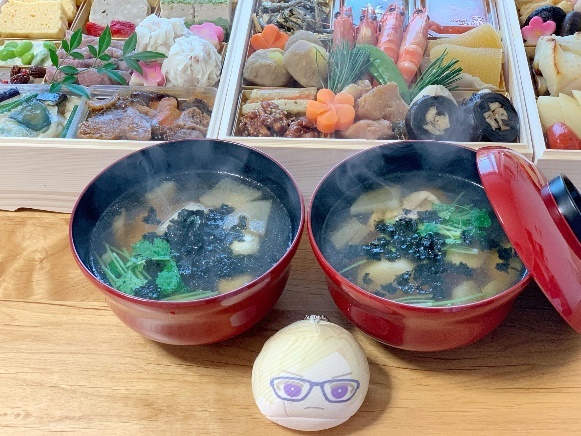 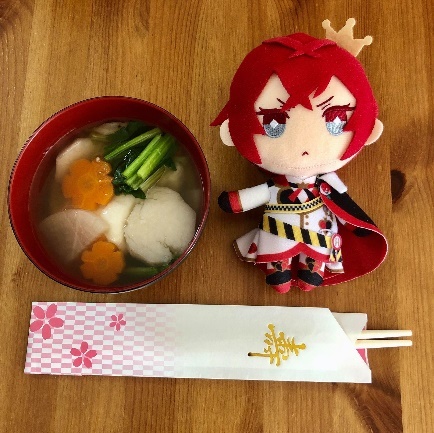 This one, as well, is one of the traditional New Year foods, using mochi (rice cake)!
We put mochi, which is made at each household, celebrating New Year or kagami mochi for New Year decoration, into soup, making it soft. It’s so tasty and we usually eat it with Osechi-ryōri after New Year! 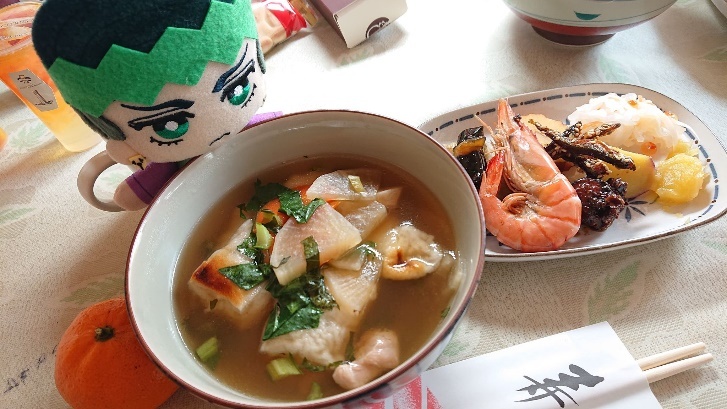 The flavor of the soup differs depending on where we live, such as miso or soy sauce or even fish stock! This dish tastes differently in each household too! It’s definitely delicious and comfort food……! 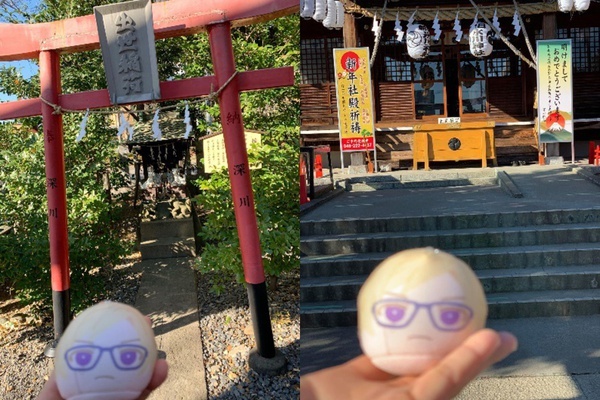 And this one is the traditional event during New Year!
It’s “the first Buddhist temple or Shinto shrine visit of the Japanese New Year,” greeting God for New Year!
We usually go to the one near our houses and “appreciate the previous year being able to live safely and wish for New Year will be made.”

Every year, so many people visit shrines that it gets super crowded. So especially this year, some people seem to have visited on a New Year’s Eve or 2nd or 3rd of January, instead of 1st (so people won’t get packed)! (Actually, my family did that too this year!) 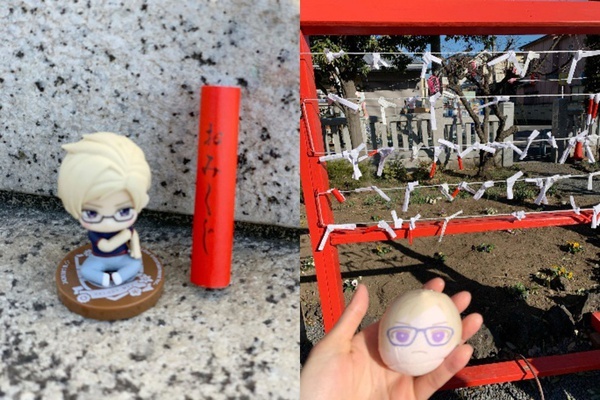 And! In the shrine, it’s common for us to buy a written oracle called “omikuji”……! Hatsumōde is full of events that are divine and also exciting! So for those who are planning to spend Japanese New Year in the future, give it a try and try omikuji too!

How did you like our very first article this year? We, Goods Republic members, had a blast during New Year too! I noticed our Osechi-ryōri were more gorgeous than usual maybe because we had to stay home longer this year……! Everything was yummy!

So you guys! Please stay tuned at Goods Republic in 2021 too! As you see all the pictures shared in this article, we, Goods Republic’s members, were able to spend this New Year happily with such delicious food! So now! We’ll try hard, giving all these power to you guys around the world~!
Check HERE for Latest Anime Goods in January!
New Arrivals Jan 2021!!

Oki-doki! This is all for today! I’ll see you guys at the next article!
Bye~!!