※Please note that this article contains some spoilers of rough outline of Season 1 and Episode 1 of Season 2.

Hi guys! Have you been watching Winter 2021 Anime~? They started to air a little late but now Episode 1 of various shows have come out!
Quite a lot of Sequels to check?
Check out a List of Winter 2021 Anime!

So today, among all the winter 2021 Anime, which have already started to air, I picked one and will feature its Episode 1! The title is THIS!

【BEASTARS】
Check Out Feedback of Episode 1, Season 2!
Any Big Update? The Next Incident, Coming Up……? 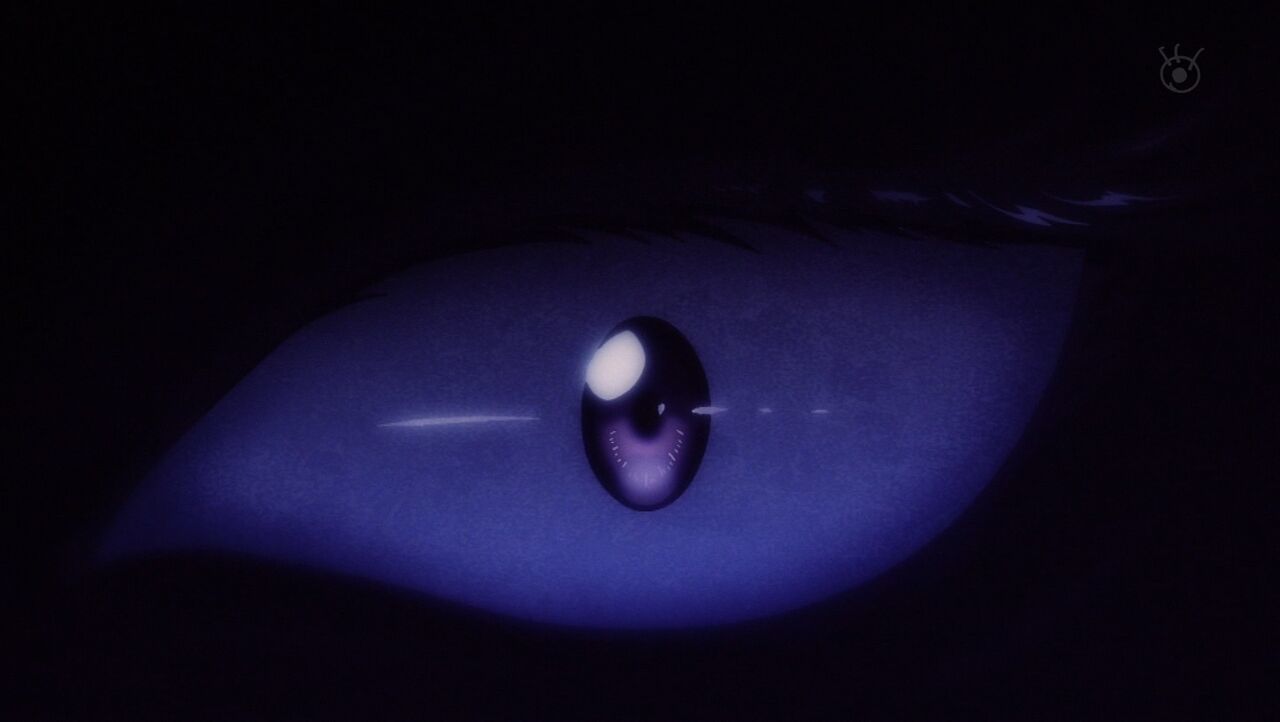 So this series starts off from Episode 1 of Season 2 in January but it’s actually classifies as Episode 13, which means that episode didn’t show us much review of Season 1 (meaning they didn’t rearrange the episode for the review)! So today, let’s do a little review of Season 1 together! 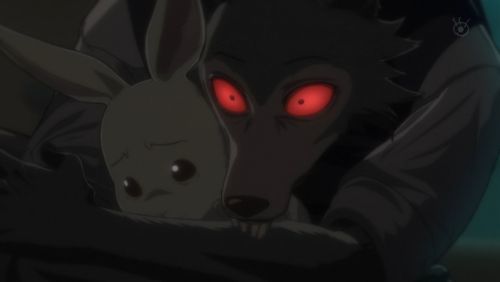 The main protagonist, Legoshi (a large gray wolf), goes to a school called Cherryton High School. In this world, carnivores and herbivores co-exist, just like humans do in the modern world.
One day, “Murder Incident Solution” occurs at Cherryton High School. “Murder Incident Solution” is the incident, where carnivores eat herbivores. It’s thought to be a felony especially in this world and everybody at school gets agitated from the incident.
Even worse, the victim is the alpaca, who belongs to one of the popular clubs at school; the drama club, where both the carnivorous and the herbivorous really get along. The wolf, Legoshi, was close to now-dead alpaca student, so he has wanted to know who murdered him. 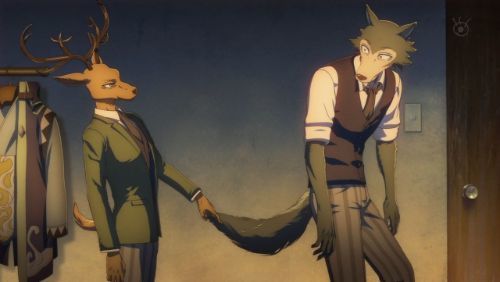 The wolf Legoshi meets various characters through activities in the drama club.
Among them, Louis (a deer) is senior to him and the leader of the drama club. He’s known as charisma at school too. Juno is a wolf just like him, always trying to get over bias that everybody has towards the carnivorous like him by behaving himself cheerfully.
And Haru is always struggling with loneliness and powerless though he has a bright and frank personality. 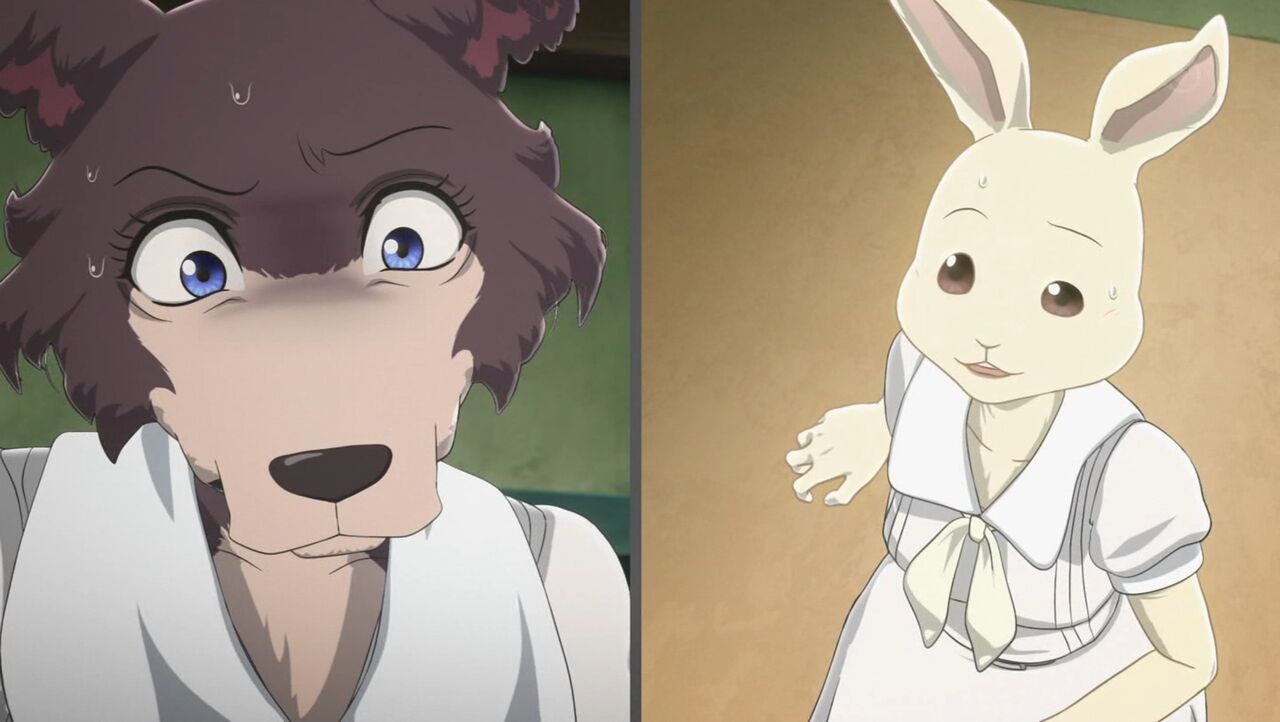 The relationship of these four characters will make drama, ending up causing a crucial tragedy.

They all were supposed to be equal, however, it was a fake, only on the surface. 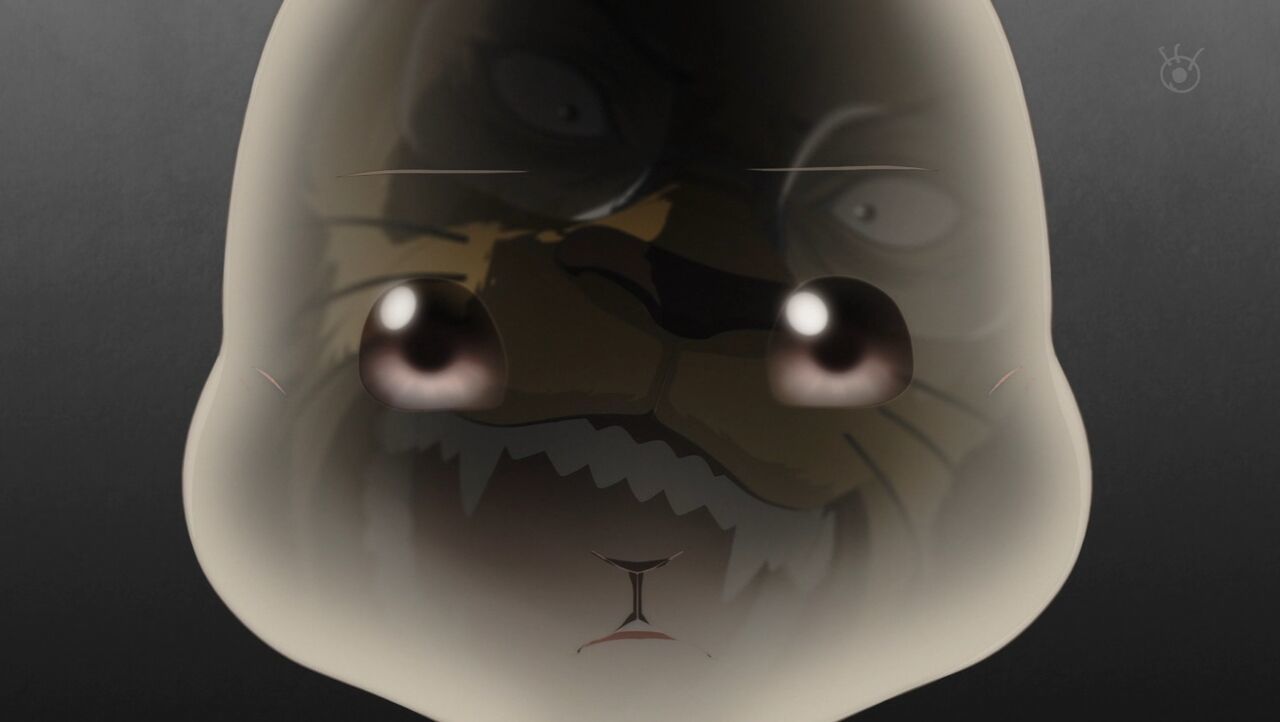 One day, Haru is kidnapped by someone.
Legoshi finds out a card on the site, noticing that it’s a hint that is left by the kidnapper.
However, the card actually indicates a “warning.” It’s the organization, organized only by the “carnivorous,” terrifying not only the community but also the underground community.
The “Murder Incident Solution” is their main business and any herbivorous that have been kidnapped never came back. Even the police avoid being involved with them, giving up on saving Haru right away. 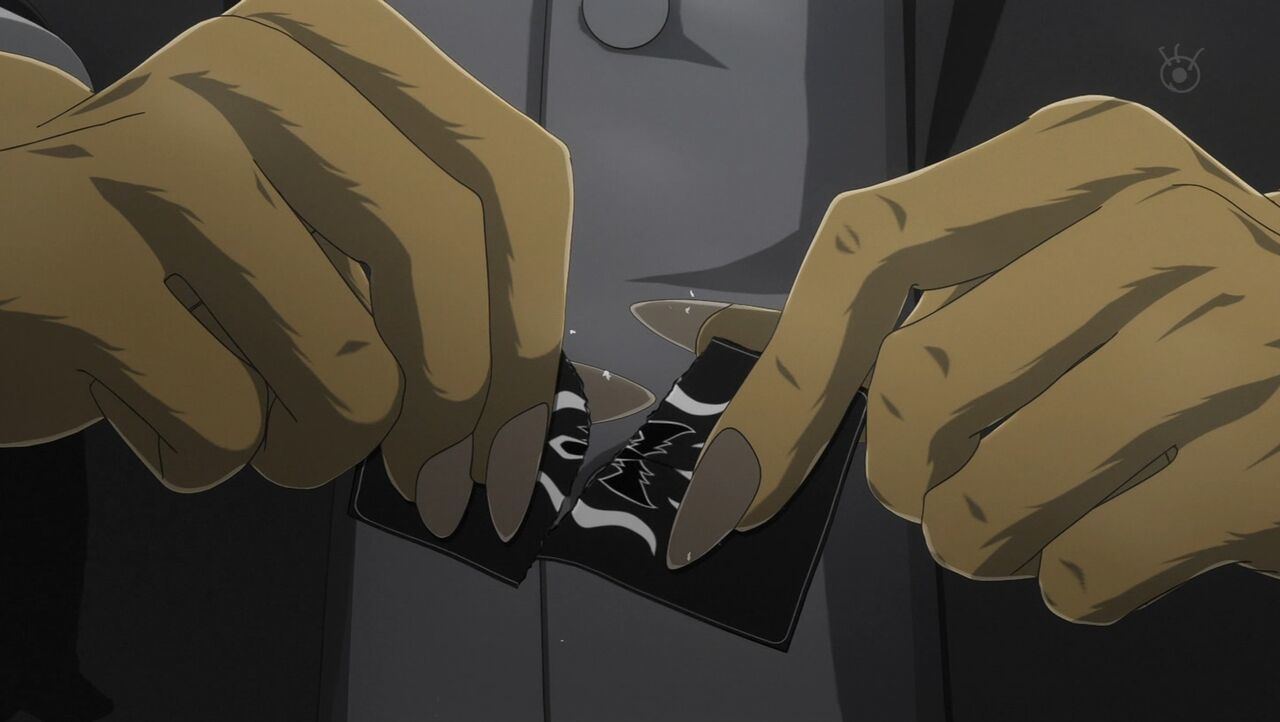 Louis asks the police for a help save Haru, who is his girlfriend.
However, the police give him a condition, where they will smother up “what happened to Louis before” if he overlooks the fact that the police will not save her. Louis ends up accepting the condition.
However, Legoshi has made his decision to go save Haru, not caring about however other people would think of him. These two decisions by each one largely affect the fate after this. 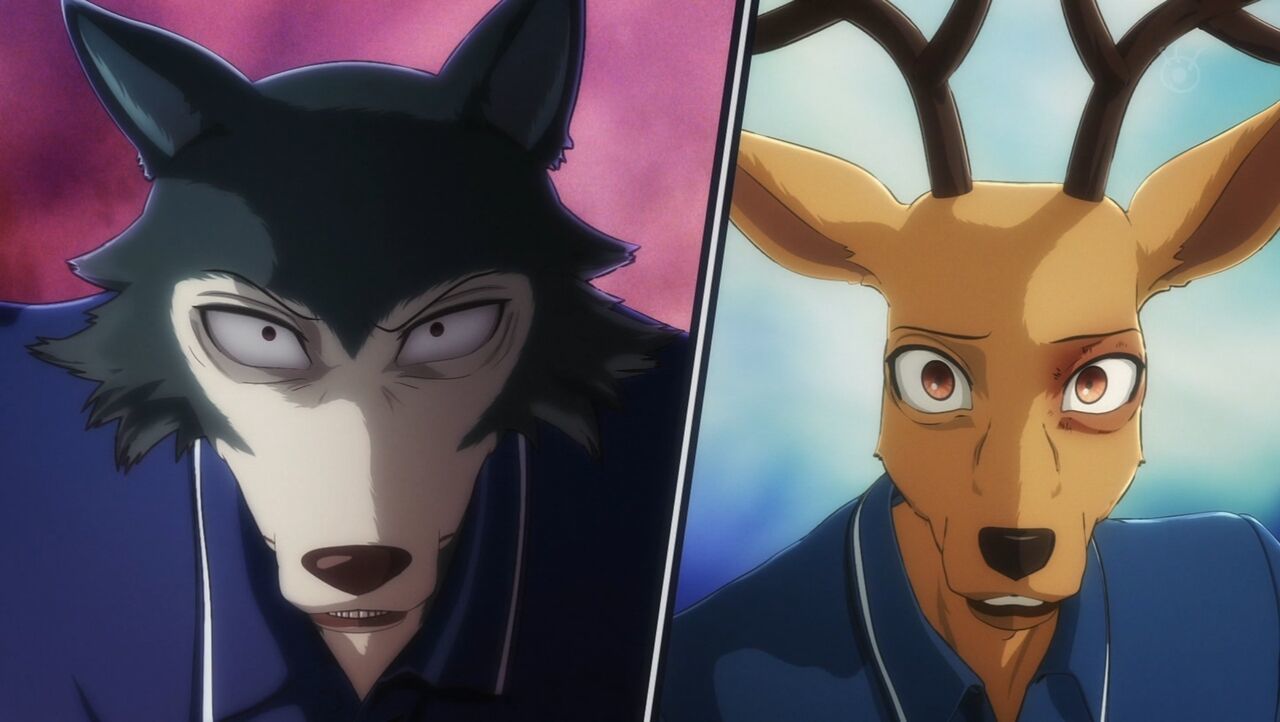 Haru-Chan ends up being saved and she comes back to school with Legoshi. In Season 1, the culprit of the murder case, which happened at the beginning, remained unknown, however, in Episode 12, the worldview and the relationship of these four main characters were changed significantly.

I expressed that they were just like human-beings but…… this series showed us a unique worldview, where both the carnivorous and herbivorous struggled with their own positions or instincts. There were so many scenes, which made us sad but I was actually moved by them trying to understand with each other, getting over each tribe’s struggles…… 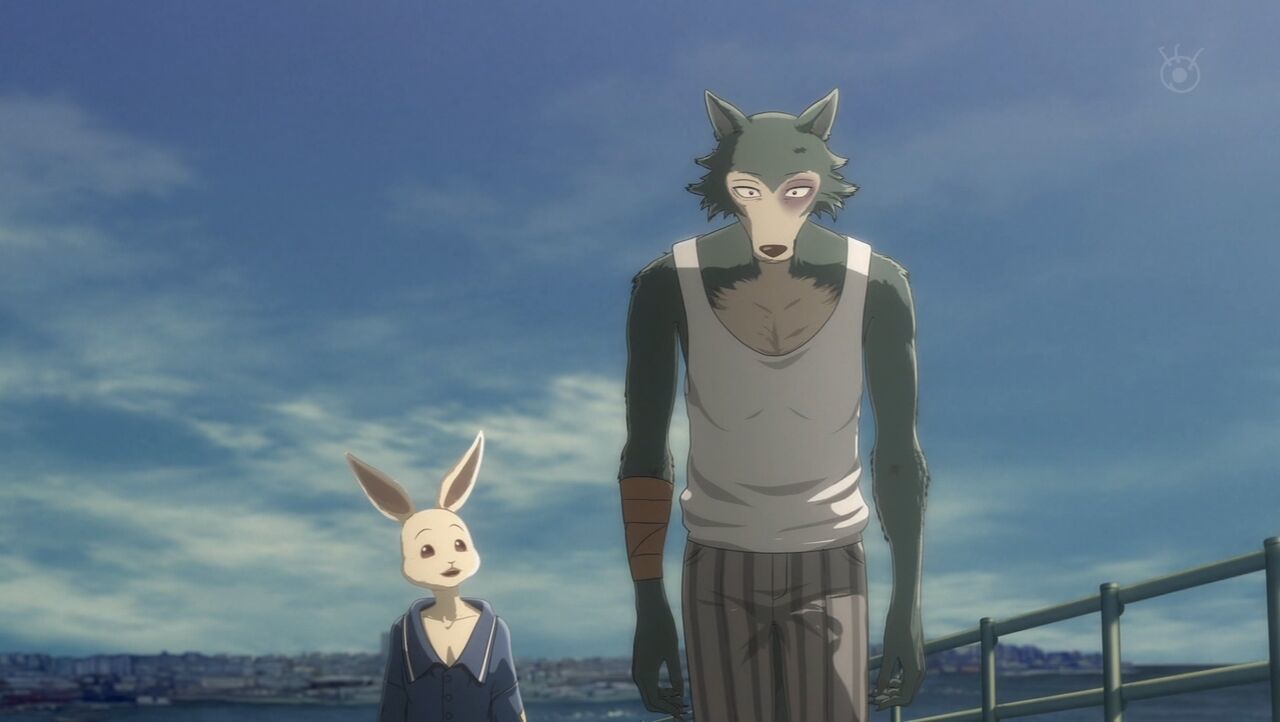 Alright now, what happened in Episode 13? Let’s check it out too! (I will now omit honorific titles because the content is commentary!)

The ghost of the student who “was murdered”? A mysterious witness is spreading out at school…… 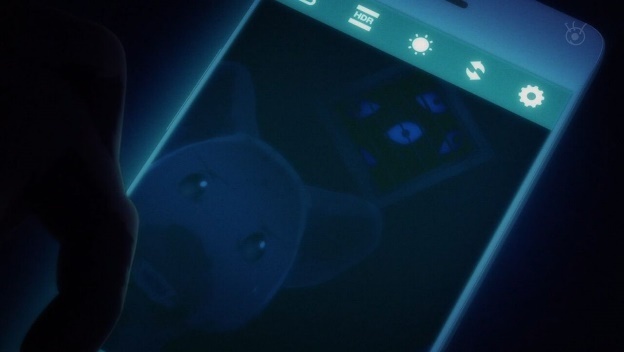 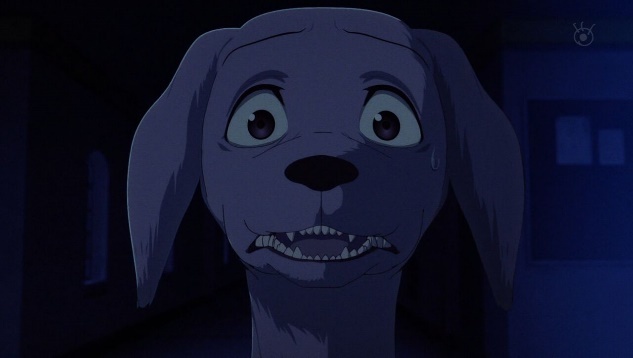 It’s been a half year since Episode 1 “Murder Incident Solution” occurred.
At school, another incident, where “the monster with six eyes” was witnessed occurred. The students start to believe that that’s the ghost of a now-dead alpaca, who resents the fact that the murder case hasn’t been solved yet……
(Sorry it’s not related with the current subject but in this scene, I thought Legoshi’s nails were so long that he seemed to be having a hard time using his smartphone.) 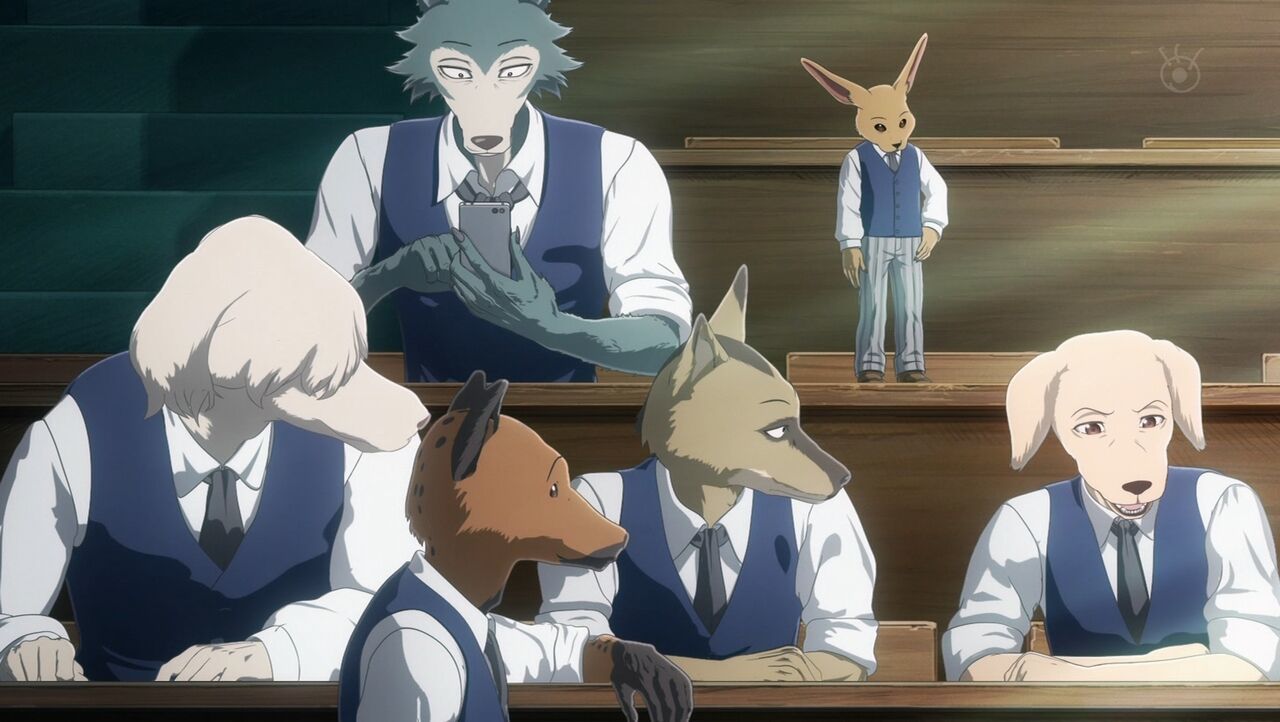 Legoshi and Haru are getting closer to each other…… But the relationship is……? 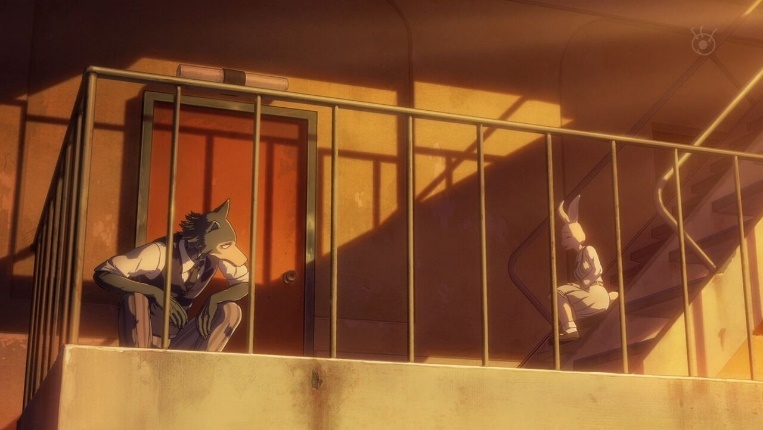 Legoshi and Haru are now meeting secretly more often since the kidnap case occurred.
Legoshi actually has a crush on Haru, knowing that Haru and Louis are going out. Legoshi is literally having a hard time but Haru dodges his feeling vaguely, saying that she cannot express her feeling by words well but she thinks they are good for now. Haru surely appreciates what Legoshi has done for her and they actually have a bittersweet relationship but…… Their relationship doesn’t seem to go any further because of their personalities. What a complex and a little frustrating relationship……! 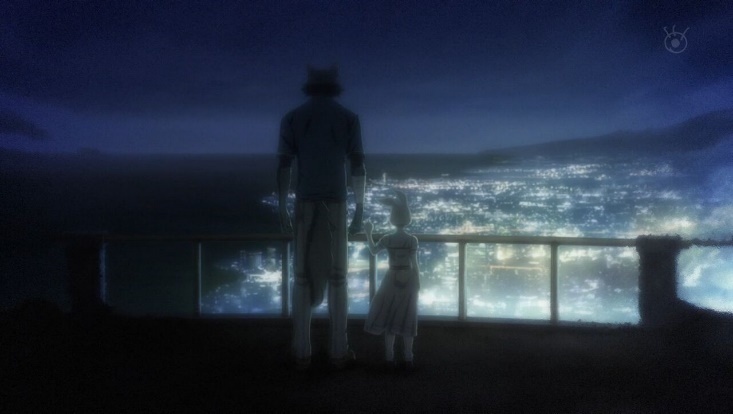 Louis, who’s been missing, shows up to leave the drama club. 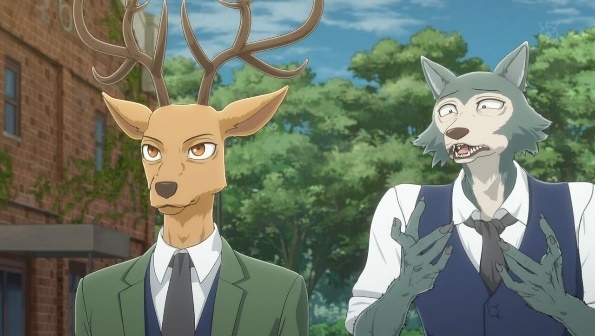 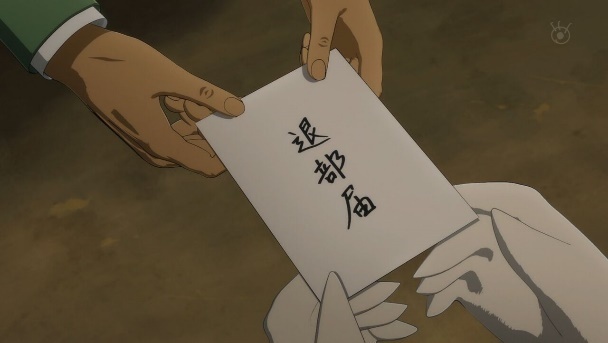 Louis has been missing since Haru was kidnapped. When he finally shows up at school, he says he wants to leave the drama club even though he’s been the leader of the club……! 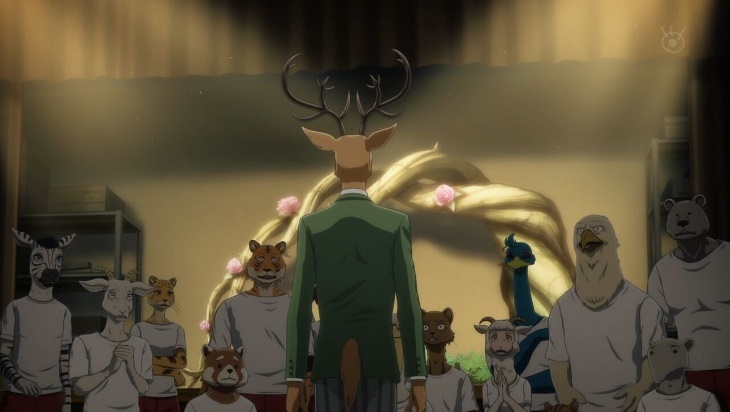 Louis says, looking back on the spotlight that he used to be in.
It’s been a long time…… I was standing on the stage in such a cheesy spotlight, huh?
I know all the audience was expecting that I would lose out, while being fascinated by me. I clearly remember that scene.

……I was thinking, watching this scene that Louis would never be back. Sad but no hesitation…… and also calm……
And he says to Legoshi when he leaves there. Our positions and outcomes have now turned back. Keep struggling in the dim light, I’ll keep fighting in my way. 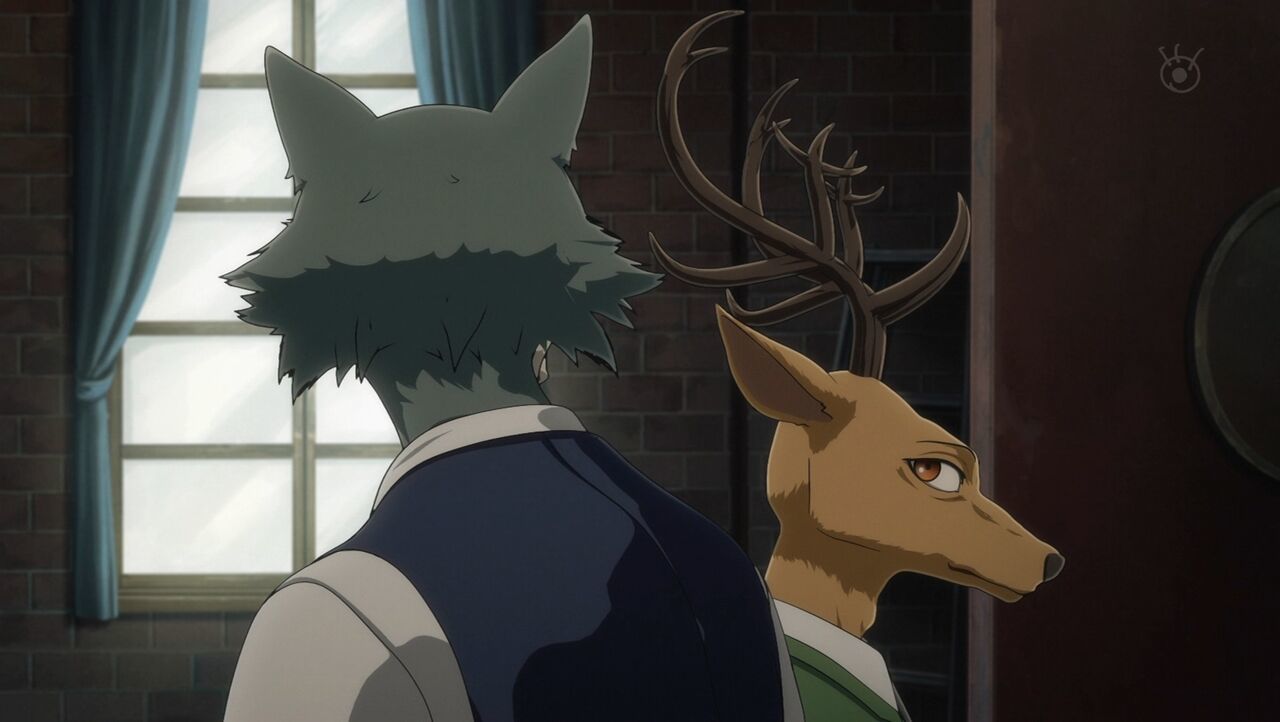 (By the way, what Louis was doing when Haru was kidnapped, is shown in Episode 11. He was actually doing quite a dangerous thing for…… Haru…… What did he find out there……?) 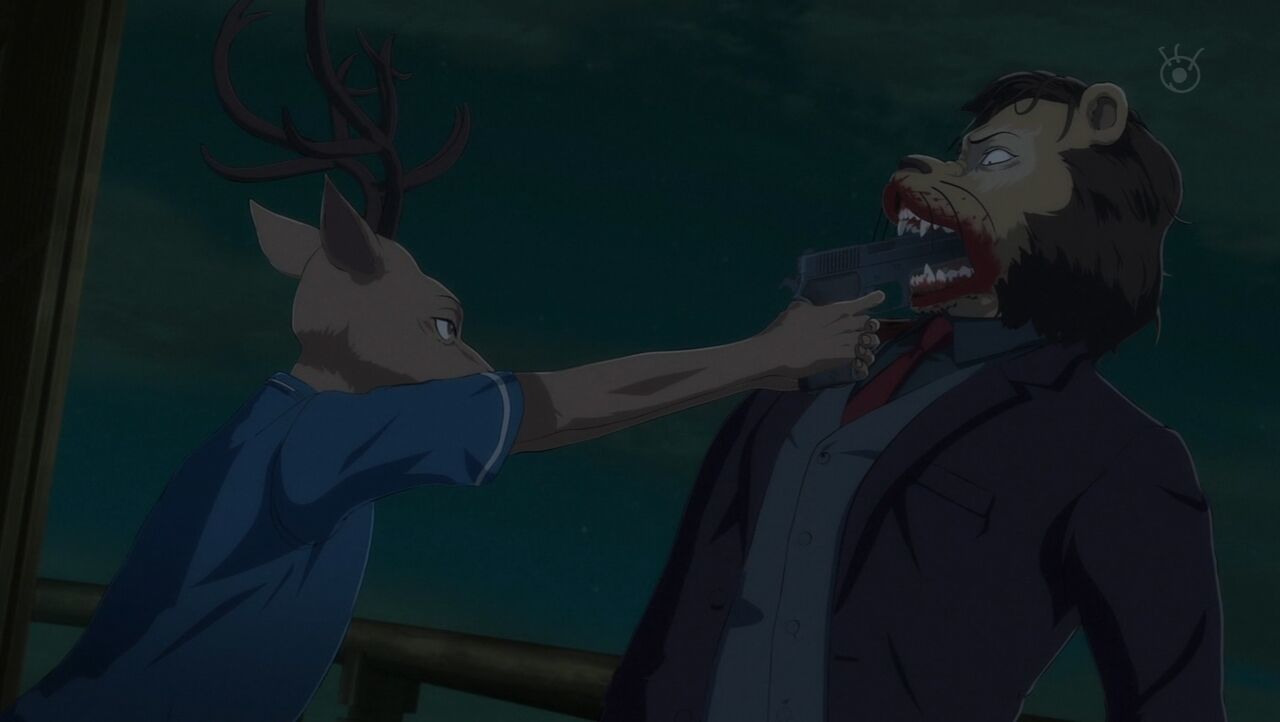 Legoshi is getting closer to “the monster with six eyes.” What is its identity……? 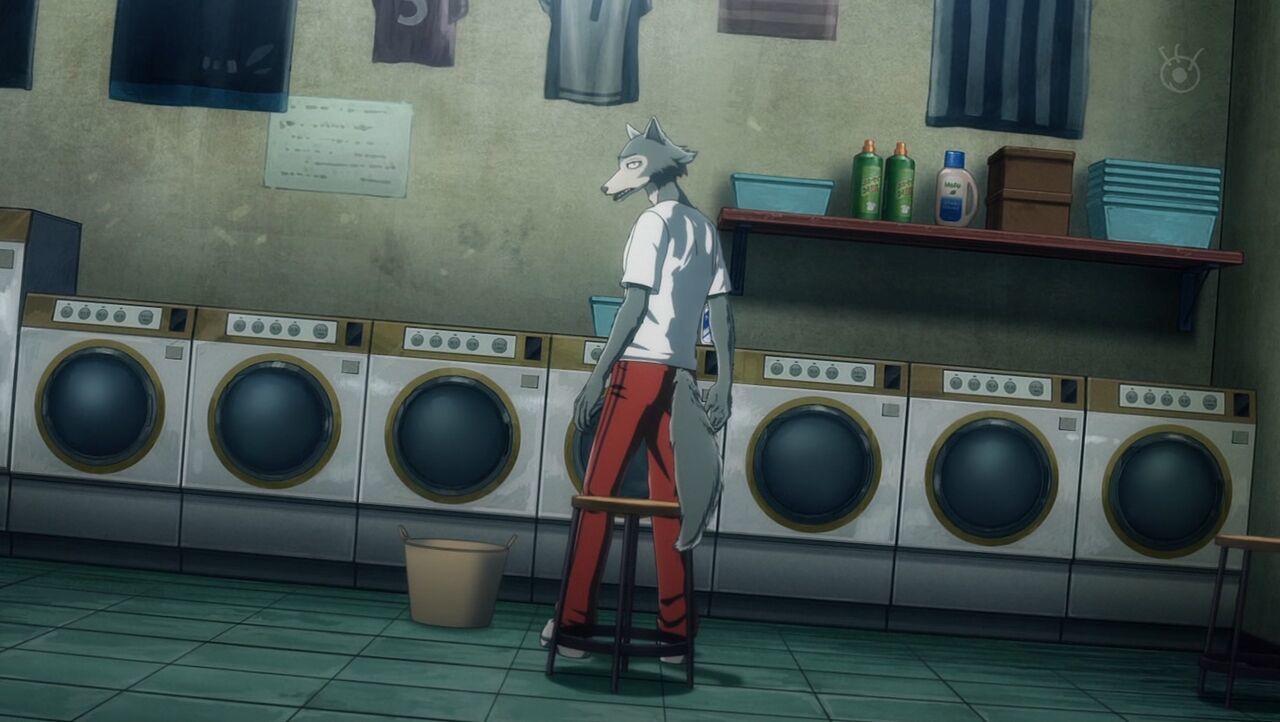 Legoshi realizes that the rumor about “the monster with six eyes” is spreading out at school. At the same time, he also notices that he often hears a mysterious voice (sounding like hissing). 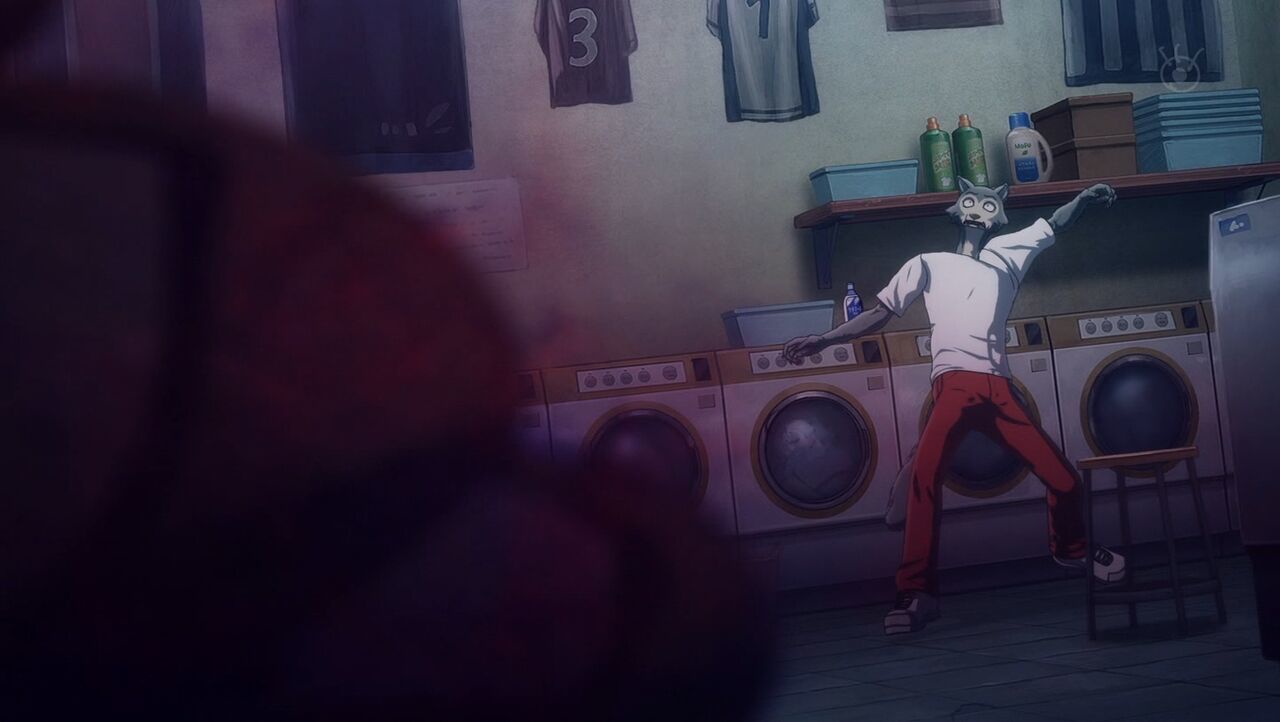 Only him, no other roommates in the room, can hear.
It could be some kind of message to him? Thinking so, Legoshi goes to the boiler room and talks to the monster, not expecting to have the response back.
However, he actually gets a response.
What is showing up in front of him……!?

It was a rough outline of Episode 1 of Season 2! …… Lots have changed, huh? Watching the episode, I often thought that “something has moved on,” feeling worried and uneasy in each scene. I don’t even know why I wasn’t able to feel any good impressions from each scene.

Maybe because everything is linked to the “Murder Incident Solution” in Episode 1, which was again focused on? It might have given us a mysterious impression…… The original comics have already concluded so maybe we’ll see who the culprit of the murder incident was in Season 2……?

Who is the culprit!? What decisions will all the characters, who have been struggling with society and instincts, make……? Check it out after Episode 2 too!
Check HERE for BEASTARS’ Anime Goods Too! 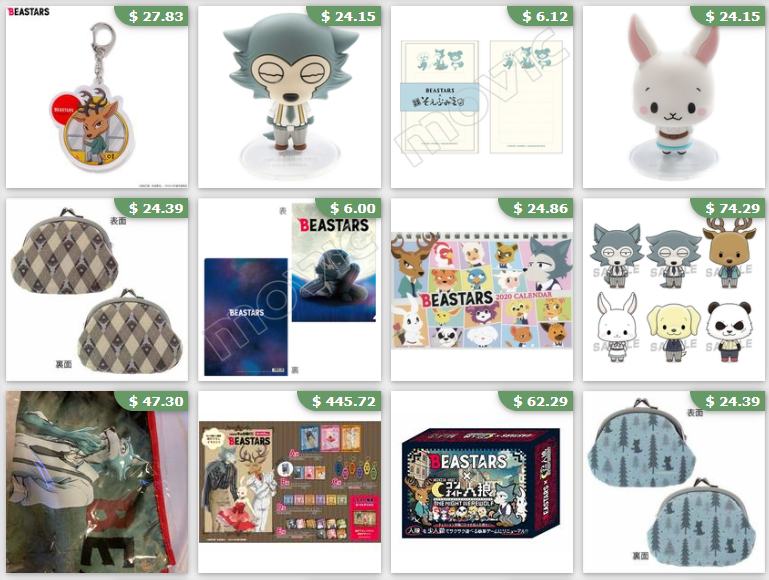 Oki-doki! This is all for today! I’ll see you guys at the next article! Bye~!
BEASTARS