Hi guys! I haven’t experienced camping solo, I mean, even camping with someone else before, either. It’s Mafuyu from Goods Republic! I don’t think many kids in Japan experience camping at their elementary or junior high school days in Japan……

But guess what? I’m interested in camping solo recently! I mean, it’s gradually becoming popular here in Japan! There’s one anime & manga series, which is influencing us, sharing how fun camping is! I bet many of you already know it. It’s…… THIS!

【Yuru Camp】
The Secret of Popularity Is How “Laid-Back” They Are!
This Anime Shows You the Best Part about Camping! Featuring Yuru Camp! 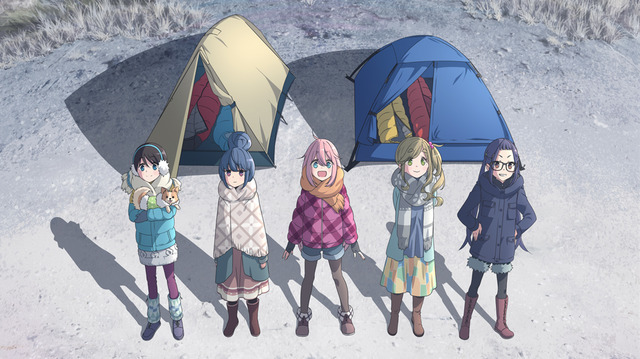 So today, I’ll feature Yuru Camp so both those who don’t know this series and those who already know and have been watching its Season 2, now on air, can realize how attractive Yuru Camp is! 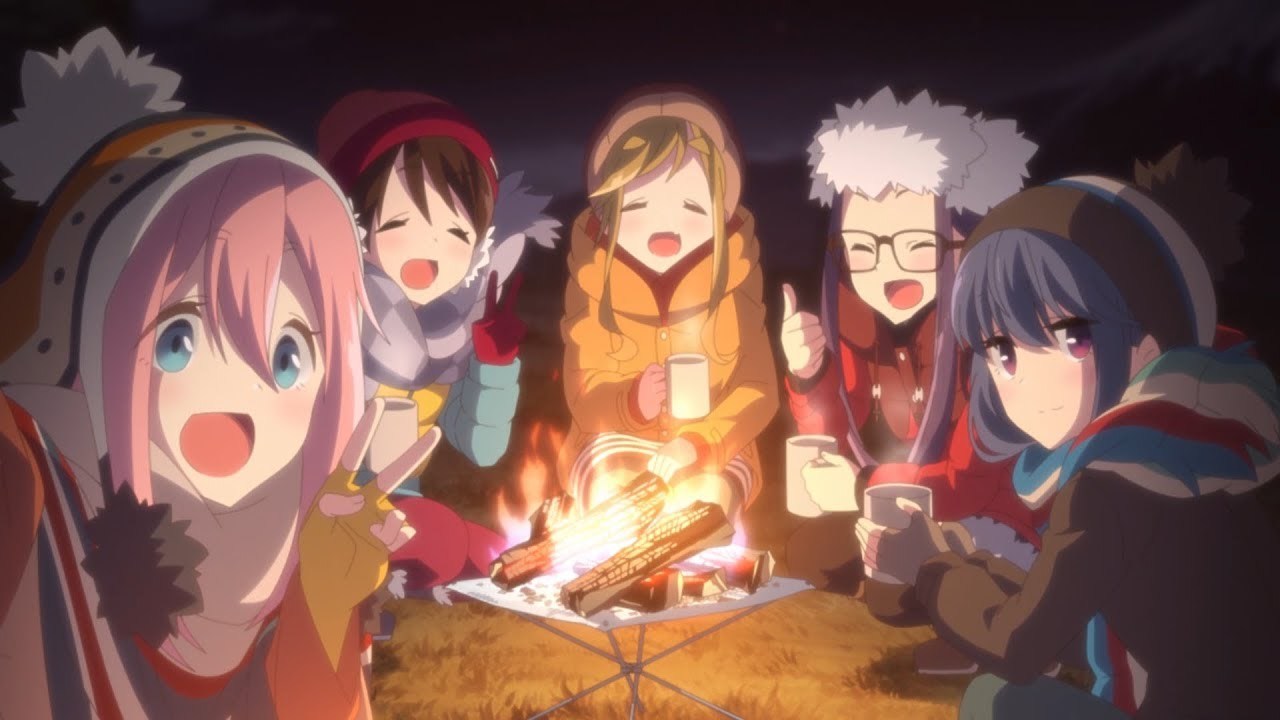 What Is Yuru Camp In the First Place? 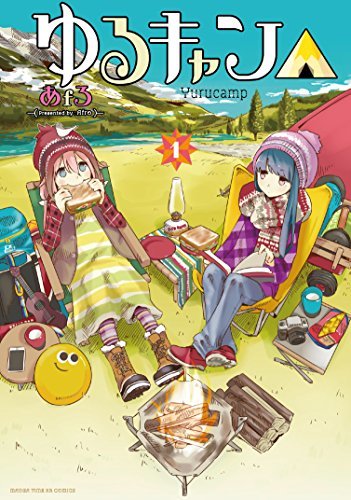 Yuru Camp（ゆるキャン△） is a Japanese camping and traveling manga series written and illustrated by Afuro-Sensei, serialized since 2015. As for the comics, 11 volumes have been released. Over 4.5 million copies have been sold. An anime television series adaptation first aired in Japan in 2018, and its Season 2 has currently been airing since January 2021.

The title, Yuru Camp (ゆるキャン△), originates from the words ‘Yurui=laid-back’, ‘kyanpu=camp’ and the sign for the camp, ‘△’(It’s not the official definition, though)! It says we don’t need to pronounce the part ‘△’ so we usually call it ‘Yuru Cam’ in a friendly way in Japan! 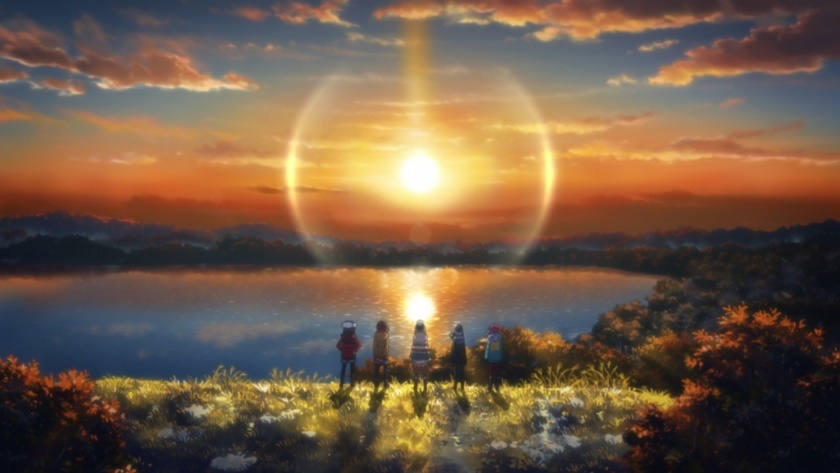 Camping means a little journey, where we forget daily life and enjoy nature!
Yuru Camp is full of such enjoyment with beauty of the sunset, quiet night, sound of campfire and tweeting by the wild insects or birds…… While watching it at home, we are able to enjoy it as if we were with all the characters in the journey! We can see how they enjoy camping both in winter and summer too! 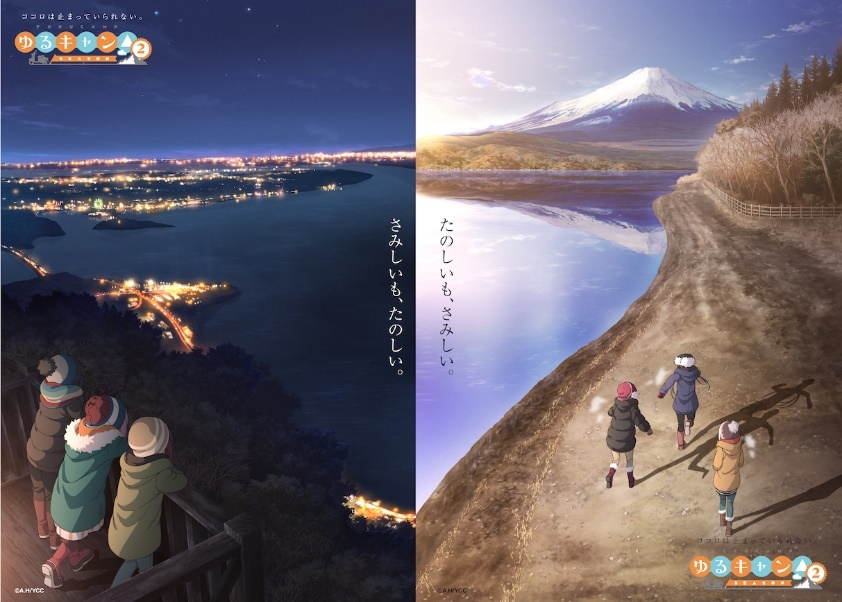 The BEST Part about Yuru Camp! Part 2
Delicious Food They Eat OUTSIDE! 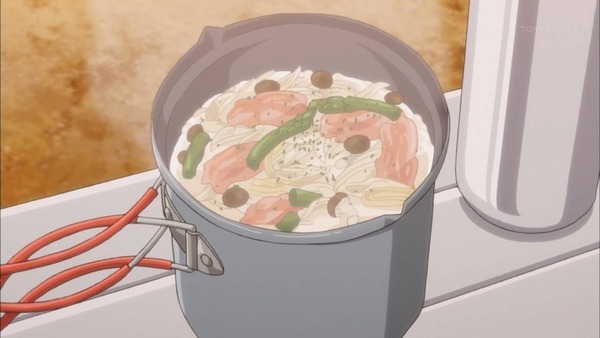 You must not watch Yuru Camp in the middle of the night…… Why? All the food shown in this anime look so delicious and they always make us hungry! 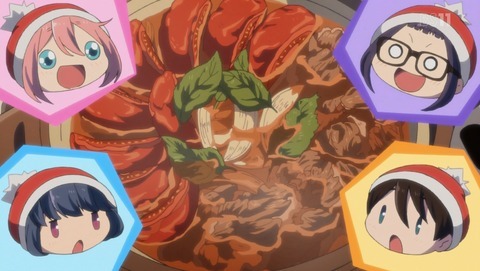 Let’s see what they’ve cooked so far…… Asparagus and bacon’s soup pasta, Healthy tomatoes’ sukiyaki (pot), Grilled marshmallows, Borscht-style soup, Hot buttered rum for adults……!
Every time they make food, I drool……! They all look so delicious!!! “Awwww~~~~~ I want to go camping too~~~~~!!!” You will definitely say that if you actually see those food! Not only do they look delicious but they also are so easy to make! 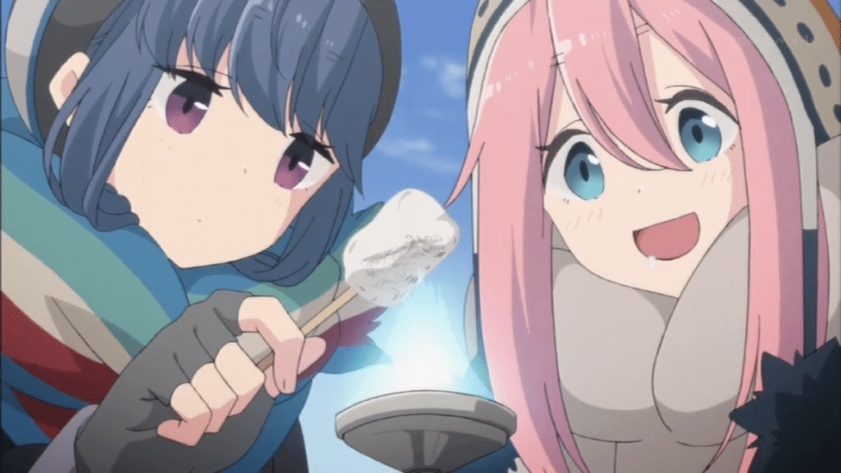 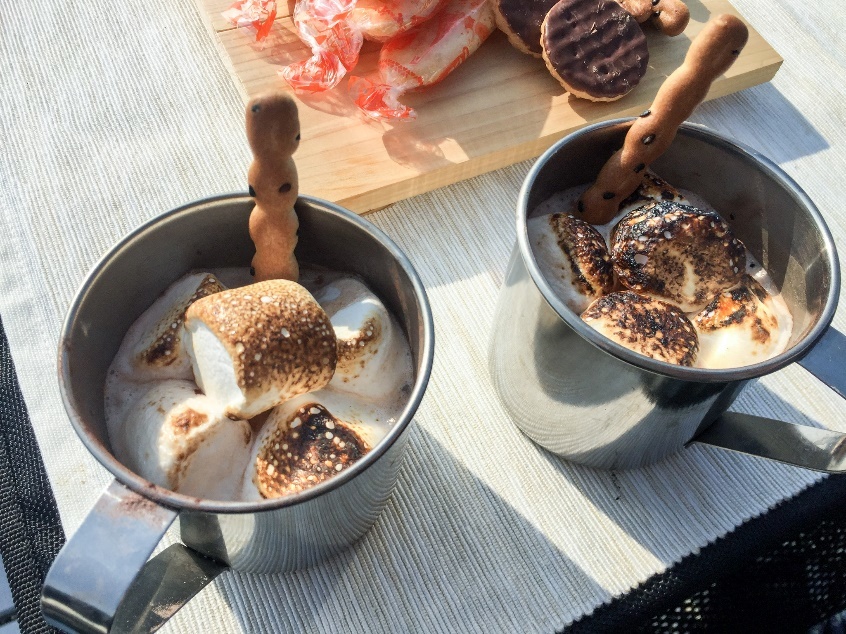 The BEST Part about Yuru Camp! Part 3
Such Heartwarming Characters! It’s So Relaxing to Watch Them! 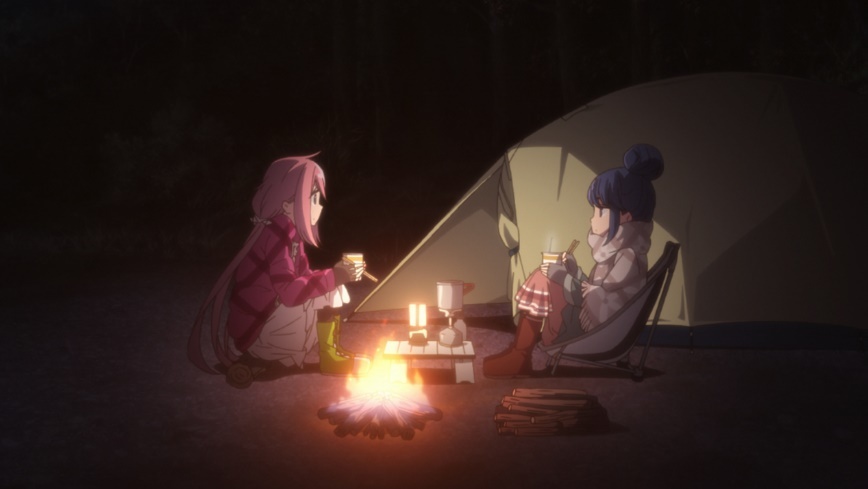 The reason why Yuru Camp is loved by many people is because the characters have a good relationship besides beautiful nature and delicious food! 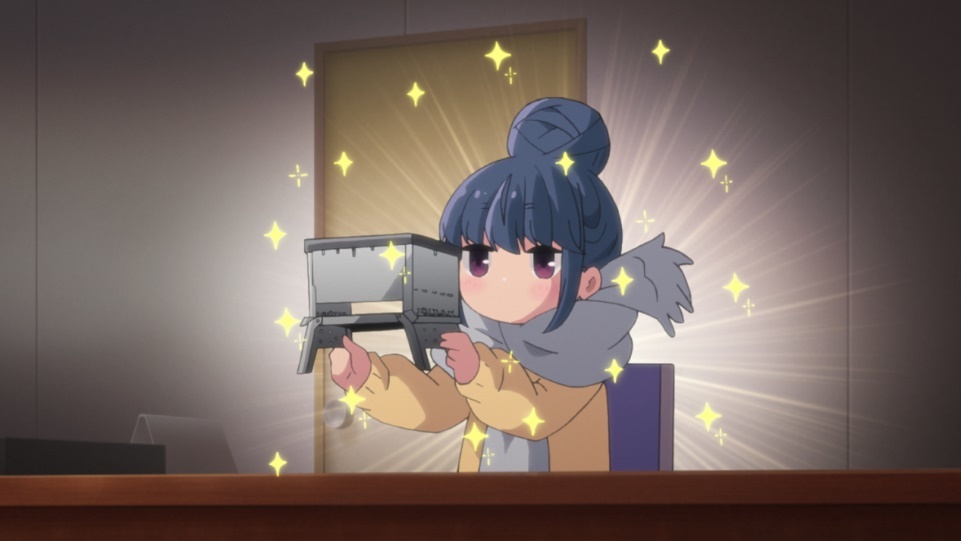 For instance, Shima Rin-Chan is not a sociable girl and loves camping solo.
One day in the off-season for camping, she falls asleep near the camping site and happens to see a girl who has got lost! Rin-Chan finds out that she, whose name is Kagamihara Nadeshiko-Chan, goes to the same high school with her! That’s how they met for the first time. And this is how Nadeshiko-Chan will see how attractive camping is! 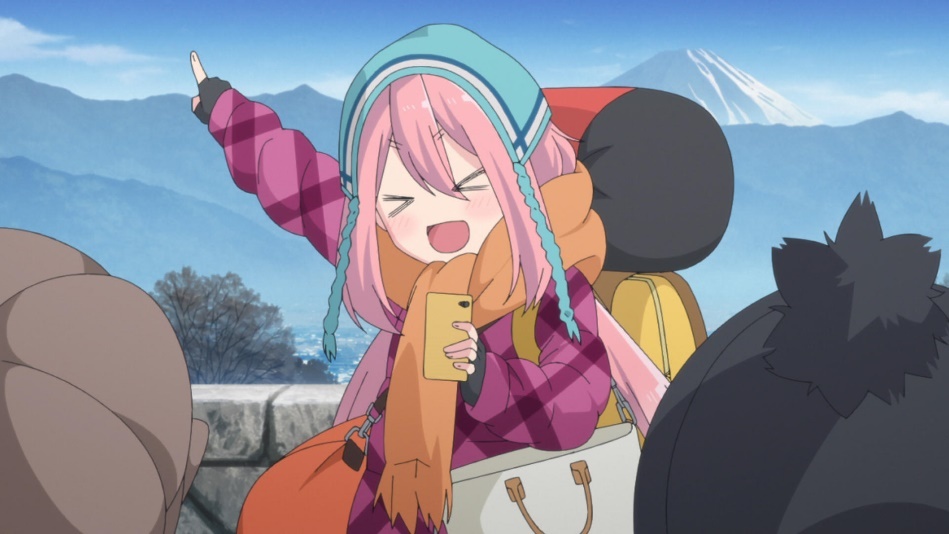 Nadeshiko-Chan joins ‘the outdoor activity club’ and enjoys camping with other members! She asks Rin-Chan to join the club too but she refuses it because she likes to camp alone more.
However, it doesn’t mean they don’t get along but they even deepen their bond by posting and sharing their camping experiences on social media. That’s how they know how attractive a group camping is as well. 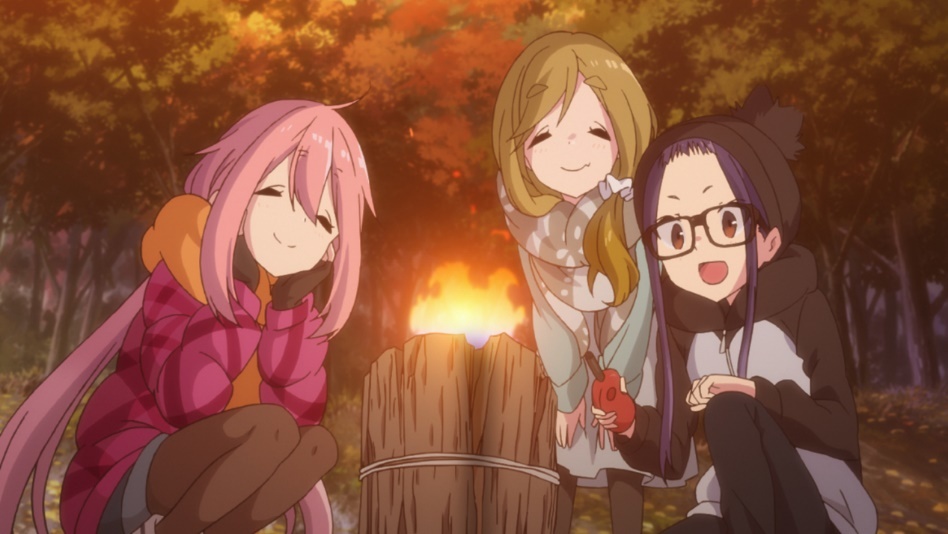 Their relationship, not too close but not too far, is one of the best parts about this series. They respect and understand with each other, being friendly to each other~! There are not so many thrilling scenes so I would recommend this series as “the one when you want it to be soothed or for a change”!

We can also enjoy loneliness in camping solo. We enjoy getting together in a group camping while enjoying camping solo too.

I want to go on a trip but cannot…… Then I want something for a change! I would recommend this series to such people! You will definitely enjoy it! That’s Yuru Camp! Now its Season 2 is on air! Why don’t you check it out?
Yuru Camp Merch
▸

Oki-doki! This is all for today! I’ll see you guys at the next article! Bye~!
Yuru Camp, Shima Rin, Kagamihara Nadeshiko