So today! Let’s review THAT GAME, now celebrating its 3rd Year Anniversary!!
All the items of this series have been super popular here in Goods Republic too! What’s more? Its special show, commemorating the 3rd year anniversary and the world competition have become a hot topic via social media as well~!! 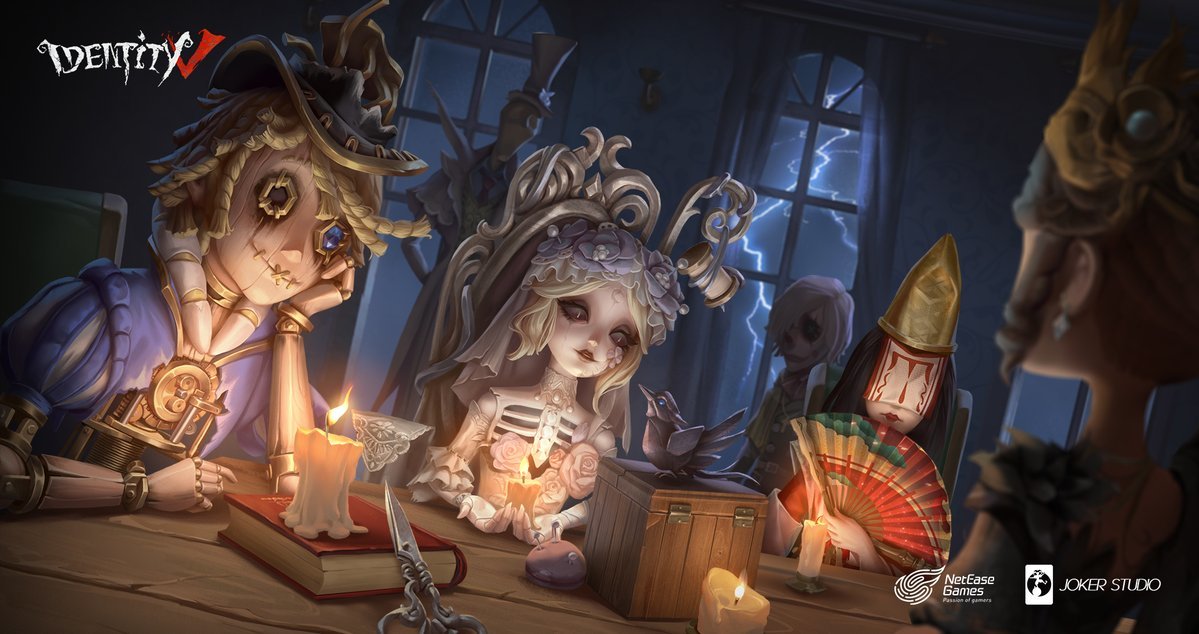 IdentityV is an Asymmetrical Multiplayer Survival Horror Video Game, where Hunters and Survivors are separated and escape from the stage and stop them from escaping, respectively.

It is basically free to download on the App Store, Google Play and a version for personal computers. This game is so interesting with its unique and mysterious worldview, high strategic and the game development by a variety of characters!!!

Not that many added!
Picking out some newly added chara through the third year anniversary! 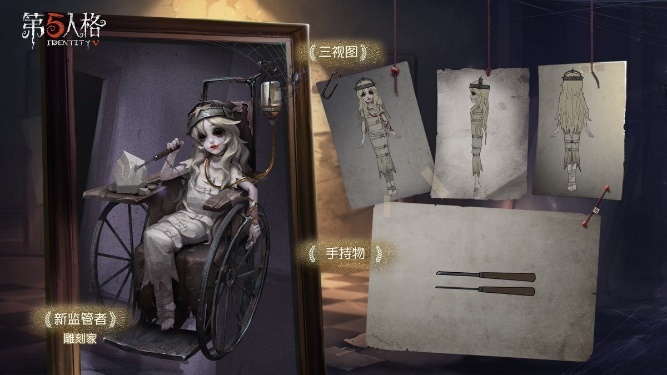 https://goodsrepublic.com/product/tag_page.html?tags=230544
This girl has been hospitalized in a mental clinic.
She used to be a normal sculptor girl, but then, her talent bloomed when an incident became the cause.
While she created a number of talented art work of sculpture, she descended into the madness at the same time. Worried, her parents took her to the mental clinic. While being hospitalized, she created a “masterpiece” of her work, then went missing. 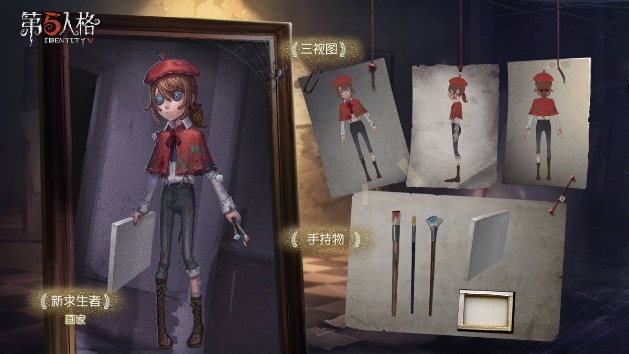 https://goodsrepublic.com/product/tag_page.html?tags=230543
He was born in the wealthy family.
Growing up, he had a talent as an artist. However, he somehow went crazy because his family loved him crazily and all the excessive compliment to his artwork. As he grew, he completely lost interest in anything but art. He recognized himself as the supreme artist. He has decided to join this dangerous game to seek for more inspiration as an artist but……?

The Breaking Wheel / The Will Brothers
Faction: Hunter 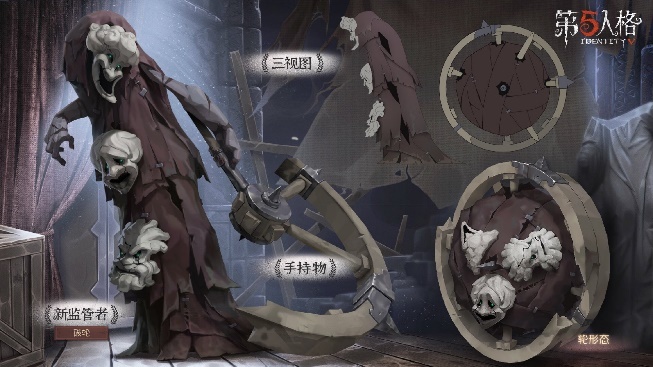 They are the three brothers of dwarfism.
Although they had a difficulty working in society, they were able to play an active role on the stage.
These three showed such incredible performances, which made audience wonder “how they can do those stuff,” such as illusion where they cut the body part, they became super tall people or became a super short old woman…… All these performances were so popular but as soon as someone found out that they were the “three brothers of dwarfism,” everybody started to complain about them.
Not knowing where to go, they ended up becoming the street performers…… and at night, they appeared in front of those who knew their true color…… 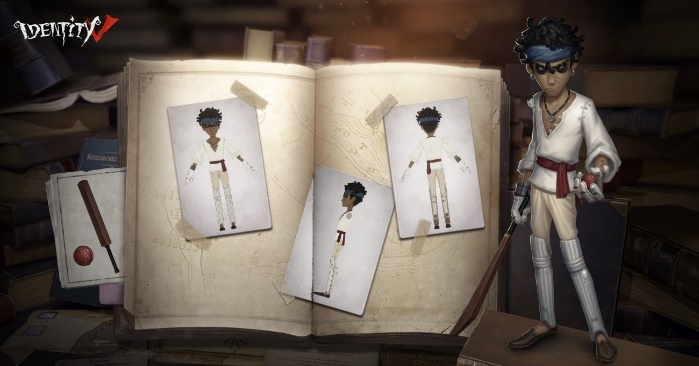 He plays as a batter of cricket, which is one of the ball games originated in England.
He used to belong to a famous cricket team, however, he disappeared after a mysterious fire occurred. The rumor says he is wandering around after he left his hometown but…… he ended up a manor, where a dangerous game was taken place, with many secrets.

I really think newly added Hunters from the 2nd year anniversary through the 3rd year anniversary seem so unique~! They have been drawing much attentions as the strong characters in the game and what’s more? Especially, among all the characters, Galatea is so popular that tons of his goods have been coming out too!

From 2nd Anniversary through 3rd Anniversary, “collabo” with popular series were HOT!!
Here’s a list of collaboration version!!

IdentityV has often collaborated with other super famous series through this year~!! Guess what? You can put the outfits of the characters appearing in such collaborated series! So those who have just started to play the game will be like…… “What!? Why is the character from other series here?”!! 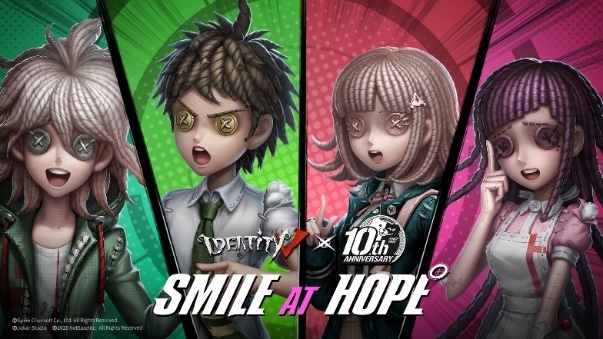 Yakusoku no Neverland
The Promised Neverland 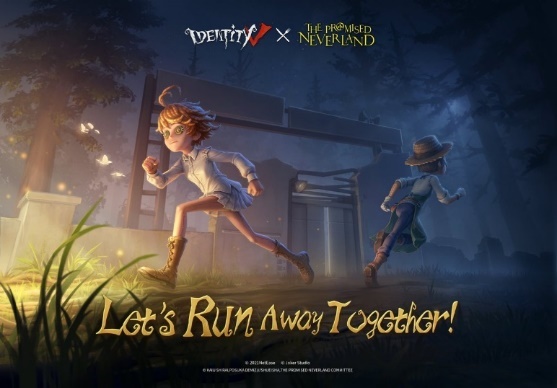 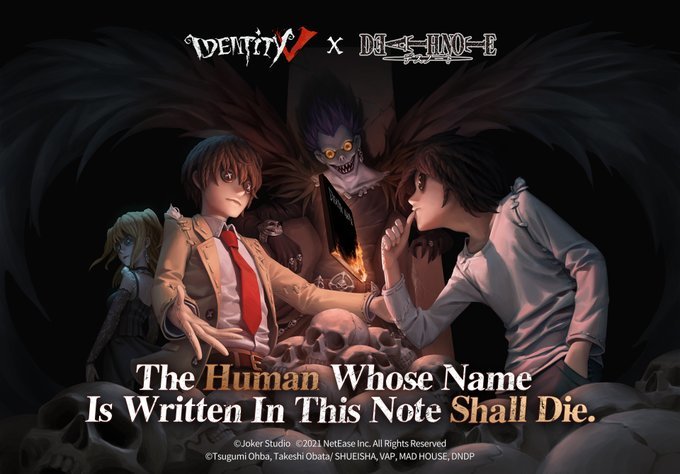 All the collaborated outfit are perfectly made and some of them can even change the exclusive effect!
Among them, the outfits of Hinata Hajime and Komaeda Nagito from Danganronpa, Isabella from Yakusoku no Neverland and Amane from Death Note, are being used even after the collaboration period!
Me? I love Isabella (from Yakusoku no Neverland)’s outfit a lot! Her facial expression is so beautiful just like the one in manga and whenever I see her in the game, I get excited and thrilled!! (Although I don’t want to see her because she’s a Hunter……) 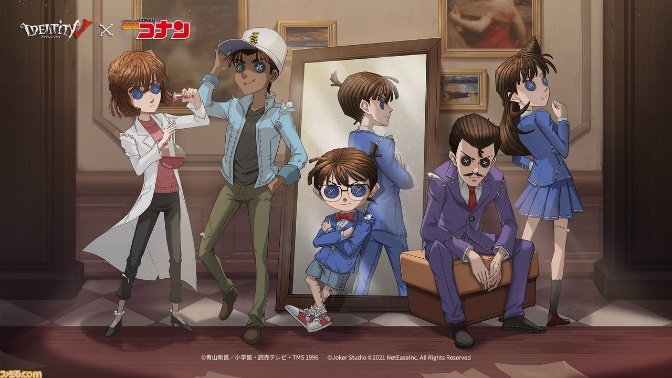 A long-awaited main story is updated in fall!
More NEW characters coming up!!

Actually, there exists a main story in IdentityV, however, they haven’t had any updates of it…… (Although each character’s secret was revealed from time to time……)
However!! They have announced that there will be a huge update on the main story around fall 2021! This is super exciting, huh?? On top of that, they have also announced that there will be more NEW survivors and hunters and even the NEW map coming up too!! 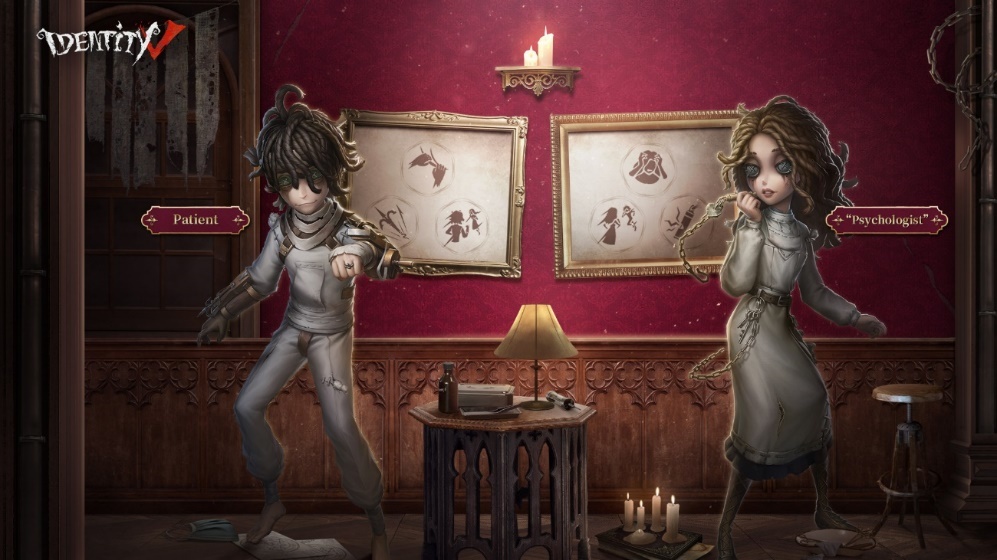 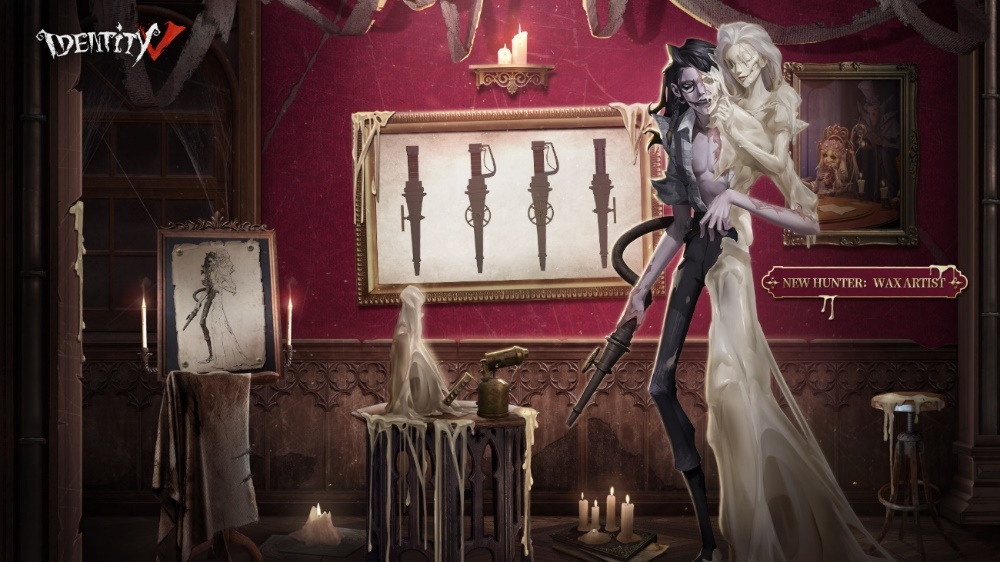 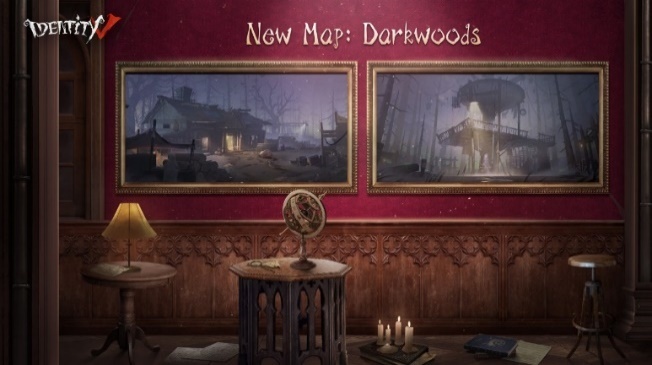 The theme is “Reunion.”

First off, IdentityV is a story, where a detective (a player) looks for a missing girl! When the detective visits the “manor” with eyewitness report of the girl, the detective infers what happened before with some hints that those who have stayed there before have left there…… but is the detective able to see the missing girl again?

I’m curious about the fact that the two new survivors have “very similar skill icons”! They could be totally new types of characters, where the player can activate a special skill when both of them join the game……!? We have never seen such characters before so…… it’s exciting, huh??
(I’m sorry to say this but……) The new hunters seem to be unable to do a long-distance attack so I’m relieved!
※PS: According to the document shown in the trailer, their birthdays are the same! Is it just a coincident? Or are they twins? Maybe dual personality? …… so many possibilities, huh? 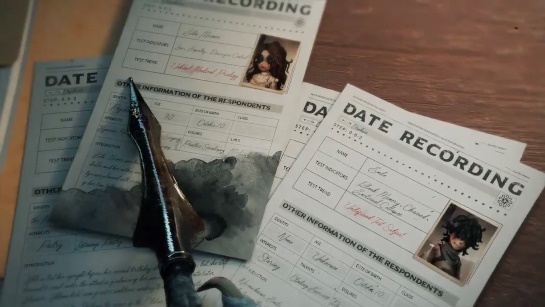 Celebrating its 3rd year anniversary, IdentityV has a huge update coming up in fall! Super Exciting!! Basically, you can play it for free and it is almost time to collaborate with Conan overseas too!! For those who haven’t played it yet, why don’t you give it a try this summer?
Check HERE for IdentityV’s Goods!!

Oki-doki! This is all for today! I’ll see you guys at the next article~!
IdentityV