【Fall 2021 Anime】
The Hottest Fall Gag Anime!!
I Gotta Share Vampire Dies in No Time with YOU!! 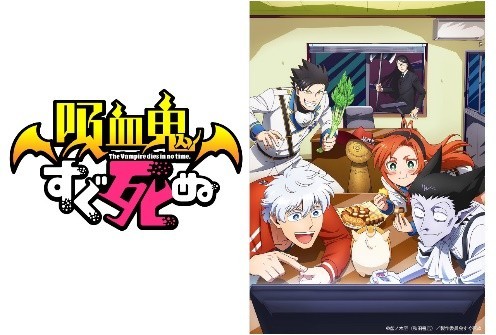 What Is Vampire Dies in No Time?

── A Popular Gag Manga Series with the original serialized in Weekly Shonen Champion since 2015! 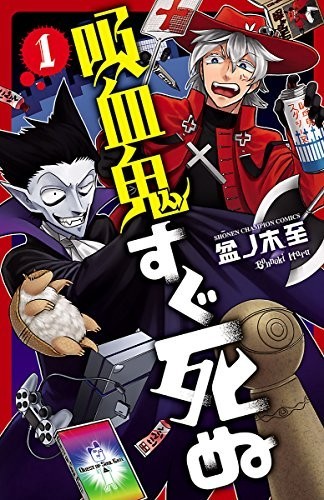 The Vampire Dies in No Time is a very popular gag manga series in Japan! It has been collected in seventeen tankobon volumes with a spin-off series also being serialized!

Outline of Vampire Dies in No Time! 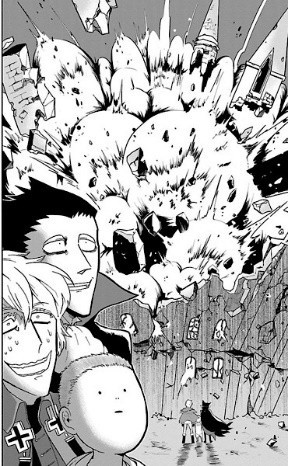 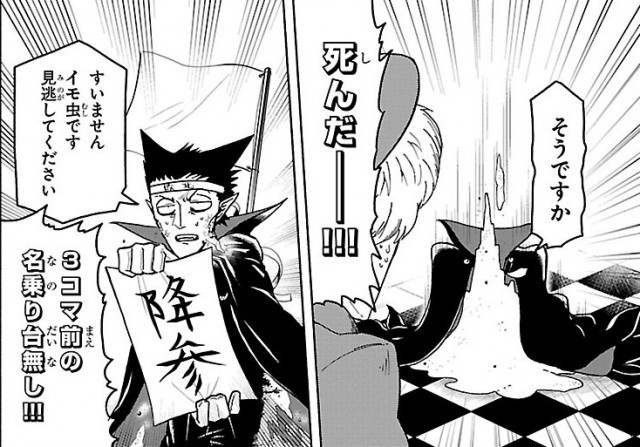 The main protagonist is an immortal vampire, Dralc. The story starts off when a vampire hunter, Ronaldo, is trying to get rid of a famous and legendary vampire, Dralc but......! 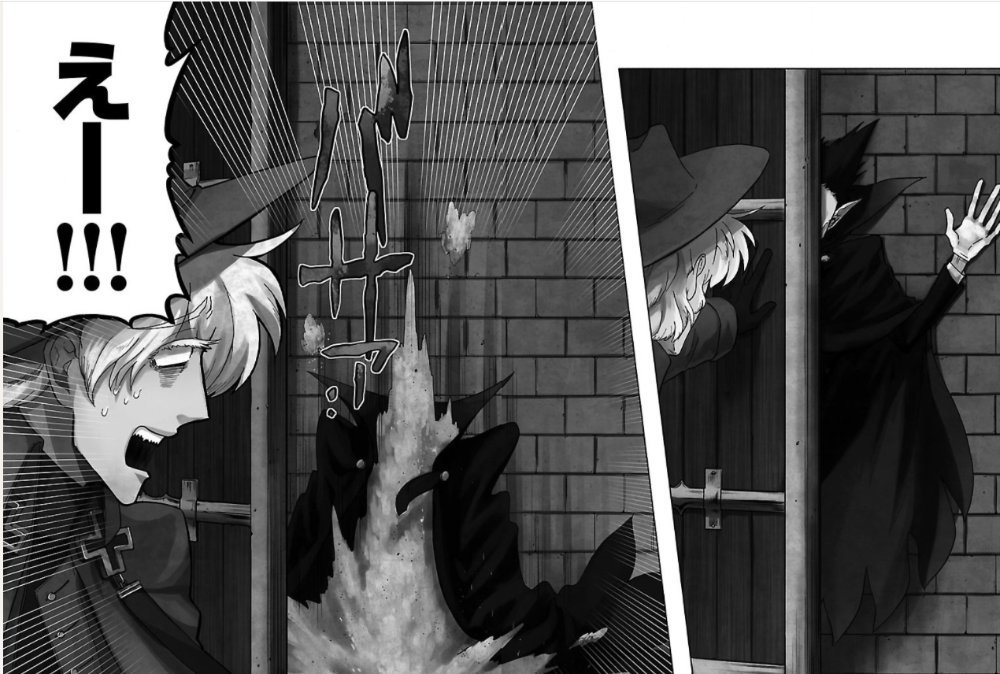 When the door was open, Dralc died, getting stuck in the door......! 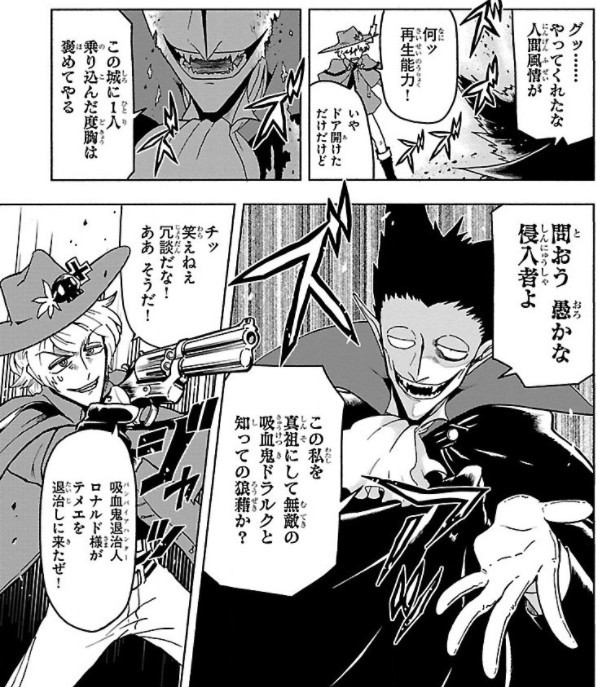 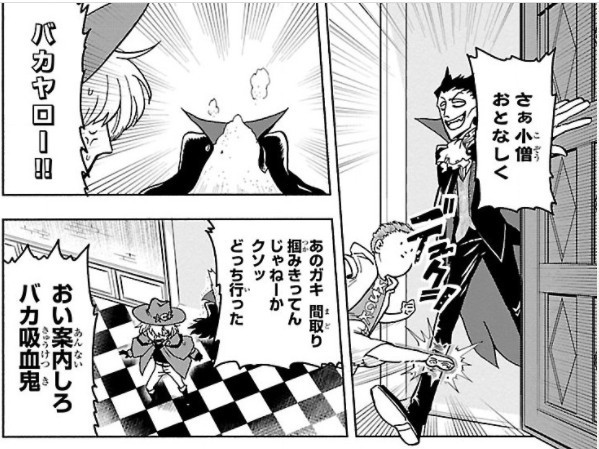 Although his best characteristic is that he is immortal, he is super weak that he dies just by being kicked in the knee by a child.
Actually, there was even a bad rumor about him, saying he has kidnapped a child, which afterwards was known as a fact that the kid himself broke into his castle just to play the games which belonged to Dralc...... While he looks like a cool vampire, he is actually super weak and useless like this!! Yep, it’s a funny gag comedy!!

By the way, when they conducted a popularity vote, Iruma-Kun from Mairimashita! Iruma-kun (Welcome to Demon School! Iruma-kun) was ranked in 11th place and Kamado Tanjirou from Kimetsu no Yaiba (Demon Slayer) was ranked in 17th. It’s absolutely incredible. (As for Iruma-kun, the illustrator newly drew him for this) 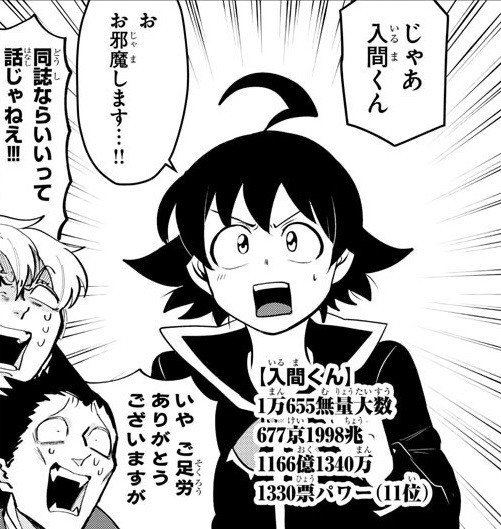 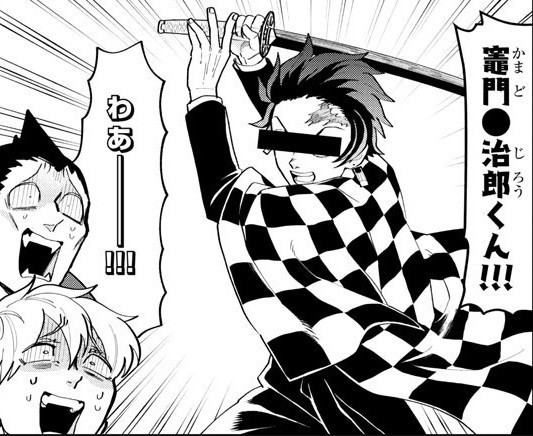 Hope they will collaborate in anime too!
Suzuki Iruma-Kun
▸
Maybe no collaboration in anime but......
Here comes Kamado Tanjirou-Kun whom Dralc loves so much
▸

Main Chara in Vampire Dies in No Time!
One Vampire, One Person and One Animal! 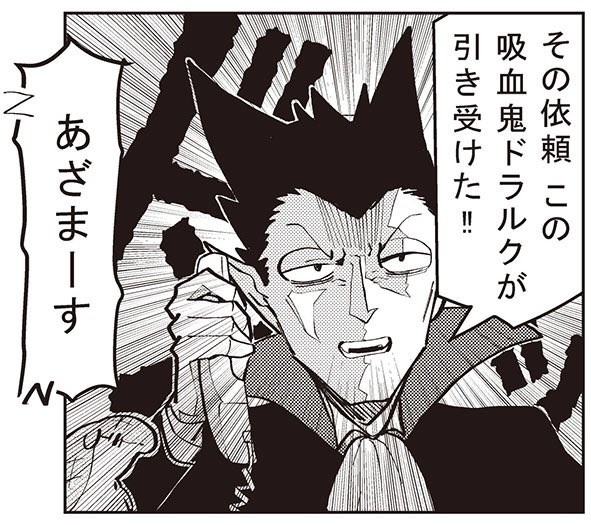 He is an immortal vampire, 208 years old.
He has secretly been living in the castle, which his grandfather has left, however, it was destroyed due to an incident, caused by Ronaldo. After that, Dralc starts to live in Ronaldo’s office.
Dralc is basically calm with common sense, however, he dies right away when he gets hurt or shocked by trivial things. Since he has stayed inside of the castle for a long time, he has played so many kinds of games. He has even written reviews for them. He is good at cooking. 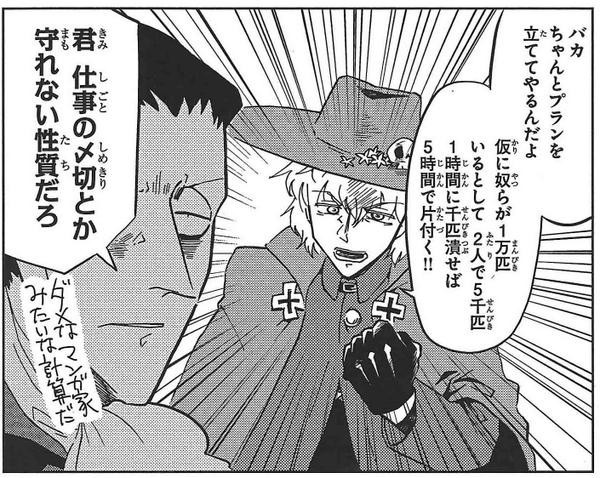 He is a vampire hunter.
He has a short temper and tends to get everything done with violence, but he is basically kind. Although he is young, he is such a famous hunter with great reflexes and high skills of shooting guns. He always tries to kick out Dralc, who started to stay in his office without a permission, ending up letting him stay since Dralc is a good cook and makes him delicious food. He hates celeries so bad and even gets panicked just by seeing them. 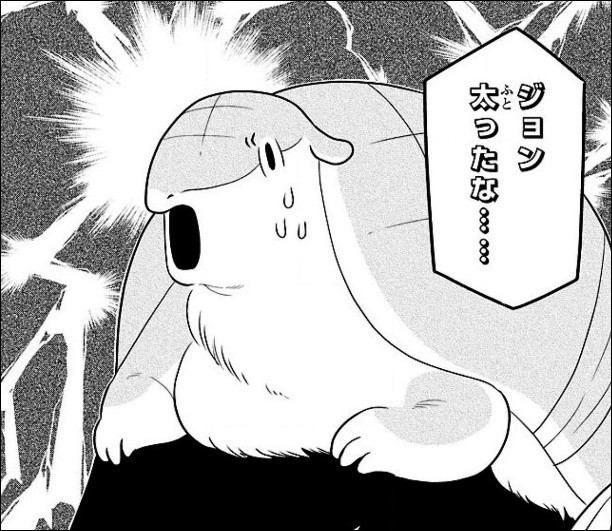 It’s a male armadillo and a familiar of Dralc.
Although he cannot speak human languages, he understands them. As only Dralc can understand him, John uses gestures and draw pictures to communicate with others. It’s very kind and loves Dralc so much. It gets along well with other characters and it’s like a mascot character in this manga series. He loves pancakes and fried chicken.

Basically, this anime focuses on the story by these characters; one vampire, one person and one animal! Personally, I love this funny gag manga too so why don’t you check it out for a change while watching all the fall anime??
Check HERE for Vampire Dies in No Time’s Anime Goods!

Oki-doki! This is all for today! I’ll see you guys at the next article~!!
Bye~!
The Vampire Dies in No Time