Hi guys~! The New Year season is almost over! I’m thinking of starting 2022 with a lot of power this year too! It’s Mafuyu from Goods Republic!! 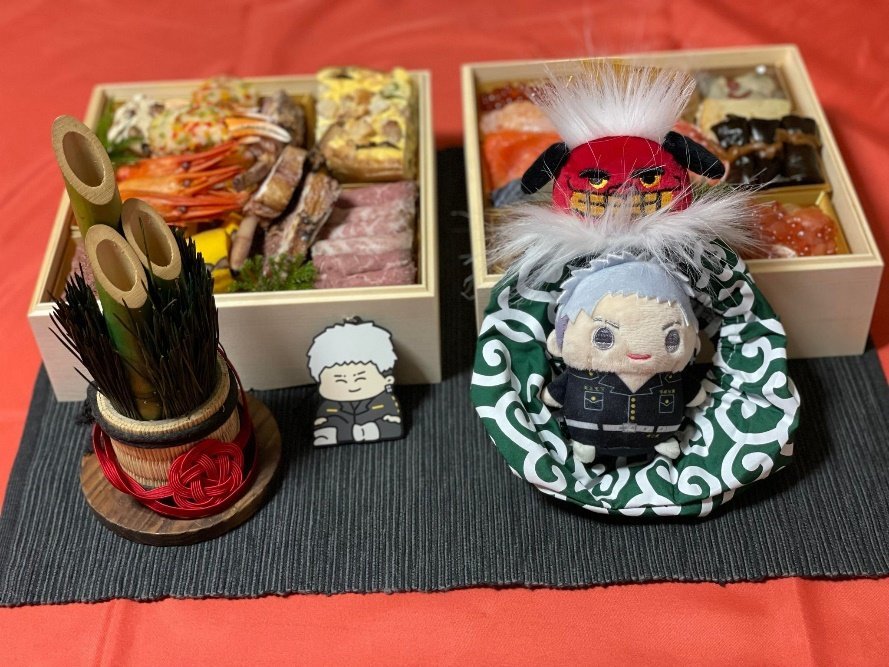 So! For today’s article...... do you know one of the anime’s movie has released since this month!? I bet some of you might know the title but don’t know what it’s like so check it out! It’s celebrating 7th anniversary too!! 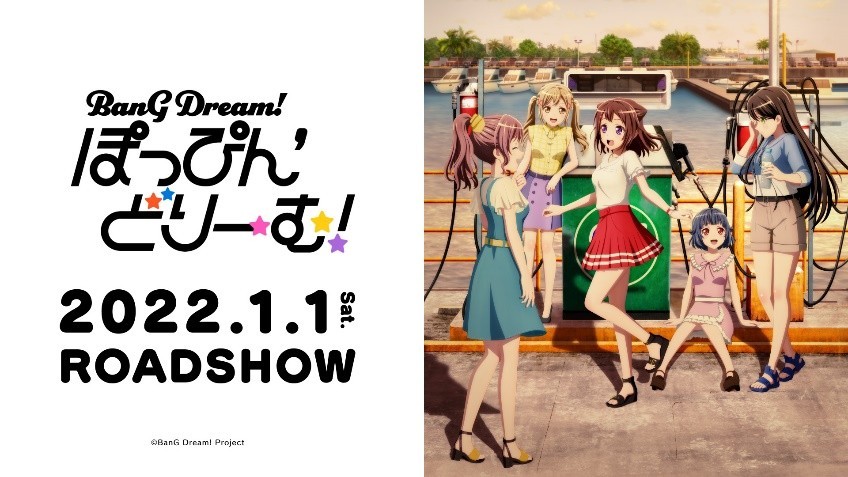 BanG Dream! is quite a famous series, right? The movie that is releasing now is actually the 3rd one and its anime is now doing the 3rd season! Today, I’ll feature its movie which just released on January 1st so even those who haven’t heard of BanG Dream! can learn what this series is like!

What is BanG Dream! in the first place?

BanG Dream! is a media mix project based on girls’ bands!!

The main protagonist in anime is Toyama Kasumi!
She forms a girls’ band with her girls’ classmates, pursuing something exciting and thrilling! 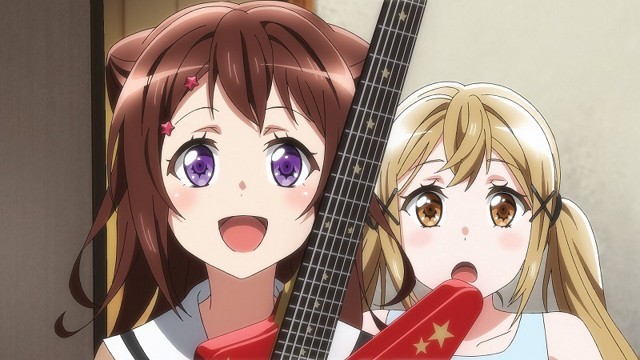 Toyama Kasumi has heard of “Hoshi no Kodou” when she was a little girl. Kasumi’s younger sister suggests that the “Hoshi no Kodou” is the sound of Kasumi’s heart when she looks up at the starry sky. Hearing that, Kasumi has started to think that she wants to pursue something exciting and thrilling like that!! 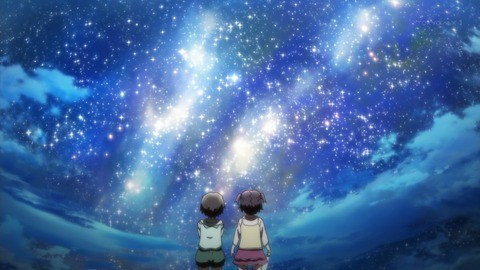 And when she becomes a high school student...... She finds a guitar with decorations of stars in a pawn shop!

Kasumi says she wants to try to play the guitar right there but she gives up because the sound might bother their neighbors. She ends up heading for the live concert’s studio. There, she sees some girls performing a girl’s band live concert......! 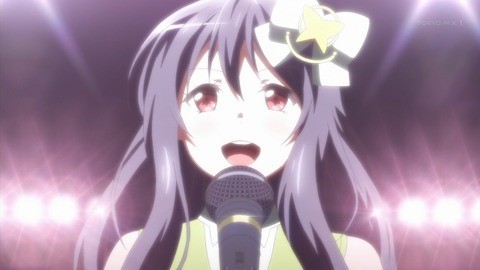 Kasumi feels so excited and thrilled by the performance! She really wants to try that too!! She then decides to form a girls’ band although she knows nothing about it but......!? 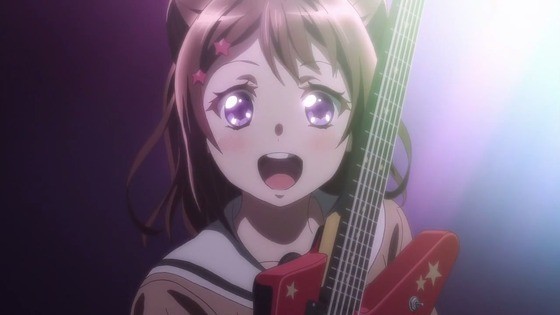 I wrote the main protagonist is Toyama Kasumi but actually, there will be various girls appearing in BanG Dreams! Besides Poppin’Party which Toyama Kasumi forms, you will see some unique band groups too! The stories of each group will be depicted, which is one of the best parts about this series!

The story is about the girls who grow and improve themselves through band activities! You see some everyday-laid-back side and serious side, where they grow to improve their music skills! The girls make sure about their strong bond while crying or smiling! BanG Dream! is a youth story like this! 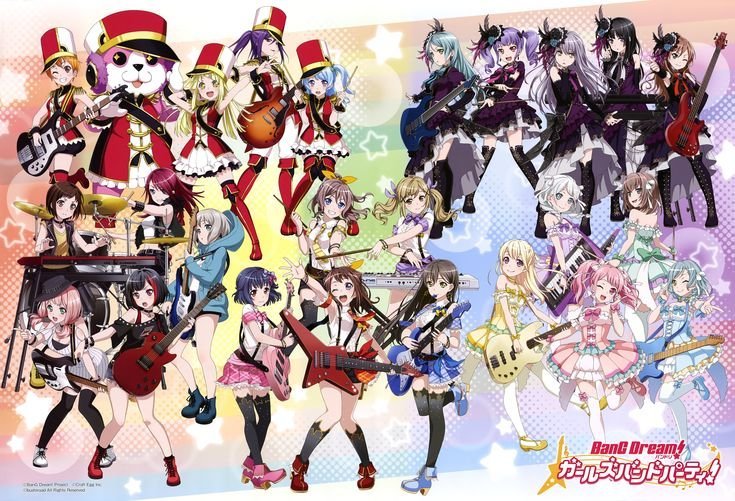 BanG Dream! comes with both anime and games. If you want to know more about this series, I would recommend watching anime! Since 1st to 3rd seasons have aired, you should watch them all!!

It’s a story depicting things happened after 3rd Season!
Where do Kasumi and her friends end up being......!? 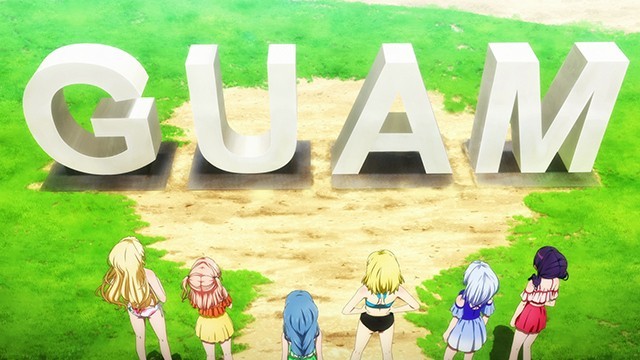 So! The movie, BanG Dream!, releasing in January 2022, is about the story after Season 3 of anime!

Poppin’Party was able to accomplish a great achievement at the end of 3rd season of anime! They were invited to Guam after being recognized their achievement but......? The story focuses on their bond and relationship! They are good rivals as well as good buddies! Why don’t you watch an anime version first and then watch a movie? 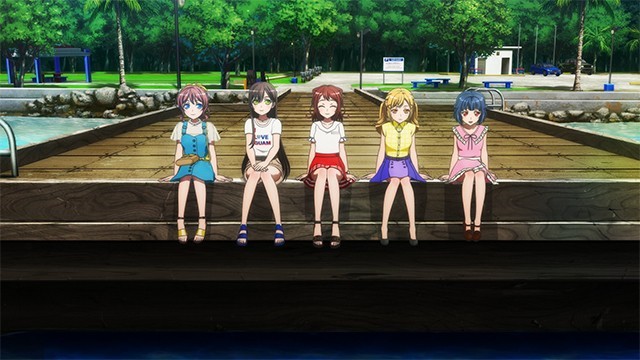 Oki-doki! This is all for today! I’ll see you guys at the next article~!!
Bye~!
BanG Dream!