Hi everyone!
This is quite sudden, but have you seen these characters before? 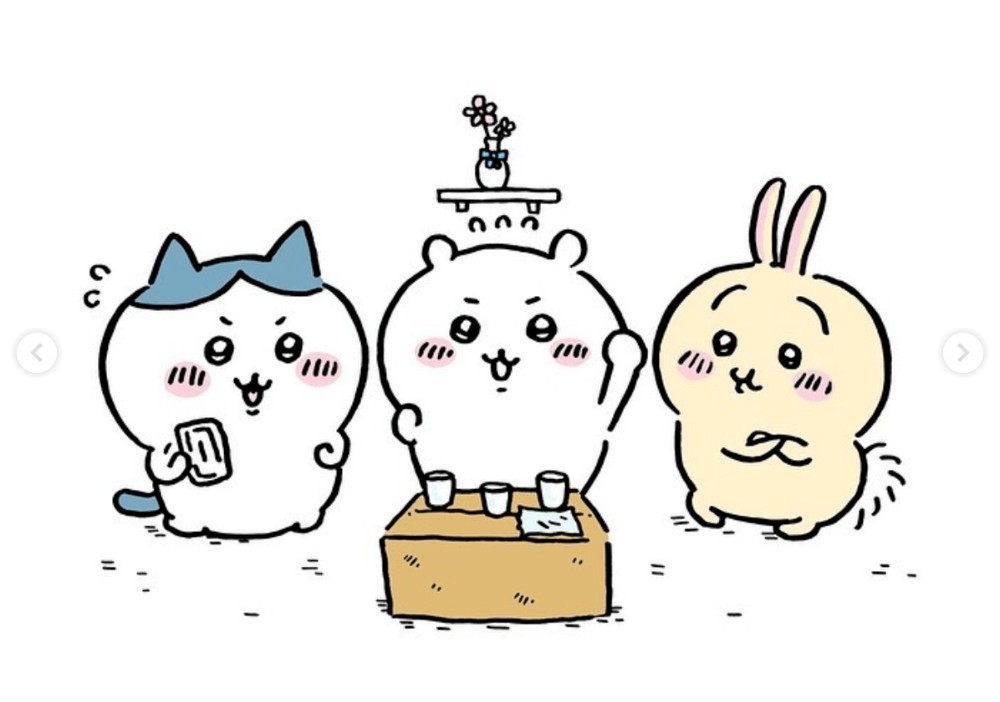 They are super popular characters in Japan! They are super cute and little unreal characters! Their anime will start airing in April. They are very popular among anyone from students to adults! We will introduce them in this article today!

【Chiikawa】
Surreal×Kawaii!!
Chiikawa anime will be aired from April!
Let’s check it out!! 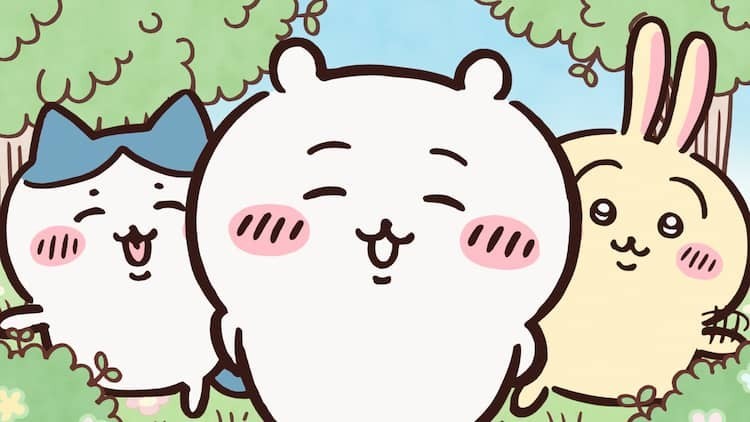 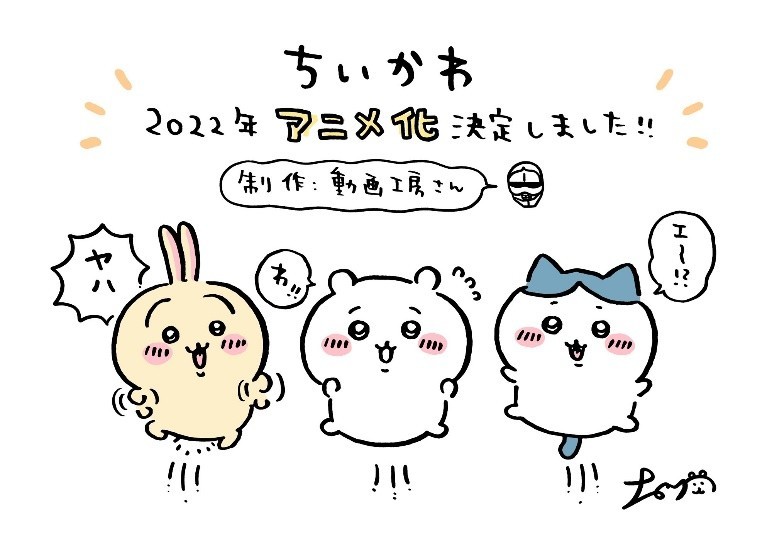 Chiikawa is an abbreviation of the title of the manga, “Something Small and Cute (Nanka Chiisakute Kawaii Yatsu)” and a name of character.
The original manga was illustrated by Nagano-Sensei who is a popular illustrater. She even used to work for Pokémon and Sanrio characters. Nagano-Sensei wished to live like Chiikawa, small and cute! Chiikawa’s world was created, illustrated and very well explained by her. 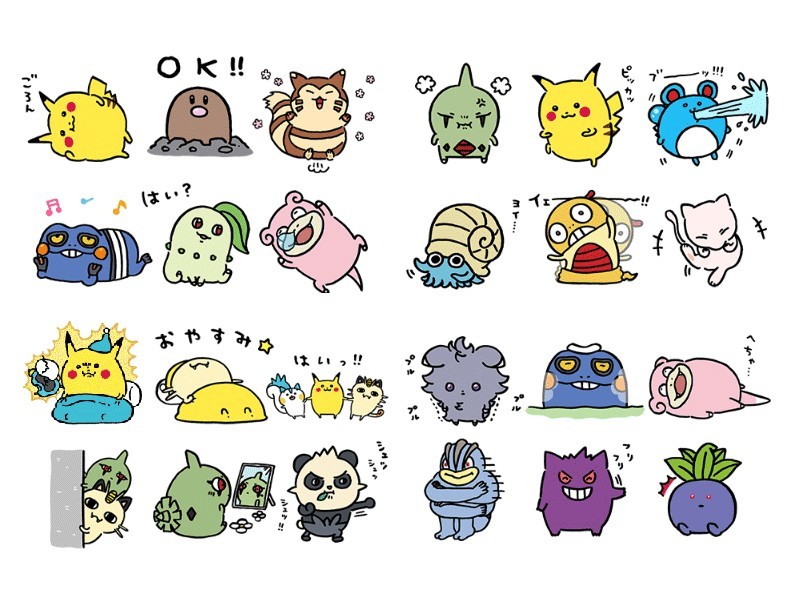 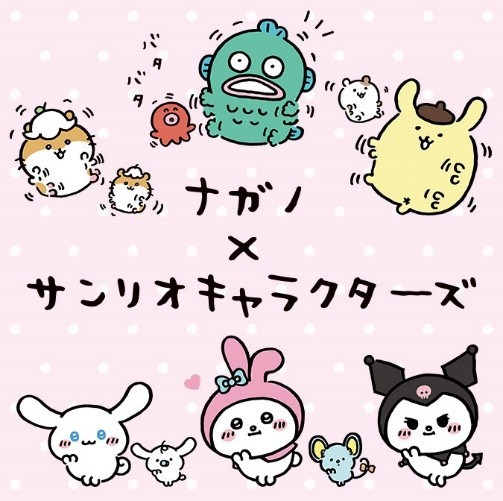 Chiikawa was made into a short anime and will be aired in April 2022. Its lovely characters and relaxed worldview became very popular and has wide range of fans in Japan. 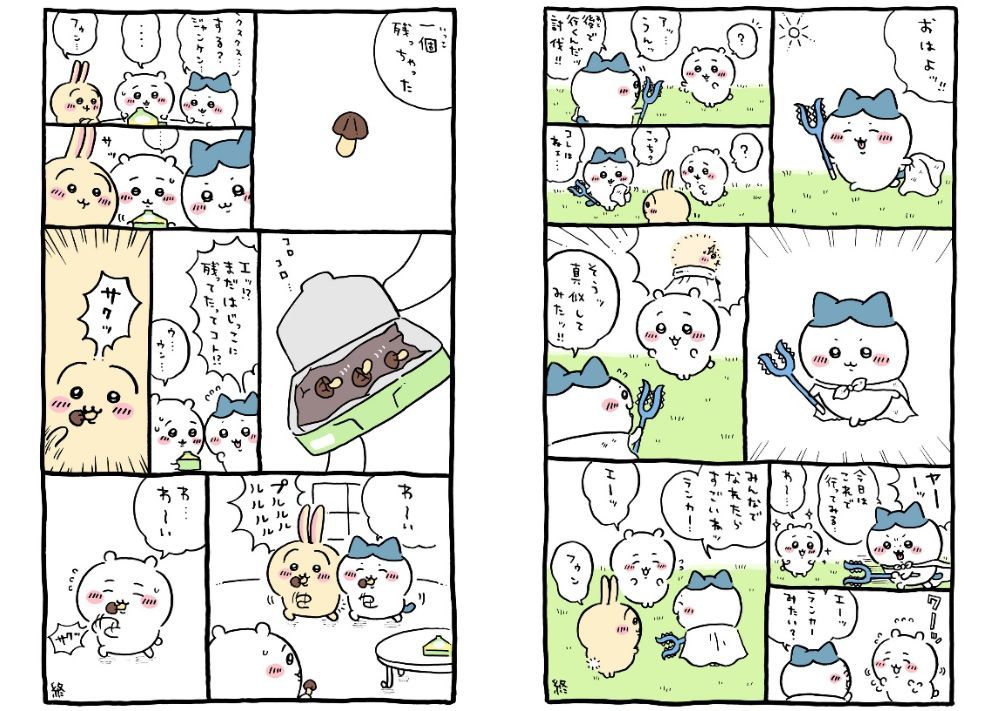 Chiikawa collaboration goods are very popular in Japan. Chiikawa café has opened as well! Nagano-Sensei updates the Chiikawa illustration or manga almost every day on her twitter. People enjoy checking on Chiikawa on social media every day! 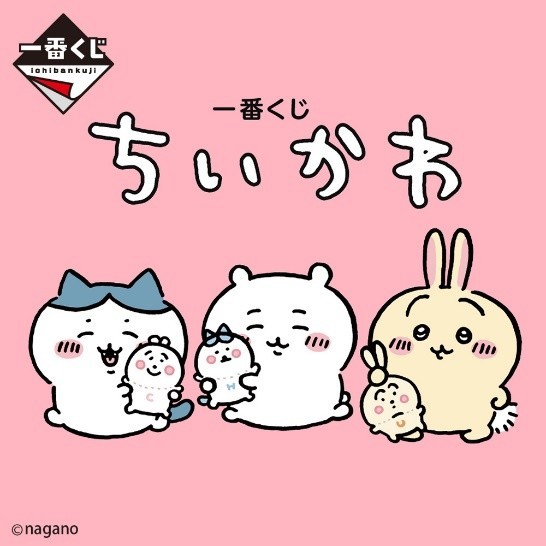 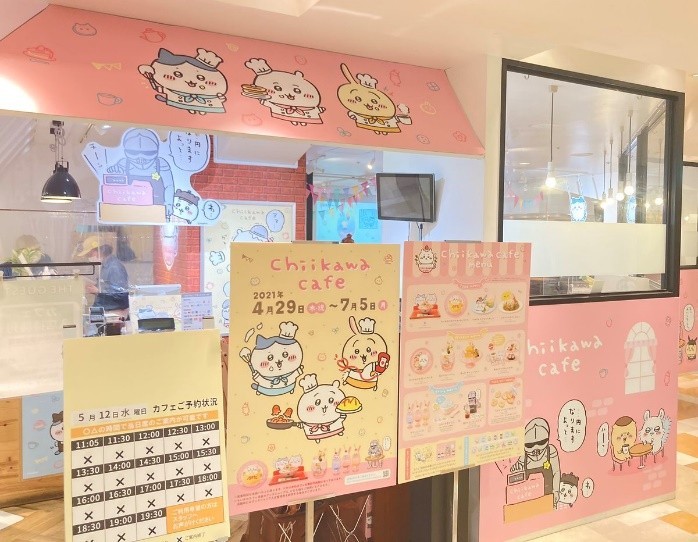 So cute but surreal?
Here are the 3 main characters! 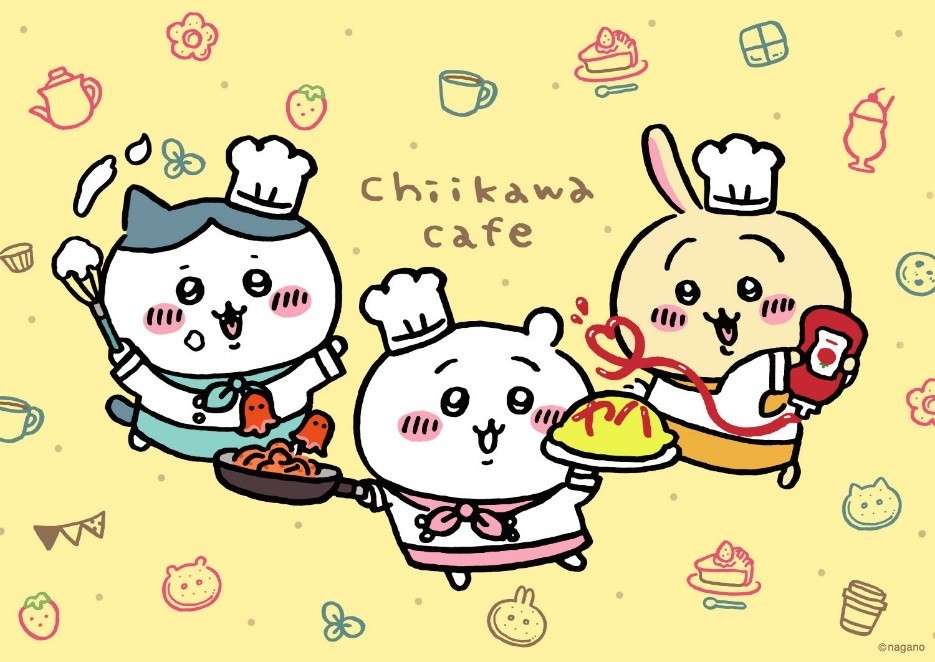 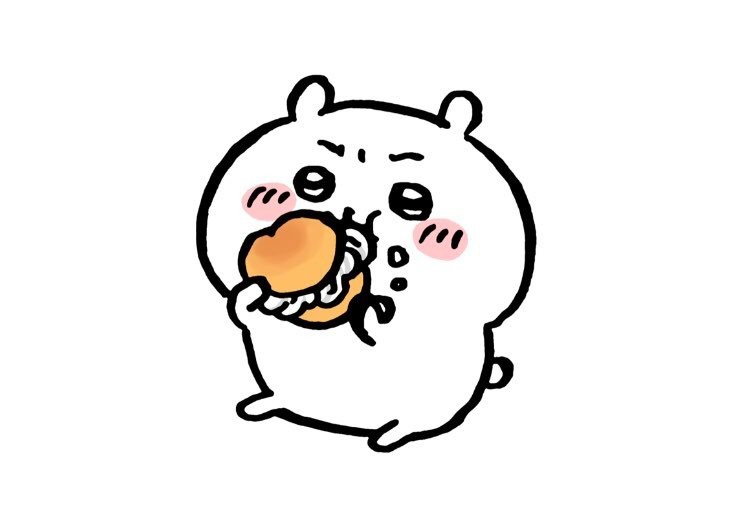 (Probably a mouse)
The main character. It does not speak, it just makes sounds like “wow” or “ahhhhh.”
At the begging it is timid and cries a lot, but as it starts spending time with friends like Usagi or Hachiware, it gradually grows and stronger. 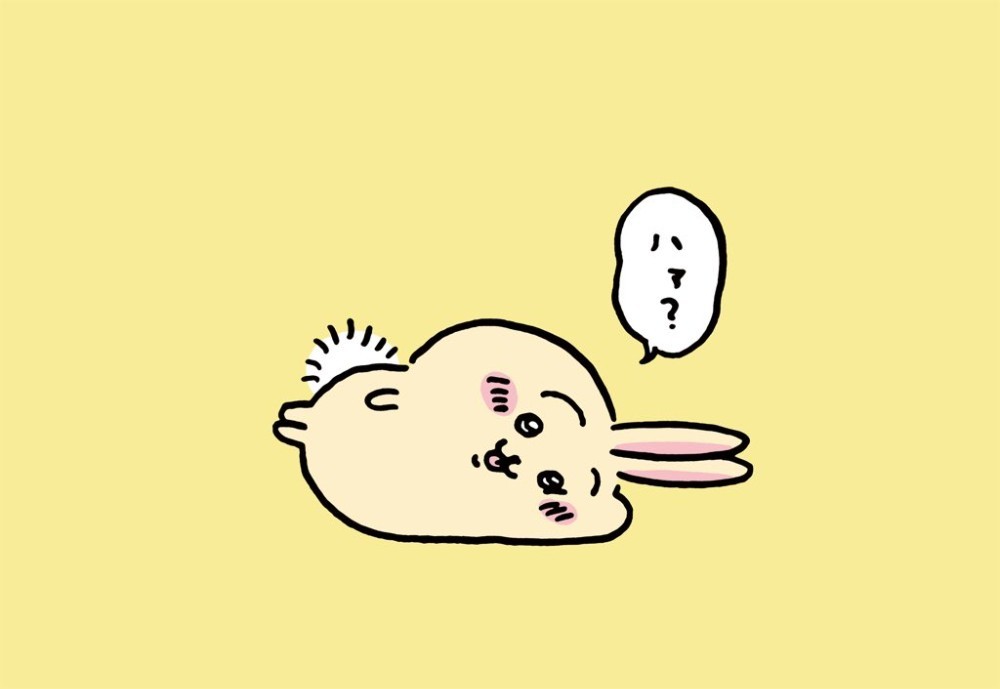 Rabbit character and friend of Chiikawa.
Always high tension. Free spirit. Always wants to help others when they are in trouble. Kind rabbit. Does not speak but makes weird noises. 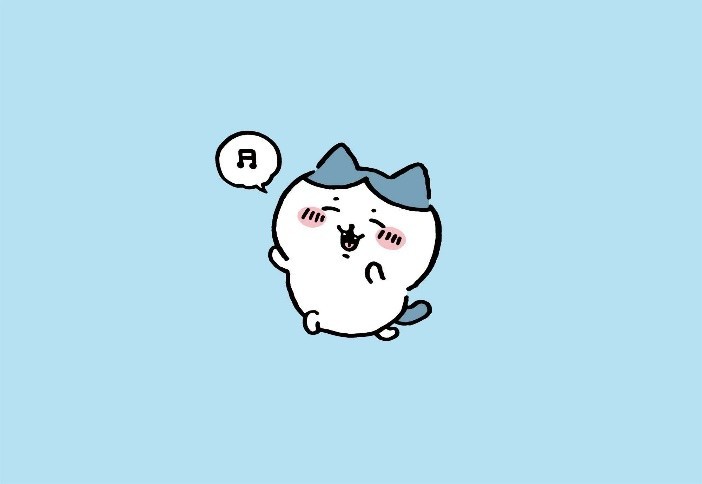 (Probably a cat character) Friend of Chiikawa.
Communication skill are quite high. A very curious cat. Sometimes forgets to put its tongue out from mouth. Sniffs something and gets Flehmen responses. Acts like a cat. Hachiware is the only character that speaks. Loves Chiikawa and Usagi as good friends.
The name, Hachiware, comes from the pattern of bicolor cats. The color was divided into 2:8 (hachi) on their face. 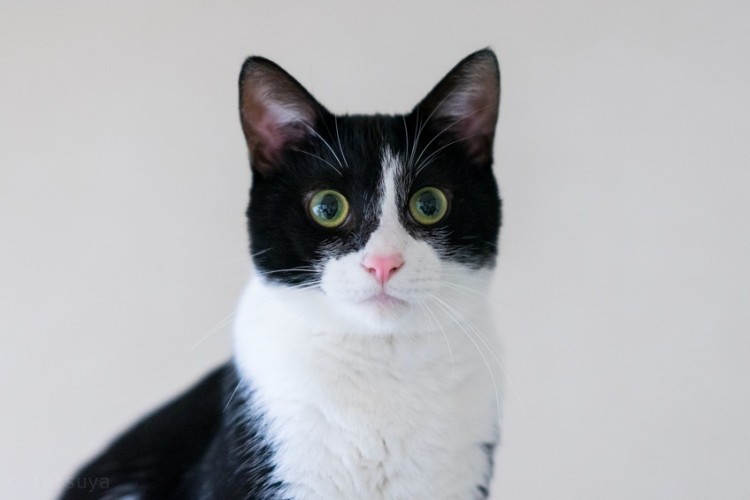 These 3 characters are the main characters but there are many more unique side characters! Some of them are a little bit different from its worldview. 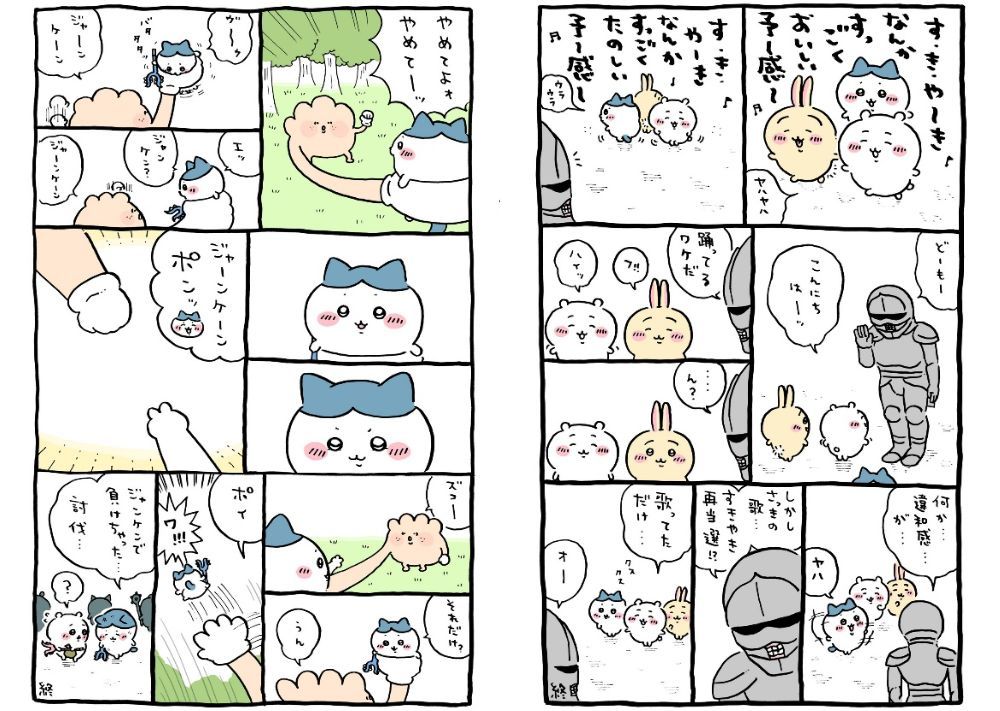 There are very cute characters in Chiikawa world, but there are stories like punishing evil in this cute world, they even use scary weapons!! It was unreal! So this makes the readers laugh a lot.
(There are no horrific or grotesque expressions in the story. Please enjoy the cute world!)

Chiikawa bought two weapons with different colors to fight against evil together with Hachiware. 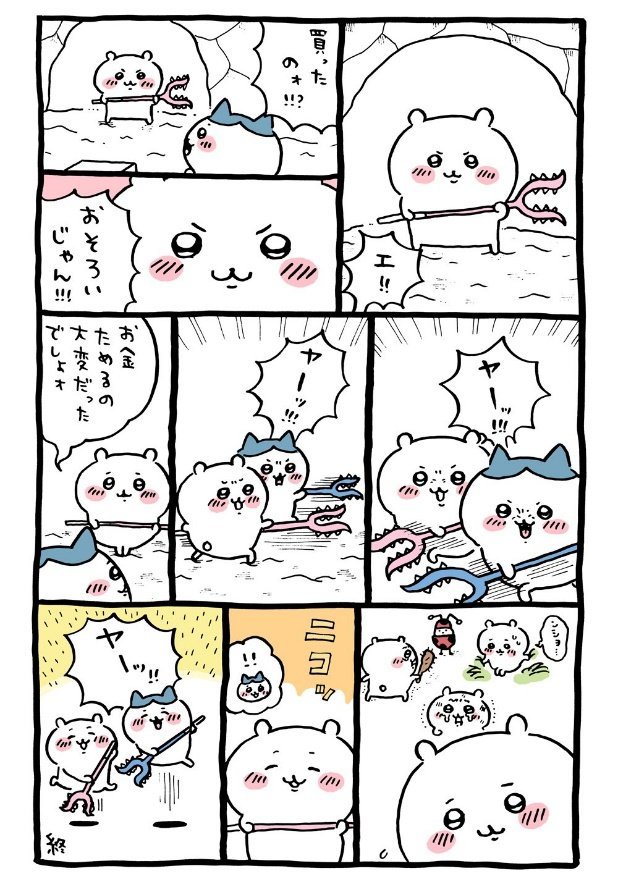 A collaboration of cute and unreal. The world of Chiikawa is so interesting and always makes people smile. The anime (probably short ones) will be aired in April. I think people around the world will enjoy it on TV.
Many cute goods!
Check here for Chiikawa goods!! 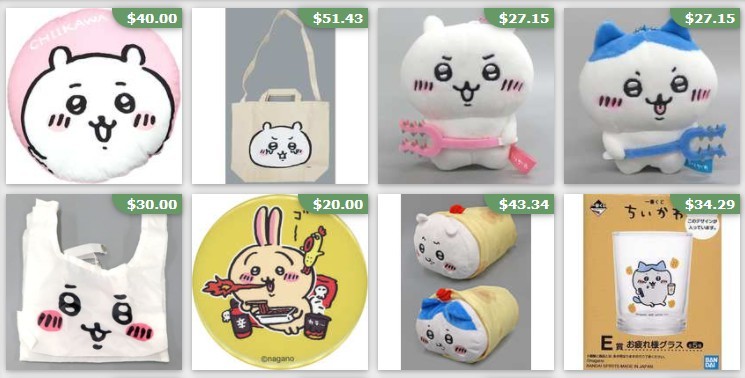 Please check this cute and surreal Chiikawa!! That is all for today, I will see you in the next article!!
Have a good day!
Chiikawa: Nanka Chiisakute Kawaii Yatsu