It’s April now and all spring anime have started! Which spring anime are you watching now? Information about summer anime starting in July is coming in. We can’t take our eyes off it!!
Made in Abyss is coming back in Summer anime! Season 2 will be aired in July! 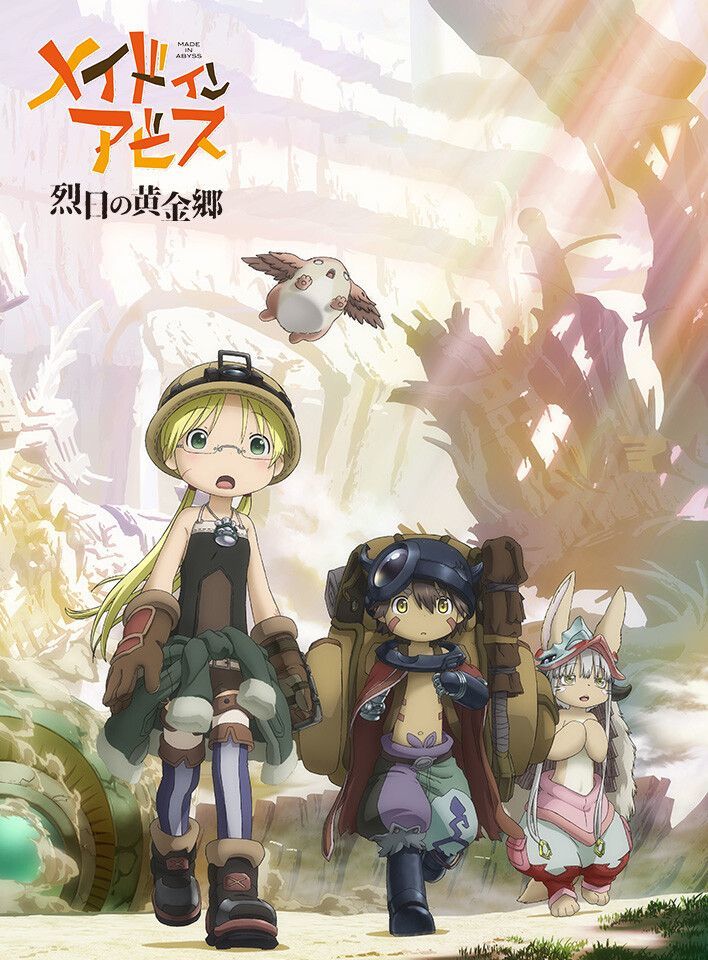 I recently took a poll of Winter 2022 Anime from members of Goods Republic to find out the most popular, interesting, and impressive anime from the Winter 2022 Anime. 70% of our members chose this anime! Let’s check it out! 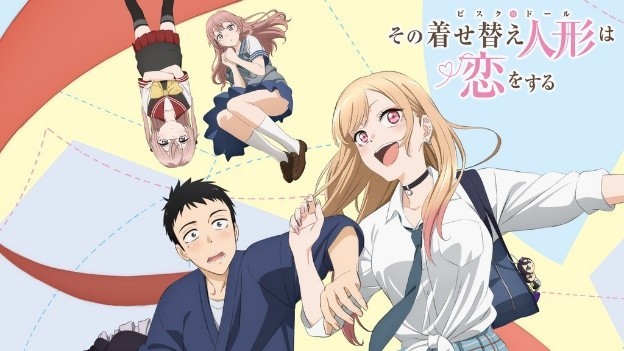 The best Winter 2022 Anime selected by our members was Sono Bisque Doll wa Koi wo Suru (My Dress-Up Darling)! I am also one of the members who voted for this anime. Today, I want to check it again and review the story!

What is Sono Bisque Doll wa Koi wo Suru (My Dress-Up Darling)? 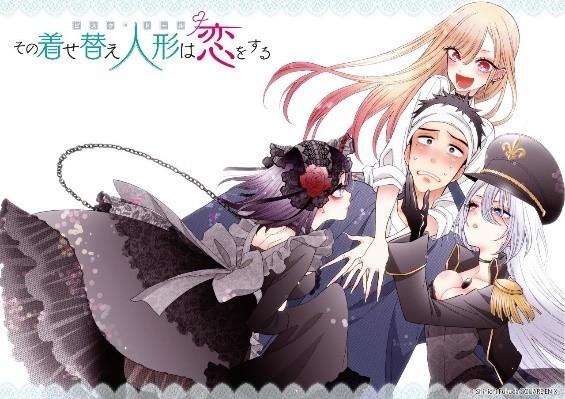 A young man who is hoping to become a hina doll craftsman and a high school gal (gyaru) who also works as an amateur model – Together, they create a cosplay x romantic comedy! 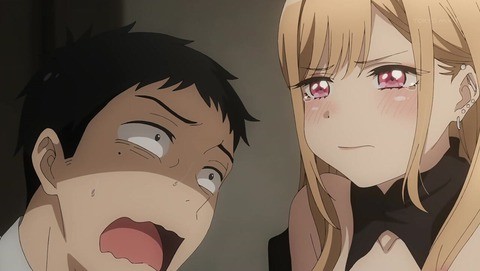 Written and illustrated by Shinichi Fukuda. It began serialization in Square Enix's Young Gangan in January 2018, and has been compiled into nine volumes as of March 2022.

Its anime version covered about 5 volumes of comic books! People nicknamed the series Kisekoi for short. I asked our members who voted for this anime what made them think it was interesting and charming. 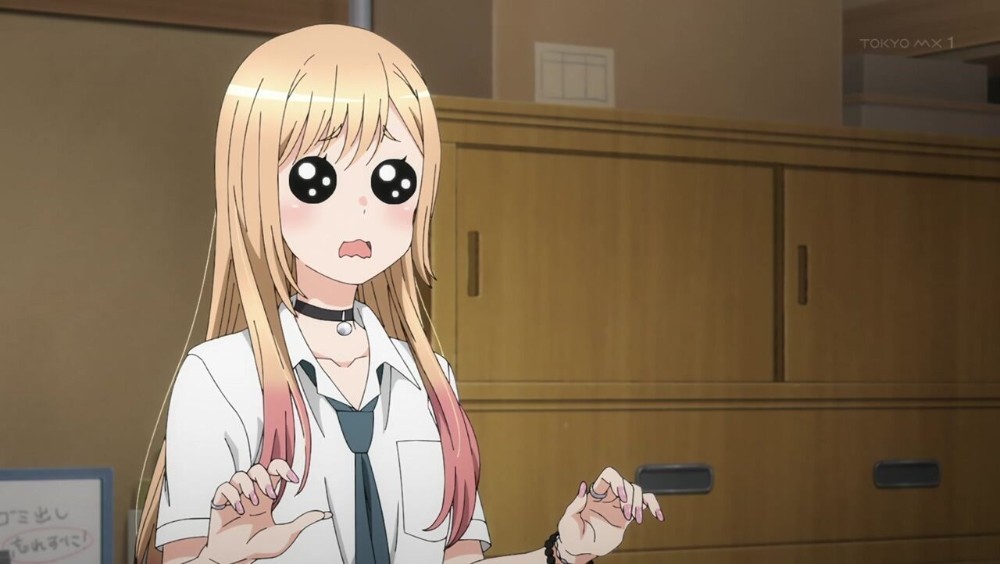 The biggest charm point is that the heroine, Kitagawa Marin is exceptionally cute!

The story begins when Gojou Wakana-kun, a young man who dreams of becoming a hina doll craftsman, and Kitagawa Marin-chan, a high school gal (gyaru) who is also working as an amateur model, met each other! Marin-chan is a beautiful girl but also a super otaku who loves anime and games. 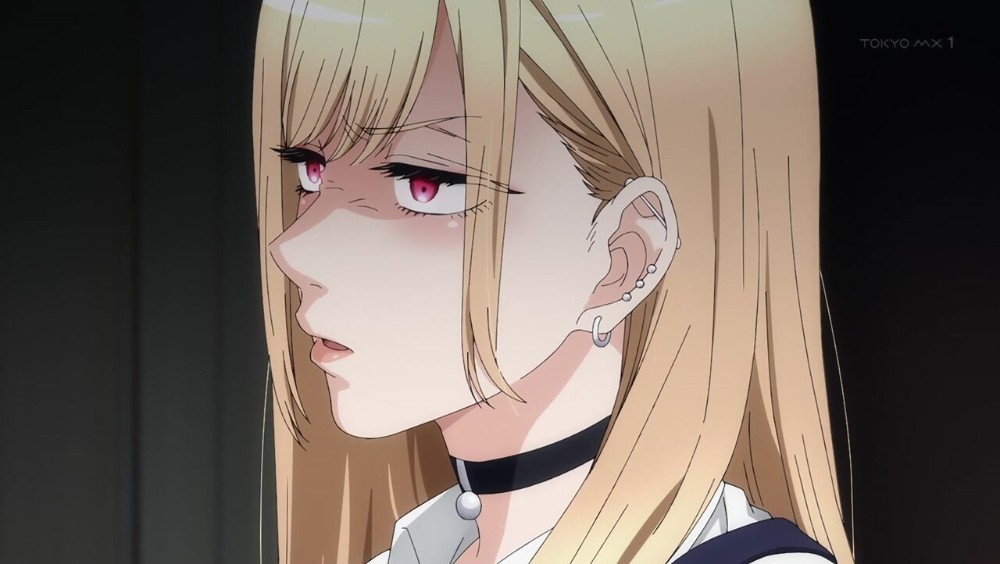 Marin-chan is very cute so guys often tried to talk to her. However she noticed that they always make fun of the anime and manga that Marin-chan really likes! She did not like it so she was always cold to them. Marin-chan loves anime and manga like I do, so her attitude makes me feel better as well!! 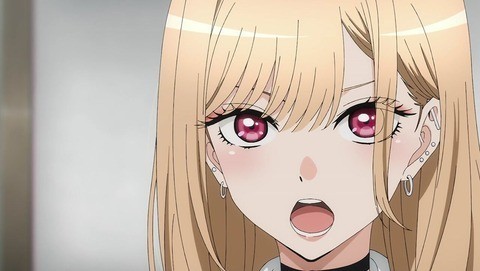 She thinks that she is the only one who can tell what she feels!! She has a firm belief! When she saw Wakana-kun being bullied she told him to say NO to the bullies. Marin-chan was very cool in this scene. 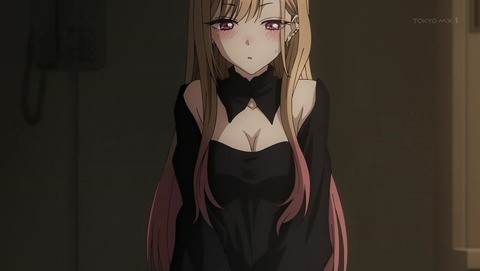 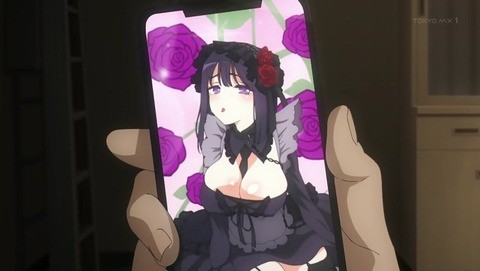 Marin has a dream to try cosplay. She wanted to be characters from her favorite anime and manga! However, she is not good at sewing. Even though she tried to make the costume, it did not look “real” at all. She was very disappointed about it.
She wants to show her affection toward her favorite characters of anime and manga by dressing up as actual characters (cosplay)! She gave an impassioned speech in episode 1! 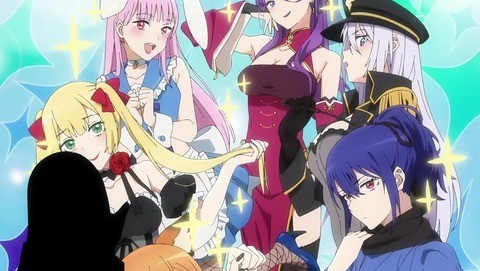 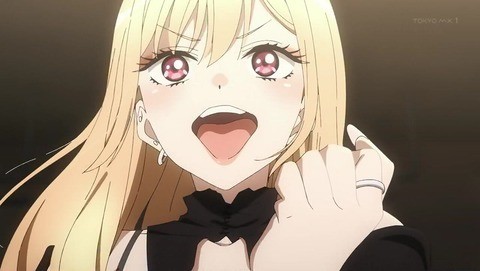 Wakana-Kun is a serious, kind, and sweet boy!
He has such a good personality and it makes the story of Kisekoi more interesting!! 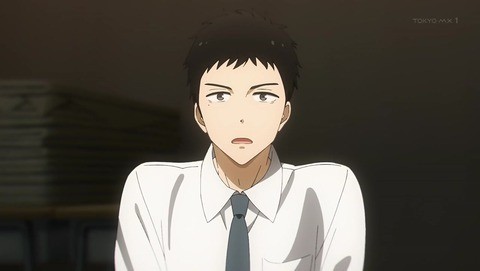 Personally speaking, the reason why Kisekoi is very interesting is because Wakana-kun has such a good personality.

His grandfather was a hina doll craftsman so he was also into making dolls since he was a child. Hina dolls are a special and traditional doll to celebrate girls’ growth in Japan. Wakana-kun feels the dolls are so beautiful and was into making them. 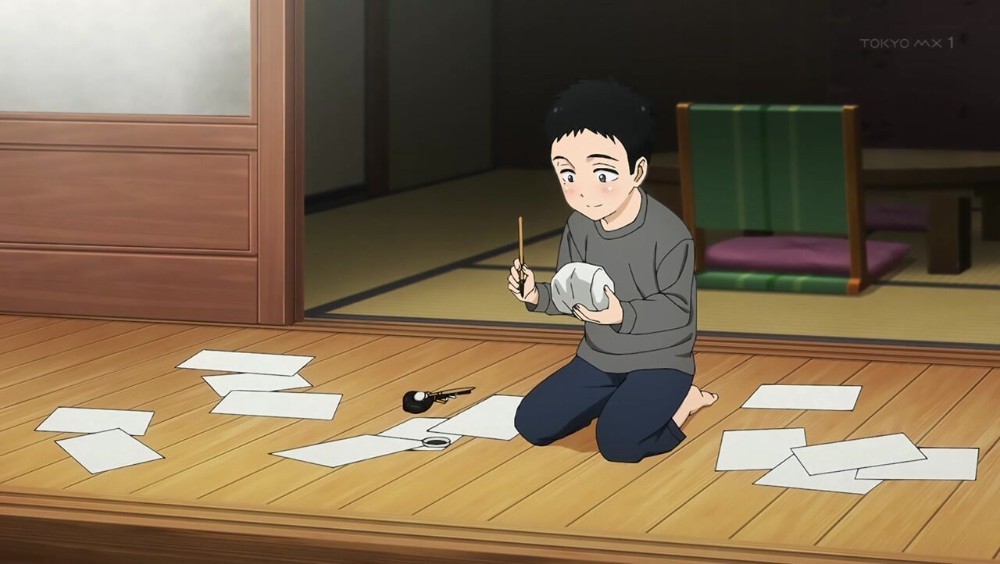 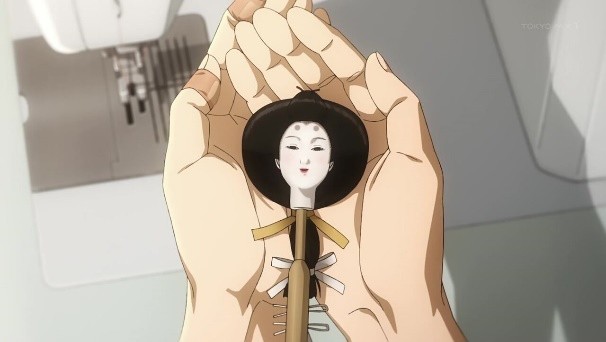 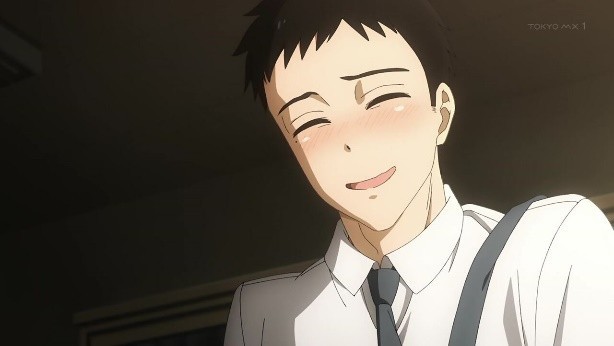 Wakana-kun lost his parents when he was little. He has been living with his grandfather since then. He goes to high school but he does not have friends because of his shy personality. Also most high school kids are not interested in making dolls. That makes him isolated. 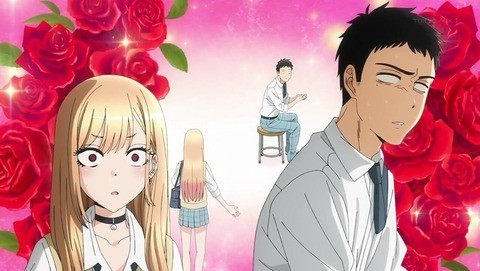 One day, Wakana-kun was using a sewing machine in home economics classroom because his sewing machine at home was broken. Marin-chan also came to sew her character costume with the sewing machine. Although Wakana-kun wanted to keep making dolls in secret, they happened to have a chance to talk each other! When he was still little, his childhood friend told him that it is weird for boys to make a doll!! His friend hurt his feelings badly. 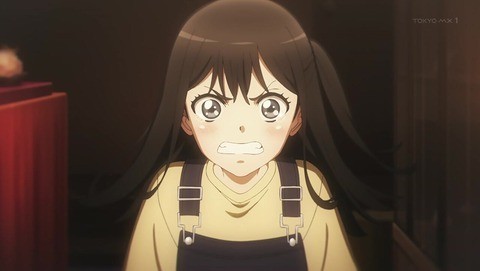 Marin-Chan was there and listened to Wakana-kun talking to the doll’s head while making it. 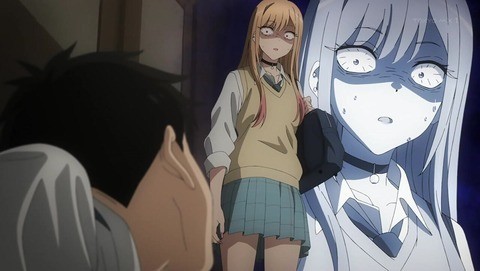 Wakana-kun was scared to see Marin-Chan’s reaction as she would feel he was creepy.
However, Marin-Chan was surprised to see his beautiful doll’s head. They started talking to each other. Wakana-kun let Marin-Chan know that he can sew doll’s clothes.
Marin-Chan told him that she loved cosplay and was trying to make it. Eventually Marin-Chan asked Wakana-Kun to make her cosplay costume. (She also told him that she would pay for all the material and production costs.) 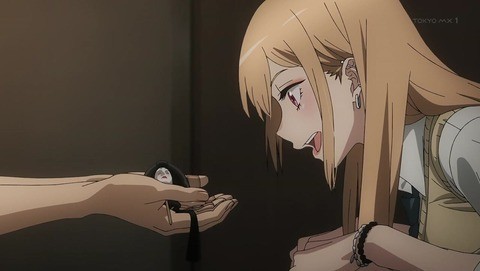 Marin-Chan showed him the costume she made. Wakana-kun was surprised because it did not look like actual clothes to wear. It looks like the similar costume of the character, but he thinks it does not function as a costume! 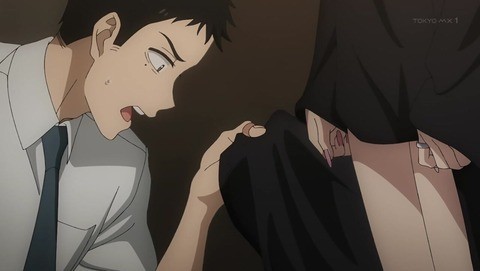 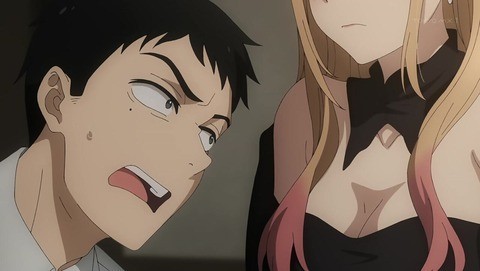 She was criticized badly and almost crying...... She looked cute though.

She does not have the skill set to make clothes, but she has passion toward what she likes! So Wakana-Kun decided to help make her costume! 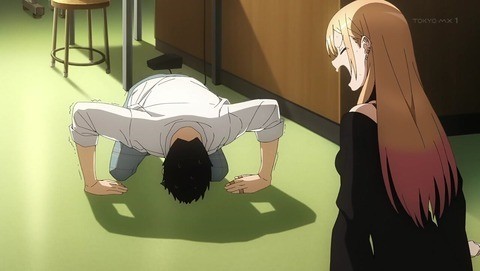 They are living in a totally different world, but they try to go out from their comfort zone by learning about a new world, getting to know about cosplay, and meeting with many new people!
It is a youth romantic comedy! 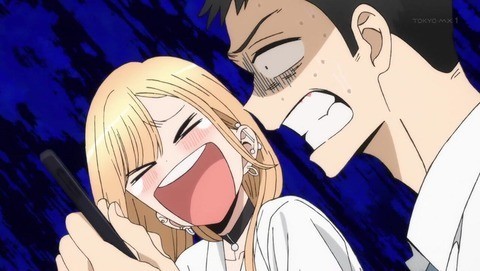 Sono Bisque Doll wa Koi wo Suru (My Dress-Up Darling) is a anime series in which each episode is a complete story. Not many serious incidents happen. You can watch an easy, fun story in every episode. Wakana-Kun and Marin-Chan learn new things about cosplay and sewing every day! The story is developed by them meeting with many people! 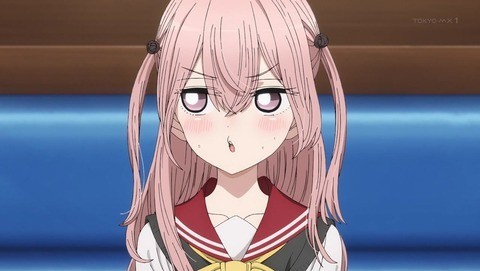 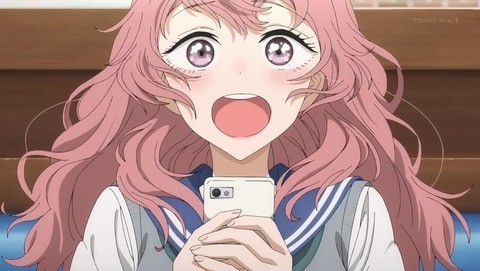 In addition to this interesting theme, cosplay x romantic comedy, all the characters in the story are charming.
Everyone has something to love. If you can share the love for something with someone, that makes you really happy. There are so many scenes in this anime that make you feel happy for sure! It is a very cute and happy story overall. 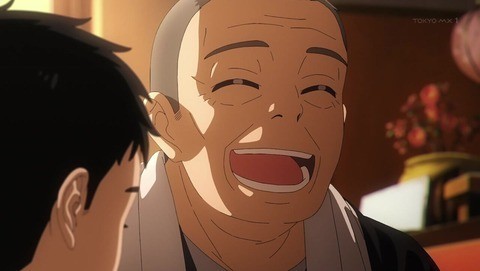 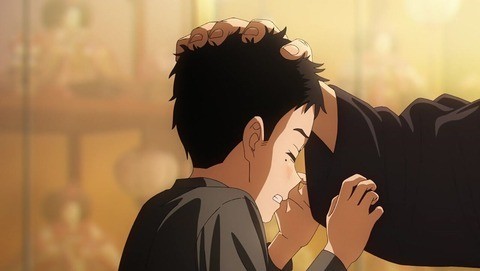 One more thing. You can learn many things about cosplay through this anime. Cosplay is not only about costumes. You have to learn about how to wear makeup and wigs! Cosplaying becomes much more fun if you know about those things! 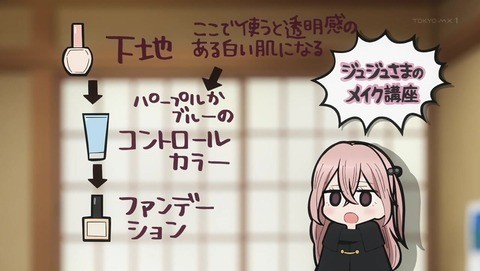 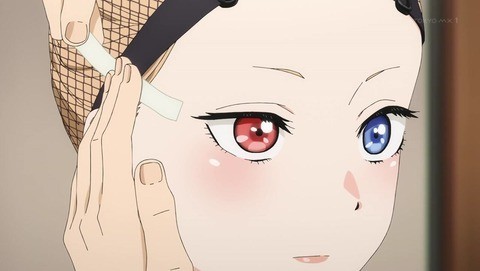 It was a really interesting anime! Easy to watch and highly recommended. If you haven’t watched it yet, please check it out! If you have watched all the episodes in season 1, please check out cute goods!!
Sono Bisque Doll wa Koi wo Suru
My Dress-Up Darling
▸

Okay, that is all for today!
Which winter anime did you like the most? Please let us know!
Sono Bisque Doll wa Koi wo Suru (My Dress-Up Darling)