Hi everyone! It’s Mafuyu from Goods Republic!!
※ This article contains some spoilers of anime version Summertime Render, episodes 1 to 4. However, the purpose of this article is for viewers who are going to watch Summertime Render for the first time to enjoy the story. 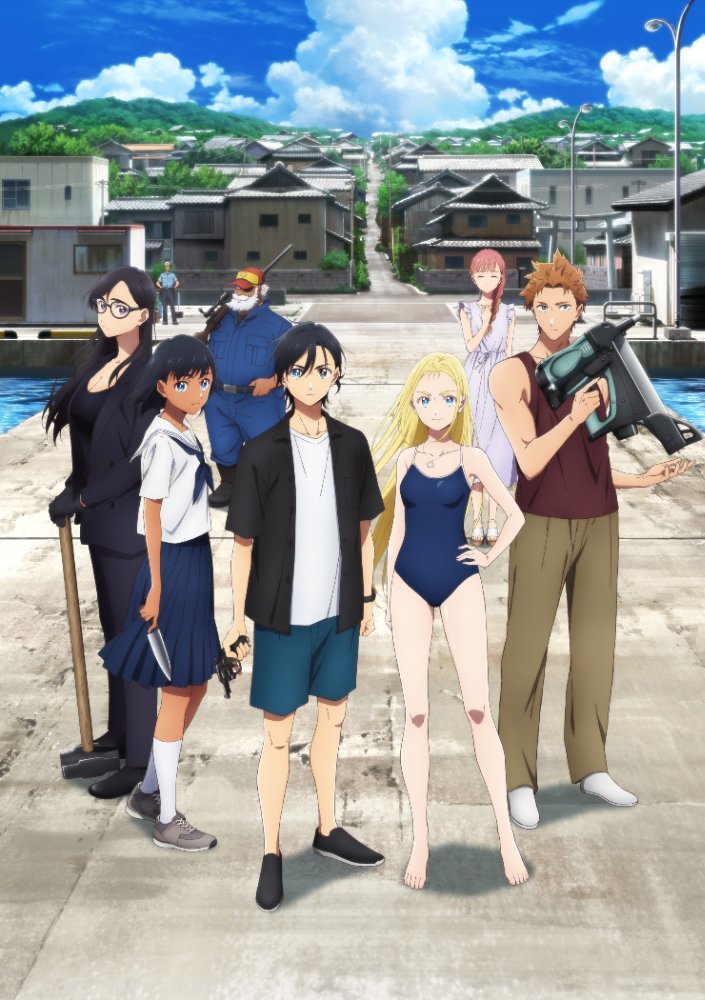 Few episodes of Summertime Render were aired and it started gathering people’s attention as an interesting mystery anime! Have you watched it already? Today, I will introduce Summertime Render’s outline for episodes 1-4!

If you are interested in the anime, but haven’t had a chance to watch it yet, please check this outline first here and then watch the anime!!

The story takes place in the small remote island.
The main character, Ajiro Shinpei was returning to his hometown to attend a funeral for his childhood friend. 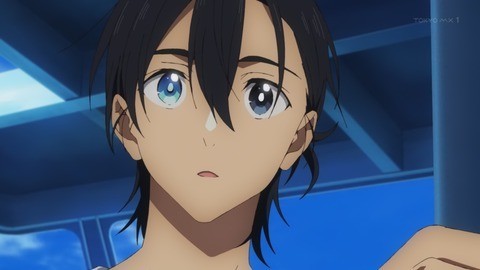 The story begins with the scene when the main character, Ajiro Shinpei, was coming back to the remote island. The reason for returning home was to attend a funeral for his childhood friend, Ushio. He heard that Ushio died in a marine accident.

It might not be an accident?
Ushio seemed to have marks of strangulation! 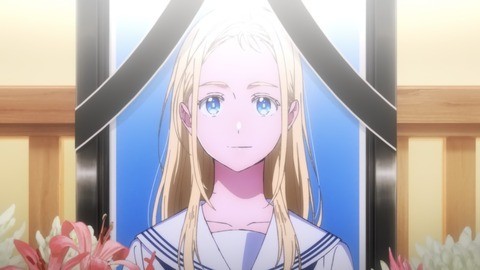 After the funeral, another childhood friend told Sihnpei that Ushio seemed to have marks of strangulation. However, at the time Ushio’s accident happened, the only person around her was the drowning child who was saved by Ushio. No one was around to strangle her. Shinpei tried not to think too much about what the strangulation meant at that time

Ushio died while saving a drowning girl in the ocean, but the girl who was saved by Ushio and her family vanished after attending Ushio’s funeral.

The next day after the funeral, a police officer told Shinpei that the girl who was saved by Ushio and her family vanished. According to the police, the child’s family was having a lot of debt so they might just run away at night. Shinpei was wondering why they left at this time since they were all attending the funeral for Ushio.

A guy told Shinpei and Mio who was Ushio’s little sister that it could be because of an old legend on the island.

Ushio’s little sister, Mio, told Shinpei that strange things were happening in the island. She said, two people who look exact the same exist in this island, just like “Doppelgänger” (a ghostly double or counterpart of a living person).

Furthermore, the child who was saved by Ushio told Mio that she was stared by a girl who was exact like herself for a while.

“If you see your own “shadow”, the “shadow” will come to kill you.
Once you are killed, then your shadow will kill all of your family.”

It was like a rumor about old urban myth that everyone already forgot...... 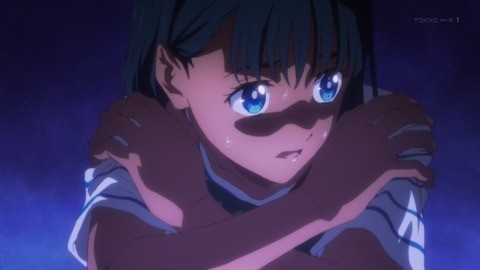 Suprisingly, Mio said that Ushio saw something that looked like herself 3 days before she died.

The two decided to go to the shrine, where the guardian god is enshrined on the mountain to ask for help. What they saw there was...... 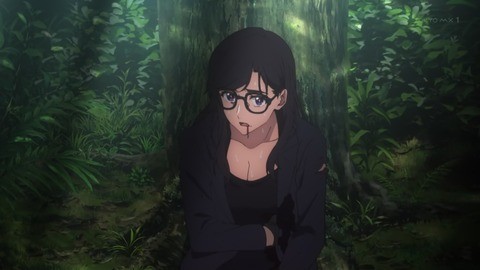 After Shinpei and Mio heard about the shadow from the guy who just walked by, they went to the shrine, where the guardian god is enshrined on the mountain. They saw a lady who Shinpei came to the island with the same ship, and......

Mio’s “shadow” killed the lady and Mio with the gun quickly. 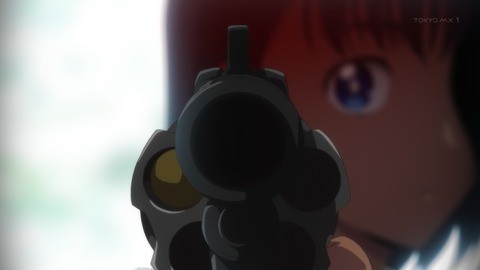 then, it killed Shinpei without hesitation.

Shinpei woke up at the same spot he got off the ship at the port.
Shinpei time-leaped to the past! 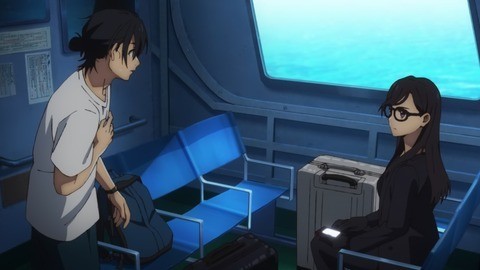 Shinpei died but woke up. Shinpei time-leaped to the past at the point he got off the ship to return the island. Mio and the lady who he met in the ship were also alive!!

Shinpei time-leaped to the past with his memory of things that happened before being killed. He saw that things happened repeatedly. So when Mio came to see Shinpei at the port with her bicycle, she could not stop and fell in the ocean – he knew this happened. 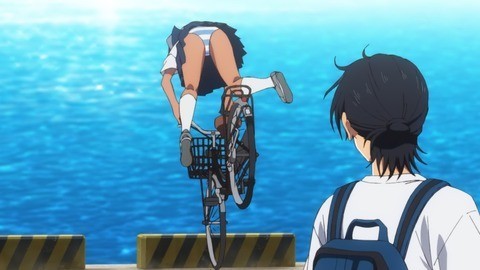 He knew that it happened because the brakes of the bicycle was cut. 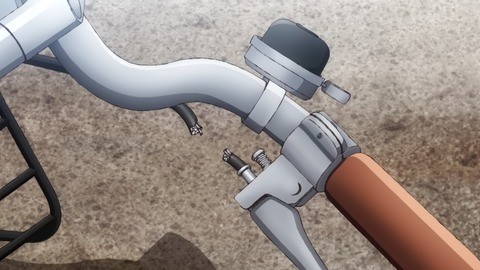 The shadows in the island are trying to attack their “double” slowly.
At the same time, Shinpei noticed a scary fact. 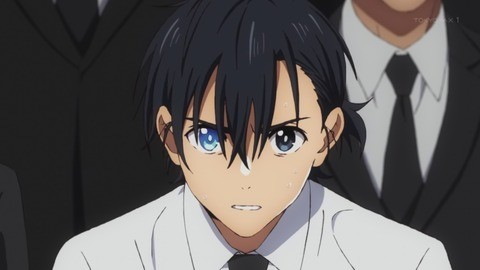 As Shinpei did before, he attended Ushio’s funeral again. He started seeing the shadows in the island and witnessed the islanders killed by shadows......

He was killed repeatedly by the shadow and time-leaped to the day before the funeral at the port again and again. The shadows were smart and Shinpei struggled to fight against them alone. He tried to tell people what was happening and find someone to help each other, but also he was afraid of telling what he found to people because they might be the shadows. 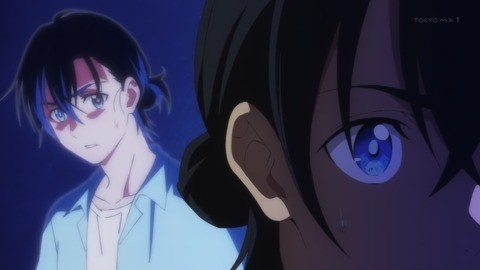 What is going to happen to Shinpei? Is he going to find out what the shadow is? What was the secret that Ushio left? 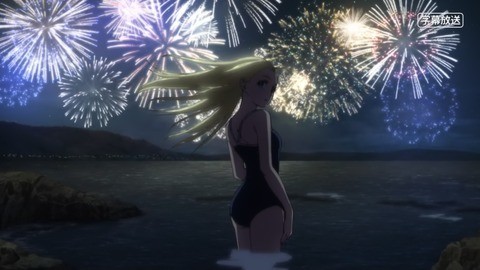 It is so much fun to watch Summertime Render anime version. It has great tempo and its screenplay is very well written as a mystery. The secrets are revealed gradually and new incidents make us surprised one after another. It is heart pounding to watch! If you want to enjoy mystery in anime, please try Summertime Render!! 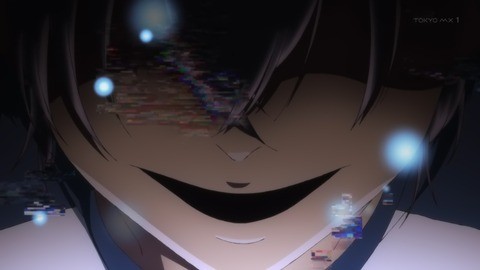 Okay, that is all for today! I will see you in the next article!!
Have a good day!!
Summertime Render