I don’t want to spoil it for those of you who haven’t seen it yet, so I won’t go into the synopsis! But, it was such a good anime......, one such that makes me want to go on a vacation- sort of great anime~!
I heard that this anime’s location setting models an actual summer resort in Japan, so once the current situations get calmer, I really want to visit~~!! I want to travel! ST☆RISH just looks so fun, and my heart was refreshed......!! (Err I wish if they’d do the anime series again......!) 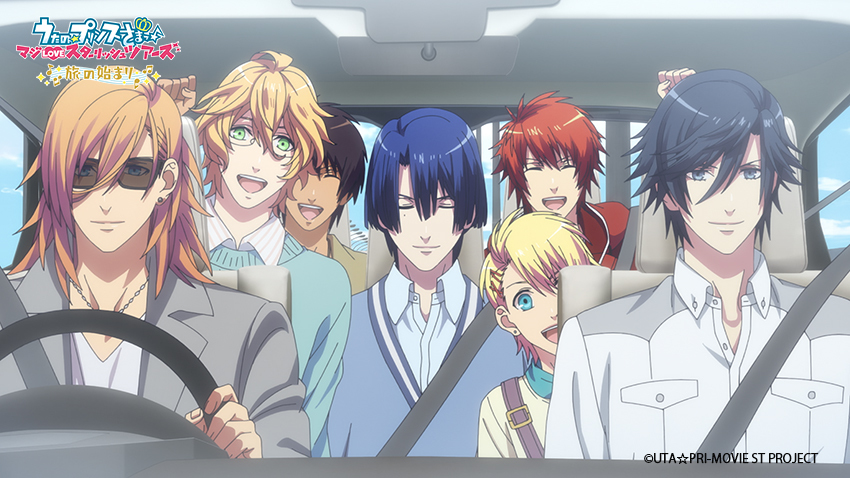 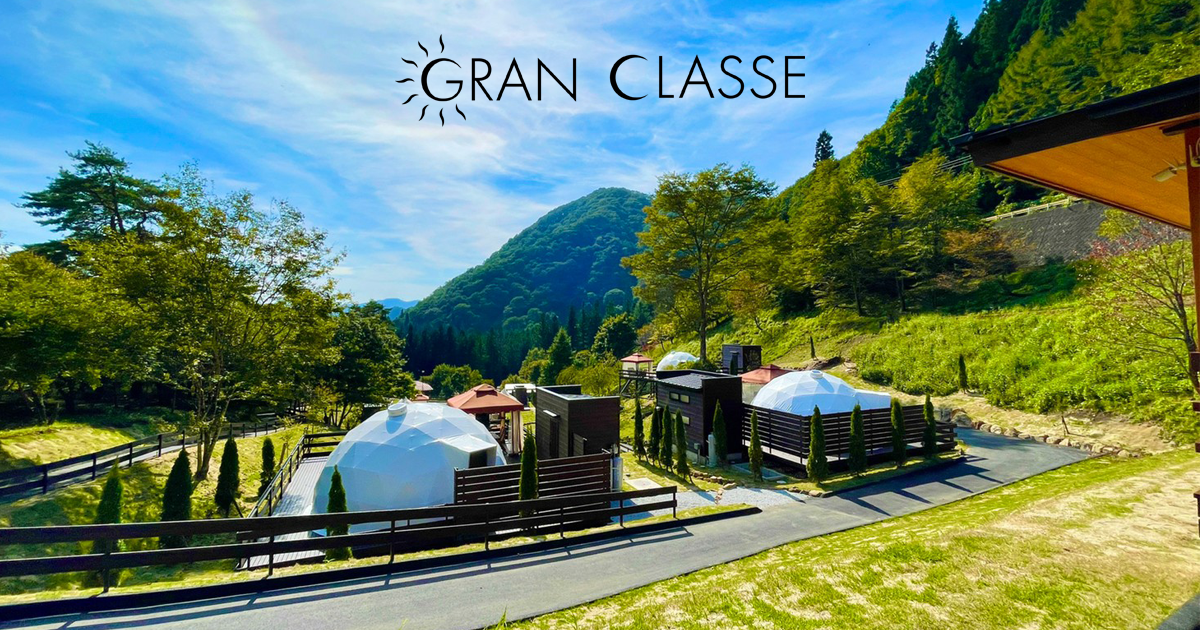 Well! Today, I’ll introduce to you these members who were also in the new anime! ST☆RISH and QUARTET NIGHT are not the only stars! I want everyone to get to know this new unit that originated from anime!

【Uta no Prince-sama】Moments away from the all-new-movie in theaters! Main Crew isn’t just ST☆RISH!Must find out all about the anime-originated new unit, HE★VENS and its charm! 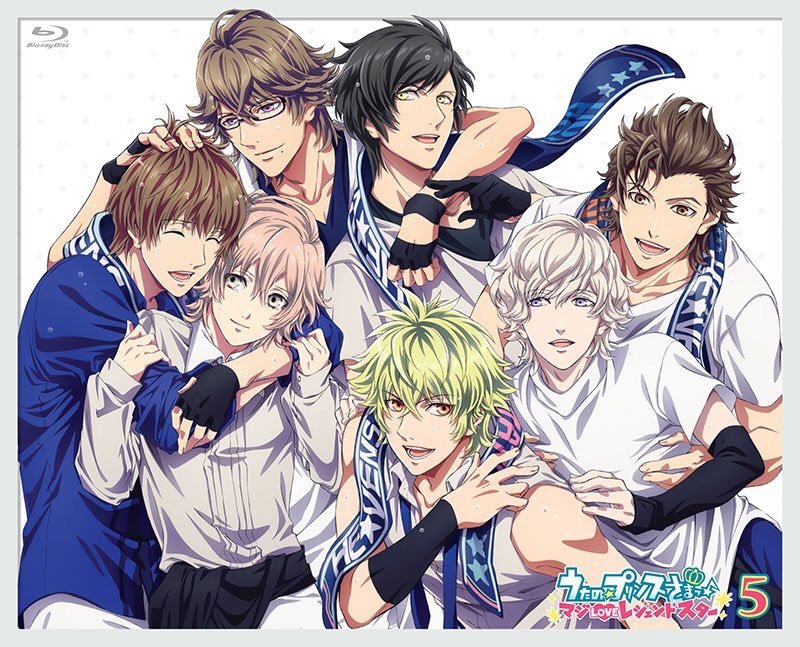 Introducing to you today is HE★VENS!, a new unit that’s joining from the anime series! They are a tightly-knit unit that’s attractive in a different way to ST☆RISH and QUARTET NIGHT! Since they haven’t appeared in smartphone games yet, they may not be well-known yet, so take this opportunity to learn about them!

What kind of unit is HE★VENS anyway? 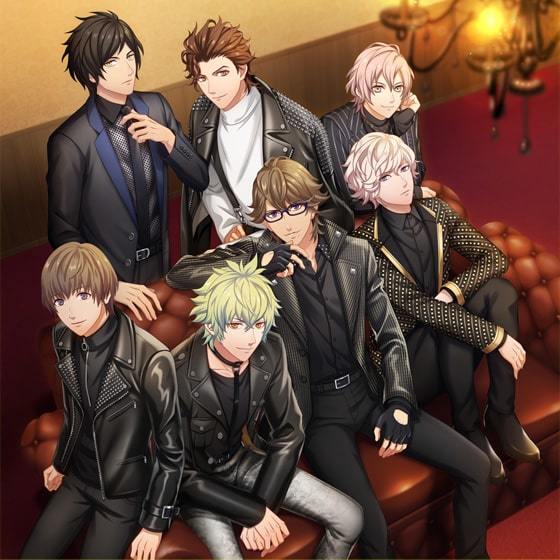 HE★VENS is the rival group to ST☆RISH starring since Series2! In the entertainment industry, they’re signed to Raging Entertainment, and originally started in Series 2 as a 3-member-unit. But In Series 3, 4 additional members are announced, and the group is currently active as a 7-member-unit! One unique fact: they refer to their fans as “angel”! (How cool!) 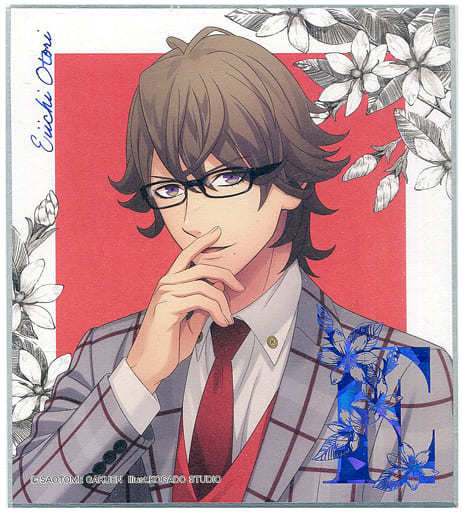 https://goodsrepublic.com/product/tag_page.html?tags=28411
Son of the President of Raging Entertainment, and leader of HE★VENS.
Personality-wise a little cocky, but this is because of full confidence in himself and other members of HE★VENS.
An excellent leader who values and cares about HE★VENS’s members. He tends to obsess to what he’s drawn to, which can put off the other members at times.
His attitude to music is passionate and dedicated, while competitive against HE★VENS, he acknowledges their high talent. His hobby is to watch auto racing. 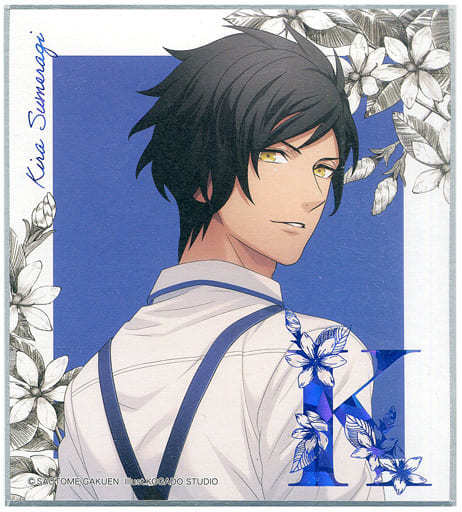 https://goodsrepublic.com/product/tag_page.html?tags=28412
Cool and super popular, the charismatic star of few words.
His family lineage has a long history in Tosa Province (modern day Kōchi-Prefecture, Japan). He is poised with extreme calmness, but he has a will of steel and hard commitment, and always finishes what he begun without ever giving up.
He’s an excellent pianist and performs at various venues during live performances. His hobby is ceramic art, and his performances are often reminiscent of the Zen. 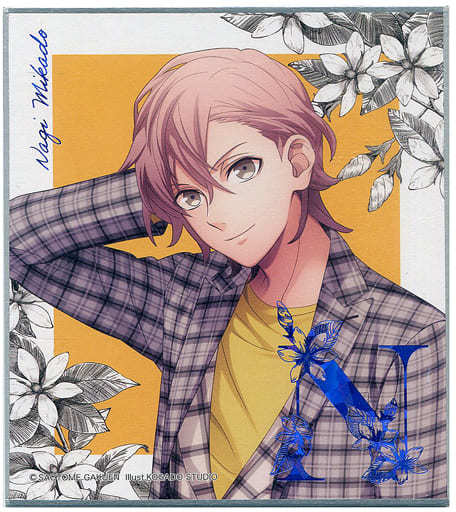 https://goodsrepublic.com/product/tag_page.html?tags=28413
Self-claimed “Universe’s cutest idol” at age 13! Popular celebrity with a devilish charm!
Although he appeared in Uta no Prince-sama as the youngest idol, he is both mature and professional. But on rare occasions, he shows his cute childish side like making selfish demands and tearing up when overly emotional.
He is extremely intelligent and as a result, felt life was boring. He was attracted to the job as an idol for its potential to “grab another one’s heart,” and is making it his purpose of life. 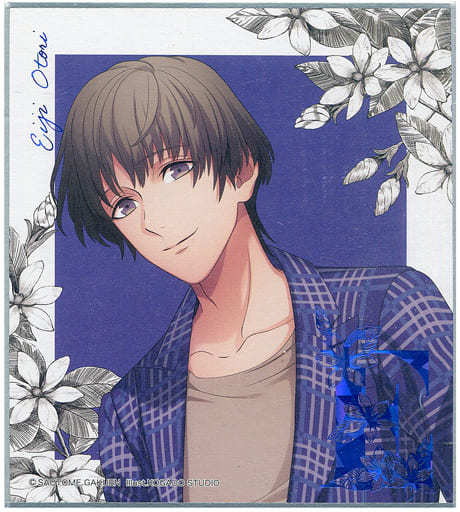 https://goodsrepublic.com/product/tag_page.html?tags=215125
One of the four newest members.
The younger brother of the leader, Eiichi Otori. People first expected similar personality to the older brother...... but turns out to be a likeable young man who is very kind and friendly.
He highly admires his older brother, Eiichi, and has a remarkably natural gift for being an idol.
In particular, he can memorize dance and songs at first sight, perform immediately, and Tokiya called him a “genius.” He’s very good at cooking and gardening, so can often be seen making hand-made meals for HE★VENS’s members. 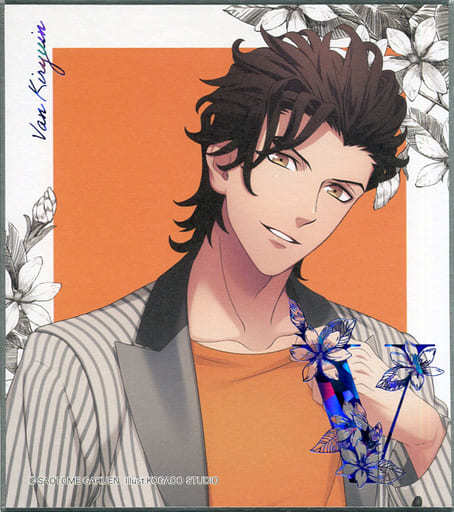 https://goodsrepublic.com/product/tag_page.html?tags=215126
One of the four newest members.
HE★VENS’s oldest member, and unique for speaking in the Kansai(ish)-dialect.
“Everyday is an adventure. Give life its all” is his motto. He is straightforward in nature and won’t hide his interest for attractive things and people. Aside of singing, his acting ability is also exceptional, and has high reputation. One downside is that he procrastinates getting energized to last minute, but on stage, his passion and performance is the best of group. 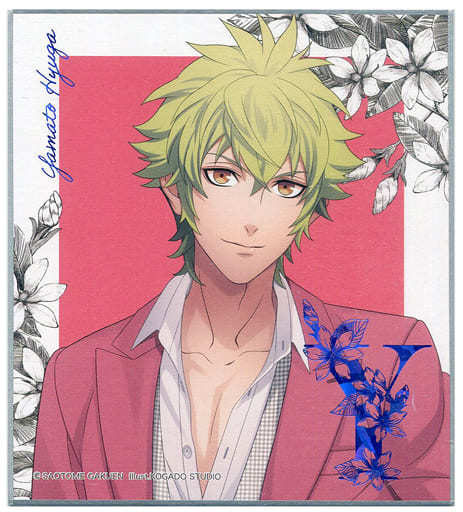 https://goodsrepublic.com/product/tag_page.html?tags=215128
One of the four newest members.
The younger brother of Hyuga Ryuya, who was an ex-director of ST☆RISH at the academy.
He competes against his brother since young age, and that’s how he ended up of signing with Raging Entertainment, to compete against the company with his brother and ST☆RISH.
He’s quite a passionate character and his physical ability is extremely high. He works out daily and he’s the first to run over when there’s trouble (for good and for worse). He’s not very good with difficult vocab and kanji. 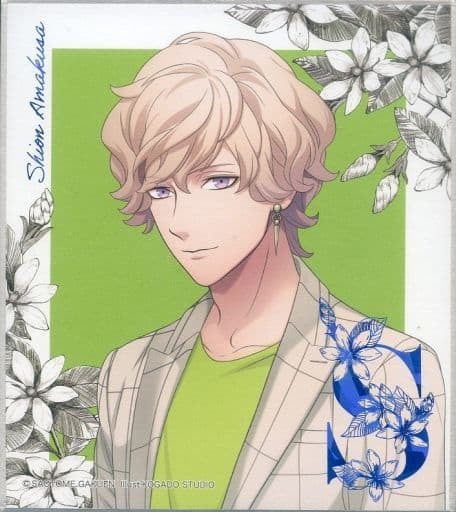 https://goodsrepublic.com/product/tag_page.html?tags=215127
One of the four newest members.
His words are often quite poetic and is not easily understood by his surroundings.
However, his personality is sensitive yet dedicated, and his passion and professionalism toward his job as an idol is not any less than any other member of HE★VENS. Like his vulnerable looks, he is not very confident of his physical abilities. Also, he is a kind soul who loves the group HE★VENS deeply, and cares about each of the members.

And so, this group has the most number of members out of all units in Uta no Prince-sama. But it’s an awesome unit that consists of unique and caring members!! 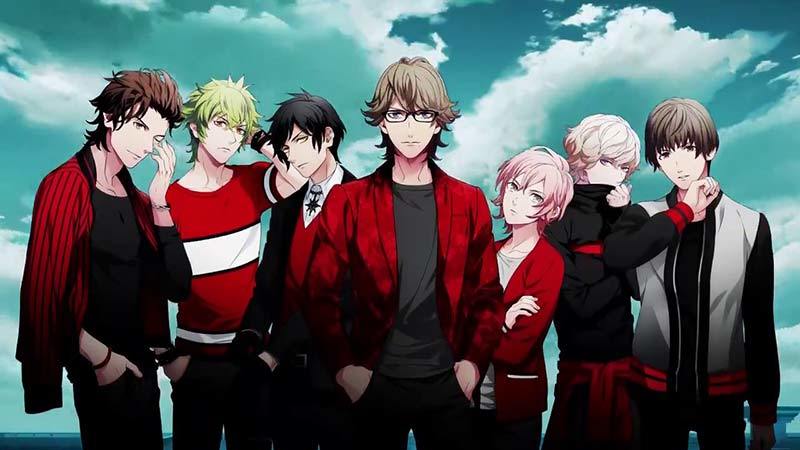 Personally, I’m hoping that they’d show up soon in the smartphone game『Shining Live』...... but I don’t know...... Maybe not? It’s a different agency, ......but this year is『Shining Live』’s 5th anniversary!! So maybe......!!! HE★VENS could possibly join!! That would make me very happy!! I’m seriously hoping!! 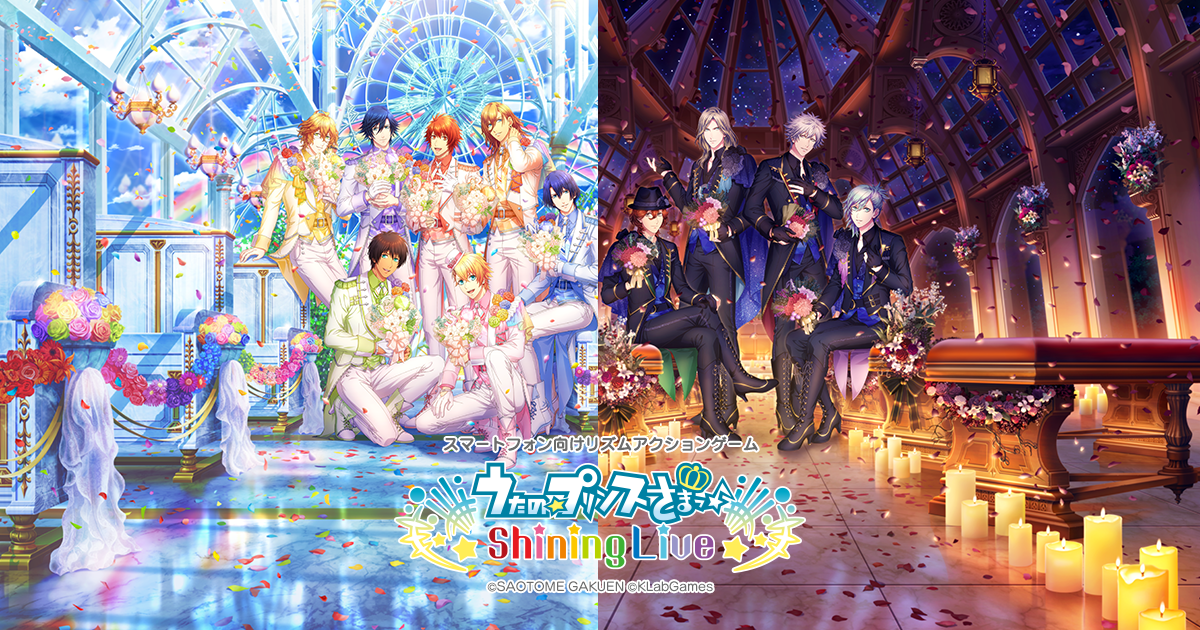 Those of you reading this article, which unit do you like? (I think every unit has their own charm, and I love them all!)
They are also planning on a all-new-movie version for theaters in September of 2022, and maybe units other than ST☆RISH could make a special appearance......!! (I want them to!!!) Everyone, please, join me in reviewing the anime series to date, and let’s look forward to their performance at the movie theater ~!!