Hi, everyone!! It’s Mafuyu from Goods Republic!! It’s already mid-September!! The Fall anime list has been filled up! It will start airing in October 2022!!

Today, I want to talk about a very popular anime that will be aired this fall. It has reached season 6! This season may be described as a worst case scenario with turbulence!

【Hero Academia】Anime season 6 will start airing in October 2022!! The worst case scenario may be happening! Anticipated to be the shortest and most serious season ever!! 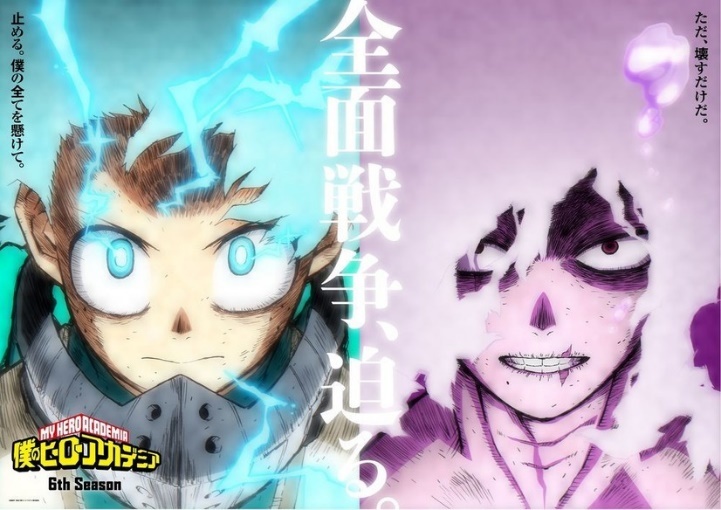 That’s right! Everyone is waiting! Boku no Hero Academia (My Hero Academia) season 6 will start in October 2022! Manga version has been serialized in Weekly Shonen Jump and it is moving toward the last chapter.

It is not easy to review all 5 seasons, but we will quickly re-check every season and talk about season 6 in this article!!

※ Spoiler alert!! From this point, this article contains spoilers for seasons 1 to 5 of My Hero Academia. We will give quick overviews of each season.

Season 1: Main character, Midoriya Izuku enrolled in a prestigious hero academy even though he does not have a special power (Quirkless). (On-air date: April – June 2016)
Midoriya Izuku 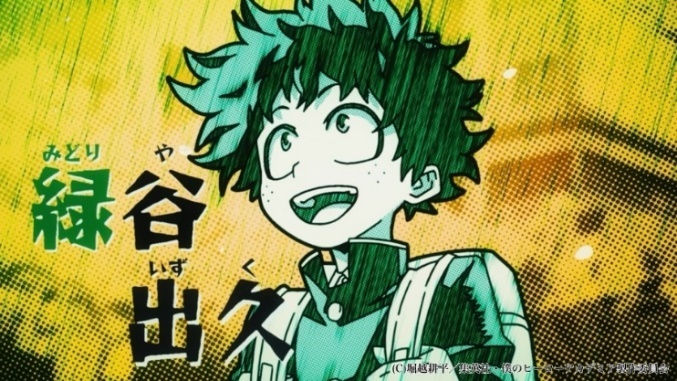 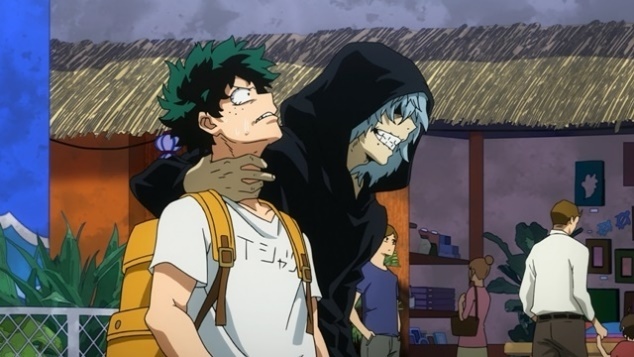 In season 1, the main character, Midoriya Izuku, who does not have a super power (called Quirkless in his world) inherited a super power from the legendary hero, All Might. Izuku was dreaming of becoming a hero, so he enrolled in the prestigious hero academy!

In Izuku’s world, 80 percent of the population has some kind of superpower. People use their special power for crimes and the world was chaotic with no law and order. The hero academy trains its students to become heroes and to help those who have less powerful Quirks, or those who do not have them at all, to stand against the villains. In seasons 1 and 2, Izuku met with various classmates and grew up with them as a future hero.
Season 3: Summer boot camp! Students were trained to be more powerful! At the same time, an era for heroes versus villains ended. (On-air date: April – September 2018) 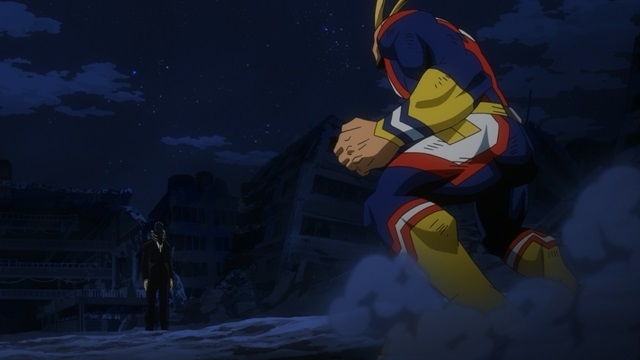 Season 4: In fall, Izuku and his classmates were in their hero work-study program and also participated in the school festival. The spirits of heroes are continued to the next generations. (On-air date: October 2019 – April 2020) 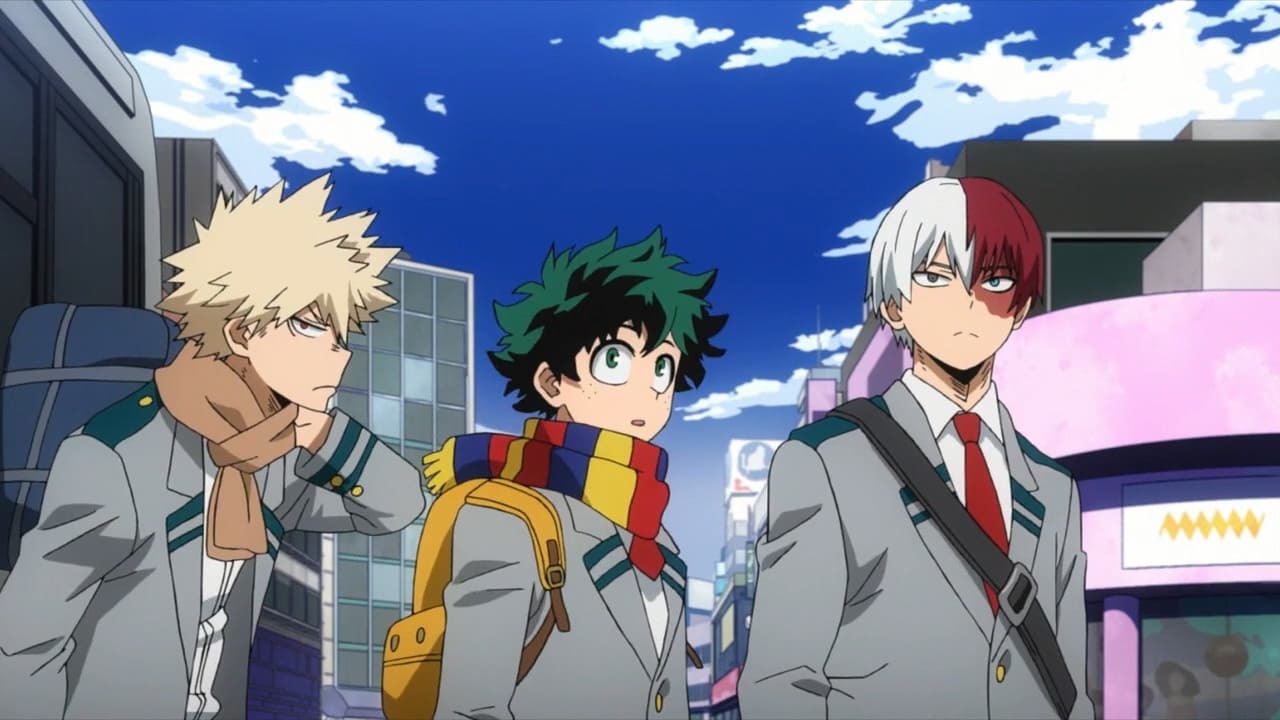 Toward the end of season 2 to the beginning of season 3, villain figures were clearly described in the episodes.

As well as the heroes’ strong will to protect people, villains also have strong desire to follow. In fall, students at the hero academy were in their hero work-study (internship) program. They experienced various things and grew up together. However, one day, a big incident happened.
Season 5: Finally the attack from villains became serious! The season changed from fall to winter. Each character started asking themselves about their existence as a hero and what villains are. (On-air date: March –September 2021)
Shigaraki Tomura 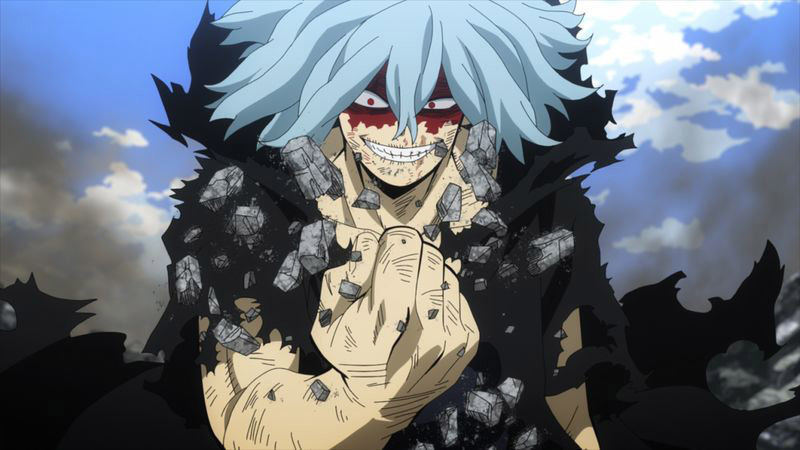 In season 4, heroes and villains were fighting a fierce battle over a girl’s super power. Heroes won the battle, but they scarified a lot. Some heroes were badly wounded physically and mentally and could not work as heroes any more. They lost a lot.

In season 5, after the winter break, the villains recovered and the numbers of villains increased tremendously. They were preparing for the next large battle versus the heroes.

In season 6, the worst case scenario may happen. Finally possible last fight between heroes and villains will begin.

Finally, in season 6 in 2022, the unavoidable fight between heroes and villains will begin. Both sides lost the leaders from the previous fight, the number 2 positions and heirs will continue their pride and will.

From what volume of the manga version will Season 6 cover ? 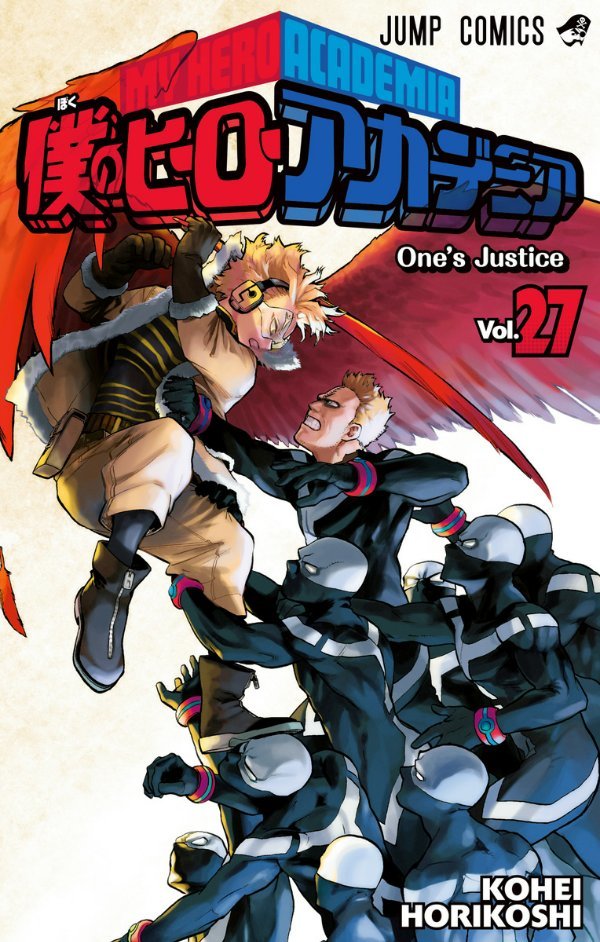 Season 6 will cover from volume 27 of the manga. It seems like the season starts with an episode of a character on the cover...... If you are interested in checking the story, please read volume 27 and after!
Boku no Hero Academia (My Hero Academia)

Okay, that is all for today! I will see you in the next article!
See you soon!!
Boku no Hero Academia (My Hero Academia), Midoriya Izuku, Shigaraki Tomura