It is almost October!! Yes! Fall 2022 Anime will start airing very soon! Which fall anime are you going to watch? Did you check the list?

The anime lineup for this season is super gorgeous! It’s perfect for the end of 2022! Check here for Fall 2022 Anime List!

And more! Today, I want to introduce this anime that is probably the most popular anime this season. I will explain why it gathers people’s attention so much and becomes very popular for 5 min!!

【Chainsaw Man】Starts airing on October 11th, 2022! Let’s check out the most popular anime this fall, Chainsaw Man, for 5 min!! 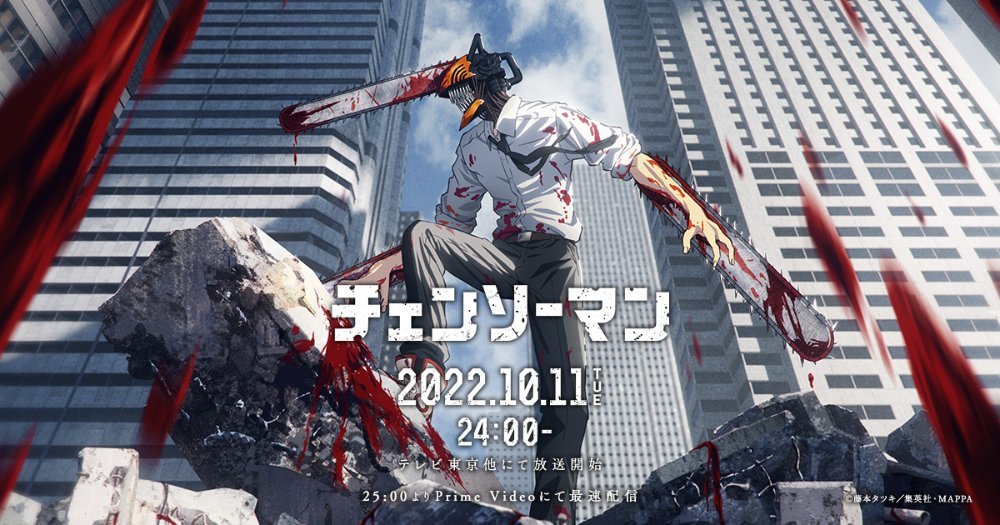 This is the most popular anime this season! Chainsaw man! Why is Chainsaw man popular that much? Let’s check some points together for 5 min! 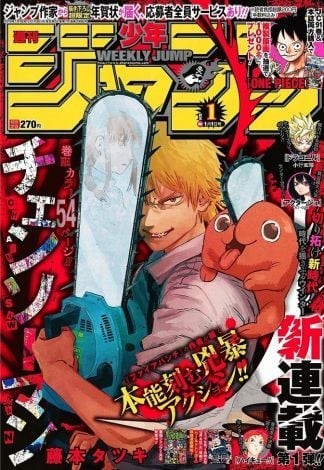 One of the reason why that there are many Chainsaw man fans is because its first part was serialized in Weekly Shonen Jump from 2018 to 2020. The second part started serialized in the web edition since 2022 and start becoming popular again.

The theme is『Devil hunter』. It takes place in the unique chaotic world that contains battle, suspense and fantasy. 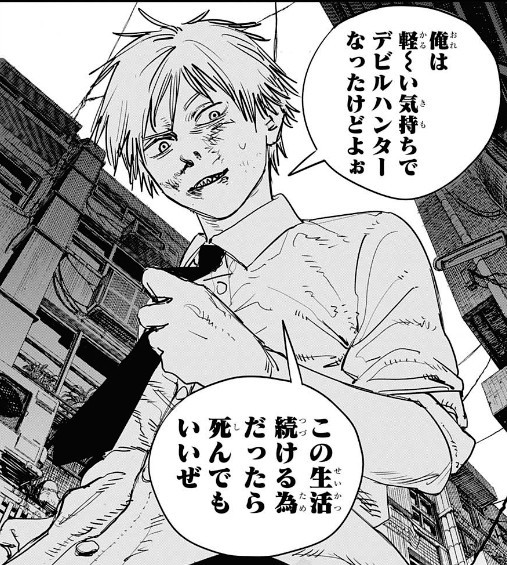 The main character, Denji, is a young man trapped in poverty and was working as a Devil Hunter. One day, unfortunately, he and his aide, Pochita, got avenged by a devil who he thought he killed
Pochita 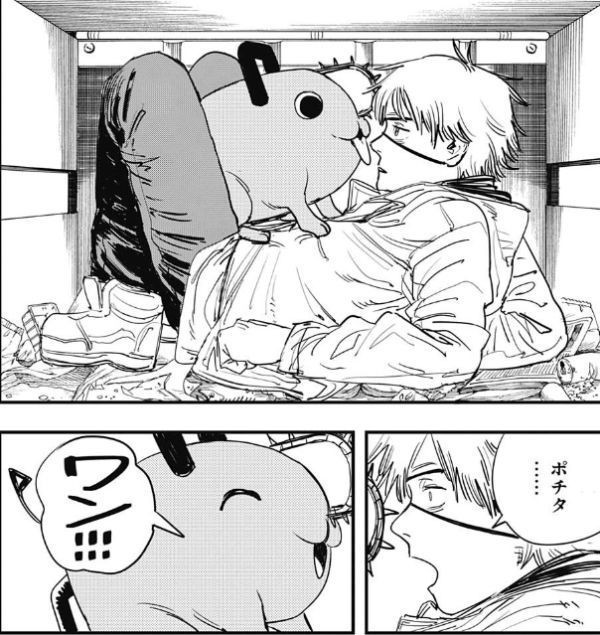 Denji’s companion pet devil, Pochita, made a contract with Denji to bring him back to life. Denji merged with Pochita and returned as a human-devil hybrid. Denji became Chainsaw Man and started fighting against various devils again.

I personally think that the second reason why this manga became popular was because of the main character’s personarity. Denji-kun is very simple and honest guy. He is even a little dummy. He was living in poverty for long and what he wanted was very simple - to live happily and peaceful life, hopefully spending time with a cute girl who he likes. He was not dreaming big. It was very modest dream. People like his honest and sweet personality.
When Denji sees a cute girl, he says “So cute!!!” in his mind and for real at the same time! 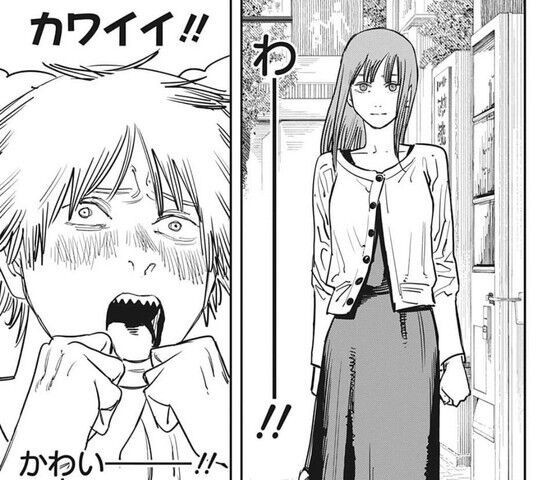 The devil’s world Denji lives is cruel and seriously dangerous. However, due to Denji’s silly personality, there are many comedic parts in the story. There are not only Denji, but also many cool and charming characters in the story as well. The fans really like the gap between the serious worldview and interesting characters/funny storylines. It is also a reason for the popularity.

MAPPA who created anime and movie version of Jujutsu Kaisen (Sorcery Fight) is in charge of anime production!! They are fired up! 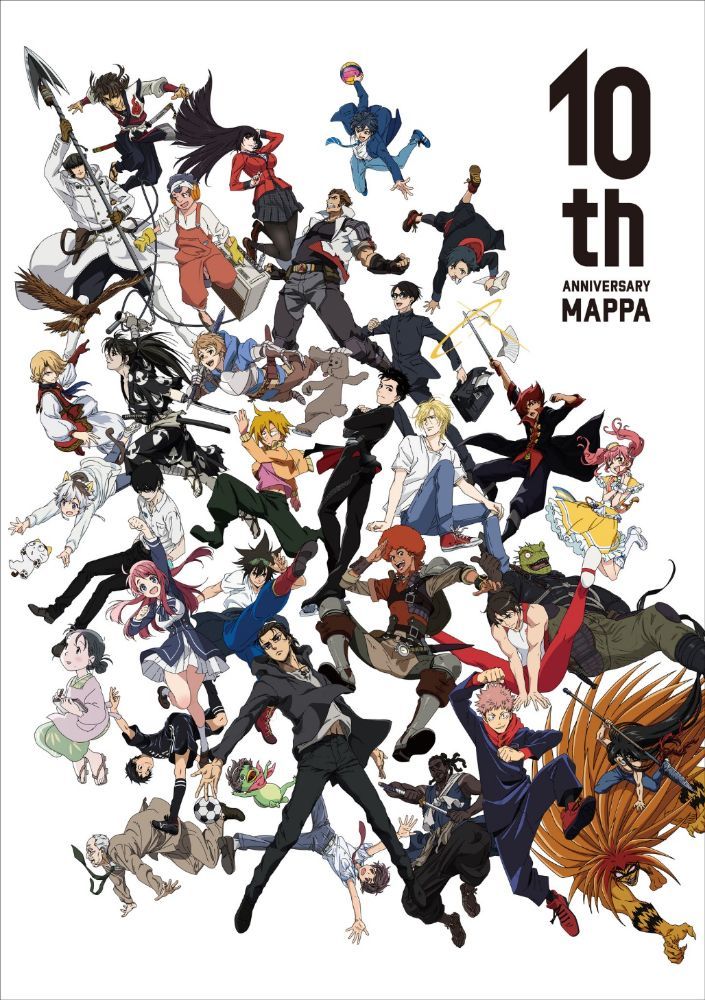 To read this interview, we all know that MAPPA will be making effort to create Chainsaw man anime versions! Their words in the interview are very strong! So fans are all expecting high!!

We have newly released items and rare goods!
Check here for total 400 items for Chainsaw man!

So, Chainsaw Man anime already has high expectations and interests in Japan. The story development of its manga version is dynamic and interesting. If you don’t know anything about Chainsaw Man and haven’t read manga yet, it may be a good idea to watch anime episode 1 without any prior knowledge. MAPPA will create animation with enough information for those who do not know much of Chainsaw Man. Everyone can enjoy the episode 1 for sure!!

Interested in getting Chainsaw Man manga version? Let’s check our sister site, Manga republic!! We have both Chainsaw Man Part 1 and Part 2!

Okay, that is all for today! I will see you in the next article!
Have a good day!!
Chainsaw Man, Denji (Chainsaw Man), Pochita