So, today, I want to review the anime that aired episode 1 in November! The season 2 looks like a new series! I will explain about girls, battles and how they related each other......etc. if you watched episode 1 and did not fully understand the story, or want to start watching the series now, this article will help you to enjoy the new series of Kan Colle for sure!!

【Kan Colle】Is it season 2? It looks like a new series! You should know the basic knowledge of Kan Colle before watching episode 2! Let’s review Kan Colle together! Kantai Collection, aka Kan Colle, started airing a little later than other anime. It is season 2, but it was like a totally new series. What kind of story is it? What is the difference between season 1 and season 2? I will explain about this new season as simply as possible! 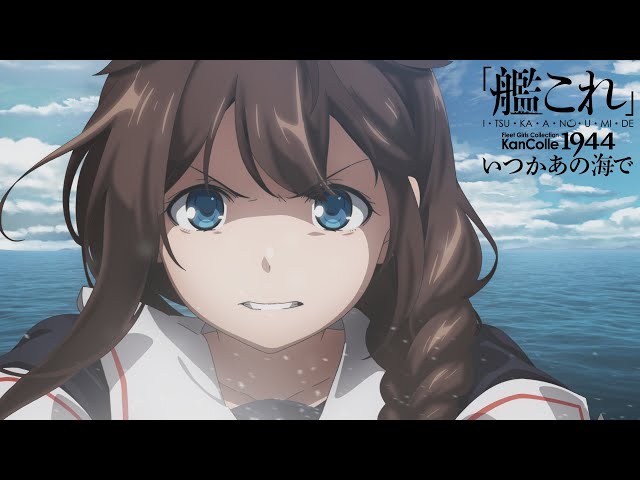 The game, Kantai Collection - Kan Colle, what kind of game is it? Historical Japanese “battleships” were humanized! It is a strategy role-playing game for PC!

Kantai Collection, aka Kan Colle, is a strategy role-playing PC game game released in 2013 in Japan. It is set in a war-torn future where battleship girls (Kan Musu) are used for combat in place of humans! Players become an admiral and fight against a mysterious opponent that controls the ocean. Players as admirals have to lead the Kan Musu to work together to defeat the evil opponent. The mysterious opponent was called Shinkaiseikan. They were a group of monsters that look like battleships or transport fleet. Their purpose for the existence is still unknown. Their womanized looks stand for their strength in the game. One of the reasons why Kan Colle anime is popular is mysterious story settings. Viewers can find out the reasons behind the mysterious settings described in anime. They can also watch detailed background, lives of characters, worldview......etc that are not usually described in the game version.

How is the new series of Kan Colle? What is the difference from previous season? Compared to previous season, the story is very serious!
The story has deep and serious atmosphere even from episode 1!

If you watched episode 1 but did not fully understand the story, let me explain it. In episode 1, the story descdibed that Kan musu started being cornered because their opponent gained advantages.

The main character, Shigure, keeps fighting regardless of their unfavorable situations. Her friends had to leave injured, or never came back from their battles. The numbers of her friends were decreasing. One day, their “admiral” gave them an order. The order was to reorganize all troops. Kan Musu realized something immediately.

It was because of too many missing battleships. The situation is not favorable to them. Not many battleships are left to fight against their opponent now. So they need to reorganize their troops. Shigure was transferred to new troop, but the members in the new troop were not happy about situation and don’t get along each other. They were saying that this troop was a decoy troop to lure the opponent because they were “the group of incomplete battleships”! Everyone was very disappointed and felt hopeless about their situation which was worse than they first thought. Even if they were treated as decoy team, they swore that they “survive” together no matter what. They left for the battlefield as their first and last place to fight!

This serious story in new series is very different from the previous fun and bright story of Kan musu, but I must say that both describe Kan Colle very well!
New series will focus on Kan musu’s attitude to work seriously!

I felt that new series does not explain a lot about Kan Colle basics. What kind of story is it? Why are they fighting? The first time viewers may have these questions and may take time to understand the background of the story. However, the story itself is not that complicated, so keep watching the series! If you have time, I recommend that you watch the previous season anime as well. Okay, that is all for today!
I will see you in the next article!! Have a good day!
Kantai Collection - Kan Colle -, Mogami (Kan Colle), Yamashiro (Kan Colle), Fusou (Kan Colle), Shigure (Kan Colle)