Hi everyone! I love comedy because it always refreshes my feeling after watching it! It’s Mafuyu from Goods Republic!

Which comedy anime should I watch? Is there a perfect anime for me to watch? Yes!
I found one in the lineup of Winter 2023 Anime that just started airing!The season 1 of this anime was very popular, so many people already know the title. If you haven’t seen its season 1, let’s review it together in this article! 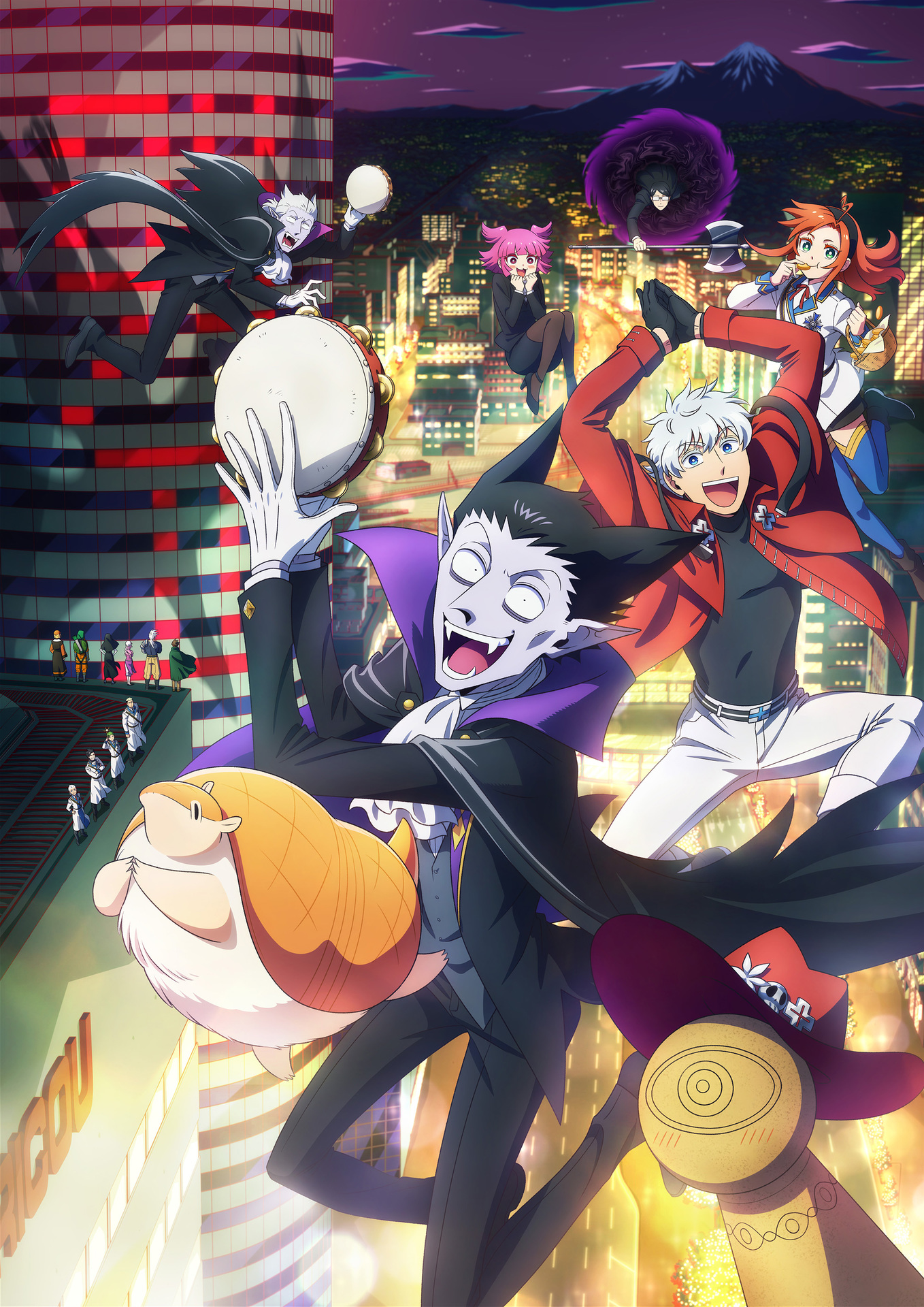 The Vampire Dies in No Time season 1 was aired in 2021 and it became a big hit! Season 2 just started in January 2023! The title can explain a lot about this story, but I will review season 1 quickly for those who haven’t checked season 1 yet!

The original manga of this big hit series was sold over 3 million copies! This comedy manga is really popular because of its good tempo and the style of story. Each episode is a complete story! 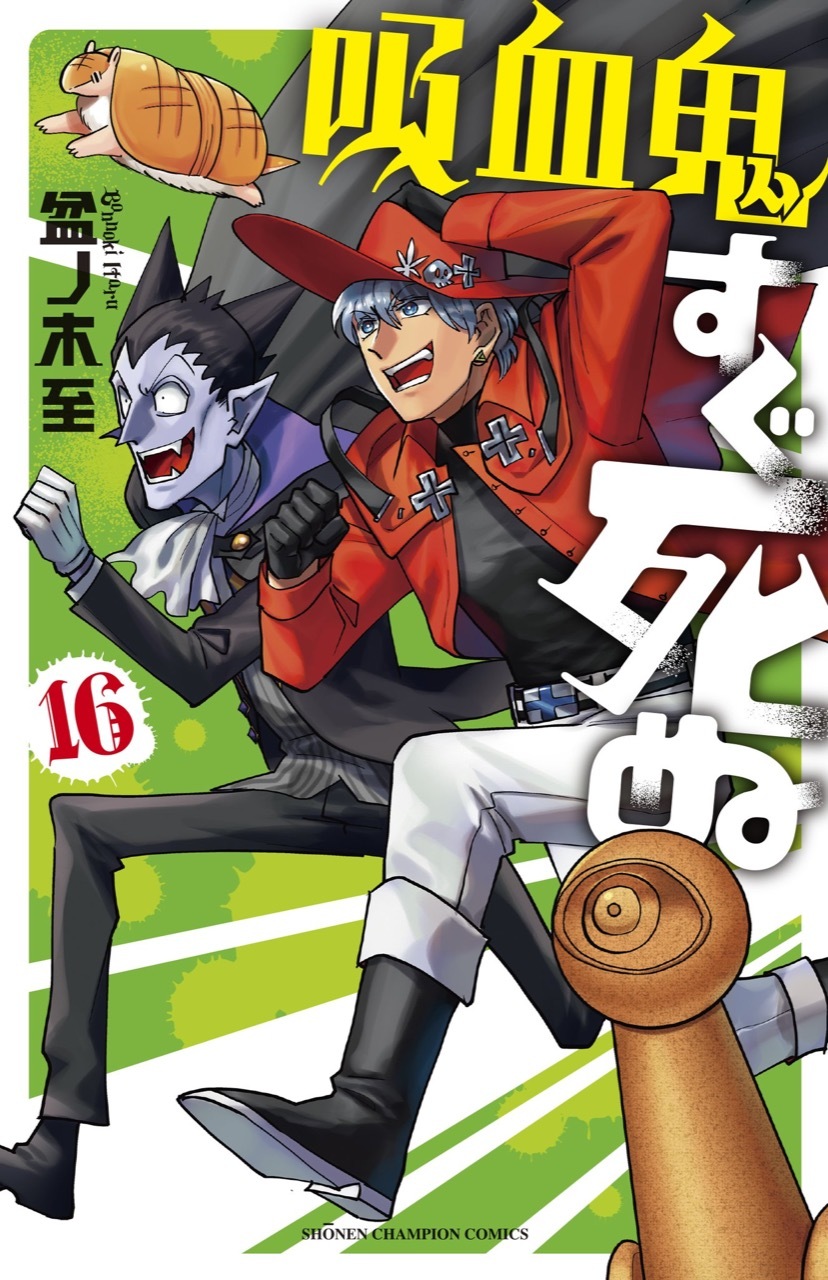 The Vampire Dies in No Time is a very popular and famous comedy manga in Japan! Currently, it is serialized in Weekly Shonen Champion and the comic books are released up to volume 23.

Let’s get to know the 3 main characters (2 people and 1 animal)! They are easy to understand! 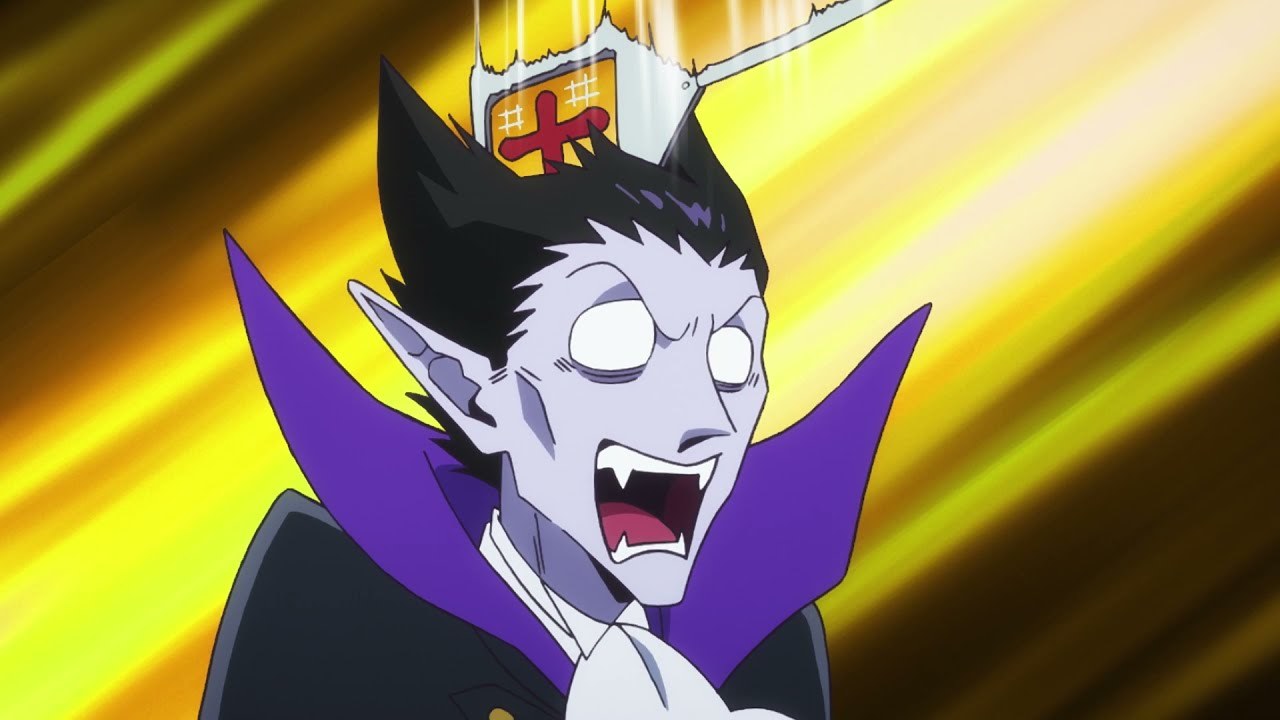 https://goodsrepublic.com/product/tag_page.html?tags=231087
He is an immortal vampire. He is very proud of being 208 years-old and neighbors are scared of him. However, he is not capable of fighting. In fact, Dralc is the vampire referred to in the title of this manga, The Vampire Dies in No Time!
He is too old and weak to battle against others. He is also physically and mentally very fragile, so he gets in shock easily and ends up disappearing (his body becomes sands) but revives again. He is just an immortal.
His personality is arrogant and has very high self-esteem. Unlike other typical vampires, he does not attach others in the dark. His personality is kind. His hobbies are cooking and playing games. 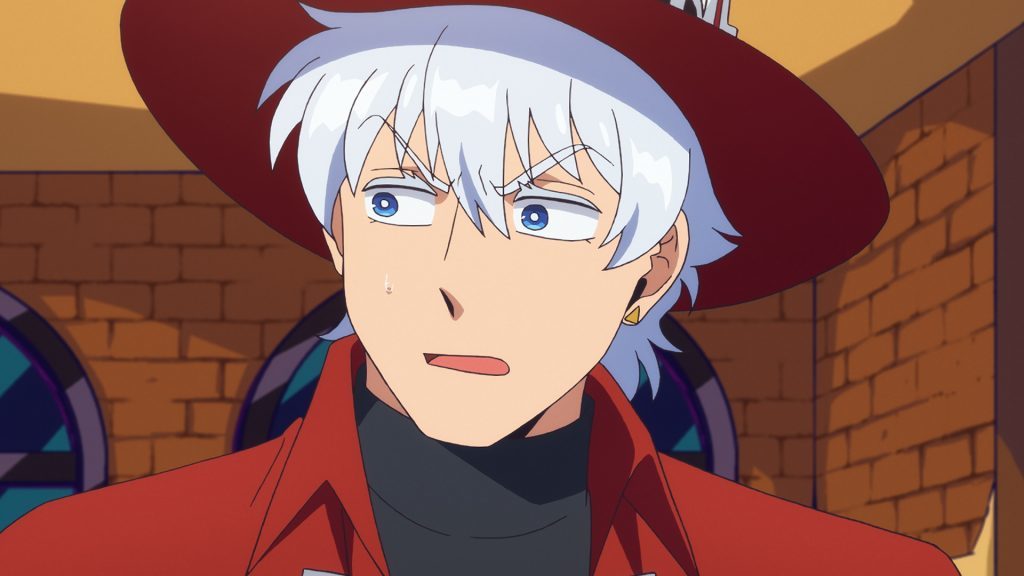 https://goodsrepublic.com/product/tag_page.html?tags=231086
He is a vampire hunter in his 20s.
Although he is young, he is gathering people’s attention due to his talent.
He came to subdue the famous immotal vampire, Dralc, but he let Dralc go due to the fact that Dralc has sweet personality and is actually weaker than kids. He even let Dralc live in his office because he ended up destroying Dralc’s place when he came over.
Basically Ronaldo is strict with Dralc because of his arrogant behavior. However, he is very polite and very kind to people in need.
He loves John the Armadillo. 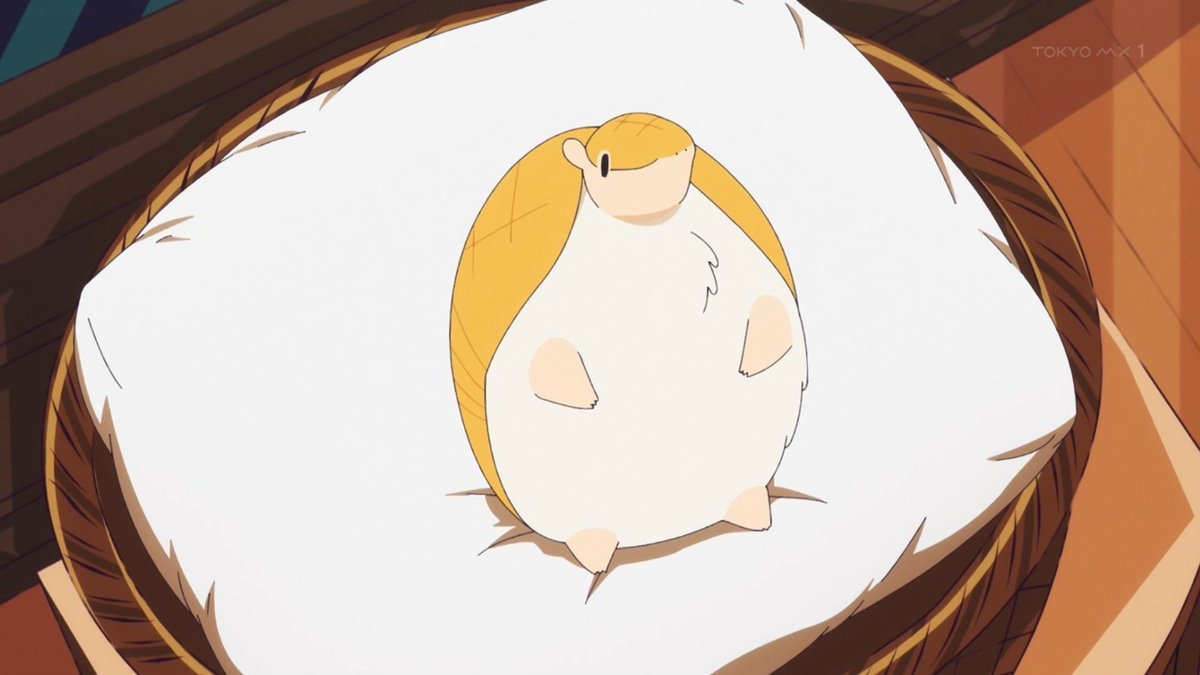 https://goodsrepublic.com/product/tag_page.html?tags=15378
He is the armadillo that made a contract with Dralc as his servant.
He loves Dralc and respect him a lot. John only says “Nuuuuuuuu” but he has very high intelligence. He takes care of everything about Dralc. He can even play games together. Very cute and popular among neighbors and Ronaldo loves him.
He loves sweet stuff. So he started gaining his weight and minds about it.

The Vampire Dies in No Time describes the daily lives of these two people and one animal. It takes place in Shin-Yokohama in Japan!
The speedy tempo of the story is perfect as the classic comedy manga! Problematic characters and their slapstick daily lives are super funny! This manga contains all the factors needed as a classic comedy.

Anime season 2 is described around volume 6 of the manga version. Unique and popular characters started appearing in the story one after another! 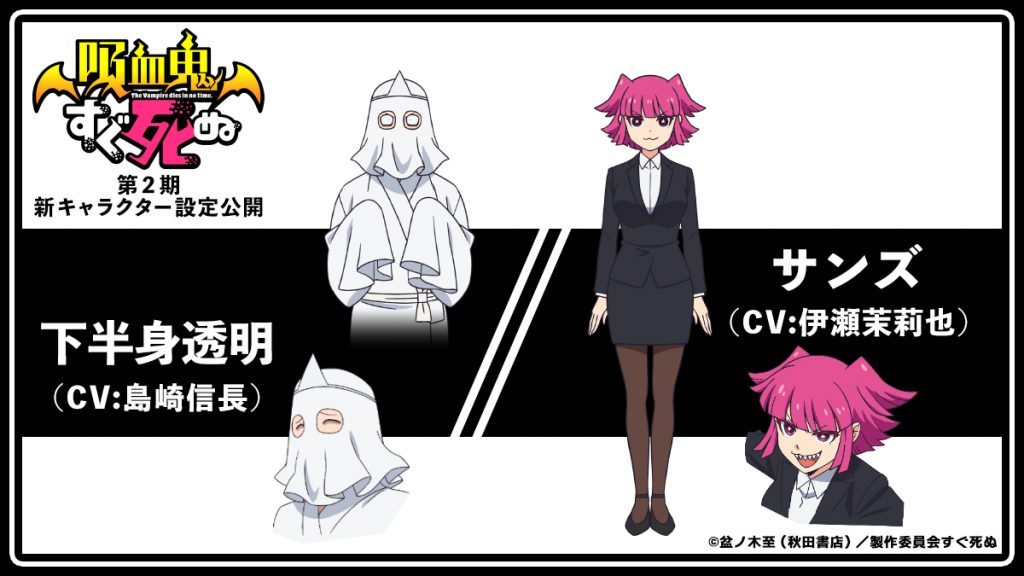 Anime season 1 was described up to around volume 6 of the manga version! So anime season 2 will continue the story after volume 6! New characters, the Vampire Transparent Lower Body, and Sanzu will be added in season 2. Sanzu is a new member of the publisher company where Ronaldo and Dralc publish their books from. She is a big fan of Ronaldo! (The name of new vampire character is a bit...... weird......though.)

As I said earlier, each episode of The Vampire Dies in No Time is a complete story. So, even if you haven’t watched season 1, if you like the first episode of season 2, you can keep watching season 2 without any problem.
You will understand the story!! If you have nothing to do or want to refresh your mind, this anime is highly recommended! You can laugh out loud and the cute armadillo will comfort you!!

Over 2000 items have released!
Check here for new and rare goods for The Vampire Dies in No Time!

The Vampire Dies in No Time

Okay, that is all for today! I will see you in the next article! See you soon!
John, The Vampire Dies in No Time, Ronaldo, Dralc