Mafuyu(^q^)/ :Hi guys! It’s Mafuyu from Goods Republic! Here comes the 【Demon Slayer Merch Vol.7】for this week!! I featured Shinobu-San last week and which one will be featured today?? The answer is…. THIS Chara!!! 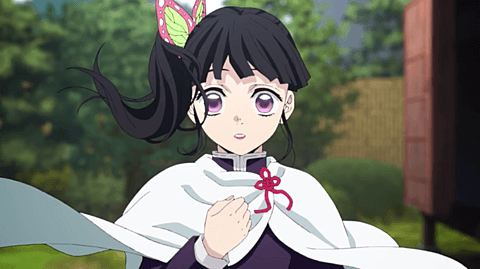 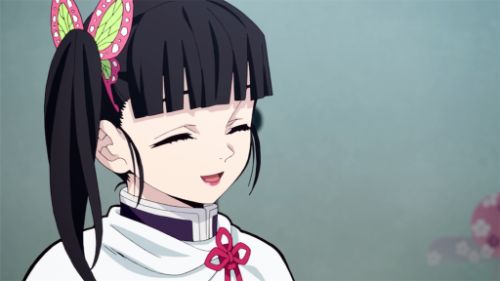 She is a member of the Demon Slaying Corps and joined it when the main character, Kamado Tanjirou joined.

Even though she is always smiling, she rarely talks to people.

She was badly abused by her parents when she was little, which caused her shut her mind, even though, thankfully, she didn’t ruin his personality. Kochou Shinobu and her buddies saved her, who then was sold to the merchant. Since then, Thuyuri is raised by her as her inheritor. 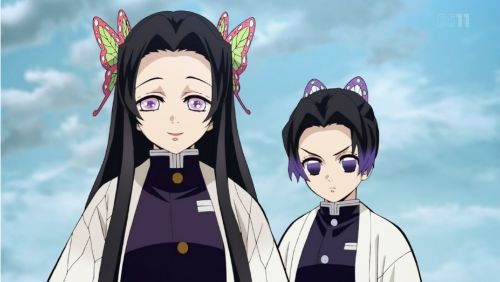 Because she shut her mind, “she only decides what she will do by tossing a coin, not being able to make a decision on her own”. 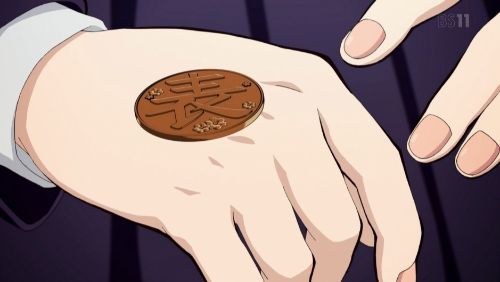 She stayed with Tanjirou and his bddies, who then were taking the physical therapy after they were hurt from the battle against the demons. She supported them until they could finally fight in the field. She then told Tanjirou that she always decides things by tossing a coin. 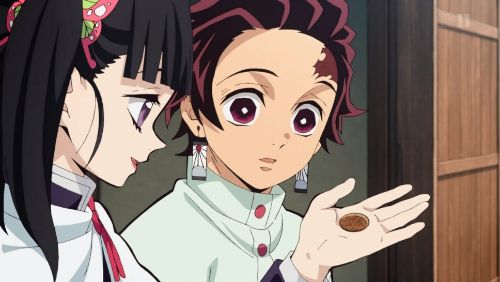 Tanjirou said to her, “Everything in this world means something. What Kanao thinks matters.” Then he suggested that she should cares about what she thinks more if the coin shows head. The coin they see is…? This is one of the most famous scenes in Anime! 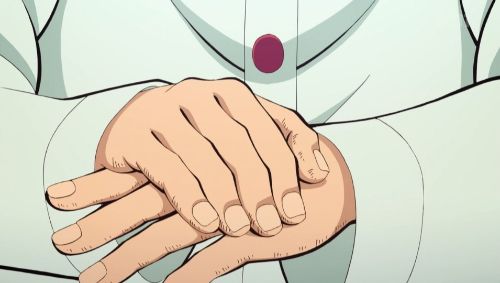 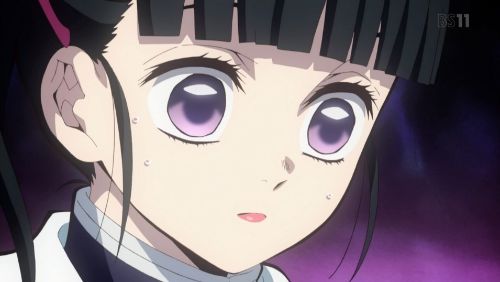 While she uses the particular short-distance attack that has the name of the flower, she also predicts how the enemy moves, making use of her good eyesight. Since this part hasn’t been animated yet, I can’t wait for watching this part in Anime! 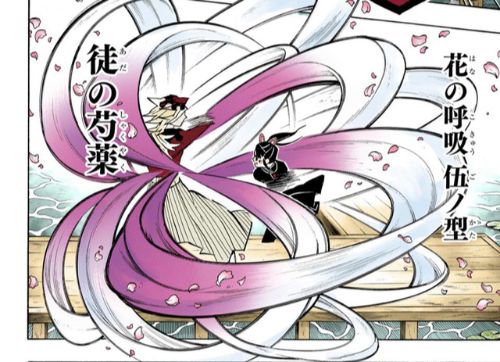 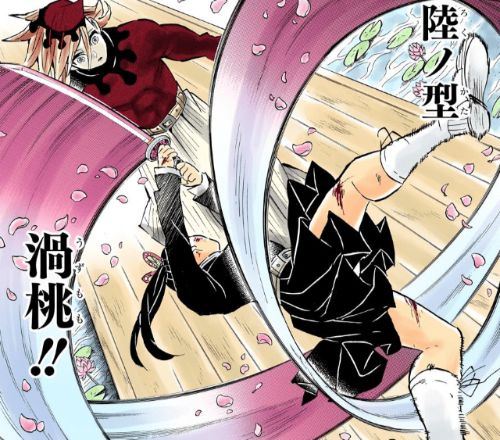 Mafuyu(^q^)/ :Even though not so many of her fighting scenes have been shown yet, we can actually see her gorgeously fighting in the original comics! Look forward to seeing her fight and win!

Mafuyu(^q^)/ :Now, here are the latest Goods of such lovely Kanao-Chan! Since she uses the “Flower breath”, many of them are made with the flower motif! So colorful! 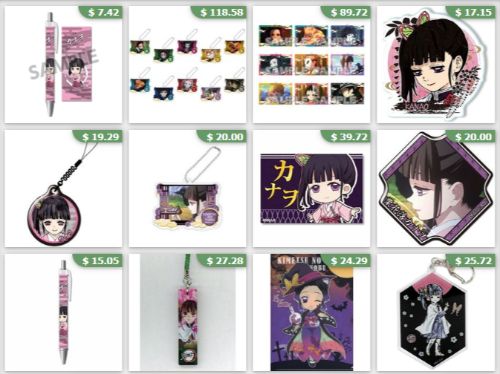 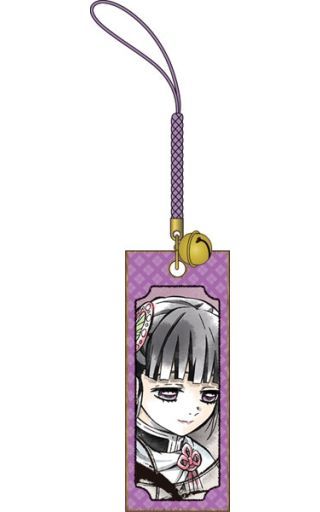 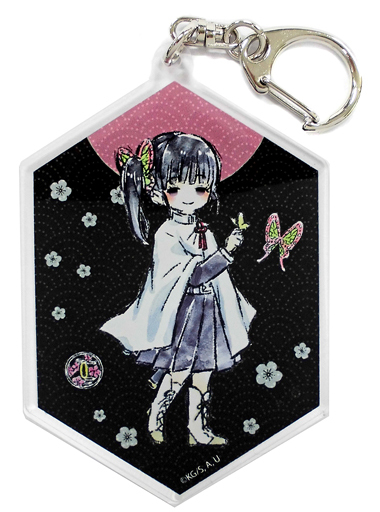 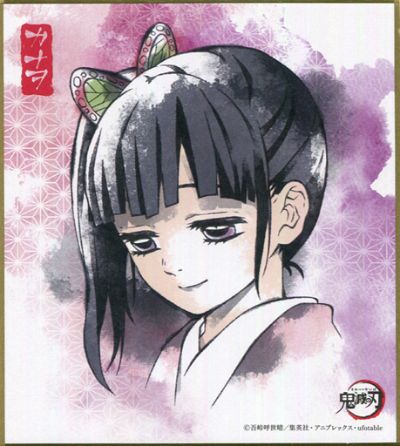 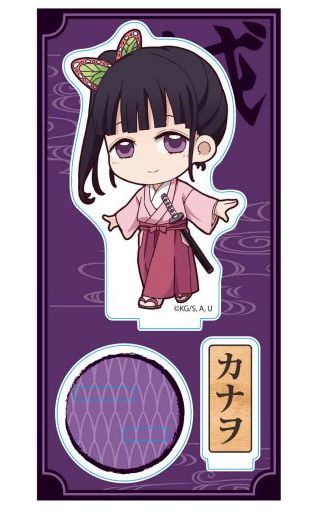 Mafuyu(^q^)/ :Guess what? Kanao-Chan’s figures will be released too! Around April, 2020, you will see her gorgeous figures so check them out!! 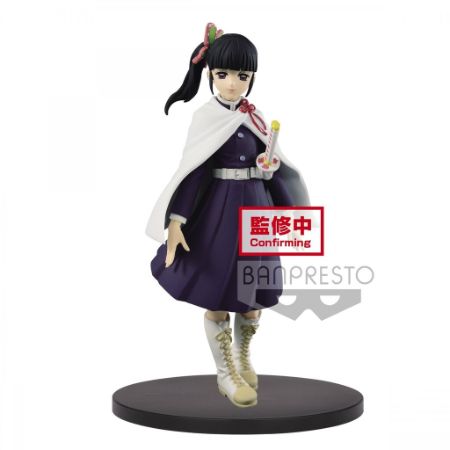 Oki-doki! I’ll see you guys at the next article! Bye~!!