YES! Now it’s May! …… That means? The summer will come soon! 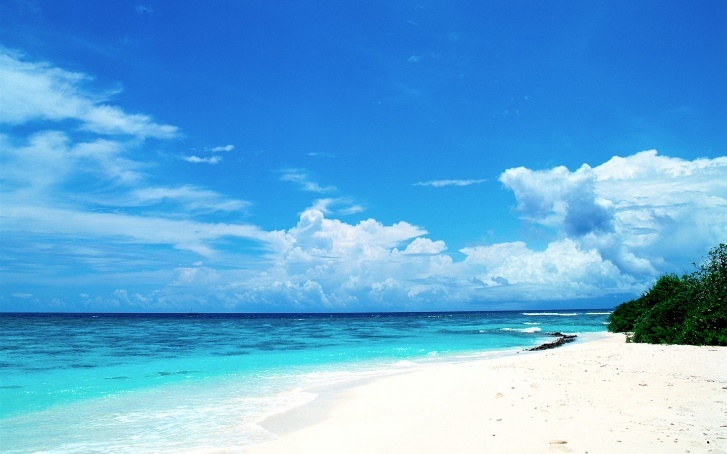 The summer is awesome, huh? It’s the best season to eat my favorite ice cream!!! So today, since the summer will come soon, I’ll feature the members of the Summer Troupe of A3!, now on air!

【A3!】Be Prepared for the Summer! Sumeragi Tenma, Rurikawa Yuki…… and MORE! Here Comes the Members of the Summer Troupe! 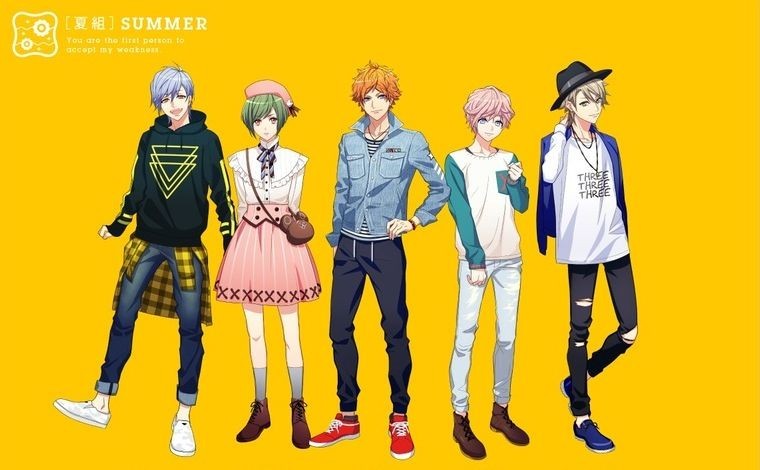 Anime, A3! SEASON SPRING ＆ SUMMER was originally going to start airing from January 2020 but due to various reasons, it actually started airing in April this year! Now on air too! Since they have introduced characters of the Spring Troupe, check them out!!
【You’ll Know A3! In FIVE Minutes!】
A Special Number for the Spring Troupe! Let’s Learn for the FIVE Attractive Characters! 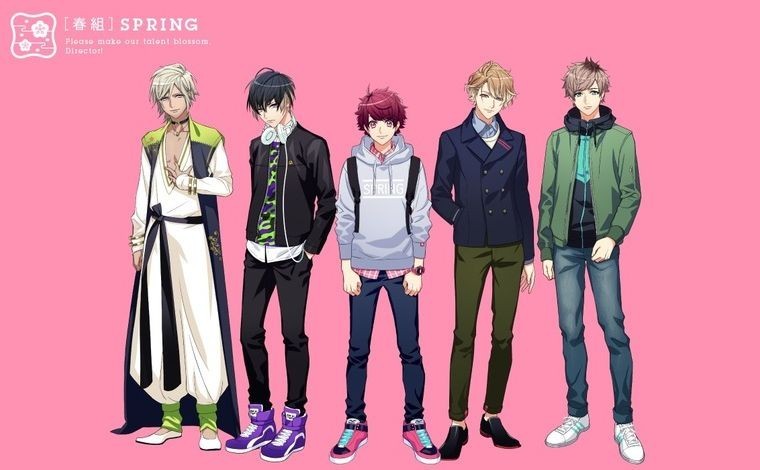 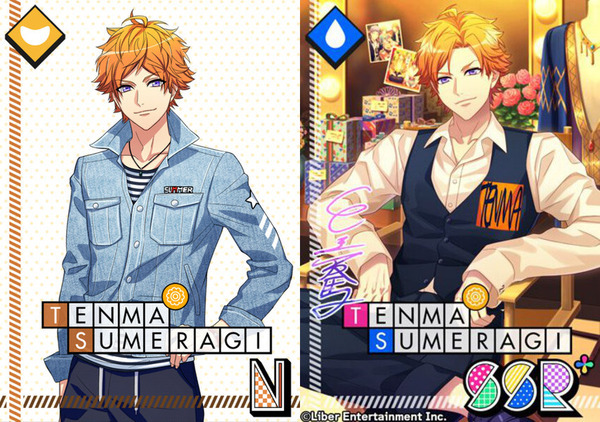 https://goodsrepublic.com/product/tag_page.html?tags=221733
He is a 16-year-old high school boy (11th grader).
A talented actor who was a prodigy child actor, he is a thoroughbred whose parents are both movie stars. His acting ability and technique are much higher than other members. He has absolute confidence in his own acting, and hates to lose. Since he’s spent most of his life in the entertainment industry and he has such a personality, he doesn’t have many friends. That’s why he really doesn’t get along well with other members of the Summer Troupe but as time goes by, their bond becomes deep through acting.
After he finished the MANKAI Company’s performance of the Spring Troupe, he showed up in the audition for the Summer Troupe and was selected as the leader of the Summer Troupe. There seems to be the reason behind it……? 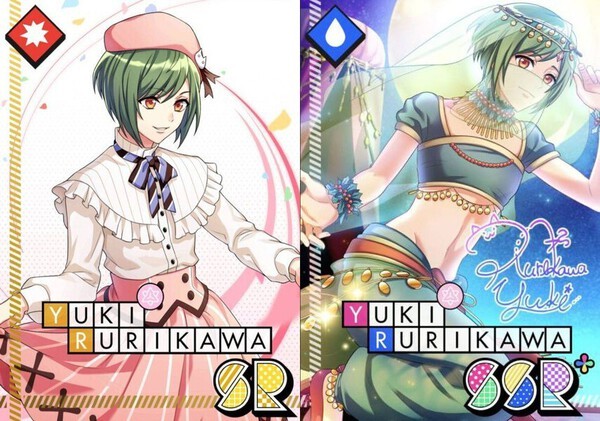 https://goodsrepublic.com/product/tag_page.html?tags=221739
He is a 14-year-old middle school boy (9th grader).
While he’s into acting, he is also into the costume’s design or producing. He has a strong preference when it comes to the costumes, so he not only focuses on the design but also the function.
“He just loves to wear cute clothes he likes.” On the inside, he is fully male. His personality is rather frank and brazen. Since he never hides anything and just directly says it, he always quarrels with Tenma. One of his hobbies is to pick out the best nickname for people around him. 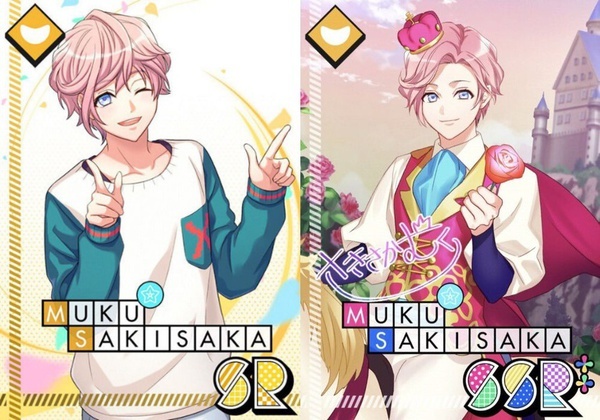 https://goodsrepublic.com/product/tag_page.html?tags=221738
He is a 14-year-old middle school boy (9th grader).
He is a little modest and kind-hearted boy. While treating shoujo (girls) manga as his bible, he strives to become a princely man. He’s reserved but often gets flustered, has an extreme persecution complex, and can act recklessly when he’s on his own. It seems that he was part of a track and field club as their ace before he joined the MANKAI Company. He hopes to become a different self through acting. 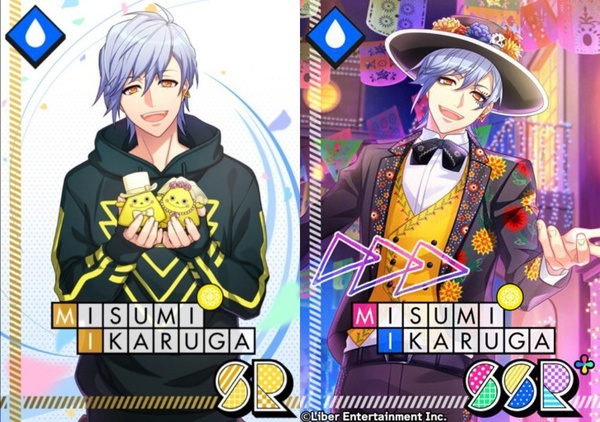 https://goodsrepublic.com/product/tag_page.html?tags=221740
He is a 19-year-old part-time worker.
He somehow settled down in the dorms of MANKAI Company without permission. Then he was told that only the members of the troupe are allowed to stay in the dorm. Well, it was easy! He got in! He ended up becoming a member of the Summer Troupe.
He is a pure oddball who is always enthusiastic and constantly thinks about “triangles” and even says it. His acting ability is just as high as Tenma and his physical abilities are so oddly high. Therefore, he performs the acrobatics pretty good especially on the action scenes. 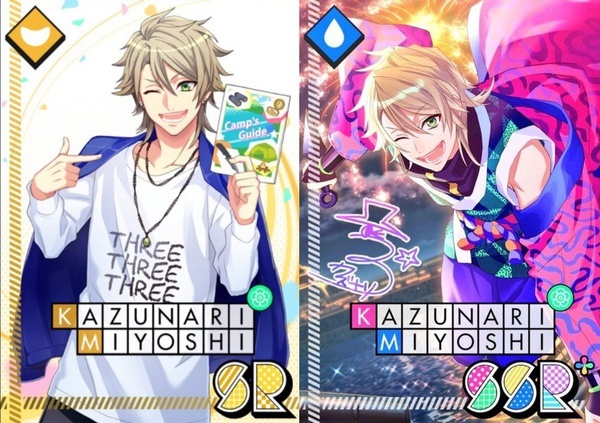 https://goodsrepublic.com/product/tag_page.html?tags=221737
He is a 19-year-old college student. (Sophomore)
A frivolous and trendy young man who has lots of friends and excellent social skills. He believes that he’s friends with everyone he sees, and he talks to everyone and anyone if he’s know them for forever. He goes to an art college and is very skilled in graphic design and is responsible for designing the troupes’ flyers and promotional website. He goes to the same college as Tsuzuru, who is a member of the Spring Troupe, and Kazunari joined the Summer Troupe through Tsuzuru.

My favorite one in the Summer Troupe is Yuki-Kun……! 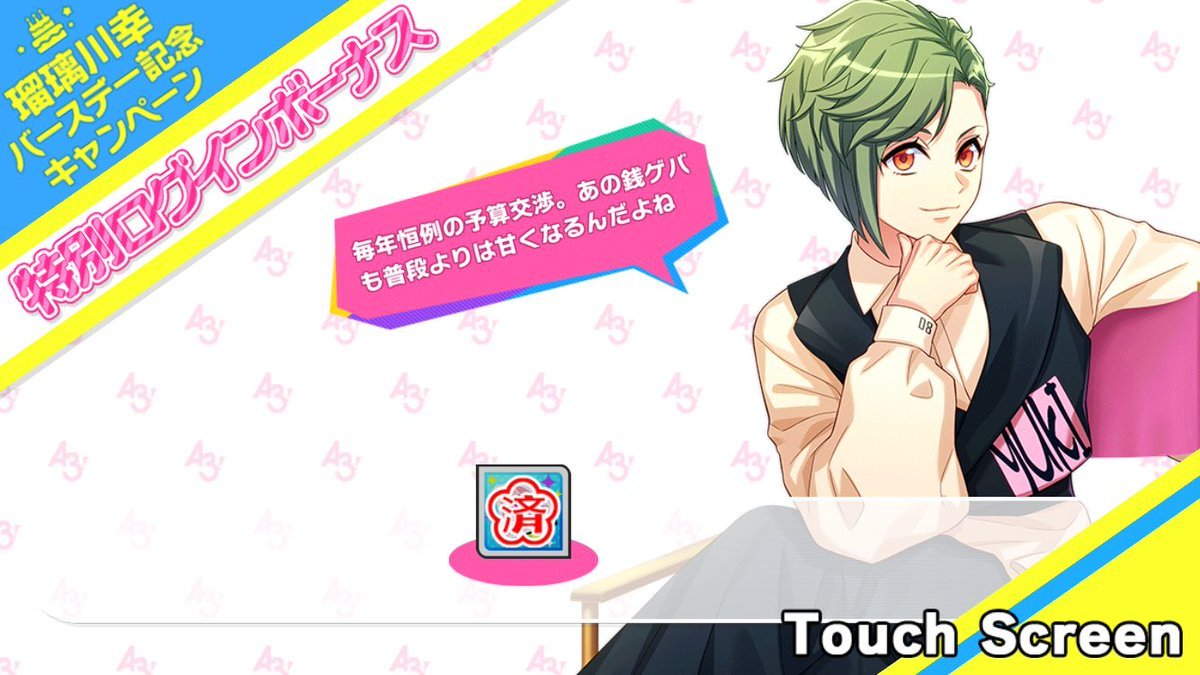 While he looks cute, his personality is super stoic, never compromising himself! He can say what he wants to say without hesitation and his outfit is always stylish! We can feel refreshed by seeing him!

But! Yuki-Kun is not a perfectionist. He does have some worries about himself, which are typical for a middle school boy. But through the performance in the Summer Troupe, he grows, communicating with other members!! How he tries looks so lovely too! He sticks to what he likes! He’s really adorable and cool……! 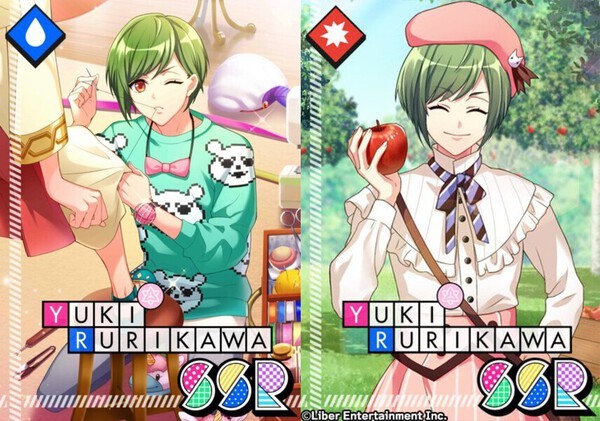 So! Which chara in the Summer Troupe do you like most~? Let’s wait for how he will act in Anime!!