For those who are reading this article!!
You must be the beginner of Re:ZERO, just like me, huh?? 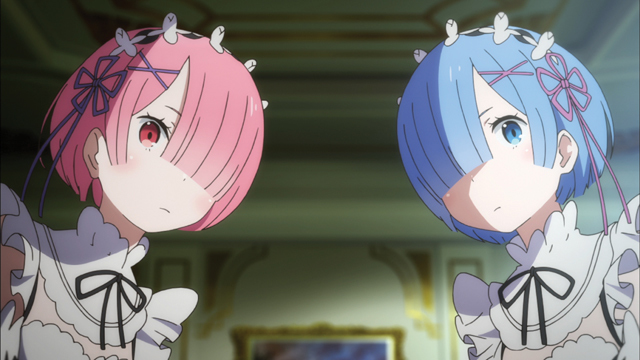 Re:ZERO…… Now its Season 2 is on air but I haven’t even watched its Season 1. And the original novel sounds a little difficult so…… for now, I have no idea what kind of story it is……!

So today! For those who are the beginners of Re:ZERO just like me, I’ll feature the summary so you will know the story!
The title is THIS! Tada~!!!

【Re:ZERO】MUST WATCH FOR THE BIGINNERS! You Can Still Catch Up! Read This Article and Get Familiar With It! 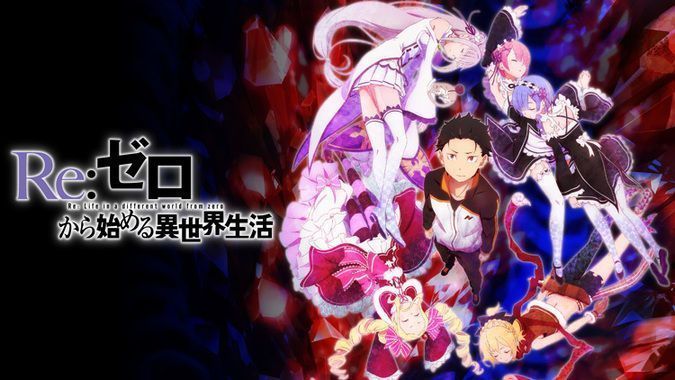 It’s a Japanese light novel series written by Nagatsuki Tappei. The series was initially serialized on the website Shōsetsuka ni Narō (小説家になろう, lit. “Let's Become a Novelist”).
It started to be serialized on the website from 2012 and the physical novel started to be issued by KADOKAWA. This series, containing the main story, spinoff and short stories, has sold 7,000,000 copies in total, with 33 volumes so far. It’s quite a popular title.

As for the anime series, Season 1 aired in April 2016 and Season 2 has currently been airing (started in July 2020). It’s also made into OVA (Original Video Animation) and a game. Once you get addicted to it, you will enjoy it in many ways!

Mmmm! Not just the main story but it also has developed various media such as a spinoff, a short story and a game, huh? This many volumes have been released, meaning it must have a lot of attractions in it!

The main protagonist, Natsuki Subaru, is a 17-year-old high school boy.
One night, after visiting a convenience store, 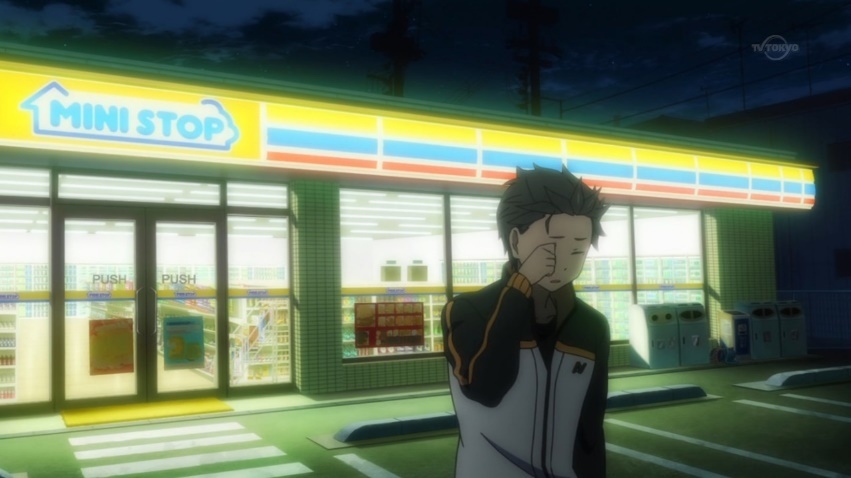 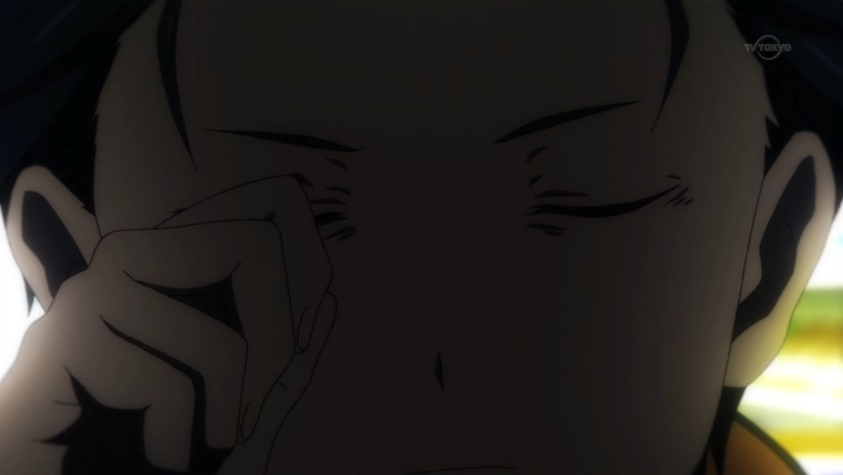 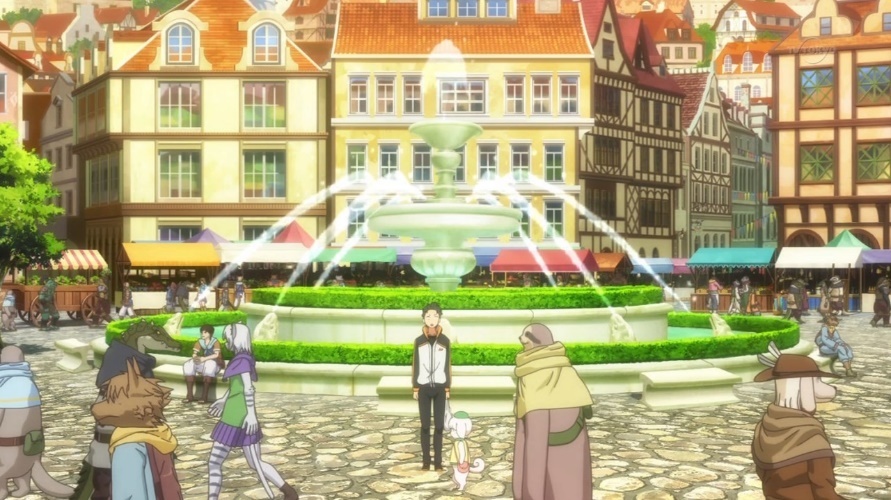 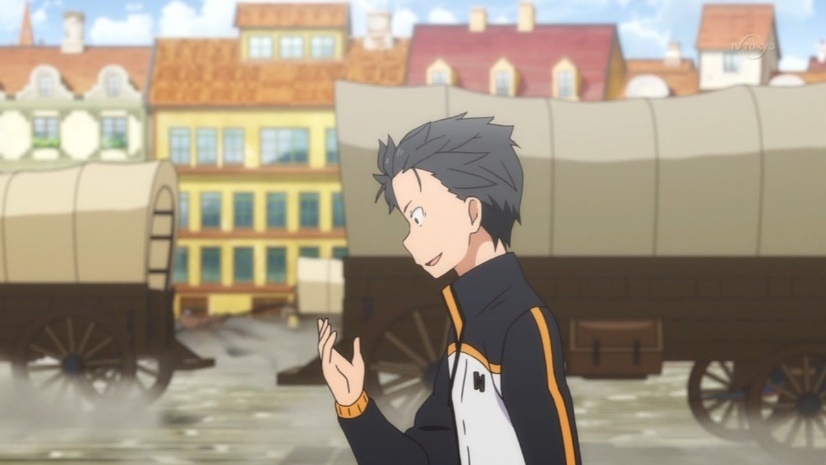 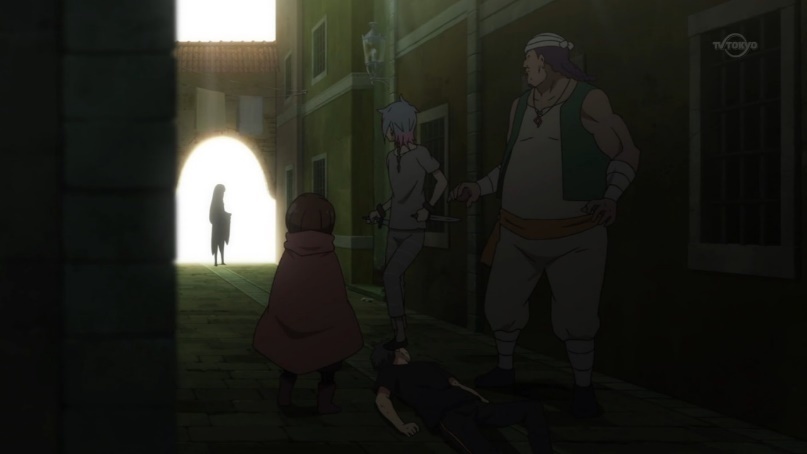 Subaru is trying to save a girl from some delinquent boys who have picked a fight, but ends up being badly beaten up. There, a witch girl shows up to save him. 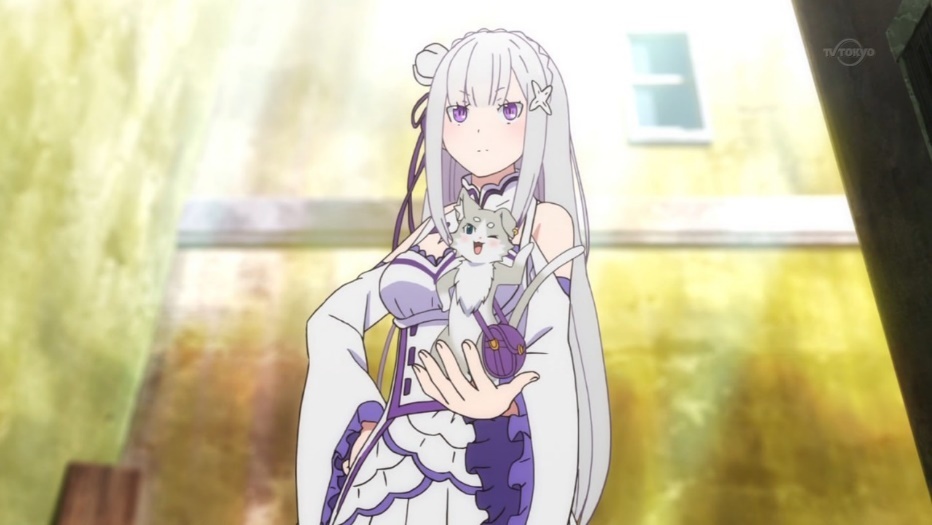 Her name is Emilia. She is with a spirit as her companion.
Subaru, who has been saved by her, offers her something to her in return. Then Subaru solves Emilia’s worry. When Subaru is again trying to help Emilia look for someone…… 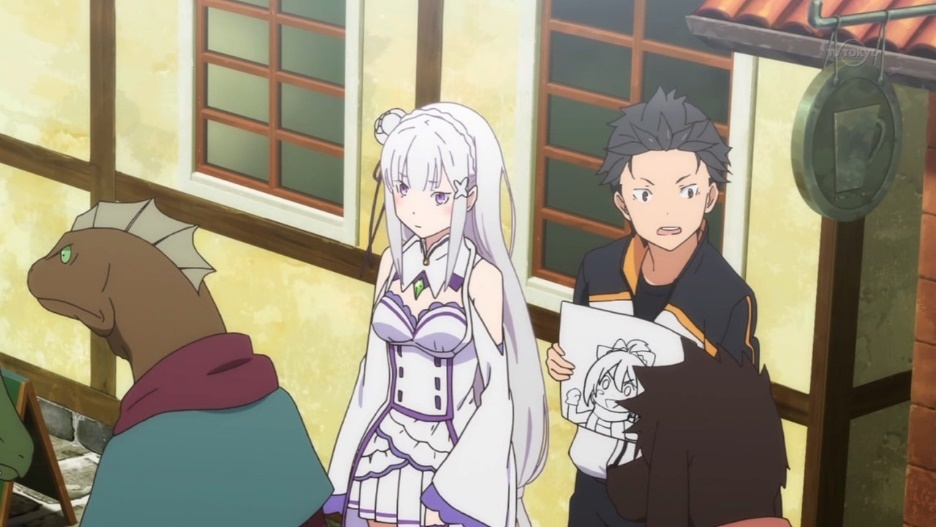 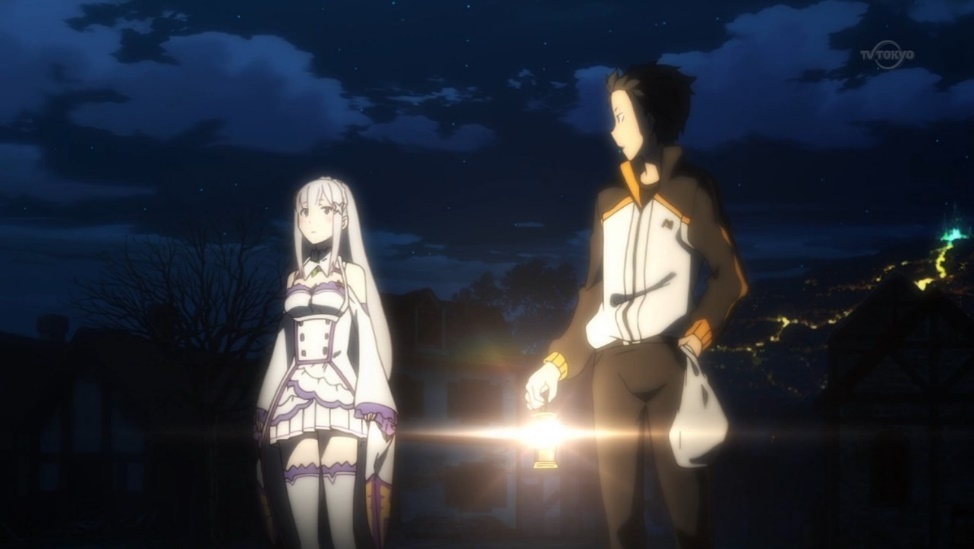 ……they are killed by someone. 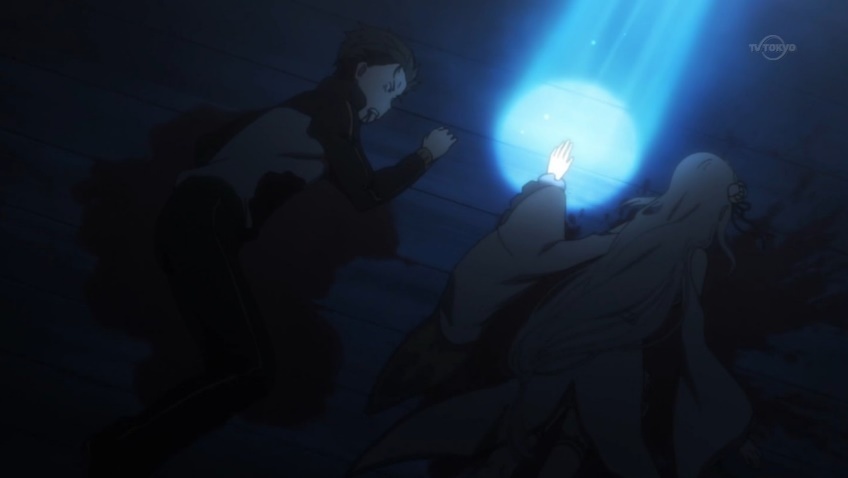 Subaru, feeling a severe pain, thinks that he is going to “die”. Losing his consciousness, he holds Emilia’s hand with the only power he has.
“I will surely…… save you…………………!!!” 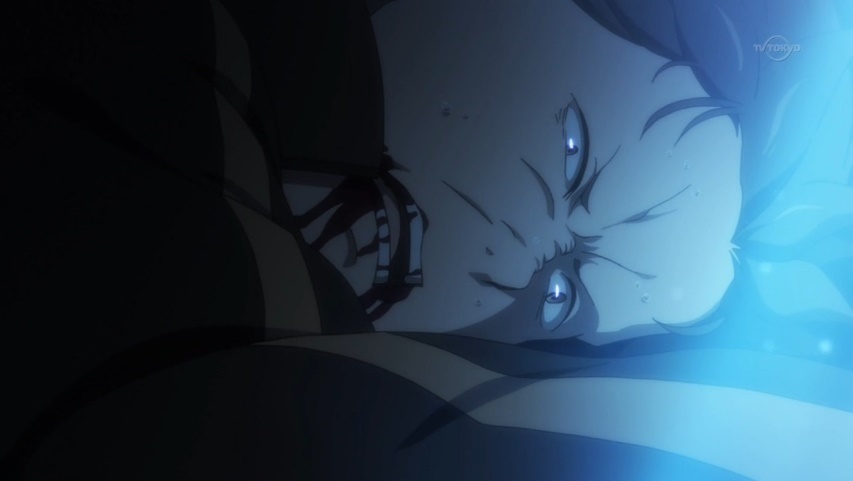 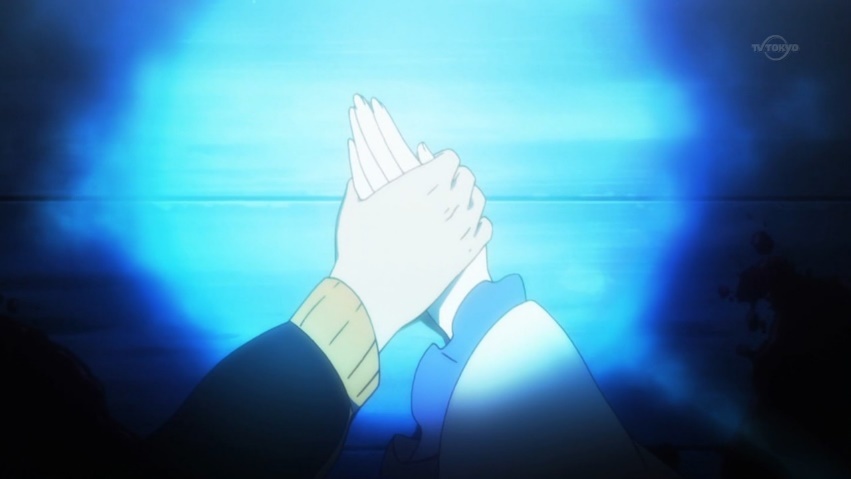 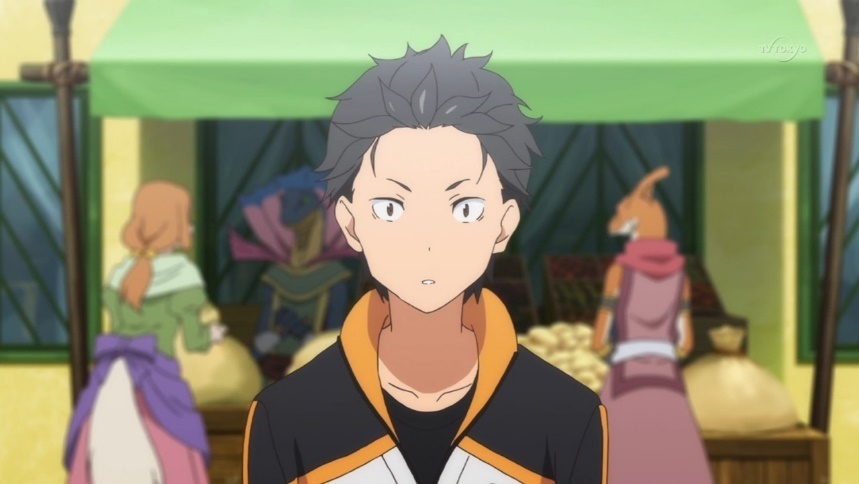 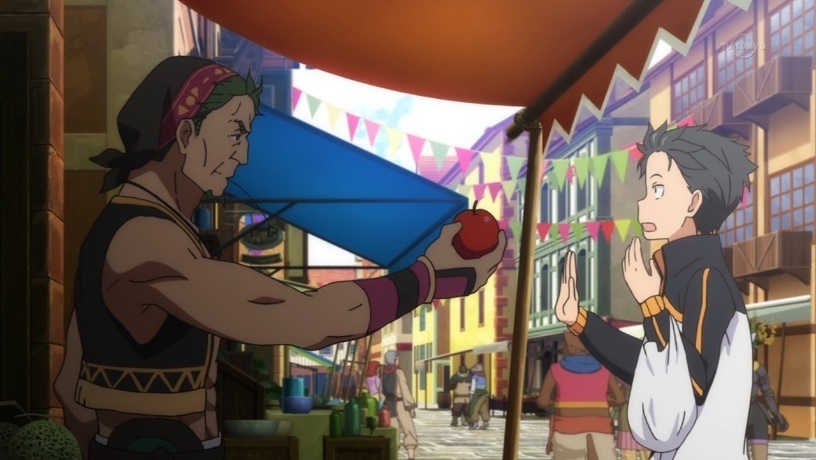 …… “he has gone back to the previous moment.”
It looks like time has been reversed to before he met Emilia. Subaru decides to go to the house where he and Emilia got killed. If the timeline is the same, the same tragedy should happen again. 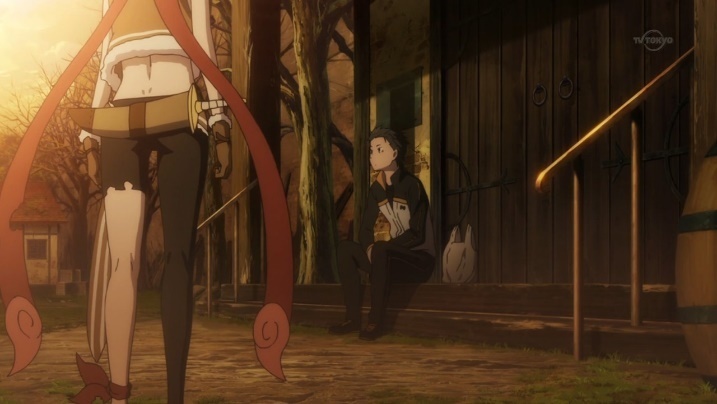 He succeeds in reaching the house and finds out why they got killed and who killed them.
However, he is much weaker than the killer is, ending up being killed again…… this time only himself. 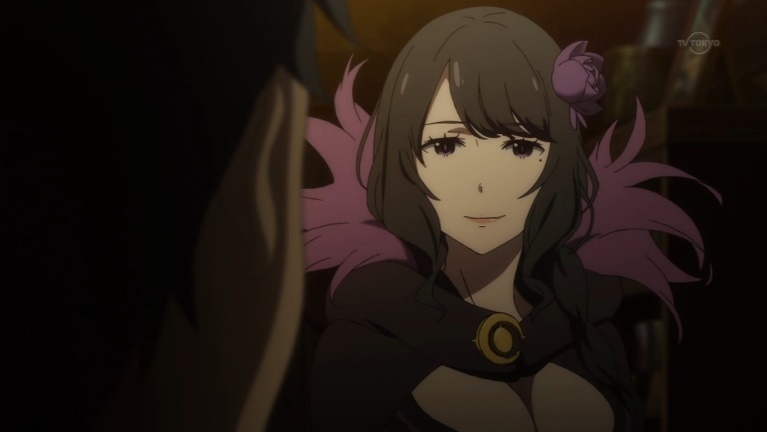 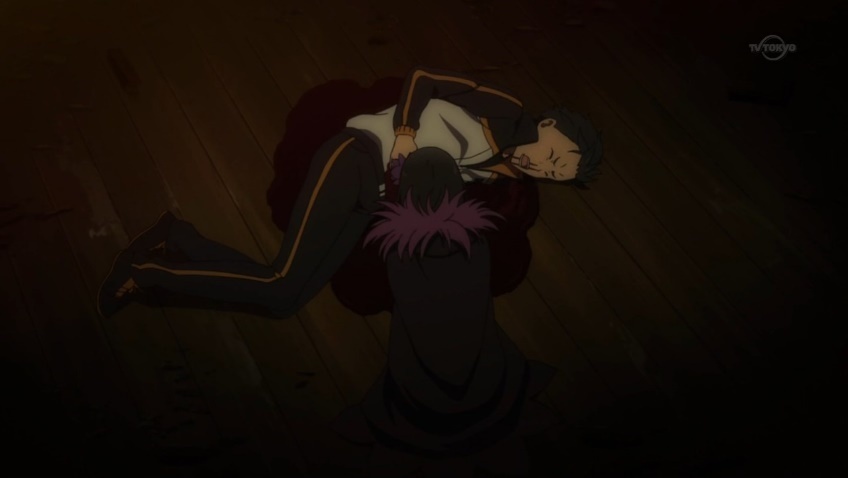 After Subaru is back from the second death, he happens to see Emilia, who is walking in front of him. Emilia, not knowing anything, will die again……!
Now knowing everything, Subaru is trying to tell Emilia about it……? 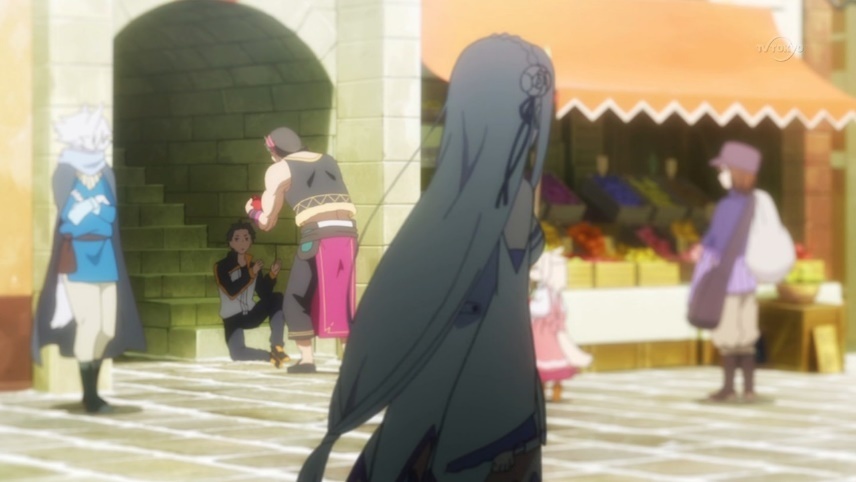 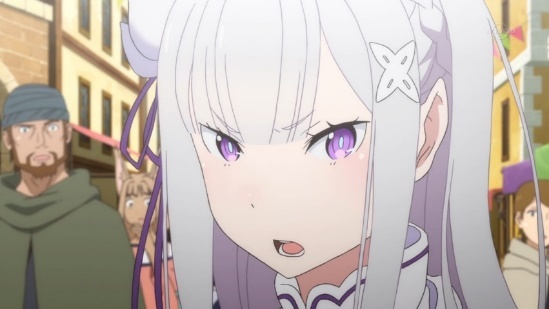 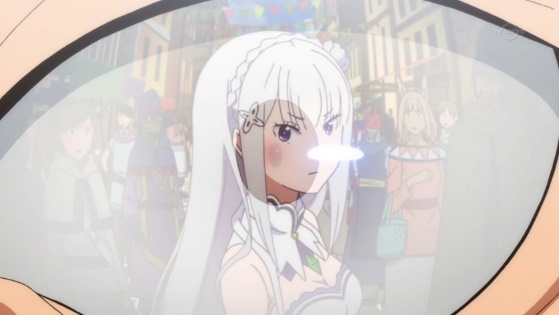 ※I gave you a simple summary so you can understand the story easily, avoiding some spoilers. (Actually, this episode gets a little more complicated!)

This is a rough summary of anime’s episode 1. It’s about Subaru’s adventure, where “he avoids being killed, while reversing time!”

The Heroines Appearing in Re:ZERO!

And another best part of Re:ZERO is that these THREE heroines appear, huh? Even I, the beginner of this series, know them~! 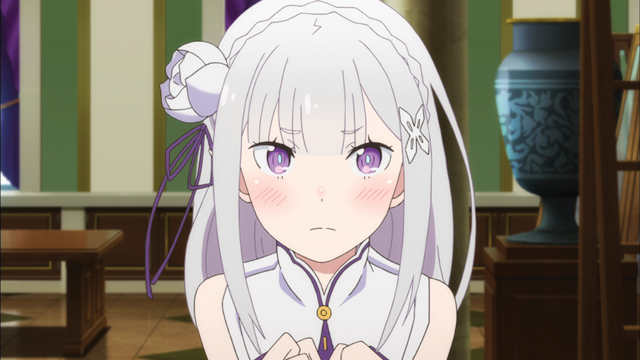 https://goodsrepublic.com/product/tag_page.html?tags=194855
She is a half elf girl, whom Subaru will encounter.
She is so kind and takes care of others that she can never leave those in need. However, she thinks she needs a reason to save people so she tries to find the good reason whenever she saves people. (She’s willing to save people)
In the world, where she lives in, half elf people tend to be discriminated so Emilia has been living in the mountain, staying away from the society. That’s why she sometimes has no common sense, which often annoys Subaru. 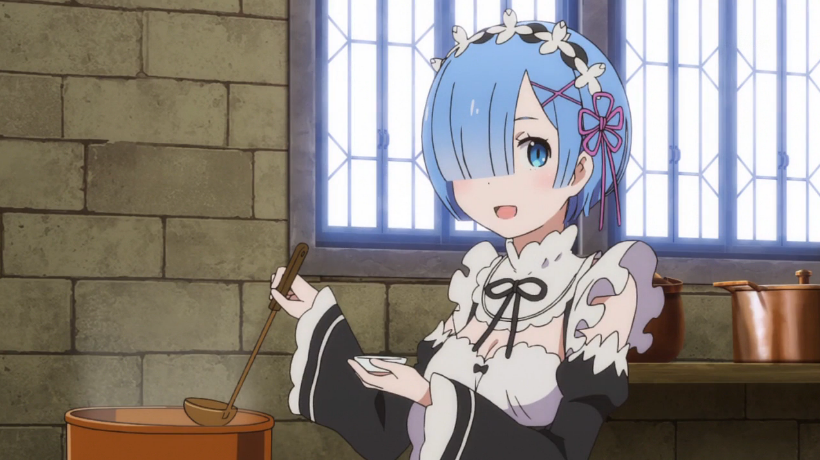 https://goodsrepublic.com/product/tag_page.html?tags=202064
She is one of the twin maids who works in Emilia’s mansion. The mansion is super spacious but she manages the 90% of the housework there.
She is a quiet and dedicated person but never goes easy on those who harm her loved ones. At first, she was suspicious of Subaru, who was a stranger to her, but she ends up taking good care of him after she finds out various circumstances about him. 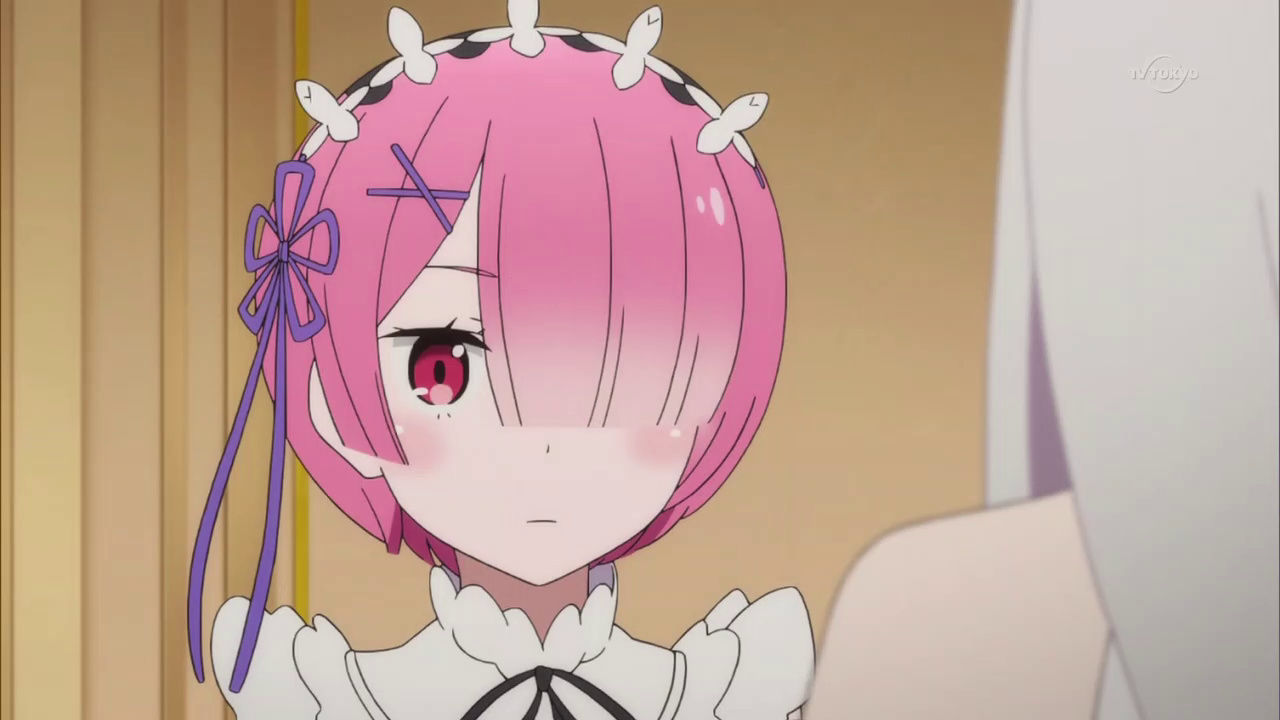 https://goodsrepublic.com/product/tag_page.html?tags=202065
She is the other half (older) of the twin maids in Emilia’s mansion.
Ram is seemingly self-centered and candid, and often makes sarcastic remarks to Subaru, however, she is actually a kind person. She does take care of Subaru anyhow. She is such a good judge of character. 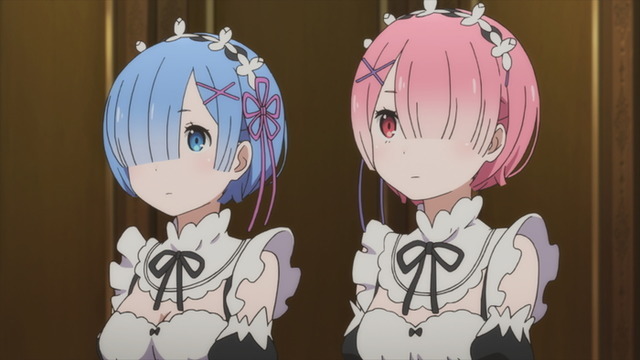 I also avoided the spoilers for their introduction but please check out the story to see how deeply these three will get involved with Subaru!
The first part of Season 2 has currently been on air! Why don’t you check from episode 1 to get ready for the second part of Season 2?”
OVER 7000!! Check HERE for Re:ZERO’s Latest Goods! 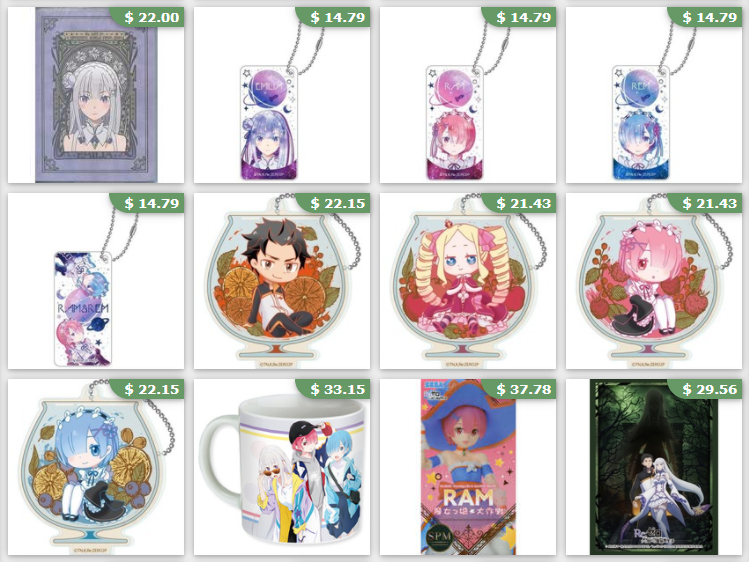