For those who are reading this article, do you know a battle which is now underway in Japan……? Such an intense battle between the Divisions has kicked off with two more Divisions added! Which Division is going to stand at the top on the 2nd Division Rap Battle……?”

【2nd D.R.B】
Which Division Is Going to Stand at the TOP, Next?
Let’s Review Hypnosismic’s 2nd Division Rap Battle! 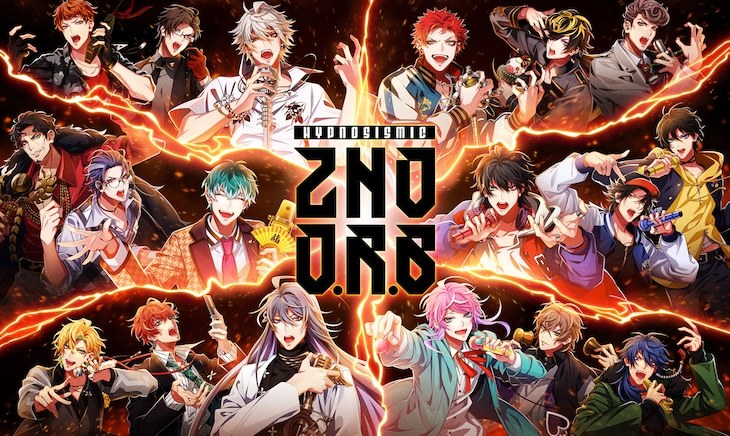 What Is the Division Rap Battle in the first place? 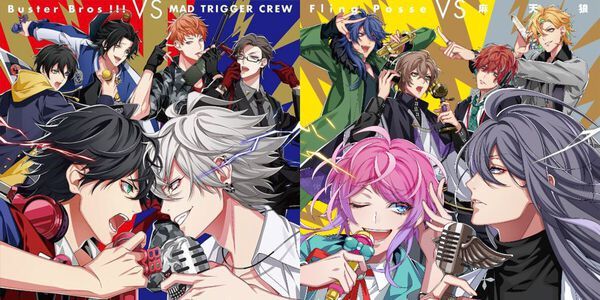 Division Rap Battle is the battle which will decide the No. 1 Division in one of the media series, ‘Hypnosismic’ whose theme is a rap music!

For the 1st battle, four divisions, Ikebukuro, Yokohama, Shibuya and Shinjuku competed by the popularity vote and the winner was selected!

The matches were Ikebukuro vs Yokohama and Shibuya vs Shinjuku, and the winner from each match Yokohama vs Shinjuku was competed and…… 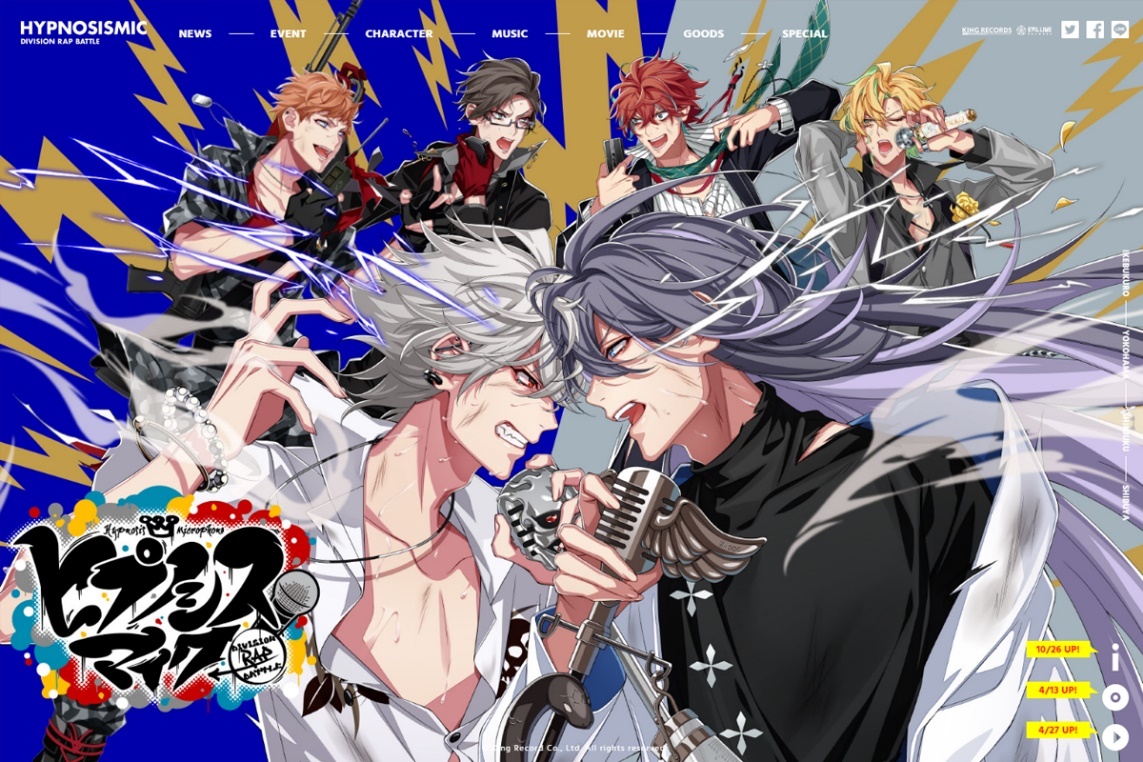 And Shinjuku finally stood at the top after such competitive battles! As for the Shinjuku Division, their music was even released as the winner, and not only the Hypnosismic’s fans but many more people were also attracted by them!
Shinjuku Division
MATENROU
麻天狼 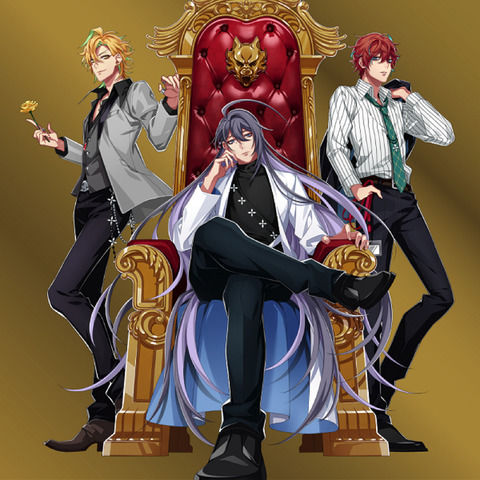 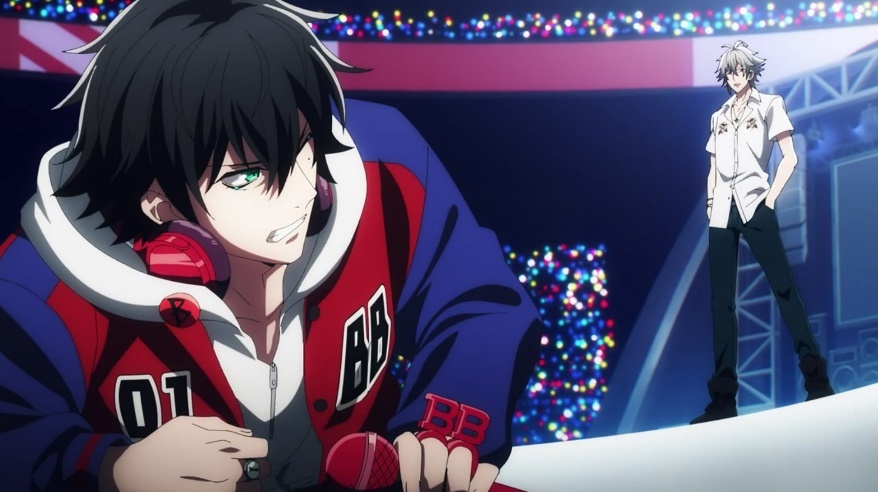 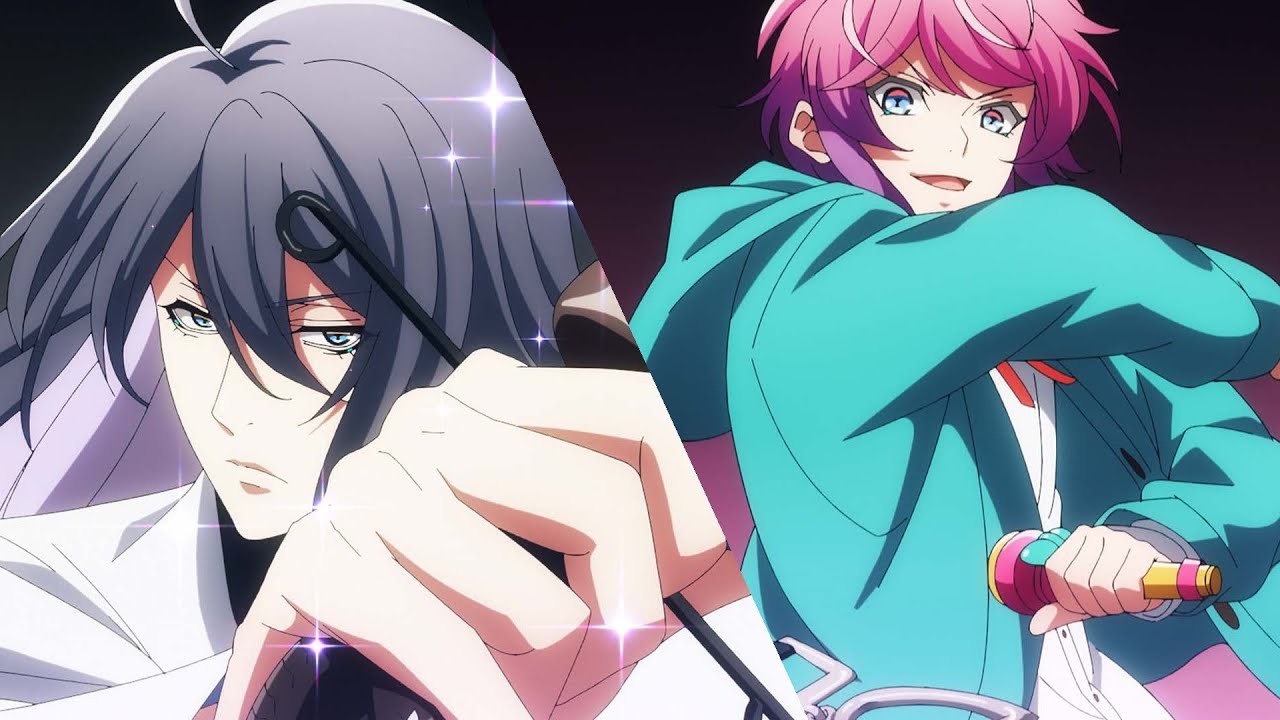 Many fans, including me, had never expected that the results of the actual Division Rap Battle would be shown in anime series! But! Many fans felt relieved that anything, such as the winner division or the match, weren’t changed at all……

NEW Participants Coming Up to the 2nd Division Rap Battle!
These TWO Divisions!

Simply put, we learned that the Division Rap Battle is the battle, which will significantly influence Hypnosismic in the future too!

Aaaand! As for the 2nd Division Rap Battle, they announced that two more Divisions, which didn’t participate in the 1st battle, were added!
Osaka Division
Dotsuitare Honpo
どついたれ本舗 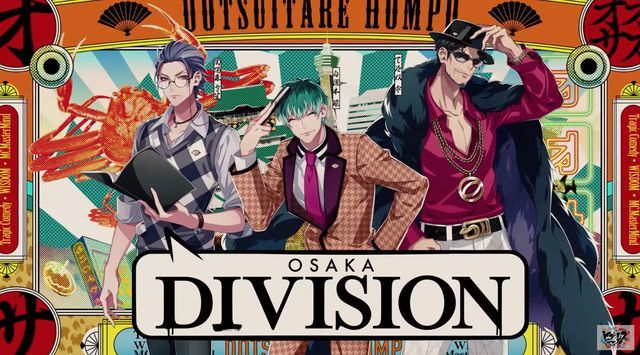 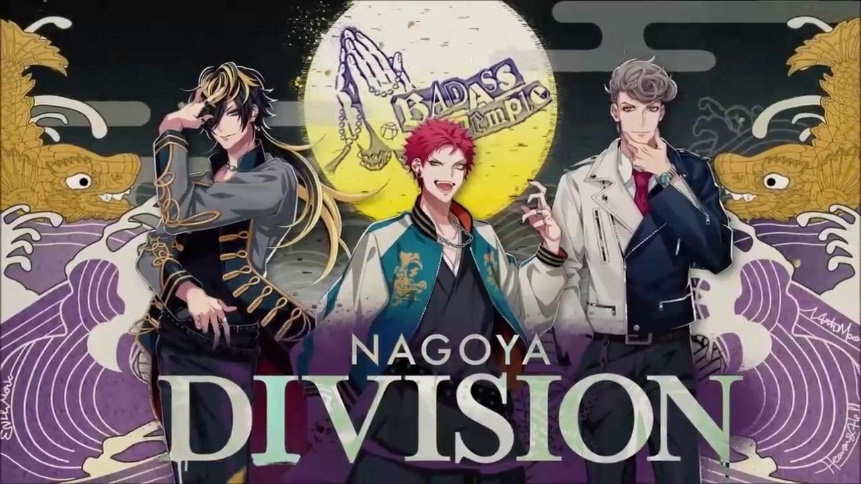 Actually, these two Divisions didn’t exist when Hypnosismic officially started. They were added after a while. Even though they were added afterwards…… they have been connected to with other four Division’s members. Some members used to be in the same team or some of them are even biologically connected with each other…… There are some key characters of this series in these Divisions!

2nd Division Rap Battle: Here’s the matches of the battles!

Well, well……! I have a feeling it will be such chaotic battles…… But which Division will compete again which? Let’s take a look at these matches! 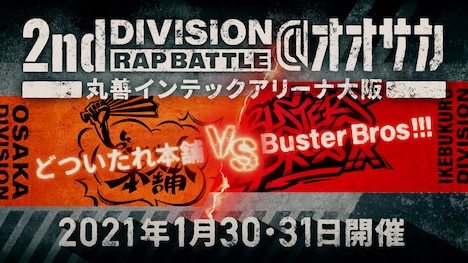 2nd Round
NagoyaDivision VS Shinjuku Division! 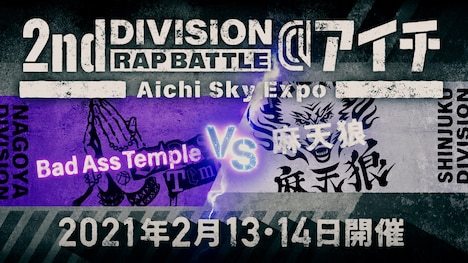 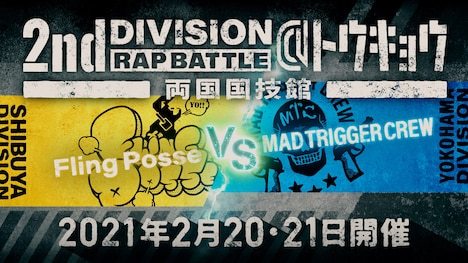 So far, we don’t see the same matches shown in the 1st Division Rap Battle but…… it’s a tournament! They might compete again??

By the way, A Rap Battle by the 1st round: Osaka Division VS Ikebukuro Division, was held in Japan the other day! It was shown online! These two Divisions also performed their new songs for this battle!! It was super exciting!! 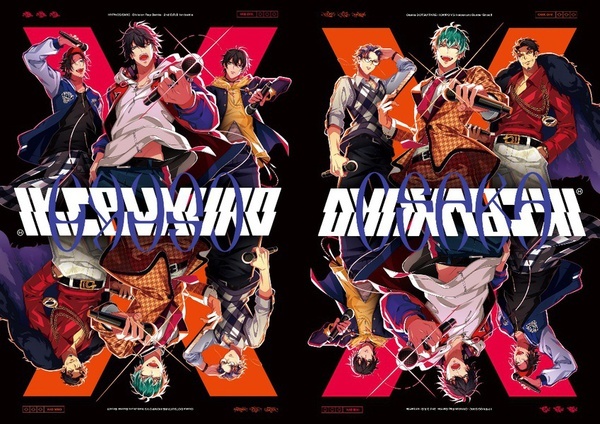 As for the 2nd Division Rap Battle, the winner will be chosen by the popularity vote just like the 1st battle! Only those who purchase the ticket can vote and the voting is only available online during the designated period of time! 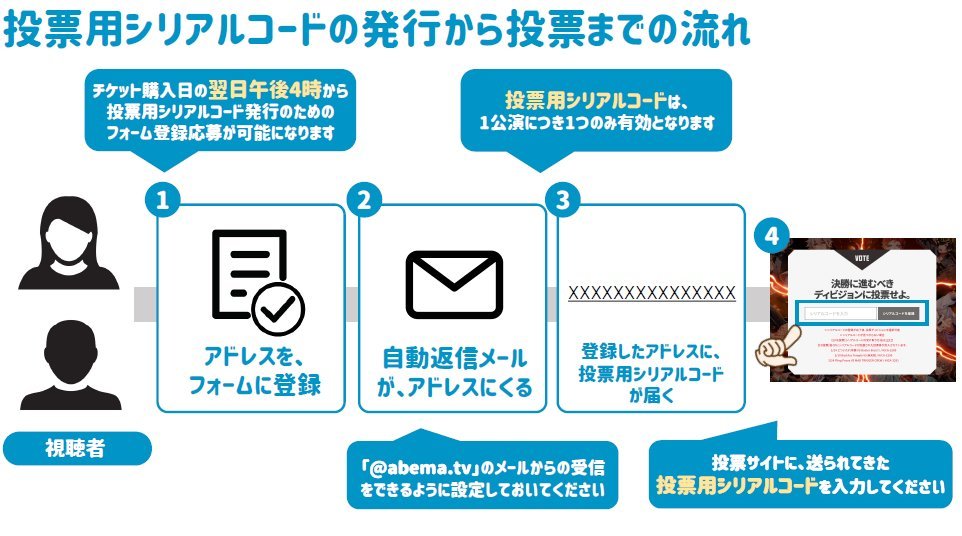 The period of time have already been announced and they even show us a clear official announcement as shown below! Yep, it’s the official battle, huh~? From the 1st round, there will be three winners but what’s the match for the final round going to be like? 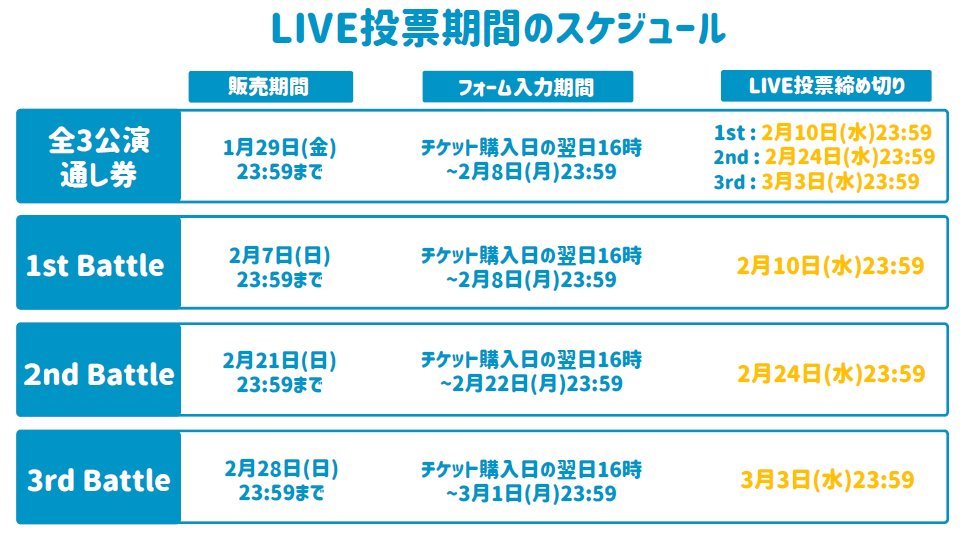 Even after the anime series has come to an end, Hypnosismic is still HOT! Which Division will be the winner on the 2nd Division Rap Battle? The former winner, Shinjuku Division, will be the one again…… Or other 5 Divisions will win over Shinjuku!? It’s gonna be super thrilling, huh? Why don’t you check it out?
Check HERE for OVER 5000 Hypnosismic’s Anime Goods!

Oki-doki! This is all for today! I’ll see you guys at the next article!
Bye~!
Hypnosismic, MATENROU, Bad Ass Temple, Buster Bros!!!, Dotsuitare Honpo