※ This article doesn’t contain any central points or spoilers regarding ending of the story. So feel free to enjoy reading!

Hi guys! Let me tell you this! I’m a fan of “Nino-Chan!”
It’s Mafuyu from Goods Republic!

What? What am I talking about? Mmm…… yeah! I’m taking about “THAT quintuplets’ love comedy,” whose Season 2 is now on air after its manga series concluded beautifully last year!

【Congrats! Concluded!】
Might Be Too Late To Ask?
Featuring Japan’s Beloved Quintuplets Love Comedy, Gotoubun no Hanayome (The Quintessential Quintuplets)! 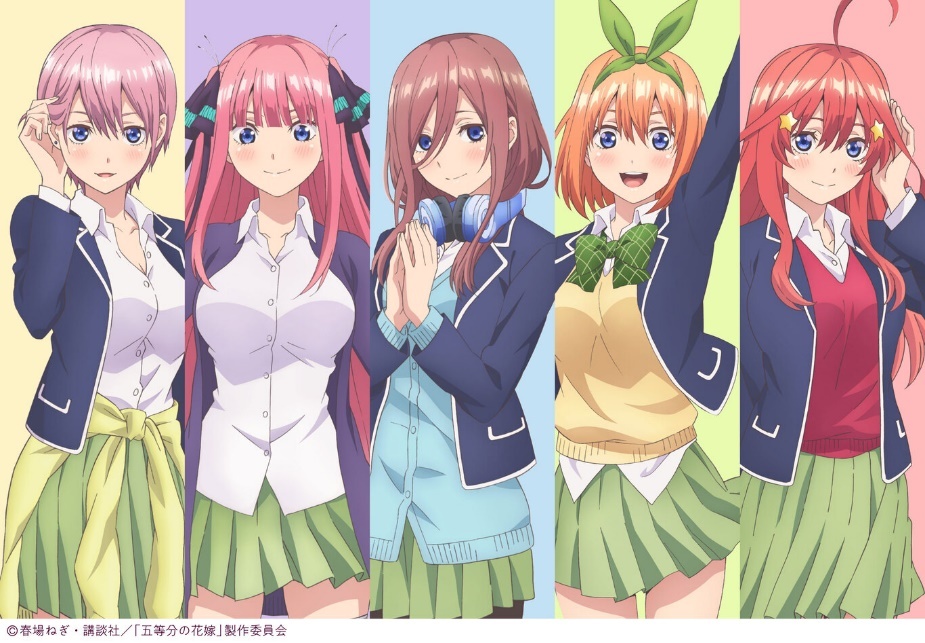 What Is Gotoubun no Hanayome (The Quintessential Quintuplets) in the first place?

Gotoubun no Hanayome (The Quintessential Quintuplets) is a Japanese Quintuplets’ love comedy manga series, serialized from 2017 to 2020 in Weekly Shonen Magazine! As for the comics, 14 episodes in total have been released. As of January 2021, over 14.5 million copies were issued!!! It’s been going viral so sure! This series is that interesting and has been attracting so many people! 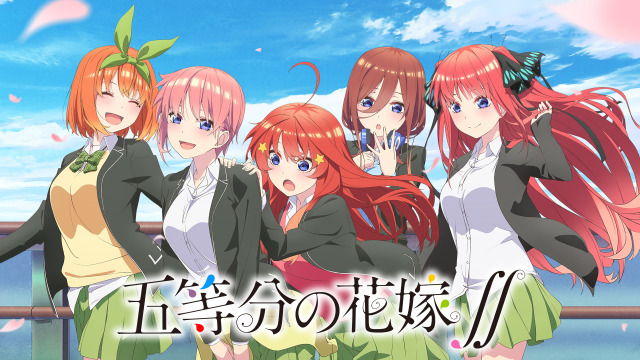 Then how about the Outline of Gotoubun no Hanayome (The Quintessential Quintuplets)?

The most mysterious, the most important and the most attractive parts about this series is “Who is the main protagonist, Uesugi Futaro, going to marry to”! 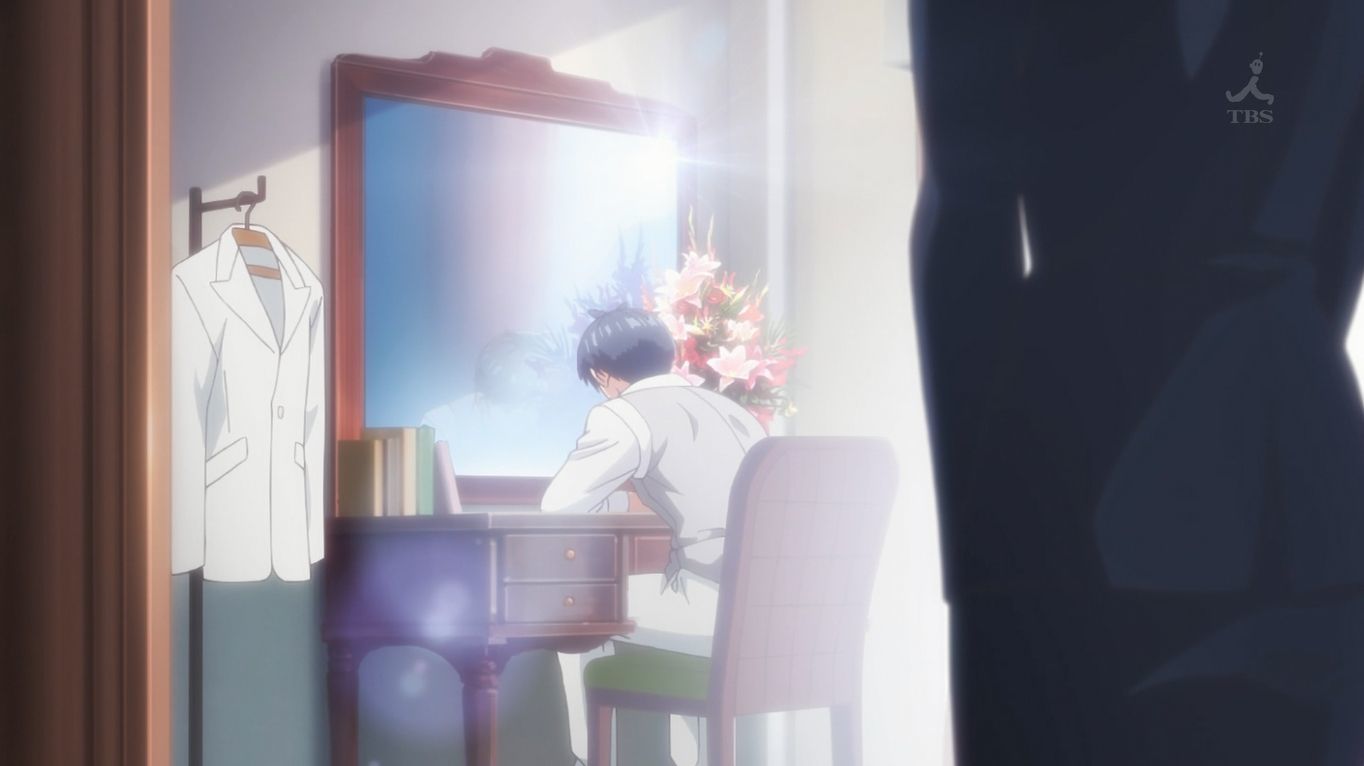 In the beginning of the story, the main protagonist, Uesugi Futaro, is attending a wedding ceremony as a groom. While a bride is preparing for the wedding, he is looking back on his high school days, when he first met his soon-to-be wife……! 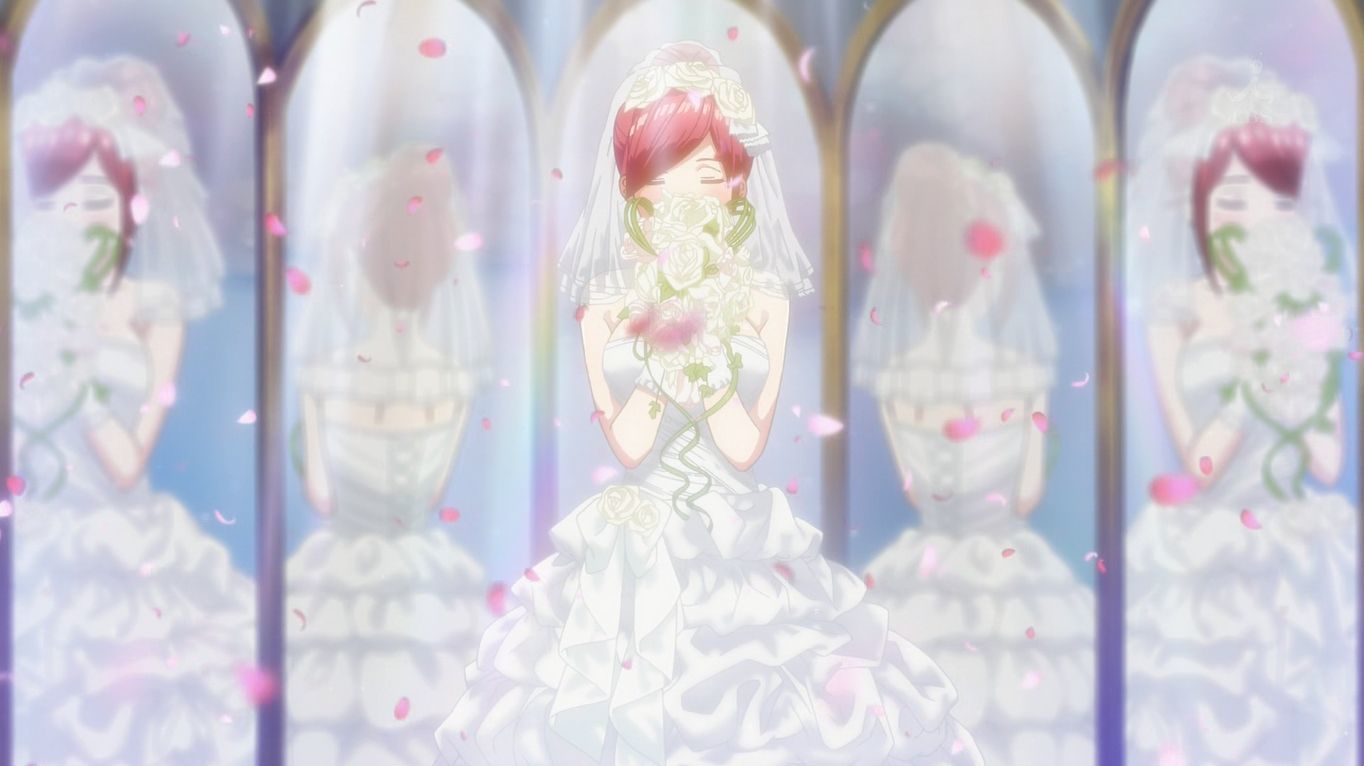 Yep! Actually, In Gotoubun no Hanayome (The Quintessential Quintuplets), the story shows the main protagonist, Uesugi Futaro’s flashback scenes!
He surely married to one of the quintuplets but…… who he married wasn’t revealed yet at least in that first scene. Now he’s looking back on the day when he first met his soon-to-be wife, I mean, the quintuplets! 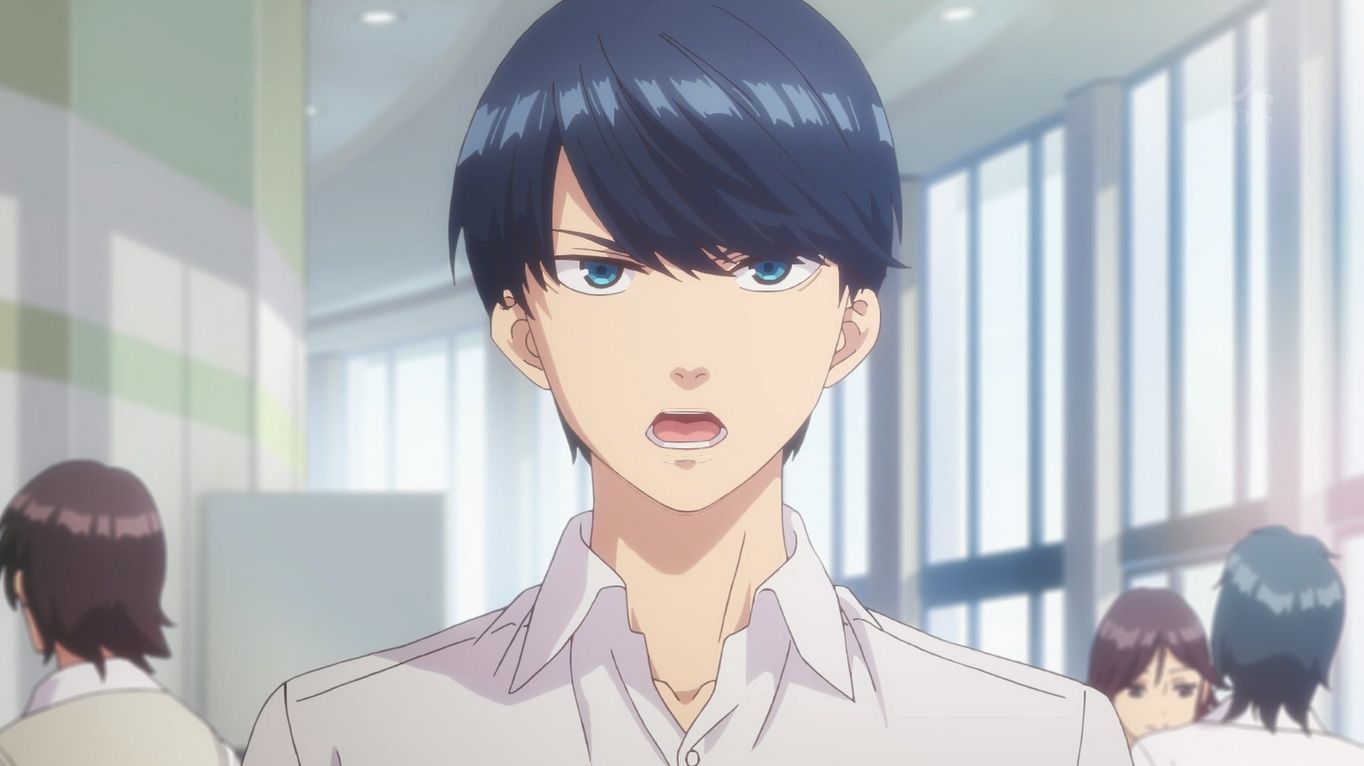 Uesugi Futaro is an academically gifted high school boy student, who always gets a full score on the exams. He is so smart that he can become the top student at school. While he is a serious and hardworking boy…… he is not sociable that much since he really speaks his mind.

One day, Futaro hears about a “highly-paid part-time job.”
That part-time job is…… “a tutor for wealthy daughters!” The pay is five times higher than the regular tutor’s part-time job!!! Since he doesn’t want to miss a chance, he accepts it right away but……! 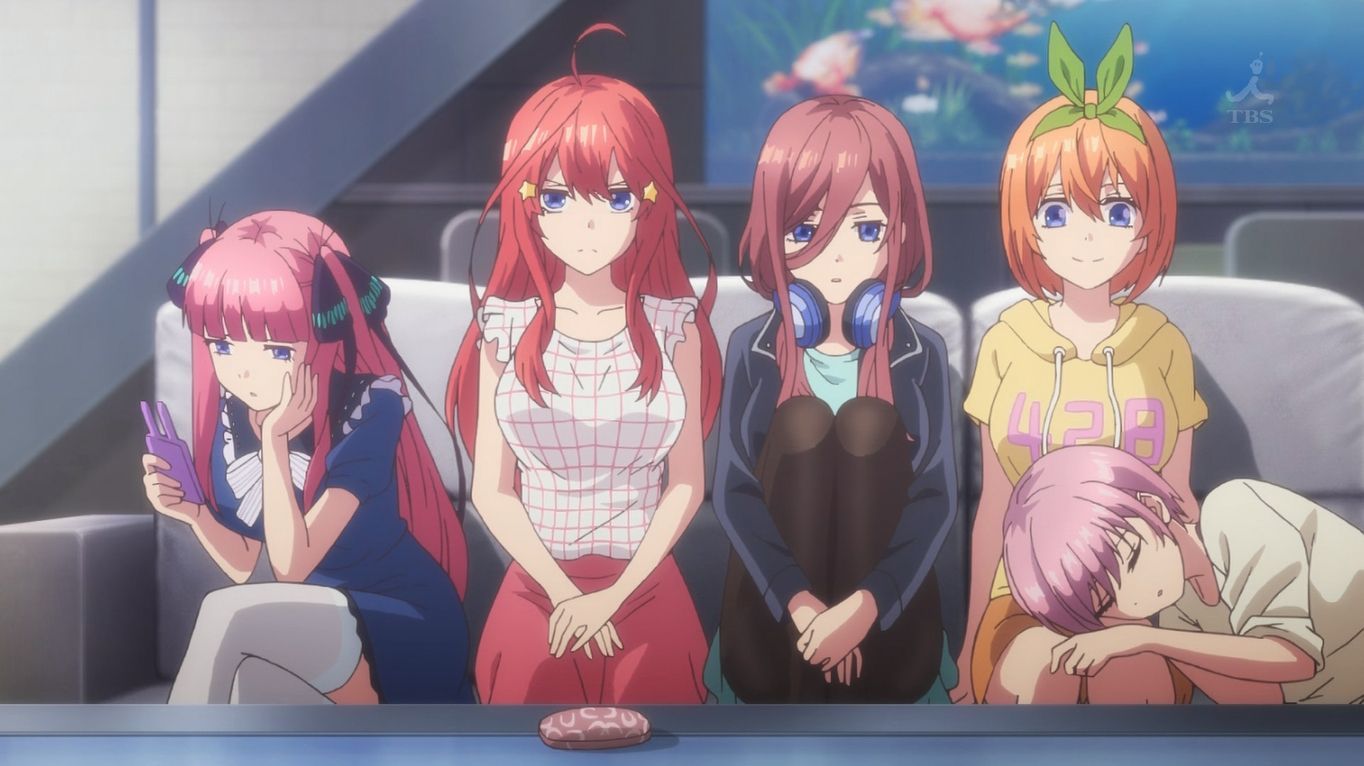 Guess that? The ones he will teach are the quintuplets! What’s worse, everybody’s academic performances are so low that they all are about to fail…… Futaro, then, understands why it’s a high-paid job and how tough it would be to take care of them……! 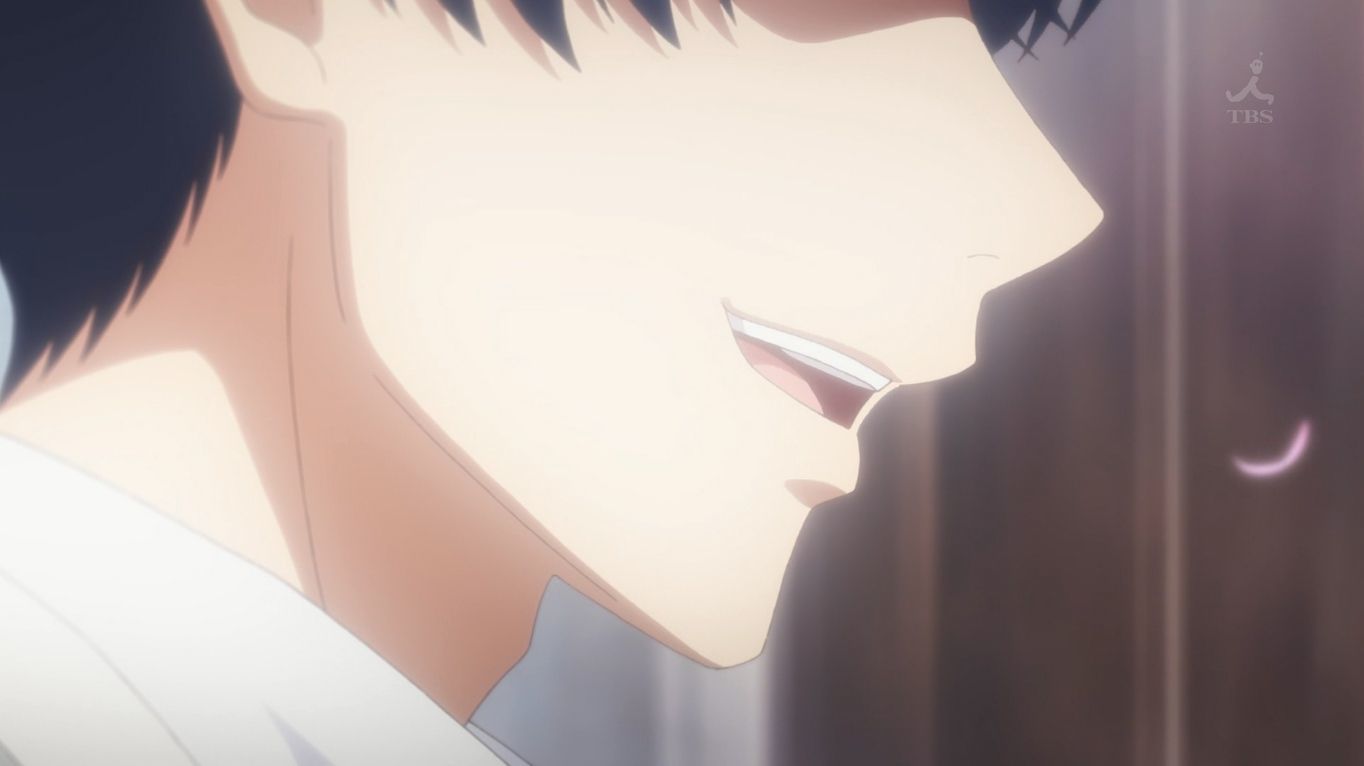 Are these five able to improve their grades!? And who’s gonna be Futaro’s future wife……!?

So! I’ll share a little info of such lovely quintuplets! As the story goes on, their hair or personalities gradually change…… so these are the basic info! 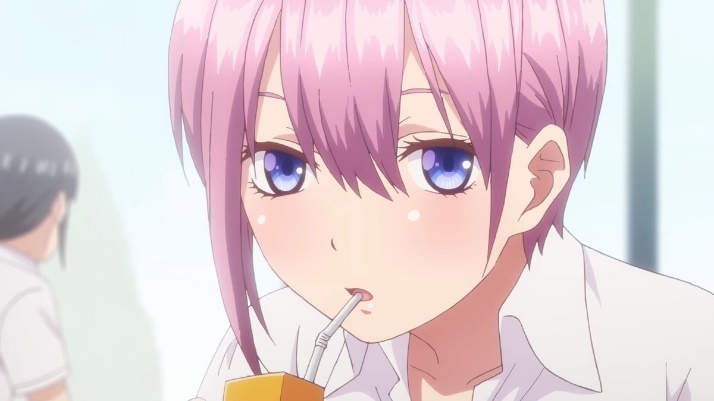 https://goodsrepublic.com/product/tag_page.html?tags=227022
She is the first sister of the Nakano Quintuplets. In a word, she is a mature older sister.
Since she is the oldest, she looks mature…… but sometimes she gets a little lazy. She loves to tease people, like a sweet little demon. 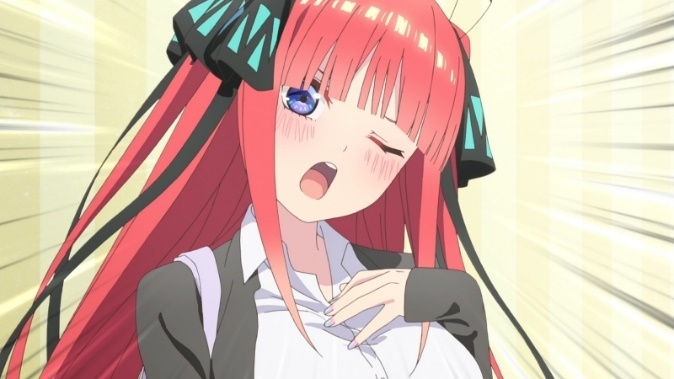 https://goodsrepublic.com/product/tag_page.html?tags=227021
She is the second sister of the Nakano Quintuplets. In a word, she is strong-willed and mature.
She perfectly does housework. She is able to cook very well and is interested in fashion as well. She tends to fight due to her strong personality, but she cherishes her sisters so much. 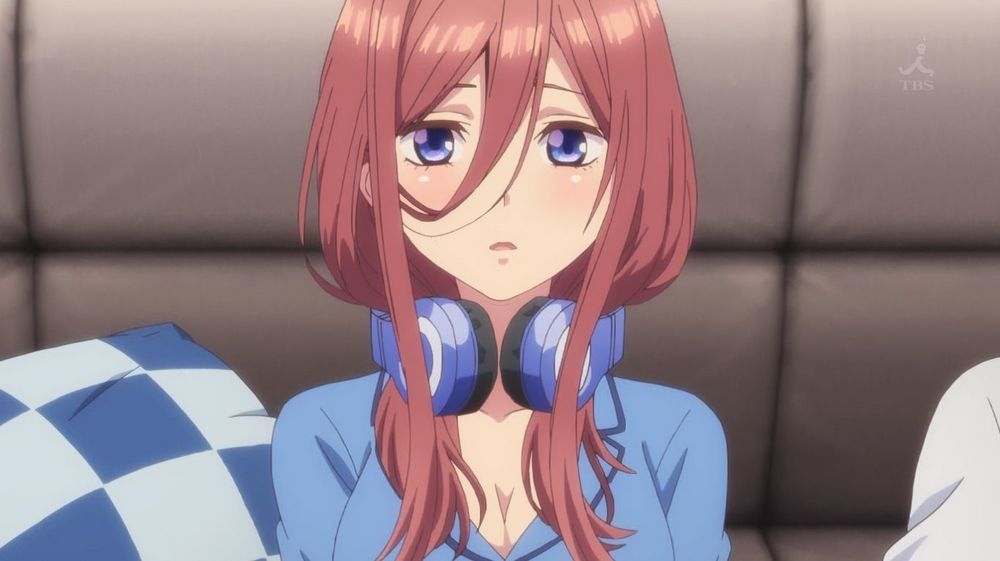 https://goodsrepublic.com/product/tag_page.html?tags=227020
She is the third sister of the Nakano Quintuplets. In a word, she has a cool and timid personality.
Compared to other sisters, she is not confident on herself. Although she is not good at making her opinion into words, she has passionate thoughts in her mind. Her acting’s skill is so high that she is good at dressing just like other sisters and complete her errands. 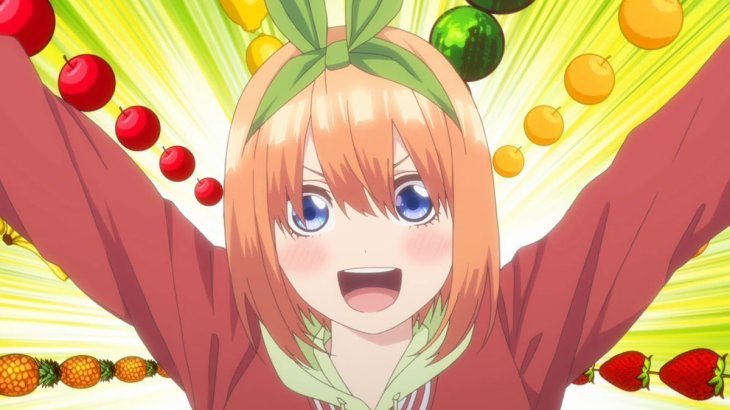 https://goodsrepublic.com/product/tag_page.html?tags=227019
She is the fourth sister of the Nakano Quintuplets. In a word, she has a cheerful, energetic and active personality.
She is always cheerful and positive, and has a selflessly strong tendency of helping people out. Since she’s not two-faced (it doesn’t mean other sisters are), she really looks disappointed when she’s not confident. 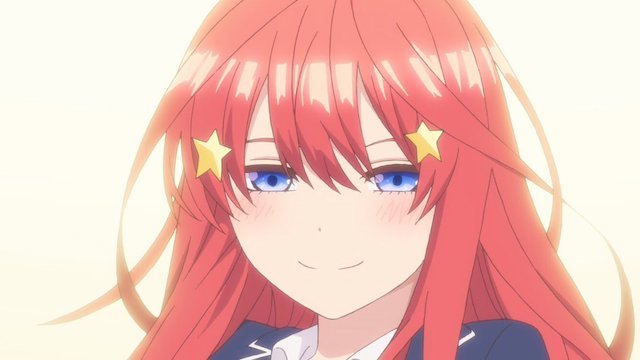 https://goodsrepublic.com/product/tag_page.html?tags=227018
She is the fifth sister of the Nakano Quintuplets. In a word, she is serious and diligent.
She’s so serious that she sometimes becomes clumsy and not well-organized. However, she is able to keep trying on everything. She is such a glutton.

Oh, yeah! They are all so attractive! My favorite one is Nino-Chan, who is mature and works hard on fashion or love but…… I also like Itsuki-Chan, who is such a hardworking girl and cheerful Yotsuba-Chan~! They are all so individual……
Actually, there’s nobody who I “don’t” like…… Their personalities differ but what they are in common is that they cherish each other so much…… 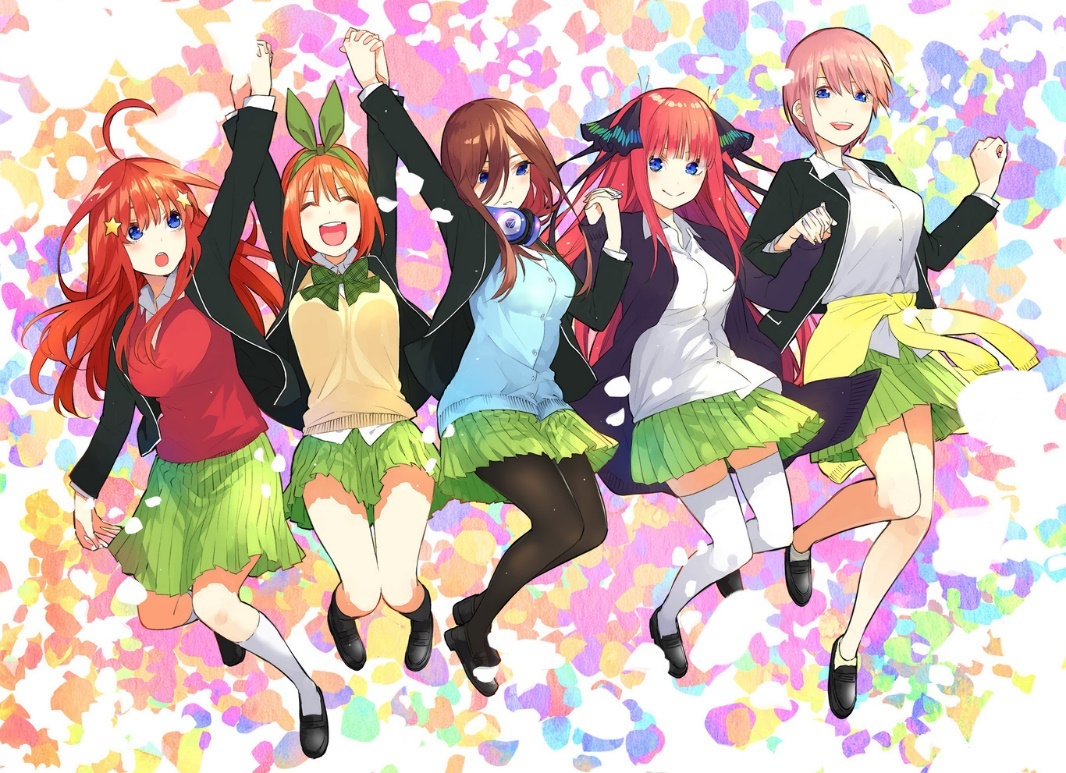 So…… for those who want to know how this love story ends up, watch a completed manga! For those who want to feel excited watching them, check out Season 2 of anime, now on air! I guess there will be Season 3 with 24 episodes coming up too!!!!!
Gotoubun no Hanayome
The Quintessential Quintuplets
▸

Oki-doki! This is all for today! I’ll see you guys at the next article!
Bye~!
Gotoubun no Hanayome (The Quintessential Quintuplets)